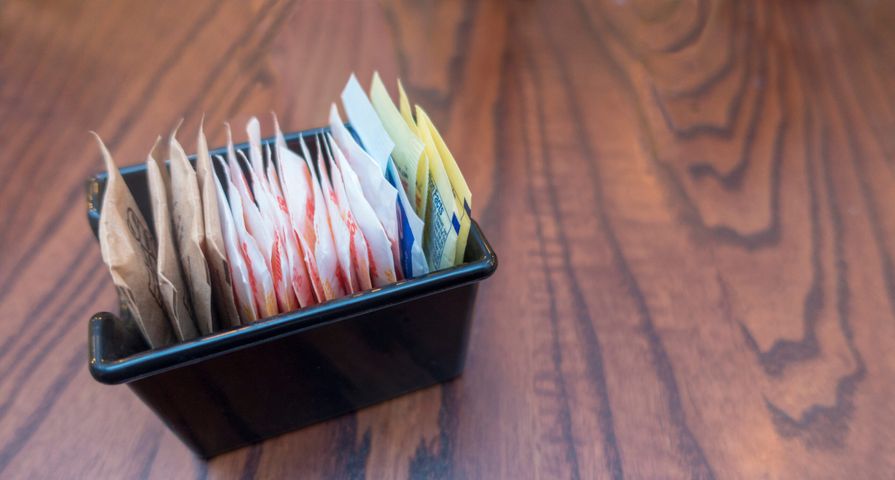 A quick walk down the drink aisle of any corner store reveals the incredible ingenuity of food scientists in search of sweet flavors. In some drinks you’ll find sugar. A diet soda might have an artificial or natural low-calorie sweetener. And found in nearly everything else is high fructose corn syrup, the king of U.S. sweetness.

I am a chemist who studies compounds found in nature, and I am also a lover of food. With confusing food labels claiming foods and beverages to be diet, zero-sugar or with “no artificial sweeteners,” it can be confusing to know exactly what you are consuming.

So what are these sweet molecules? How can cane sugar and artificial sweeteners produce such similar flavors? First, it is helpful to understand how taste buds work.

The “taste map” – the idea that you taste different flavors on different parts of your tongue – is far from the truth. People are able to taste all flavors anywhere there are taste buds. So what’s a taste bud?

Taste buds are areas on your tongue that contain dozens of taste receptor cells. These cells can detect the five flavors – sweet, sour, salty, bitter and umami. When you eat, food molecules are dissolved in saliva and then washed across the taste buds, where they bind to the different taste receptor cells. Only molecules with certain shapes can bind to certain receptors, and this produces the perception of different flavors.

Molecules that taste sweet bind to specific proteins on the taste receptor cells called G-proteins. When a molecule binds these G-proteins, it triggers a series of signals that are sent to the brain where it is interpreted as sweet. 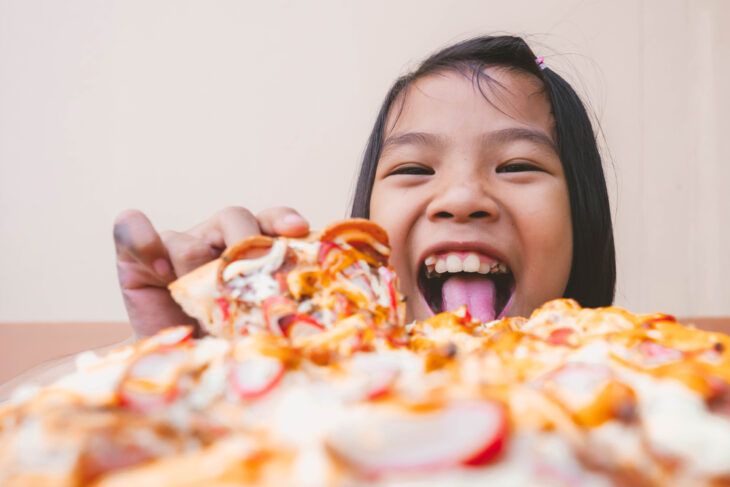 The simplest sugars are single-molecule sugars called monosaccharides. You’ve probably heard of some of these. Glucose is the most basic sugar and is mostly made by plants. Fructose is a sugar from fruit. Galactose is a sugar in milk.

When these sugars are eaten, the body processes each of them slightly differently. But eventually they are broken down into molecules that your body converts into energy. The amount of energy from sugar – and all food – is measured in calories. 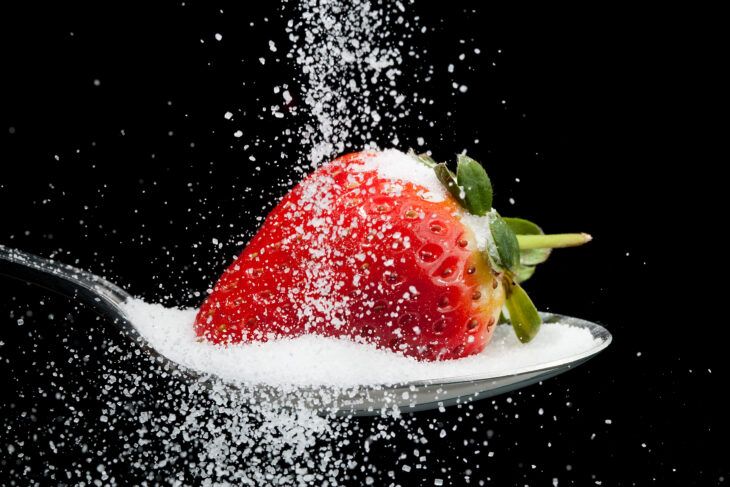 This blend is sweet and cheap to produce but has a high calorie content. As with other natural sugars, too much high fructose corn syrup is bad for your health. And since most processed foods and drinks are packed full of the stuff, it is easy to consume too much. 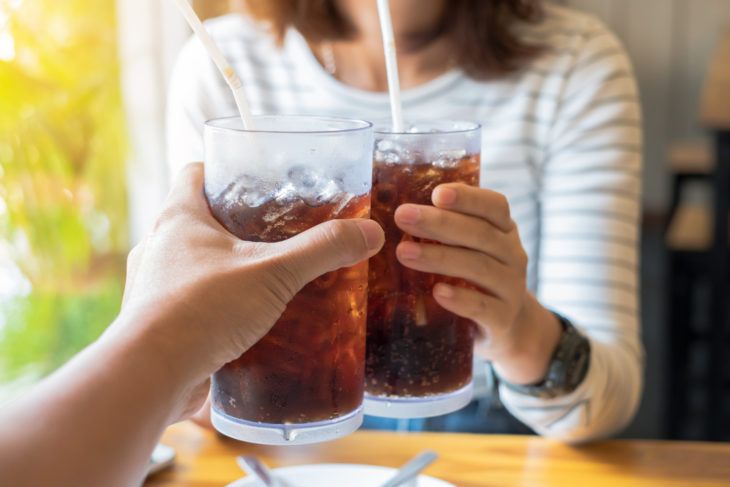 The second category of sweeteners could be defined as natural nonsugar sweeteners. These are food additives such as stevia and monk fruit, as well as natural sugar alcohols. These molecules aren’t sugars, but they can still bind to the sweet receptors and therefore taste sweet.

The human body has a really hard time breaking down both stevia and monk fruit. So even though they’re both really sweet, you don’t get any calories from eating them.

Sugar alcohols, like sorbital, for example, are not as sweet as sucrose. They can be found in a variety of foods, including pineapples, mushrooms, carrots and seaweed, and are often added to diet drinks, sugar-free chewing gum and many other foods and drinks. Sugar alcohols are made of chains of carbon atoms instead of circles like normal sugars. While they are composed of the same atoms as the sugars, sugar alcohols are not absorbed well by the body so they are considered low-calorie sweeteners. 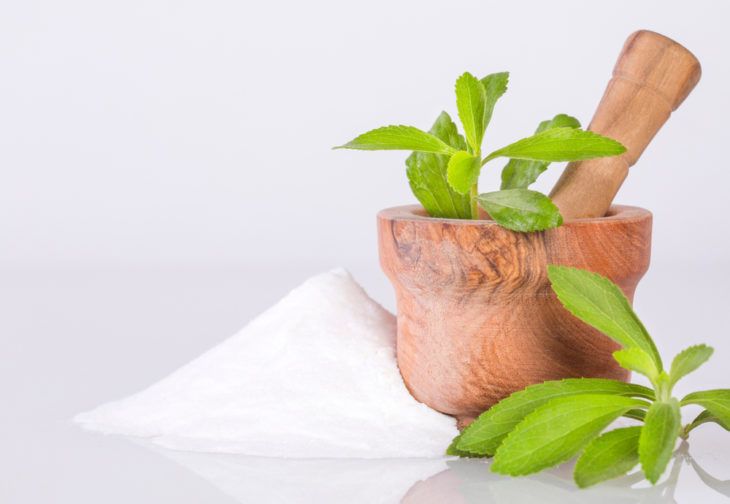 The third way to make something sweet is to add artificial sweeteners. These chemicals are produced in labs and factories and are not found in nature. Like all things that taste sweet, they do so because they can bind to certain receptors in taste buds.

So far, the U.S. Food and Drug Administration has approved six artificial sweeteners. The most well known are probably saccharin, aspartame and sucralose – better known as Splenda. Artificial sweeteners all have different chemical formulas. Some resemble natural sugars while others are radically different. They are usually many times sweeter than sugar – saccharin is an incredible 200 to 700 times sweeter than table sugar – and some of them are hard for the body to break down.

While a sweet dessert may be a simple pleasure for many, the chemistry of how your taste buds perceive sweetness is not so simple. Only molecules with the perfect combination of atoms taste sweet, but bodies deal with each of these molecules differently when it comes to calories. 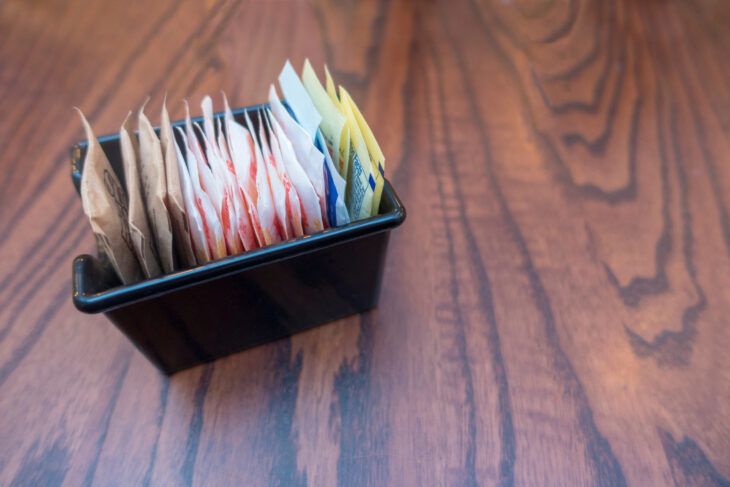 Kristine Nolin, Associate Professor of Chemistry, University of RichmondThis article is part of a series examining sugar’s effects on human health and culture. You can read the articles on theconversation.com.

Associate Professor of Chemistry, University of Richmond. This article is republished from The Conversation under a Creative Commons license.