The 10 Most Common Fear Motivators 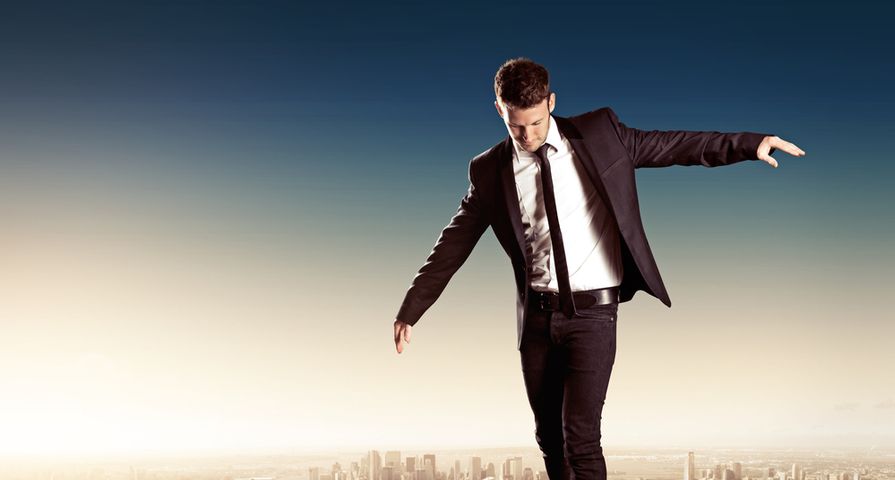 Fear is said to be the most powerful emotion known to humankind. More powerful even than love. Our very survival depends on it. Fear is triggered in the most primitive part of our brain. The part responsible for alerting and protecting us from danger. Keeping us safe. Keeping us alive. Fear in the form of the fight or flight response to stress originated with our earliest ancestors when confronted with life threatening danger.

When the cave man stumbled into the path of a Saber-toothed tiger his fight or flight response was triggered. His heart rate shot up, pumping oxygenated blood to his muscles, his breathing rate increased, blood was diverted from his brain and organs to supply his muscles, and adrenaline was released into his bloodstream. All these things occurred so that he could either fight the tiger or run for his life. We no longer have Saber-toothed tigers to contend with. However today it’s often our own irrational fears that send us running for cover. Let’s take a closer look at what motivates humans to fear…

Fear of failure or “atychiphobia” can be so paralyzing that it can prevent you from moving forward to achieve your true goals. People who suffer from this fear often subconsciously undermine their own efforts to avoid disappointment or failure. Many people who grow up with overly critical parents, carry the humiliation and negativity into adulthood with them. This fear can be show up as a reluctance to try something new, self-sabotage, anxiety, low self-esteem and perfectionism.

The fear of failure can act as the catalyst for mental illness such as generalized anxiety disorder, depression, or obsessive-compulsive disorder. Some people with a fear of failure may appear successful in one area such as wealth accumulation, but suffer in their interpersonal relationships. They are unable to achieve a work-life balance and never feel happy no matter how much money they acquire. 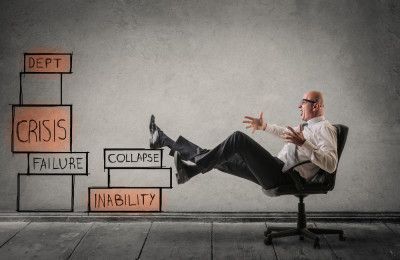 For some people who suffer from PTSD (post-traumatic stress disorder) the feelings of arousal associated with success or achievement feel uncomfortably similar to the feelings they experienced during their traumatizing past event. This can lead them to avoid any and all excitement-inducing circumstances in their lives in order to maintain a sense of safety and calm.

Another reason people may fear success is related to mixed messages society sends regarding those who succeed. It has been linked with negative characteristics such as competition, envy, or evil. Still others may have internalized verbal abuse such as being told they were losers or would never amount to much. Subsequently they live down to these expectations. 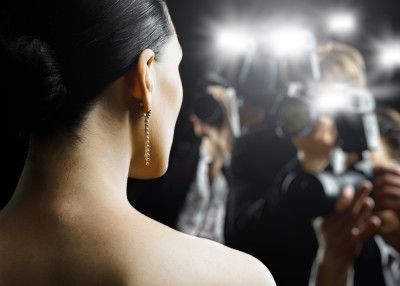 Tragically, for some the fear of their future demise can be so overwhelming that they forget to live in the now.  Other variations of this fear include fear of dying alone, fear of dying in pain and fear of dying without all your mental capacities intact. 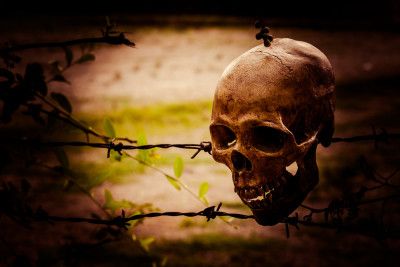 4. Fear of Commitment or Intimacy

Approximately 17-percent of adults suffer from a fear of intimacy or closeness in relationships. This subconscious pattern of interacting originates from ingrained biological reactions in the brain associated with certain parenting practices in childhood. People with this fear often had dismissive or rejecting parents who were unable to fulfill their childhood needs for safety and security. Parents may have ridiculed the child’s neediness as weakness or used shame to control them (for example, “boys don’t cry”).

When a child is unable to express their emotions and a parent reacts with intolerance, rejection, or punishment that leaves the child with one option. To avoid negative emotions altogether and the unpleasantness it brings. As adults, these children ignore social cues that signal being marginalized or rejected. Intimacy in relationships creates vulnerability with the possibility of rejection and hurt, and therefore is often avoided by people suffering from this fear. 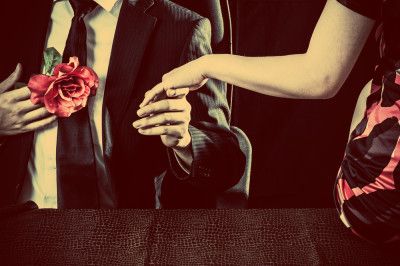 Arachnophobia is an intense and irrational fear of spiders. It is one of the oldest and best known fears. Some scientists have theorized that arachnophobia is an evolutionary fear that developed over centuries to protect us. This is because many spiders are venomous and can cause infection, disease or death.

Researchers in the UK found that as many as 32-percent of women and 18-percent of men expressed feelings of anxiety or extreme fear around spiders. Causes of arachnophobia may include a learned response from witnessing others afraid of spiders, a chemical imbalance in the brain, or a traumatic life experience involving spiders. 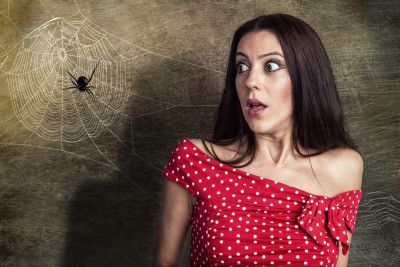 A fear of flying is the fear of being on board a helicopter or airplane while it is flying in the air above the ground. This fear can be a learned response to other’s similar fear or can develop in response to a traumatic event while in flight. For example if during a flight, extreme turbulence necessitated an emergency landing; a person may develop anxiety or a fear of flying in future.

Statistically, flying is one of the safest modes of transportation. Another factor that can play a role in this irrational fear is that human beings cannot naturally fly. We are land creatures, used to having both legs on the ground at all times. Falling down leaves us vulnerable and out of control. Flying is unnatural to us and can exacerbate feelings of loss of control and anxiety. 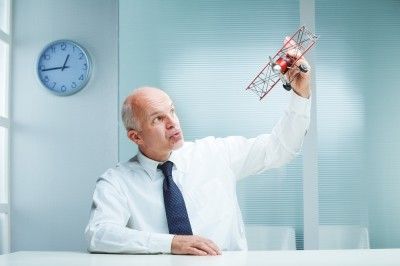 Glossophobia is the fear of speaking in public speaking and can afflict people from all walks of life. This can manifest itself as a generalized fear of speaking, fear of speaking in front of others or when it affects actors and musicians it can lead to stage fright. Symptoms may include extreme anxiety, or panic prior to or at the mere thought of addressing a group of people. Physical, verbal and nonverbal symptoms may arise. 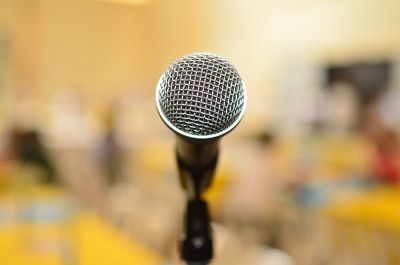 Acrophobia is an irrational fear of heights. This fear has its roots as a healthy defense to keep us safe from doing things such as walking off a cliff. However when taken to an extreme it can be debilitating and cause us to freeze.  For example some people experience extreme and crippling anxiety at the mere thought of climbing on a ladder or getting up on a roof.

These activities can be perfectly safe if proper precautions are taken. This irrational fear affects thousands of people. Young, old, male, female. Famous people afflicted by a fear of heights include Whoopie Goldberg, John Madden, and Woody Allen. So if you suffer from a fear of heights you can take comfort in the fact that you’re not alone. 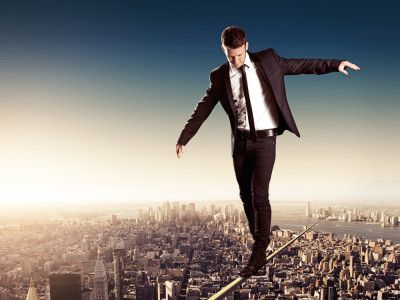 This irrational fear is common in millions of young children whose anxiety is heightened when the lights go out at bedtime.  According to Dr. Jenn Berman, PhD, “The fear of the dark tends to evolve around the time children are old enough to have a sense of imagination.” This commonly occurs between the ages of 2 and 3. At this age children have difficulty distinguishing fantasy from reality.

At night there is less stimulation to keep their minds occupied and their imaginations can run wild. This is a time when they may envision monsters under the bed or in the closet ready to descend upon them the minute the lights go out. Leaving a light on in the hall or a night light in the room can be helpful measures parents can employ. Restricting TV time and carefully monitoring what young children watch can also help reduce night time fears. 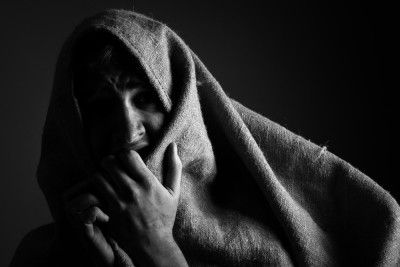 Fear of rejection is a deep seated human fear that can be especially problematic. Humans long to be accepted and this basic primitive need is entrenched in our very survival as a species. Children who grow up in dysfunctional families may go to unhealthy extremes to be accepted by romantic partners or peers. They usually suffer from low self-esteem and fear being ostracized or rejected. They imagine catastrophic consequences as a result of not fitting in. The fight or flight response to stress may be triggered, causing them to take dangerous risks or go to extremes to avoid being rejected by their social circle.

On the other hand, if they become clingy or go overboard they may inadvertently cause the rejection, which they struggled so hard to avoid. Like all fears, the fear of rejection does not occur in isolation. If you find your life frozen by irrational fear it may be time to seek some professional help to get you back on track. The sooner you take control, the sooner fear will no longer rule your life. 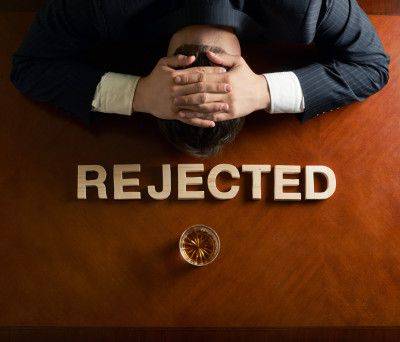 Debbie has been a registered nurse for over 25 years with experience in geriatrics, medicine, surgery and mental health. For the past four years, she has practiced as a crisis nurse in the ER. Debbie lives on a farm with her family, two dogs, a cat, and four horses.