Cheapest Cities to Retire in Canada 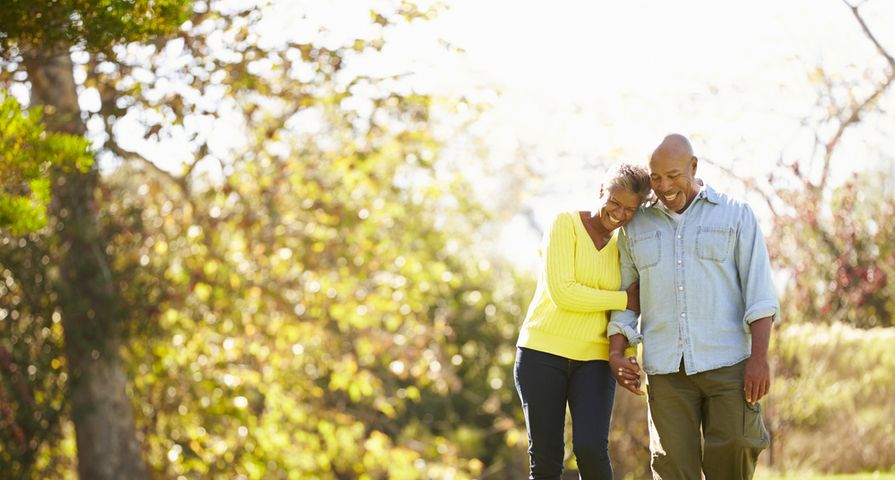 One of the biggest choices you’ll make in adulthood is where to settle down in retirement. Whether you’re looking to live in a bustling city, quiet small town, or something in between, the most important factor to consider is affordability. A number of things come into play for affordability from housing costs and transportation to insurance, healthcare, and lots more.

Canada is a country worth looking into for retirement. It has diverse areas to live in, beautiful scenery, friendly people, and plenty of things to see and do. Of course, some areas in this country are cheaper than others. We found some of the best places to retire in Canada if affordability is at the top of your wish list.

Move to the sixth most affordable city in the world for middle-income housing. Saint John, New Brunswick is a beautiful and cheap place to live during retirement. The average rent for a one-bedroom apartment is $825 (USD) per month while the median home price is $168,000.

The city is known for the Bay of Fundy and St. John River, which provide residents an ideal balance of urban and natural living. It’s a city with historical late 19th-century buildings, cultural institutions, lively nightlife, and more. 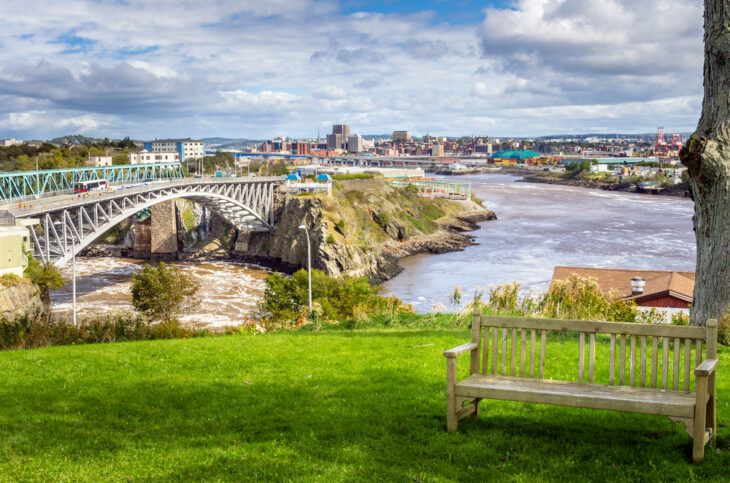 Settle down near one of the Wonders of the World in Niagara Falls, Ontario. This vibrant city provides ample opportunity for year-round activities that include biking and walking trails, golf courses, casinos, wineries, and community centers.

It’s also conveniently located along the U.S. and Canadian border, allowing you to quickly travel into Buffalo for your shopping and entertainment needs.

Niagara Falls is a cheaper alternative to city living compared to Toronto, which is less than a 2-hour drive away. Numbeo.com reports that its rent on average is over 41-percent less expensive than the province’s capital. The average monthly cost for a one-bedroom apartment outside the city center is $934.07. 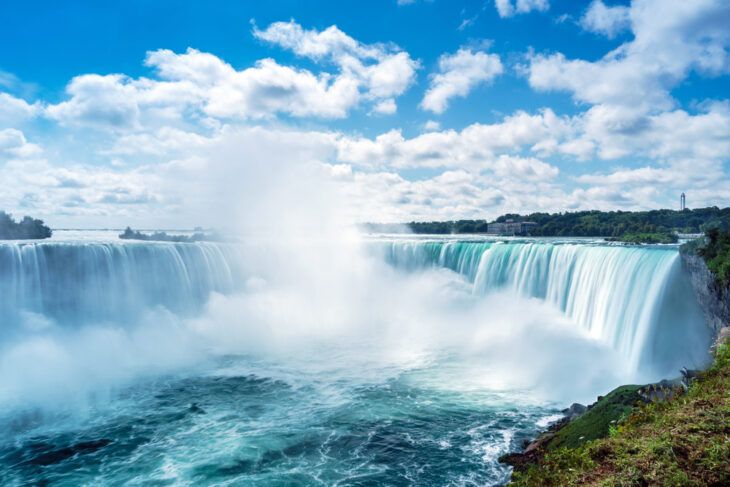 A short 20-minute drive from Niagara Falls will land you in St. Catherines, Ontario. This beautiful city is full of charm and friendly people and is a great place to retire.

According to Zolo, the average monthly cost of living is about $1,560 (CAD) which is about $1,225 (USD). If you love beautiful gardens and spending time outdoors you’ll love exploring “The Garden City.” The source notes, “you can spend your day relaxing in lush parks, going on mild hikes and basking in gorgeous garden views.” 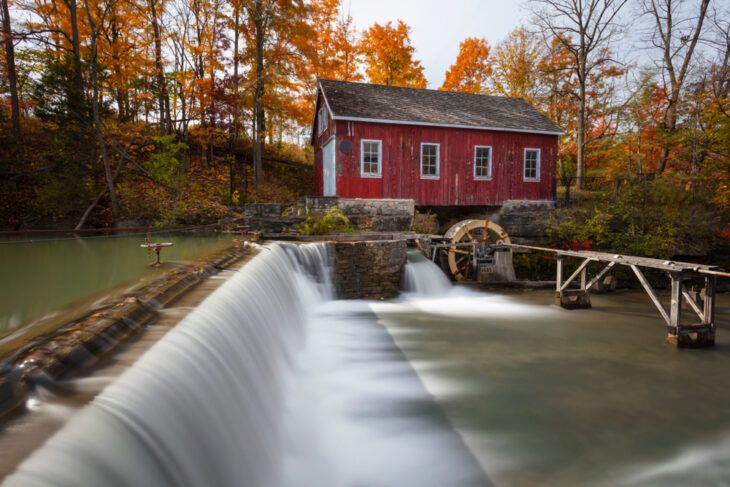 Live through all four Canadian seasons in the city of Winnipeg, Manitoba. It’s home to the 11th-largest freshwater lake, the Winnipeg Jets hockey team, and the Blue Bombers football team. There’s no shortage of activities, restaurants, and attractions to keep you busy throughout retirement.

Winnipeg is also quite affordable for seniors with just $902 (USD) spent on a single person’s monthly cost of living. Rent for a one-bedroom apartment can be as low as $777.36 per month. 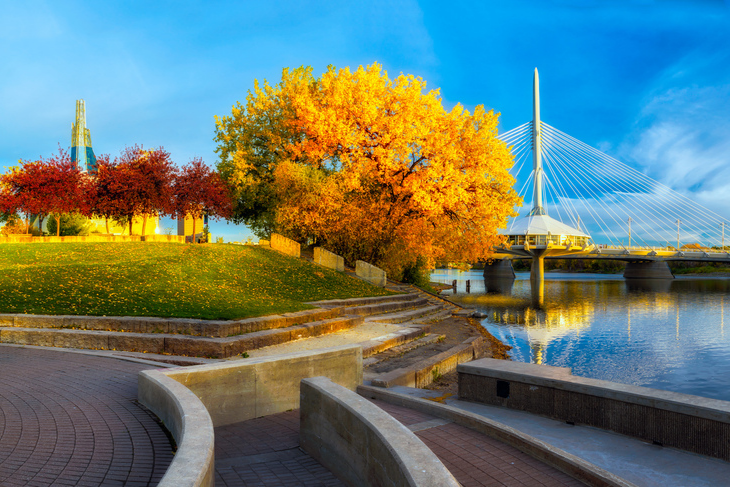 Explore the outdoors while living in Prince George, British Columbia. The town has 1900 hours of sunshine per year and is less than an hour away from a whopping 1,600 lakes and rivers.

Its central location makes you just an hour plane ride away from cities like Vancouver, Calgary, Edmonton, and Victoria. Anywhere in the city of Prince George itself is just a 15-minute car ride away, making all the goods and services retirees need within reach.

Residents can enjoy a low cost of living in Prince George. Numbeo.com reports just $895.23 (USD) monthly living costs for a single person and rent as low as $736.08 per month for a one-bedroom apartment. 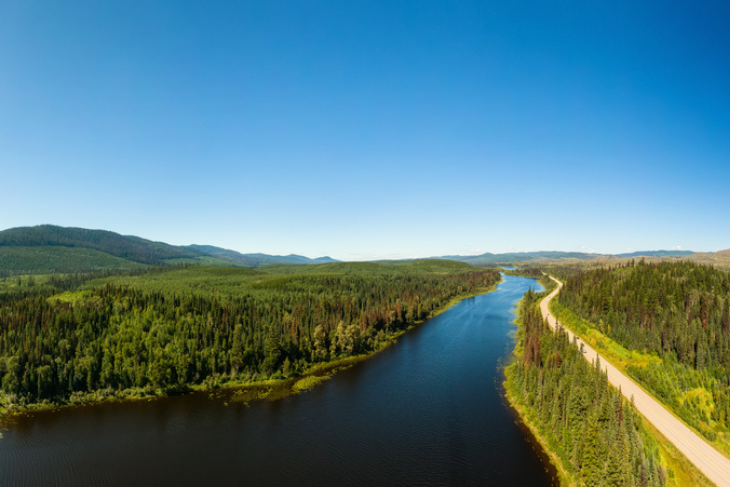 With sweeping landscapes, northern lights, and stellar sunsets, it’s no wonder why Saskatchewan is known as the Land of the Living Skies. Saskatoon, a city with over a quarter of a million residents, has strong community life and excellent health care services.

Saskatoon allows you to live in a major city without paying major prices. It’s known for its low-priced real estate and having the lowest provincial sales tax in the country. Plus, the average rent outside the city center is $734.86 per month. 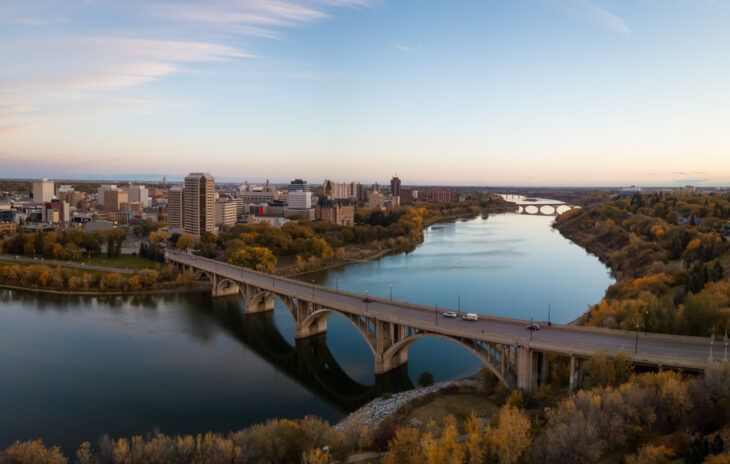 The capital city of New Brunswick is a place to consider for retirement in Canada. Fredericton is home to around 111,024 people. It’s an east coast city that caters to both metropolitan enthusiasts and small-town dreamers.

Seniors can expect to pay low costs of living across the board in Fredericton. It has low housing prices, property taxes, and overall living expenses that can fit your retirement budget. The average house price sits at just $237,900. 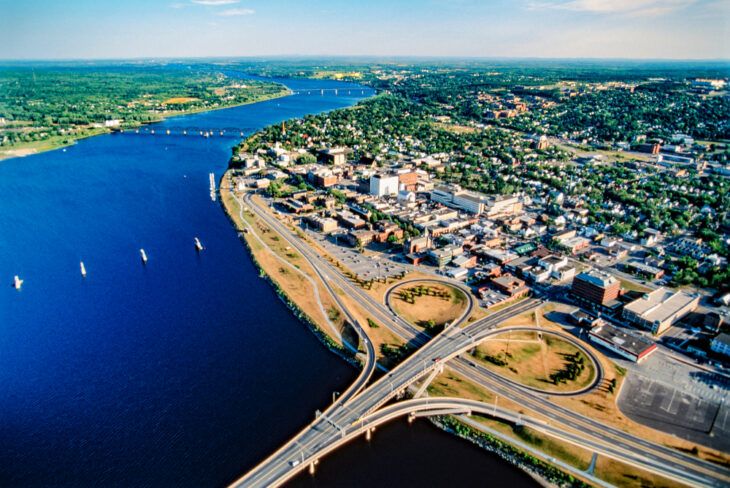 One of the cheapest places to retire in Canada is Sherbrooke, Quebec. This charming French-speaking city is home to over 161,000 people and is located near major railways and highways. It’s insanely affordable, averaging at just $506 (USD) monthly for a one-bedroom rental in the city. The monthly living costs for a single person averages at $884.

Sherbrooke is equally lively as it is relaxing. Residents can enjoy urban living in the city center, then escape to one of three rivers for canoeing or kayaking, 14 walking trails, and 125-kilometers of cycling routes. 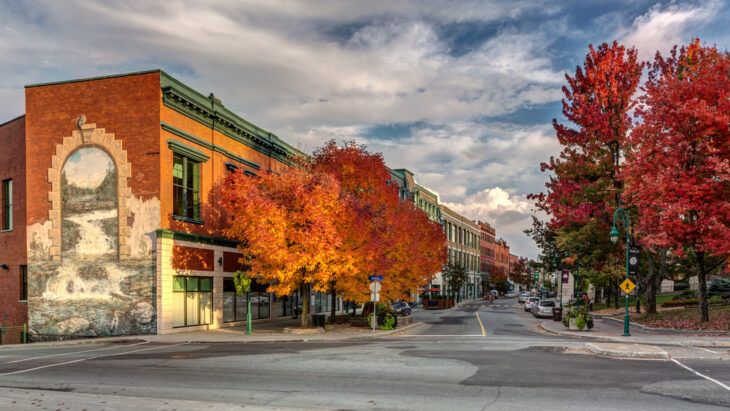 With just 13,248 residents, the town of Wetaskiwin is a place for seniors desiring a quiet and slow retirement. It’s the smallest town in Alberta and is located just 45-minutes south of Edmonton.

Seniors can enjoy this walkable and affordable community that’s connected to two major highways. The average cost to own real estate is $203,391. 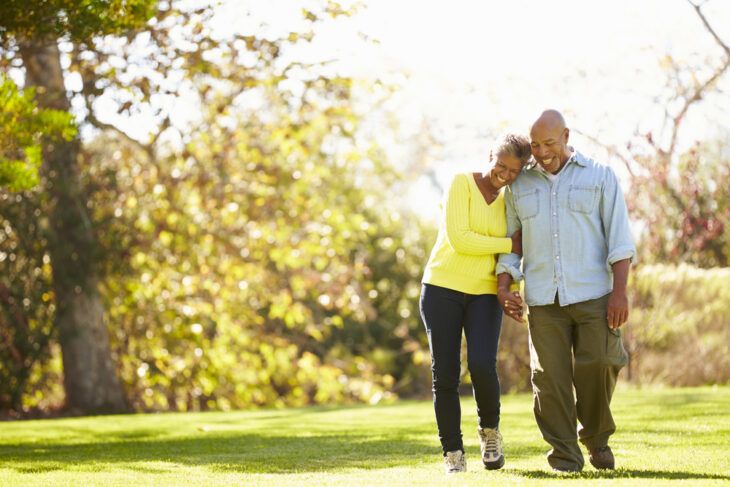 Situated along the St. Lawrence River is a quaint little town known as Brockville, Ontario. With just over 21,000 full-time residents, it’s a place to settle down for seniors seeking a quiet retirement.

Whenever you feel like heading to a big city, you won’t have to venture far. It’s just an hour away from Ottawa and 2-hours away from Montreal. The town is also very close to the border if you’re looking to visit the U.S. You can purchase real estate here for an average of $294,524 (USD). 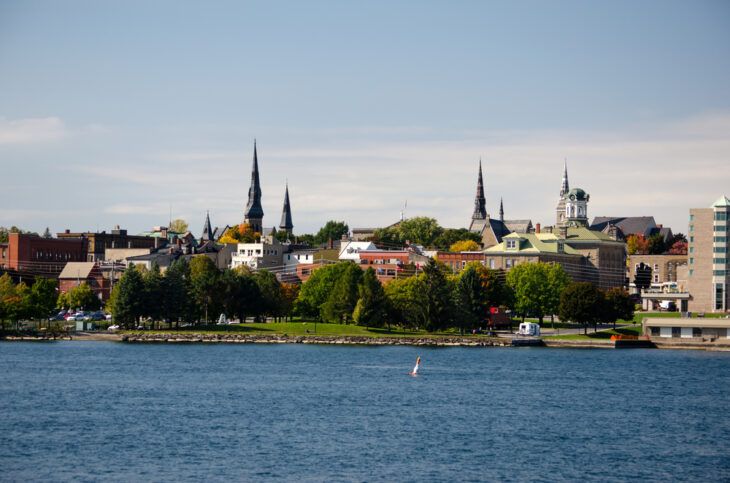 There is good reason to retire in the capital city of Nova Scotia. Halifax is a major city on the east coast. It combines city living with its prime location along the Atlantic Ocean. The city is perfect for retirees looking for a bit of adventure with a love of seafood.

Halifax has various neighborhoods with a range of real estate prices. You could pay one-bedroom rent in the heart of the city for an average of $1,412 (USD). The monthly costs of a single person linger around $1,191. 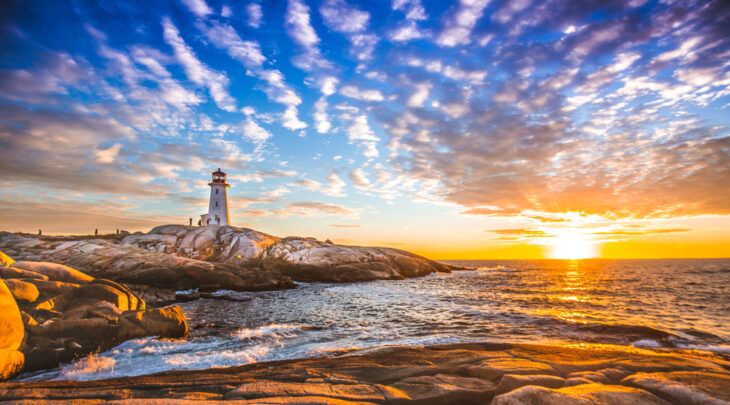 Another eastern Ontario gem for retirees is Kingston. The city made Zolo’s top 10 list for best places to retire thanks to its low cost of living and health care. It has a population of 100,000 people and over 9,100 health care professionals.

According to The Whig, the cost of living is just $1,791 (USD) per month. Residents can enjoy a small-town lifestyle with plenty of activities. Some ideas include taking a stroll at Lake Ontario Park, seeing a show at the Grand Theatre, and lots more. 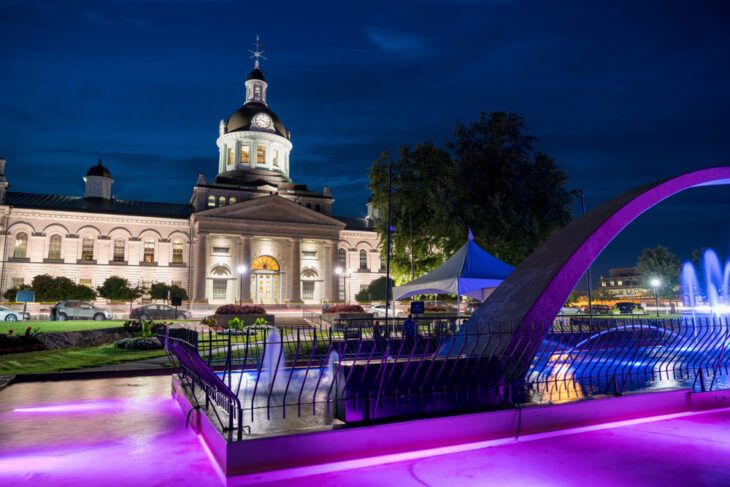