Managing the Holidays with Kids and Diabetes 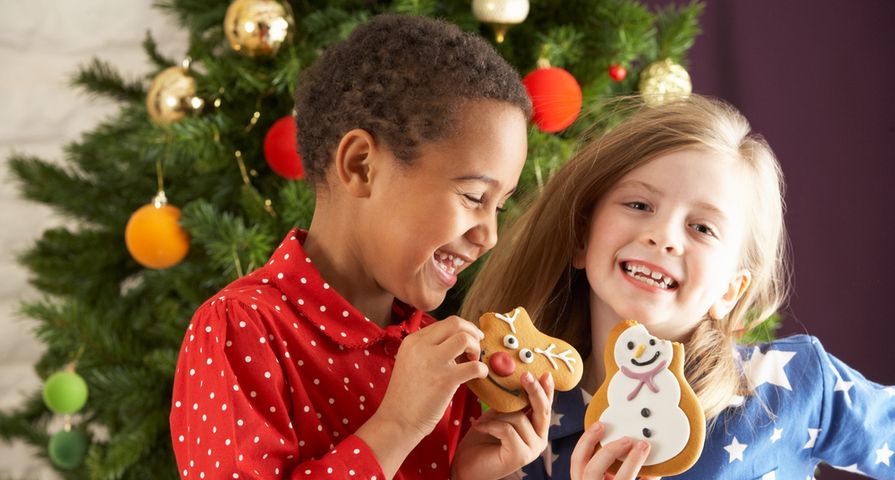 The holidays are right around the corner.  Since childhood, winter holidays like Thanksgiving and Christmas were a huge deal. We had so much fun getting ready for the holidays and make a clear and conscious decision that diabetes was not going to be the spoiler to any of our holiday fun. While it might seem ignorant to ignore the fact that these two major holidays which largely center around food and treats might be a huge challenge for people with diabetes, they aren’t completely off the table.

There are ways to manage this holiday season and still have fun! Here are some of my tips on how to juggle kids, diabetes, and the holidays.

Want diabetes content delivered straight to your inbox? Sign up for our Diabetes newsletter and receive exclusive news and articles written from our team of diabetes experts.

The obvious thing to first understand is just that, the holidays are meant to be crazy! The house is swirling with activity, laughter, joy, family, friends, going-out, food, and having fun. If you start to break these down and think one must do without because of diabetes, one would be making a wrong decision.

The first rule of thumb dealing with anything regarding your kids, is just that, they are kids. Be very careful to make sure that you are not treating your child with diabetes as if they are doing something wrong when it comes to the holidays. 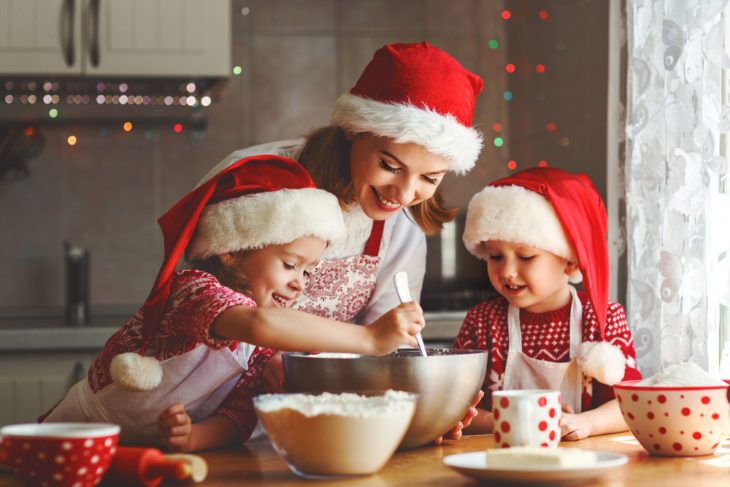 Focus on the Positive

Stay away from sweets, cakes, and also do not run around a lot and make your glucose numbers crash as a low because you were having too much fun.  And by the way, I know this is the house with your favorite cousins so enjoy yourself, but sit still.

Don’t do that. Focus on being positive!

Do not make the holidays a list of things ‘not to do’. What kid wants that over their head during this festive time of the year? Be quick to recognize (or bring your own) ‘free foods’ to have as snacks for your child. These can go a long way between the real sweet delights. And do not be afraid to make it about choices when it comes to the pumpkin pie.

You also want to set the stage for your child’s future and make them aware of how to handle their condition and these types of events. Ask your child questions when it comes to all things snacks. “Do you think you can have all of this?” Or ask, “Might some of it now be acceptable? And maybe this or something even better a little later?”  Ask the question, “What do you think?”

Hear their answer. Always remember that kids wait all year for these special holidays …allow them to enjoy them. 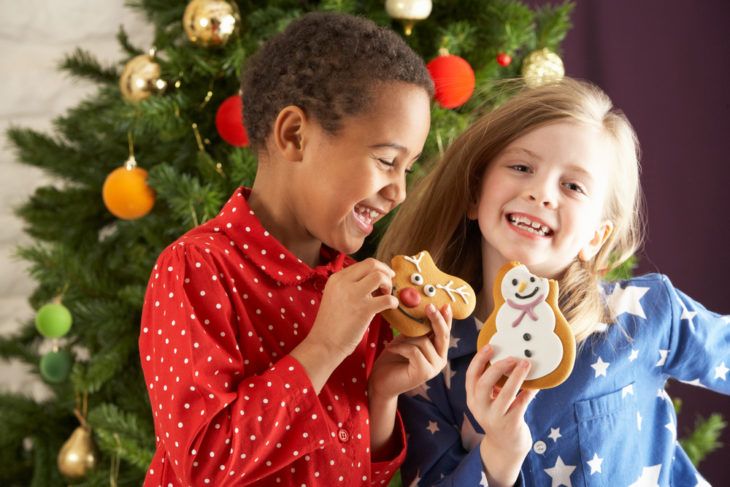 Let’s Talk About Foods—It’s About Balance

Listen, it’s the holidays and food is a huge part. Have a good deal of non-starchy vegetables available. They are low in carbs and do not be afraid to substitute zucchini, celery, cucumbers, and celery as ‘nosh’ type snacks. (Here are some Holiday Superfoods Worth Celebrating).

It’s no secret how much carbs play a role in the holidays — much more than the ‘normal-run-of-the-mill’ days. However, the more we know about the impact of many foods, the more we can counteract the effects. Break up the plate with a variety of foods. For example, take quarter of the amount of stuffing and make sure there’s a good portion of vegetables included. If your child sees everyone’s plate full and there’s looks like the morning ration of the rest, you’ll be heading for trouble. 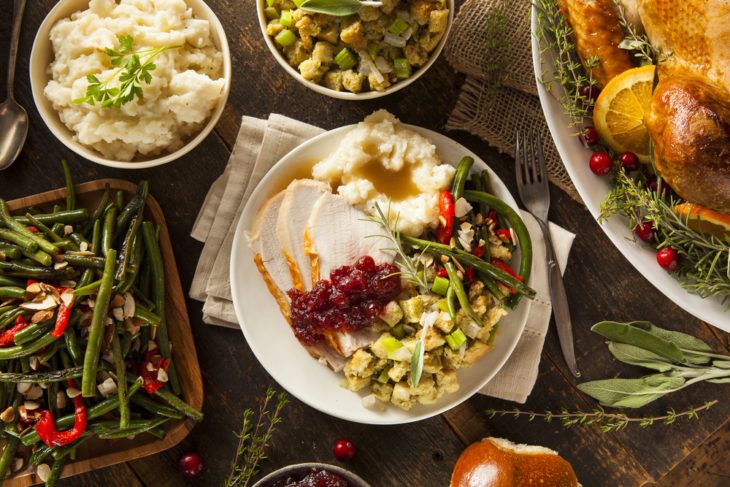 There is nothing to say that the almost 2 months in and around holidays cannot have some sort of a routine. Do not make your child go without because they are ‘banking’ to eat more after they skip a meal. One cannot eat more because they skip meals, this is a no-no. Have full and balanced meals and when it comes time for the ‘holiday meals’ they really will not be all that different than everyday meals.

Do not be afraid to call ahead and ask the dinner menu so you can prepare your child and always (and I mean ALWAYS) ask if you can bring a dish to share. Have your kids help you make it. Same thing with desserts. There’s an army full of recipes you can use to make healthier choice desserts and snacks. Remember the rule; R-N-R. Replace, Not Remove. (Check out these Diabetes-Friendly Thanksgiving Recipes). 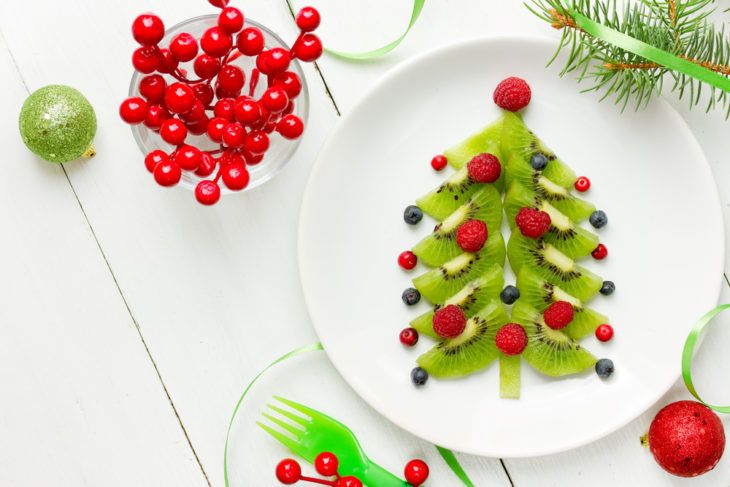 Be smart with your holidays and your kids. Don’t take four helpings of stuffing and then give your child a carrot. On and in so many different occasions, they will exemplify you. Make the choices you would want them to make. And remember above everything else that kids are kids. They will make mistakes but nothing so large that it cannot be rectified if needed.

I cannot tell you how many times I have seen parents of children with diabetes talk to their children as if the cookie they just ate is the worst thing since war. It’s not. If you make it taboo…it becomes taboo. Talk with them, not at them.

No one knows your child better than you do and with a few minor adjustments the holidays can remain just that, the holidays. We were able to enjoy so much because we bought diabetes along for the ride, but diabetes did not drive the car. You can do the same. 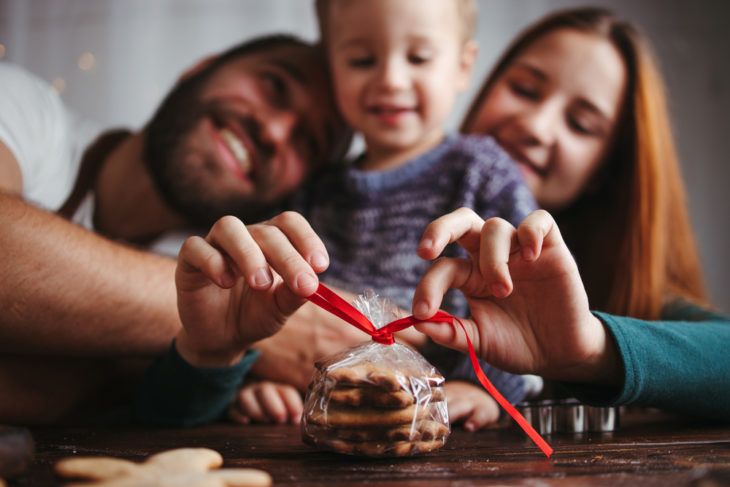 Twas the Night Before Christmas…

‘Twas the night before Christmas, when all through the house,
Not a creature was stirring, not even a mouse.
Masks, sanitizers, were displayed with such care
Knowing Santa will need to distance 6 feet this year.

The children were nestled from head to their feeties
while thoughts, or a dream, of no more diabetes
And mamma in her ‘kerchief, and doing many tasks,
Dad is searching for the newest in holiday masks.

When out on the lawn there arose such a clatter,
I sprang from the bed to see what was the matter.
I ran to the window with something to say,
Who would be arriving the night of this holiday?

The moon on the breast of the new-fallen snow
Gave the luster of new hope to all who were below,
When, what to my wondering eyes should appear,
But a miniature sleigh, and eight tiny reindeer.

With a little old driver, so lively and quick,
I knew in a moment it must be St. Nick.
He called to all eight as if playing a game,
He called to each giving an oddest of name.

Elections, health, and costs high,
The world continues asking the ‘why’?
I would do what I could to be able to see,
If he would take the time to explain it to me.

Many things were good, many programs would run,
I knew much was complete, but more needed to get done.
The education is important for everyone to hear,
We’re ramping up, we’re all getting in gear.

And then, in a twinkling, I heard on the roof
The prancing and pawing of each little hoof.
I became so excited, I started to dance,
Now is the time, now is my chance.

He was dressed all in fur, from his head to his feet,
I wondered what would happen when finally, we’d meet;
A bundle of goodies he had flung on his back,
Would he take time to talk, or would he just unload his pac

But quickly he spoke, ‘It’s not the greatest fighting this disease,
We all need to continue to ask as we drop to our knees,
That diabetes things will get better and rightfully quick,
Good things to come, and not all from St. Nick.

Listen carefully as you think what needs to be done,
When you get an idea, launch it, take it and run.
Don’t leave it to others; it’ll be just a few,
Just don’t do nothing, is what you must do,

Much can be done so diabetes isn’t known,
So many are getting it done by doing unknown.
Just think of others and soon you will see,
You’ll get great things done and will continue to be.

And if you think you’re done, tired, and feeling so sore,
Think of your loved ones with diabetes, it’ll make you do more
And if not for you, it will be fore their sake,
None will stop at all, till they all get a break.

Others will join in the lead and we will all see,
Better products, more work, and great advocacy.
Better pumps, and CGMs by the score,
There much new coming and we’re dreaming for more.

The work will continue, the ‘where’ is up to you.
But you have to make the decision on something you’ll do.
And one day we’ll scream and exclaim, “diabetes is gone from all of our site,”

The Happiest Christmas ever, and to all a good night! 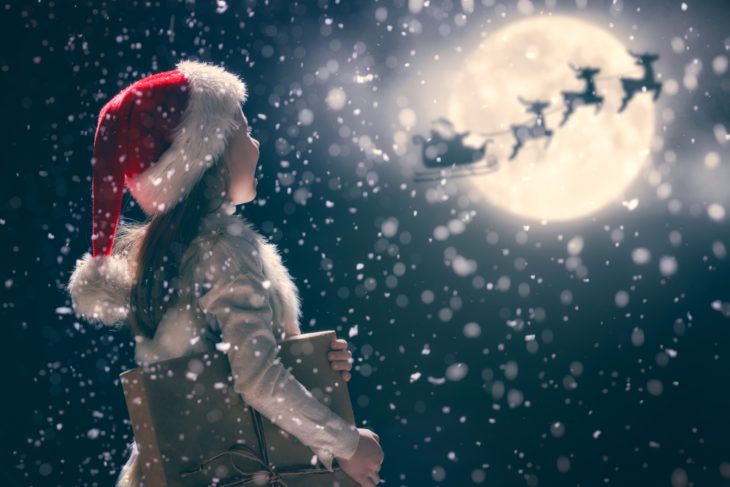 I am a diabetesdad.

Tom Karlya is the Vice President of Diabetes Research Institute Foundation and founder of DiabetesDad.  He has two children, Kaitlyn and Rob, who were both diagnosed with type 1 diabetes. He is the co-creator and founder of GetDiabetesRight.org, a site dedicated to educating communities about diabetes. He has lectured at numerous conferences across America and played a pivotal role in passing legislation in the U.S. regarding the missed diagnosis of diabetes. He has been instrumental in advising a national initiative with the Beyond Type1 Foundation and was awarded two Telly Awards for his video on the missed diagnosis of T1D.