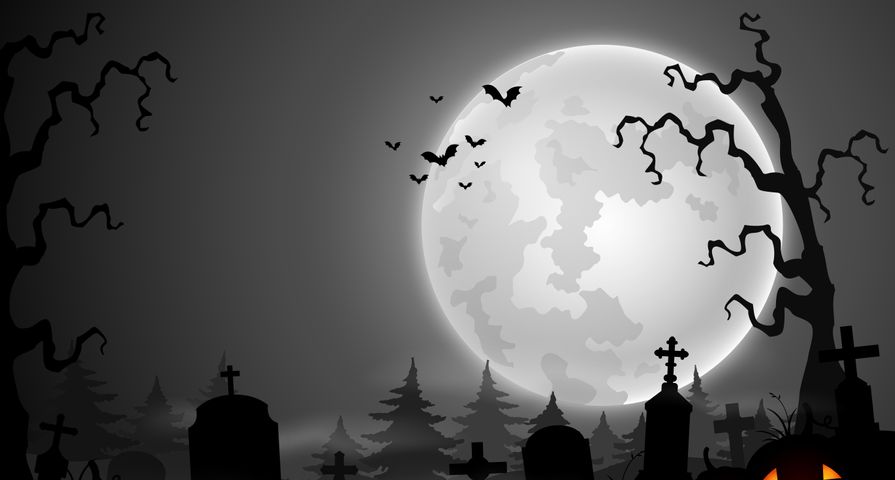 Halloween. It’s not officially a holiday, but for many people, it’s their favorite day of the year. When else do you get to dress up in the wackiest costume you can imagine and eat handfuls of candy without anyone batting an eye?

However, while everyone gets the gist of Halloween, there’s a lot of history behind this day, including some interesting facts you might not already know. Halloween dates back hundreds of years, when it was celebrated in a much different way. So without dressing it up too much, here are some scarily good facts about the day…

It Has Celtic Roots

Woman’s Day explains that “Halloween-type behavior” actually traces back several centuries to a Celtic festival called Samhain (which translates to “summer’s end). The site notes this was like a pagan New Year’s celebration, but instead took place from October 31 into November 1.

The source explains that instead of eating candy, the revelers would enjoy large feasts along with having bonfires. Oh, and there was also the little detail of animal sacrifices. Scary! However, other sources note there was a similarity to modern Halloween, as the Celts also wore costumes to this festival. 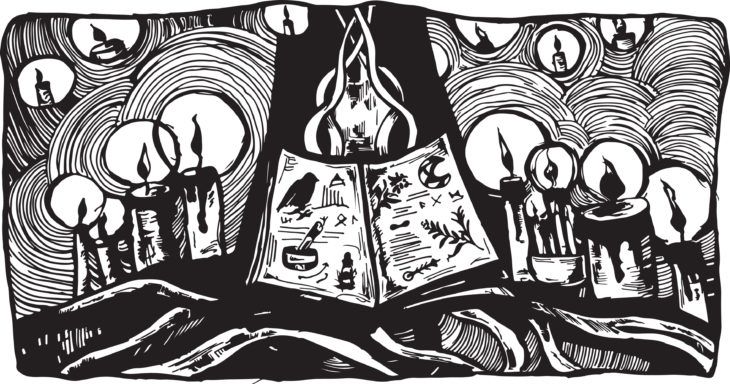 Know that we know about Samhain, where did the name Halloween come from? According to Britannica.com, the day (celebrated on November 1 in Western churches) was known as “All Hallows’ Day, Hallowmas, or Feast of All Saints” in Christian churches. It commemorates all of the saints who have been attained by heaven.

The source explains that while All Saints’ Day has moved around the calendar over history, it was first evidenced on Nov. 1 during the reign of Pope Gregory III around 731-741 AD. Meanwhile, in medieval England the festival was known as All Hallows, and Oct. 31 was the eve of it – “All Hallows Eve” shortened to Halloween. The day was actually part of a 3-day observance focused on the dead called Allhallowtide. Did you catch all of that? 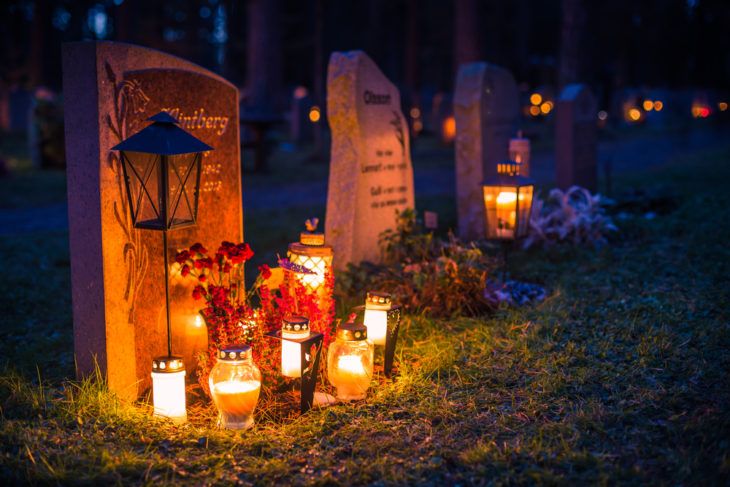 Black and Orange Isn’t an Accident

When it comes to Halloween decorations, you probably include a lot of black and orange. They look nice together, sure, but they also have some historical significance, notes Parents.com.

More specifically, the orange is to symbolize the changing leaves as part of autumn, while the black is – you guessed it – about death. It explains the Celtic people were likely the first to use this color combo “to gain strength for the long winter ahead and celebrate the dead during the Samhain holiday.” 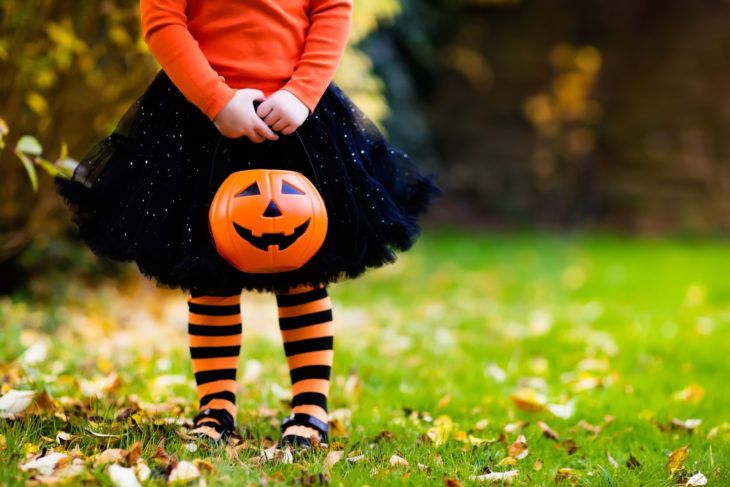 How Cats Got Dragged Into It

Along with spiders, jack-o’-lanterns, and witches on brooms, there’s also the black cat as a symbol of Halloween. But how did innocent black kitties become a symbol of dark magic? According to Woman’s Day, this superstition was started by the pilgrims of Plymouth Colony.

Their belief was that a black cat crossing your path was a sign of bad luck, “especially on Halloween night.” The pilgrims were not big fans of witchcraft, and black cats were believed to be witches in disguise – which became the inspiration for pop-culture characters. 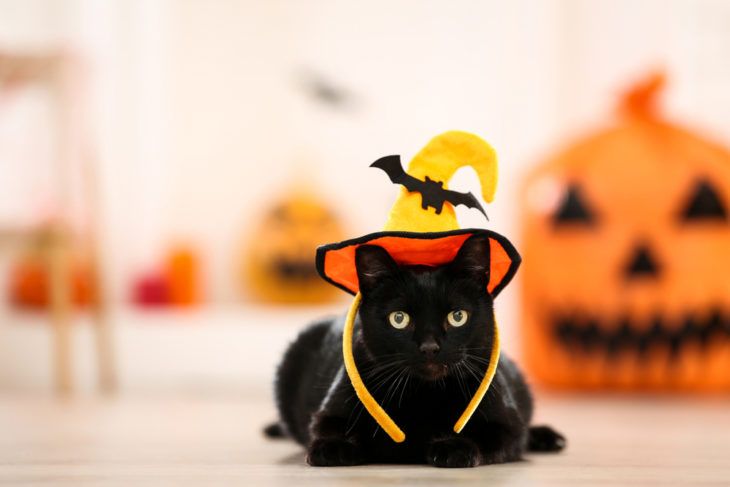 Halloween Was Once About Romance

While we don’t usually associate Halloween with romance – Valentine’s Day is a whole other day for that mushy stuff – Parents.com explains it once was a way for Scottish girls to envision their future husband by hanging wet sheets near the fire on the day, which apparently presented the image of their suitor.

The source adds that young women would also peel an apple at midnight and throw the peel over their shoulder, which would land in the shape of the first letter of their future husband’s name. Bobbing for apples, meanwhile, was a “fortune-telling game” in colonial America to determine who would be the first to marry, it adds. 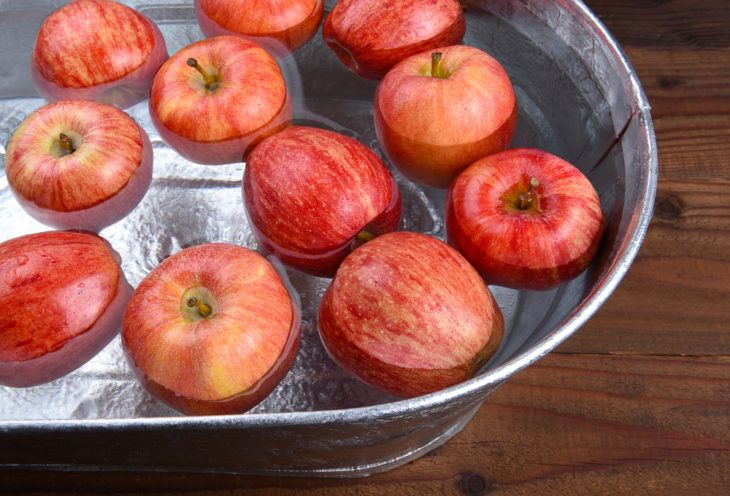 The Candy Industry Had Its Hand In It

Halloween is like Christmas for the candy industry (it’s actually the second-highest grossing commercial holiday) – that’s because there’s about 600 million pounds of candy handed out each Halloween, according to TheKitchn.com. The tradition of handing out sweets to kids apparently started in 1916 as “Candy Day,” which was celebrated on the second Saturday of October.

However, there were no spooky connotations linked to Candy Day, as it supposedly marked “goodwill and friendship,” adds the source. Eventually the day was renamed to “Sweetest Day,” and when the candy industry realized it had a winner, it eventually shifted the focus to trick-or-treating on Halloween. (Here are some Tricks for Surviving Halloween Treats). 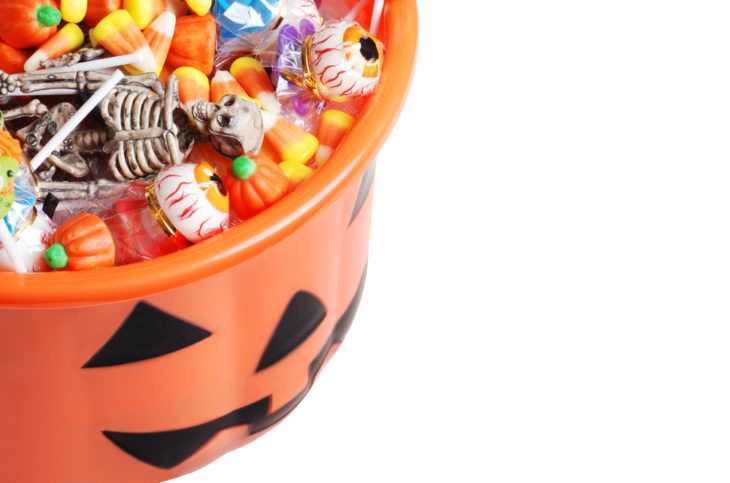 It might not have always been referred to as “trick or treating,” but the tradition traces back to the medieval era in Ireland and Scotland when it was known as “guising,” explains Good Housekeeping.

As you might have guessed, guising involved donning a disguise (or a costume) and traveling around asking strangers for food or money, notes the source. However, it seems they had to work a bit harder for it back then: they would be given these gifts in exchange for a poem, a song, or a “trick,” it adds. 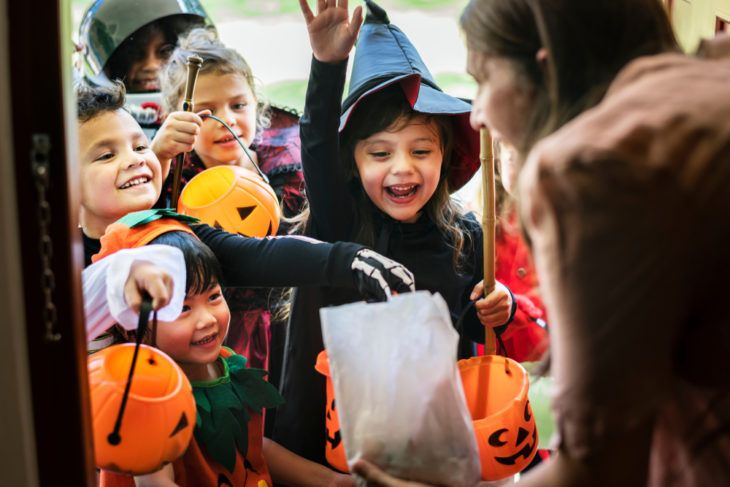 Costumes Were For Protection

Parents.com explains that dressing up did indeed trace back to the Celtic roots, but it wasn’t to mimic the latest superhero. Donning a disguise was a way for people to “hide from spirits who returned at this time of year,” it notes.

The story goes that people would put on masks after dark to confuse ghosts into thinking they were one of them so they’d be left alone. And it adds that people left bowls of food outside their house to keep spirits from coming inside (as apparently the ghosts arrived hungry). 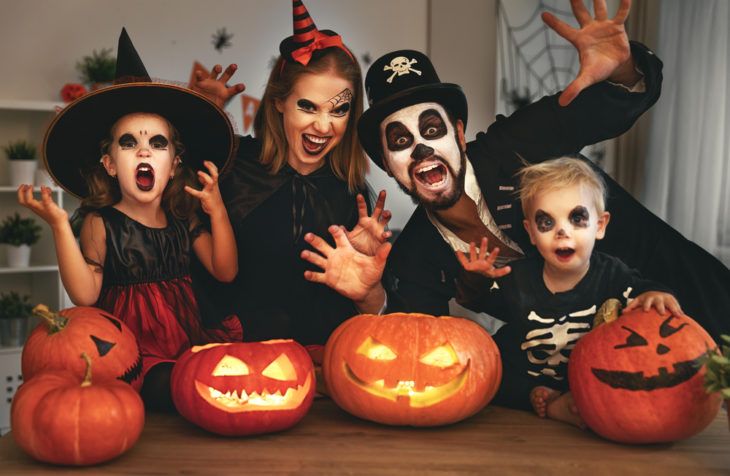 Sweet treats are yummy anytime of year (as long as you don’t overdo it). However, TheKitchn.com also explains that there might be “anthropological significance” to eating sweet stuff when the temperature starts to drop in fall.

This dates back to when people would preserve food for the winter using sugar and honey, it notes. It also mentions a human instinct to “pack on some pounds before winter, when fresh food might not be as readily available.” While we can easily get food from grocery stores all winter long now, it doesn’t mean that part of our brain has disappeared. 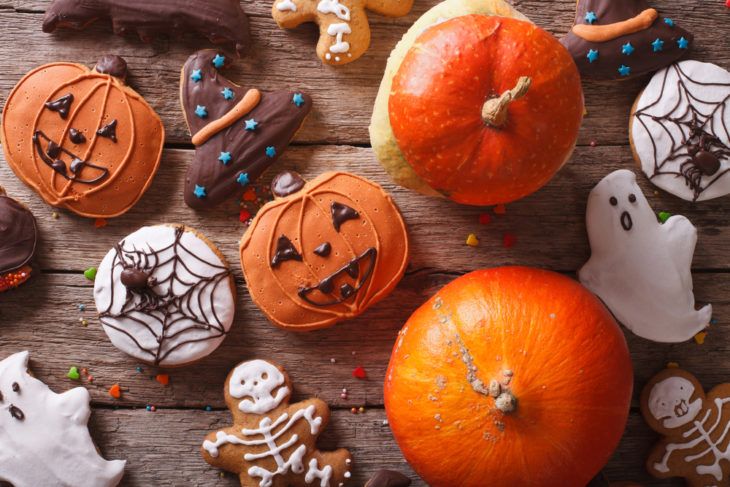 Pumpkins and Halloween Have a Long Connection

Carving pumpkins is a lot of fun, but have you ever really stopped to think about why you’re doing that for Halloween? Britannica.com explains that the modern Jack-o’-Lantern stems from an Irish myth about “Stingy Jack, who tricked the Devil for his own monetary gain.”

As the story goes, Jack was barred from Heaven, and from the underworld too, so he had nothing better to do than roam the earth forever. People began to carve scary faces into turnips to frighten Jack away, it explains. It wasn’t until the Irish started settling in America for them to start using pumpkins instead, as they were readily available. 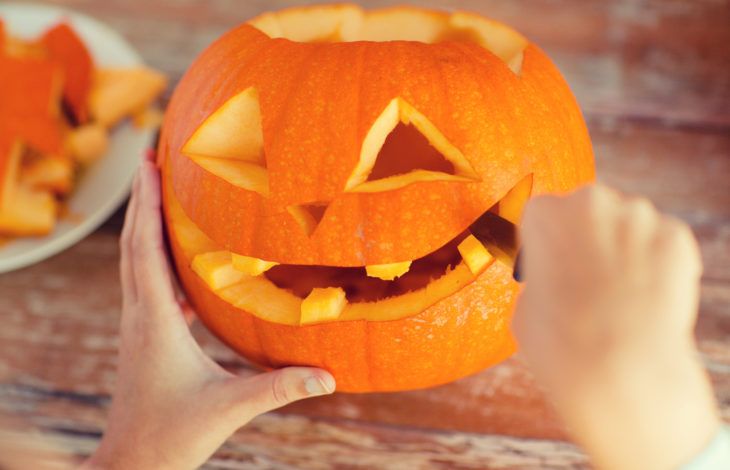 This Halloween Will Mark First Full Moon in Years

The full moon is another symbol of Halloween, and is often associated with strange behavior (think of the word “lunacy”). However, while the full moon seems to have a permanent place in Halloween folklore, this year will be the first time in almost two decades there will actually be one in the sky, according to Good Housekeeping. 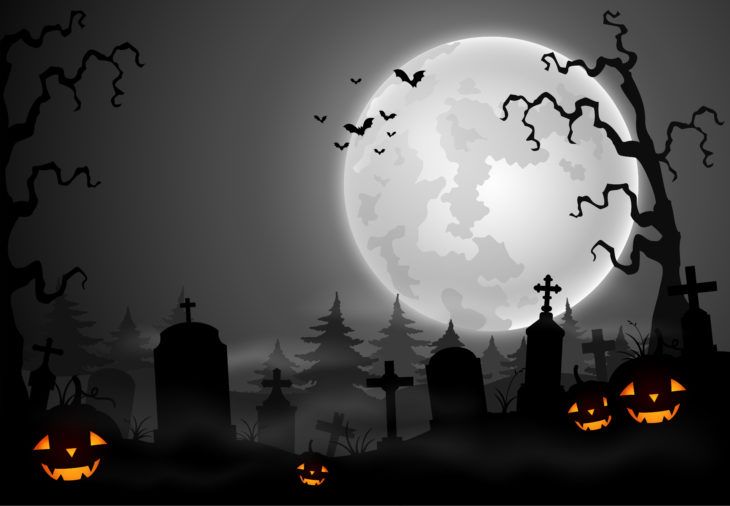