How Quickly Do We Become Unfit? 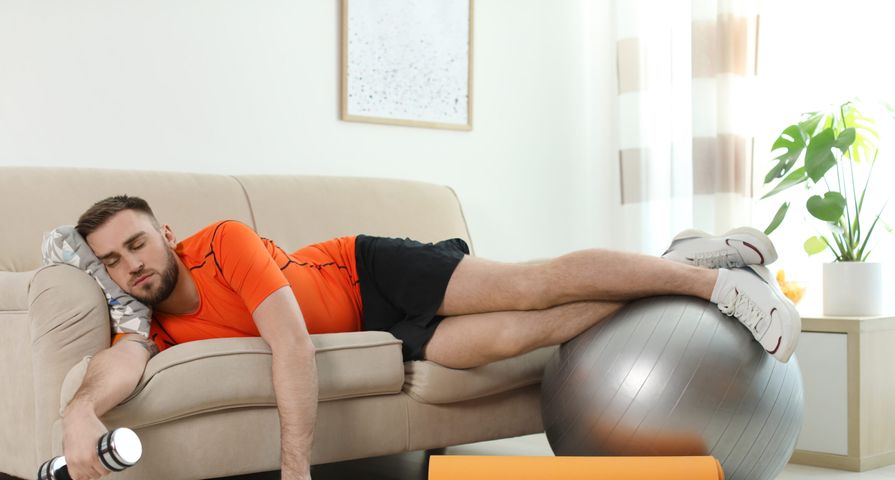 Getting in shape isn’t easy. But after all that hard work, how long do we actually maintain it? Turns out that even the great effort we put into training, taking a bit of time off can mean that we become “unfit” much faster than it took us to actually get in shape.

You can listen to more articles from The Conversation, narrated by Noa, here.

To understand how the body becomes “unfit”, we first need to understand how we become fit. The key to becoming fitter – whether that’s improving cardiovascular fitness or muscular strength – is to exceed “habitual load”. This means doing more than our body is used to. The stress that this has on our body makes us adapt and become more tolerant, leading to higher fitness levels.

The time it takes to get fit depends on a number of factors, including fitness levels, age, how hard you work, and even environment. But some studies do indicate that even just six sessions of interval trainingcan lead to increases in maximal oxygen uptake (V02 max) – a measure of overall fitness — and improve how efficiently our body is able to fuel itself using the sugar stored in our cells during exercise.

For strength training, some gains in muscle force can be shown in as little as two weeks, but changes in muscle size won’t be seen until around 8-12 weeks.

When we stop training, how quickly we lose fitness also depends on many factors – including the type of fitness we’re talking about (such as strength or cardiovascular fitness).

As an example, let’s look at a marathon runner, who is in peak athletic fitness and can run a marathon in two hours and 30 minutes. This person spends five to six days a week training, running a total of 90km. They’ve also spent the last 15 years developing this level of fitness.

Now let’s say they stopped training completely. Because the body no longer has the stresses of training forcing it to stay fit, the runner will start to lose fitness within a few weeks.

Cardiorespiratory fitness – indicated by a person’s V02 max (the amount of oxygen a person can use during exericse) – will decrease around 10% in the first four weeks after a person stops training. This rate of decline continues, but at a slower rate over longer periods.

Intriguingly, though highly trained athletes (like our marathon runner) see a sharp decline in V02 max in the first four weeks, this decline eventually evens out, and they actually maintain a V02 higher than the average person’s. But for the average person, V02 max falls sharply, back to pre-training levels, in less than eight weeks.

The reason V02 max declines is due to reductions in blood and plasma volumes – which decrease by as much as 12% in the first four weeks after a person stops training. Plasma and blood volume decrease due to the lack of stress being put on our heart and muscles.

Plasma volume may even decrease by around 5% within the first 48 hours of stopping training. The effect of decreased blood and plasma volume leads to less blood being pumped around the body each heart beat. But these levels only drop to where we started – meaning we won’t get worse.

Of course, most of us aren’t marathon runners – but we’re also not immune to these effects. As soon as we stop exercising the body will start to lose these key cardiovascular adaptations at a very similar rate as highly trained athletes. 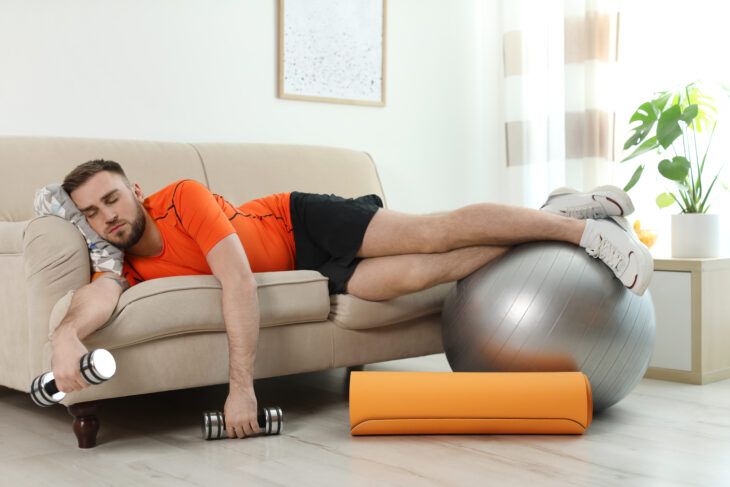 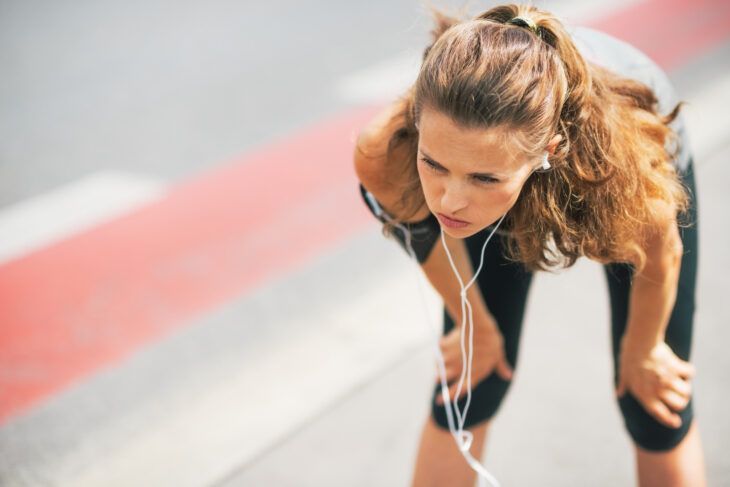 For the average gym goer who lifts weights, they would experience a drop in the size of their muscles – over time finding it harder to lift heavy loads as they have less muscle fibres being recruited.

So even after all that effort to get fit, we start losing cardiovascular fitness and strength within 48 hours of stopping. But we don’t start to feel these effects for at least two to three weeks for cardiovascular fitness and around 6-10 weeks for strength. Rates of “de-training” are similar for men and women, and even for older athletes. But the fitter you are, the slower you’ll lose your gains.