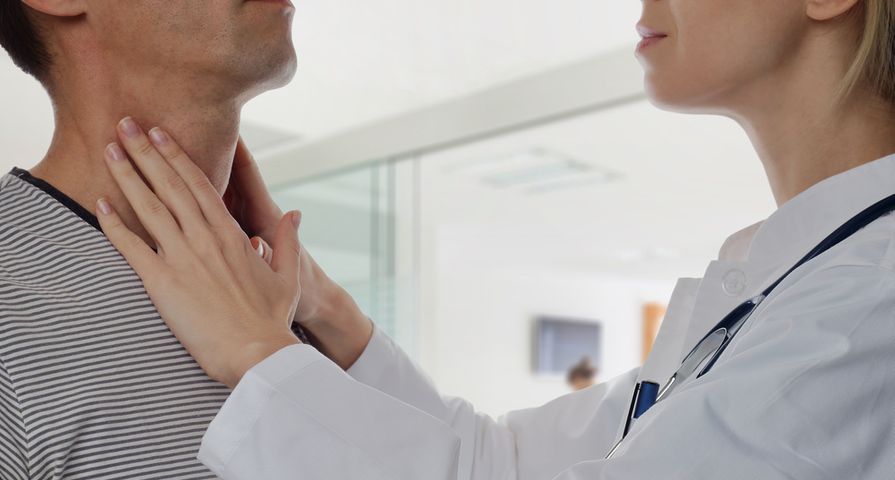 Each year in the U.S., more than 18,000 people are diagnosed with esophageal cancer. While this cancer is more prevalent in men, it’s important for everyone to recognize the symptoms so it can be diagnosed and treated at an early stage. Depending on the stage at which the patient is diagnosed there are different treatments and survival rates. You can learn more about the stages of esophagus cancer with an online search.

There are many ways you can lower your risk factor for developing esophageal cancer. With a search online, you can find out which lifestyle choices are directly linked to this disease.

Here’s what you should know about esophagus cancer.

Signs and Symptoms of Esophagus Cancer

The esophagus is a long and hollow tube that runs from your throat down to your stomach, allowing food to be swallowed and digested. Cancer will usually begin in the cells lining the inside of the esophagus and can spread further within and outside the organ.

People may not experience symptoms until the cancer has become more advanced. Some symptoms may include:

If you’re experiencing persistent symptoms, you should get checked by a doctor. You should also be aware of the risk factors associated with esophageal cancer that may be relevant to your symptoms. 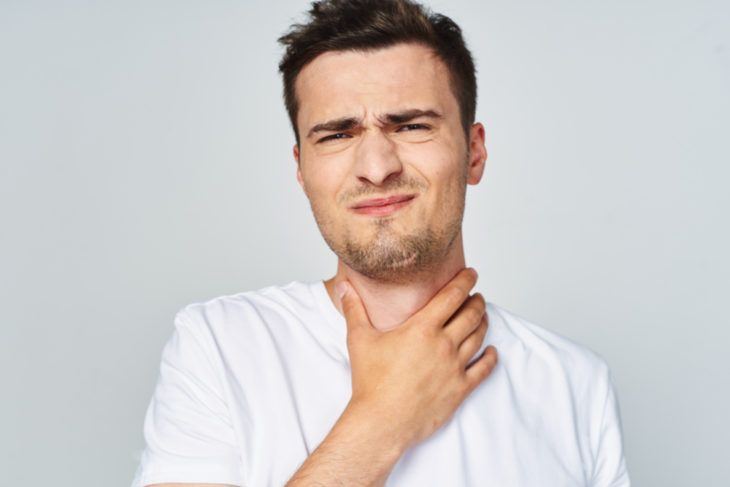 Esophagus cancer is a highly preventable condition. That being said, anyone can still experience it. Your chances of developing it can be greatly reduced by avoiding the major risk factors linked to the cancer.

Most cases of esophagus cancer occur in people over the age of 55. It’s more common in men than women, and around 77-percent of new cases each year occur in men. The lifetime risk of developing this cancer is one in 125 for men and one in 417 for women.

Tobacco is a major contributor to the development of esophagus cancer. This includes smoking cigarettes, cigars, pipes, and chewing tobacco. The more you smoke, the more your risk increases. People who smoke a pack or more of cigarettes each day are twice as likely to develop esophagus cancer.

Other factors that increase your risk for this cancer include:

If you think you’re experiencing symptoms of esophagus cancer and have one or more of the risk factors mentioned above, you should see your doctor and get evaluated. 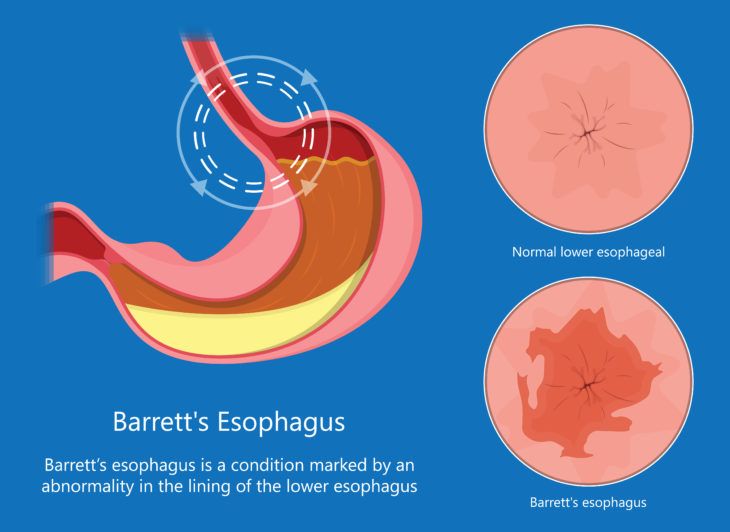 Diagnosis and Treatment of Esophagus Cancer

Doctors will ask about your medical history to find out if you have risk factors for esophagus cancer. If one of your symptoms is trouble swallowing, your doctor may schedule a barium swallow test. This test has you ingest a thick and chalky liquid (barium) that coats the walls of the esophagus and outlines it on x-rays. It can show abnormal areas of the esophagus.

Another way doctors can take a look at the esophagus and learn the extent of its spread is with an upper endoscopy. This is a tiny video camera with a light on the end that is used inside the body. The patient is sedated while the doctor puts the camera down their throat, and into the esophagus and stomach.

After being given different tests, scans, and a biopsy for a definitive diagnosis, doctors will determine the stage of esophagus cancer. This will determine what course of treatment you are given.

Esophagus cancer can be categorized in the following five stages: 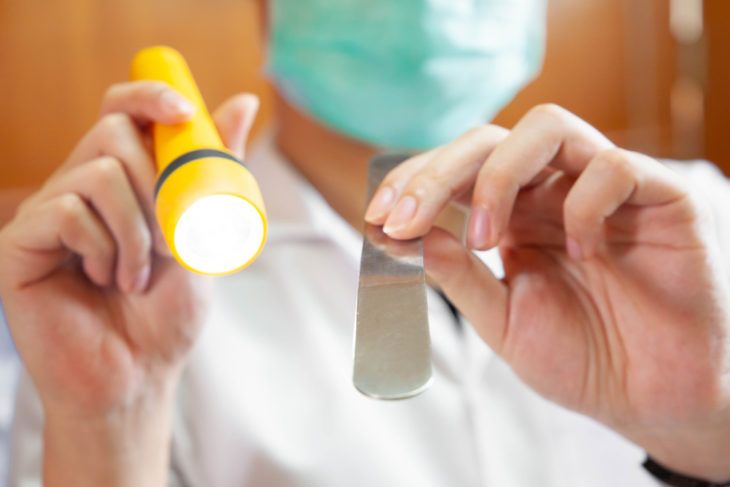 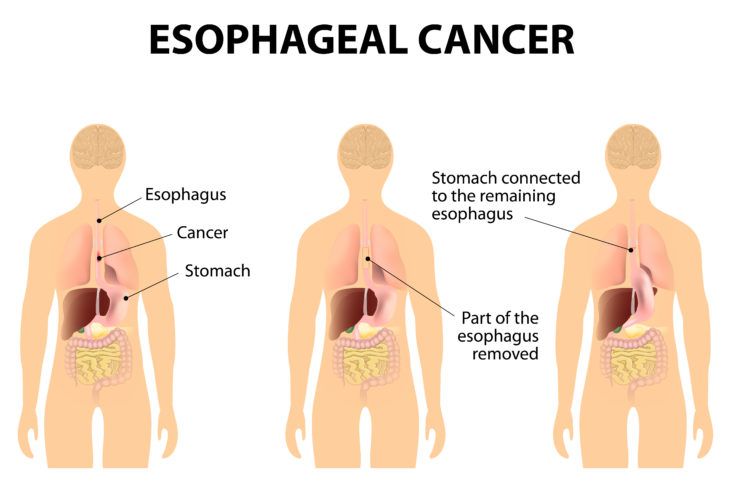 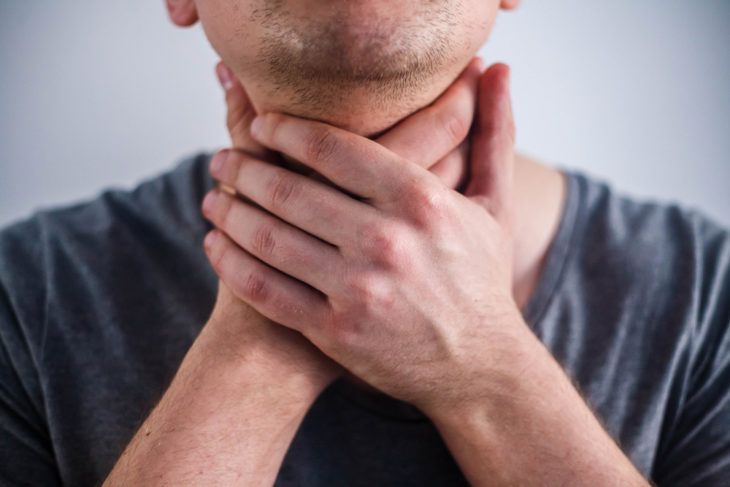 It’s always possible for cancer to recur after treatment. Patients with cancer that cannot be completely removed will be given treatments to make them more comfortable and improve their quality of life. 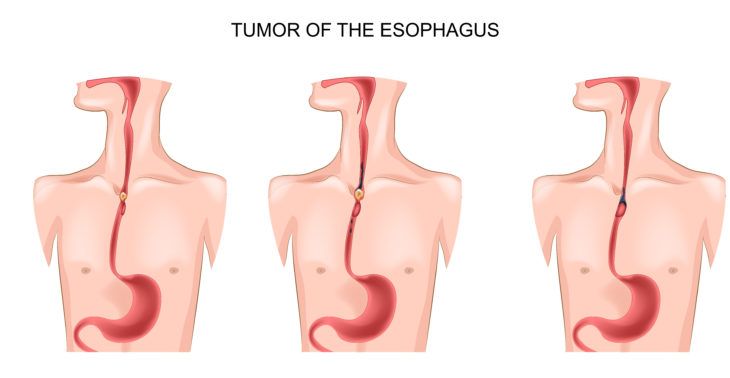 The best way to lower your risk of developing this cancer is by not smoking, eating a balanced diet, and lowering your alcohol intake. Talk to your doctor if you’re experiencing symptoms and search online to learn more about esophagus cancer. 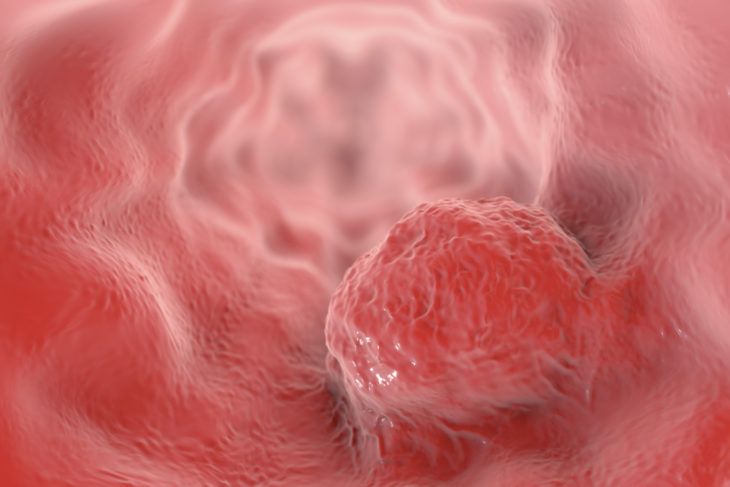