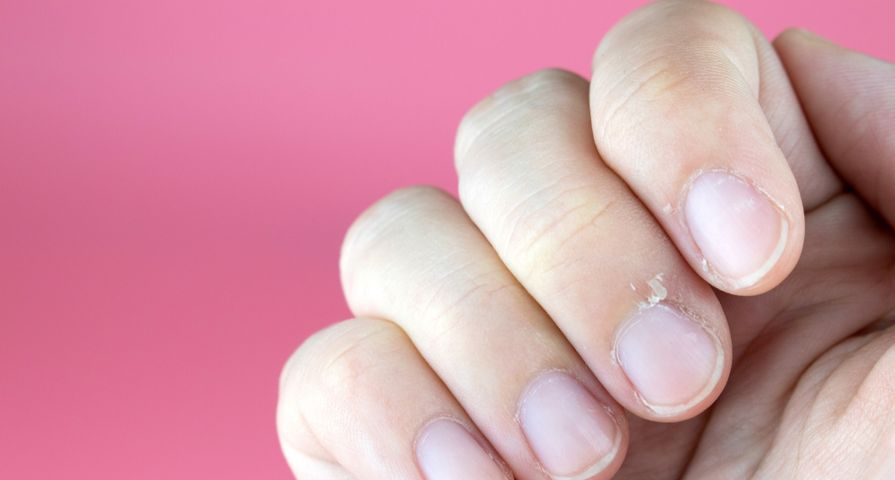 Few things are more annoying than hangnails. They’re uncomfortable, unattractive, and can even lead to infections. Once you notice you’ve got one, it can be challenging to resist the urge to rip it off. But whatever you do, don’t pick or pull it! Instead, consider a home remedy.

But first: What exactly is a hangnail? While hangnail has the word “nail” in it, a hangnail isn’t a part of the nail. Rather, it’s a skin condition where a piece of skin near the cuticle is torn. Fortunately, several home remedies can help soothe and treat hangnails.

If you have a hangnail, then the first thing to do is keep it moisturized. Honey is one natural option to do just that. Since it’s a natural humectant, honey can help treat hangnails by drawing moisture to the upper layer of skin.

Women’s Health says honey can also be helpful because it has “natural antiseptic, antibacterial, and anti-inflammatory properties.” The source recommends massaging raw honey into the nail bed. Then, rinse it off after five to 10-minutes. 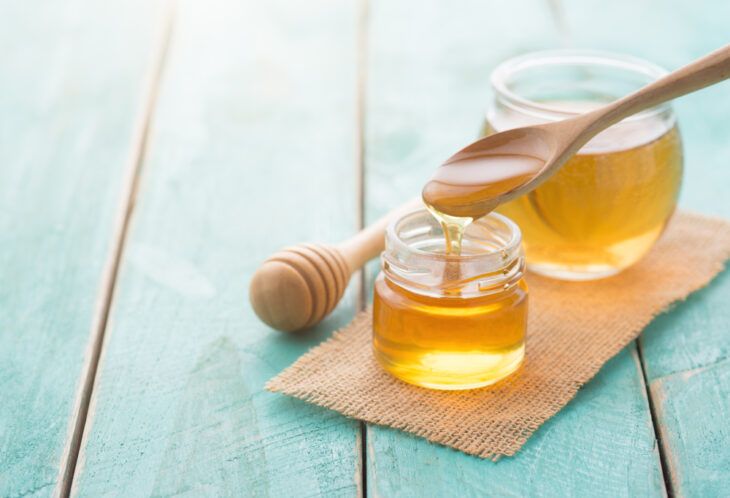 You’ve probably heard about the probiotic benefits of eating yogurt, but did you know yogurt can also work as a topical skin treatment? NDTV says yogurt can “help restore your skin’s natural barrier” because of its probiotics and anti-inflammatory properties.

So, yogurt can help by both hydrating the skin around the nail and soothing the hangnail. Apply a bit of yogurt to the area and wash it off after a few hours. SHEfinds recommends repeating daily until the hangnail is gone. Livestrong notes that it’s important to use plain yogurt, not sugary varieties, for skincare purposes. 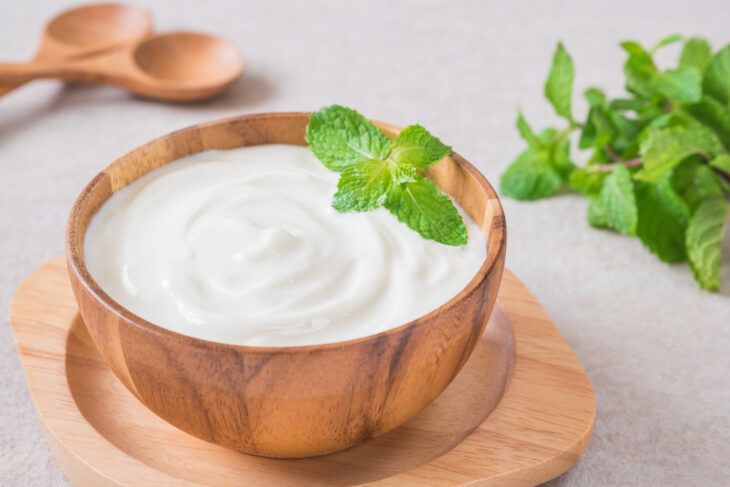 Aloe vera is known for its moisturizing and healing benefits. For instance, it’s chock-full of vitamins, minerals, and enzymes that can help dry skin. And it has analgesic and antiseptic effects that can help skin heal and alleviate irritation, according to Scientific American.

That combination means it can be useful for treating hangnails. Medical News Today suggests liberally applying aloe vera gel to the affected area and placing a sock or glove on your hand. Then, leave it on all night before washing it off. 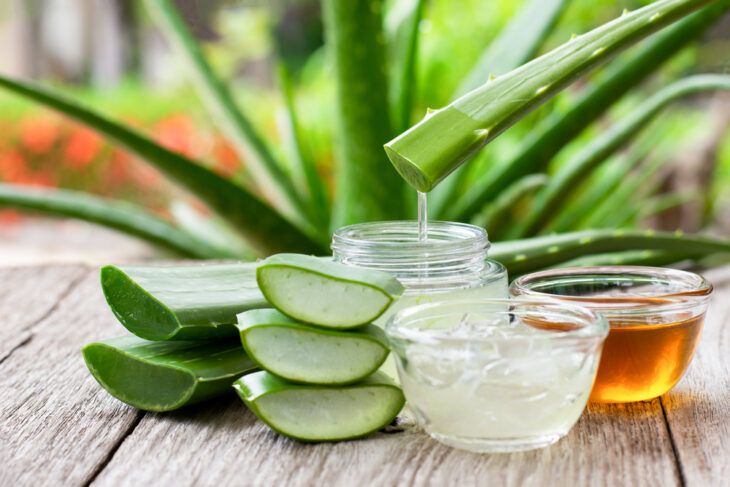 Hangnails are just another reason to keep petroleum jelly in your medicine cabinet at all times. Since it’s an occlusive moisturizer, HowStuffWorks says it forms a protective layer over the skin to lock in moisture. And according to the American Academy of Dermatology (AAD), it can rehydrate and heal dry cuticles.

No wonder petroleum jelly’s been a household staple since the late 1800s. AAD recommends applying it to your cuticle and nail when the area is damp. 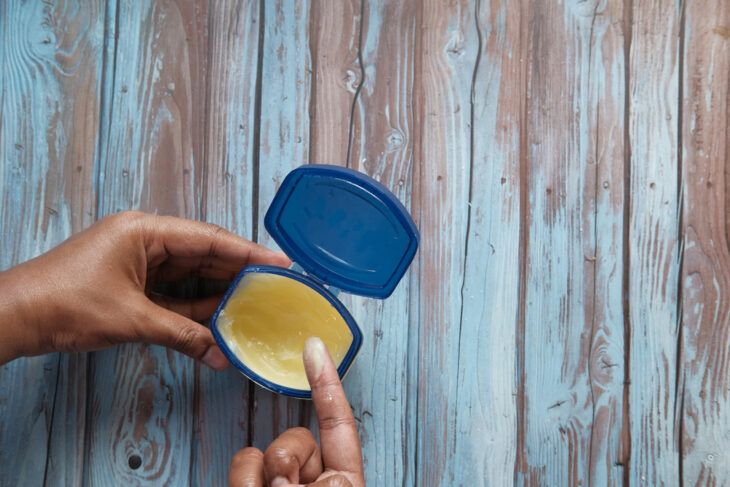 Like petroleum jelly, coconut oil is an occlusive moisturizer. Research shows it hydrates by increasing the number of lipids (fats) on the skin’s surface. Similarly, another study demonstrates its effectiveness as an emollient moisturizer.

As an emollient, coconut oil moisturizes the skin by filling in gaps between skin cells with lipids. Healthline suggests massaging coconut oil into the nail bed to soothe and strengthen the surrounding skin. To maximize the effectiveness, Byrdie recommends using raw coconut oil. 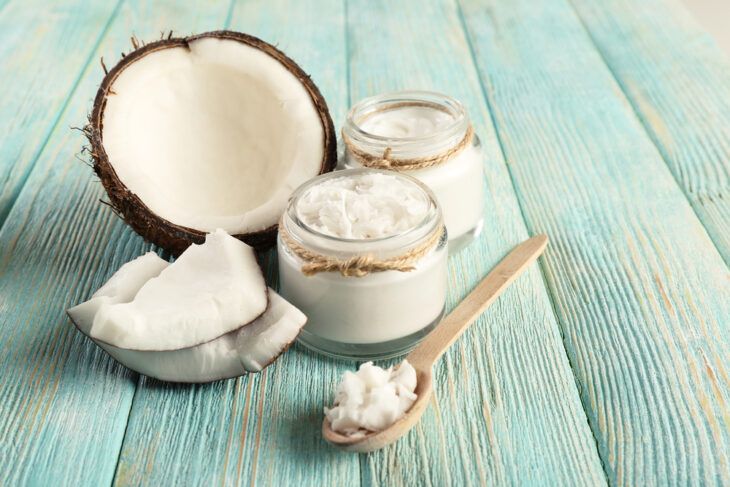 Farmers’ Almanac says Epsom salt, also known as magnesium sulfate, has antibacterial, anti-fungal, and anti-inflammatory properties. Since hangnails can lead to infections, these properties are notable.

Teen Vogue suggests soaking the finger in a mixture of hot water and Epsom salt. After drying it off, the source recommends applying antibiotic cream to the hangnail and an adhesive bandage. Farmer’s Almanac also says Epsom salt can work as a moisturizing hand wash when combined with olive oil. 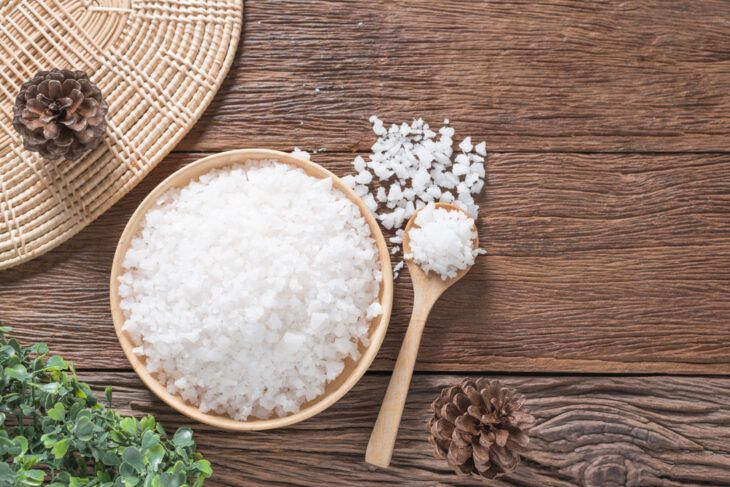 Avocados are packed with vitamin E, an antioxidant that Healthline says can nourish and protect skin when applied topically. Medical News Today also says the fatty acids in avocados have anti-inflammatory effects. And like honey, avocados are a natural humectant, meaning they draw moisture to the skin.

As a result, avocado can help heal hangnails. To do so, Medical News Today recommends mixing equal parts avocado and olive oils. Then, apply the mixture once or twice a day until it heals up. Alternatively, the source says you can use the mashed insides of an avocado as a moisturizing paste. After 15-minutes, rinse it off. 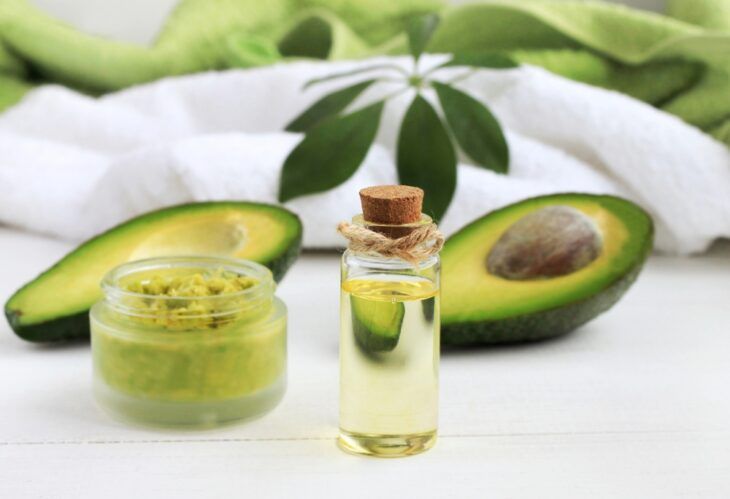 There’s a reason olive oil has been used as a skin treatment for over 4,000 years. It’s rich in vitamins A, D, E, and K. Besides those skin-friendly vitamins, Good Housekeeping also says olive oil has antibacterial properties. Which, as previously noted, can help reduce the risk of infection.

To moisturize a hangnail, the source suggests rubbing a few drops into the skin. It also emphasizes the importance of using extra-virgin olive oil because other types of olive oil can be “too acidic for your skin.” 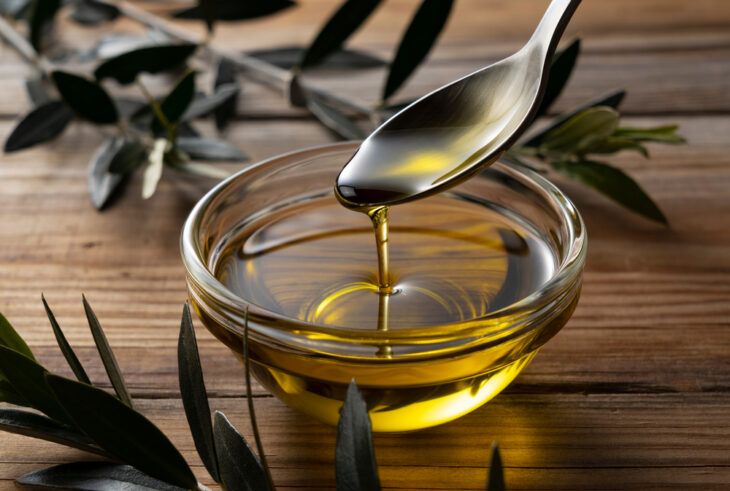 If your hangnail is infected, then there are a few symptoms you may notice. According to Healthline, signs of an infection include:

The source says mild hangnail infections can often be treated at home. To do so, it recommends soaking the finger in warm water for 20-minutes. After that, cuticle clippers can be used to remove the rough edge of the hangnail.

Then, use vitamin E oil and antibiotic cream on the hangnail. Follow up with a bandage. The source says to do this for a few days. 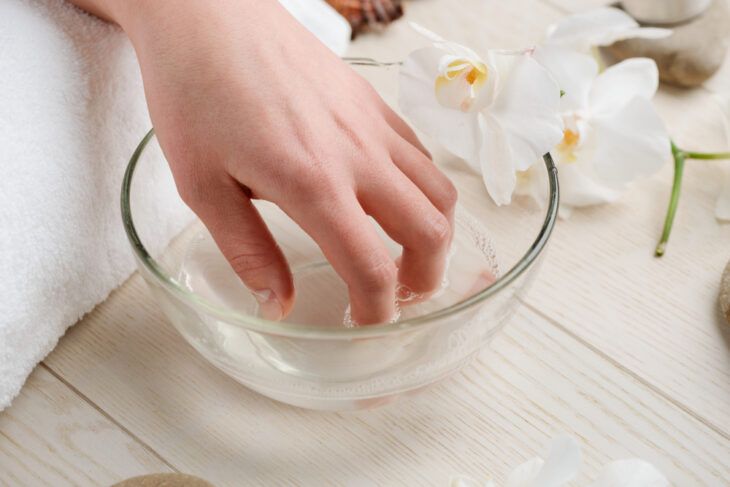 While it may be possible to treat mild hangnail infections at home, you should watch it carefully. If the symptoms either worsen or don’t go away within a week, Healthline recommends consulting a doctor.

The source also says to seek medical attention if you’re experiencing significant pain, considerable swelling, or excessive pus. After examining the hangnail, a doctor can decide which course of action to take. They may prescribe an antibiotic or drain the pus to treat the infection. 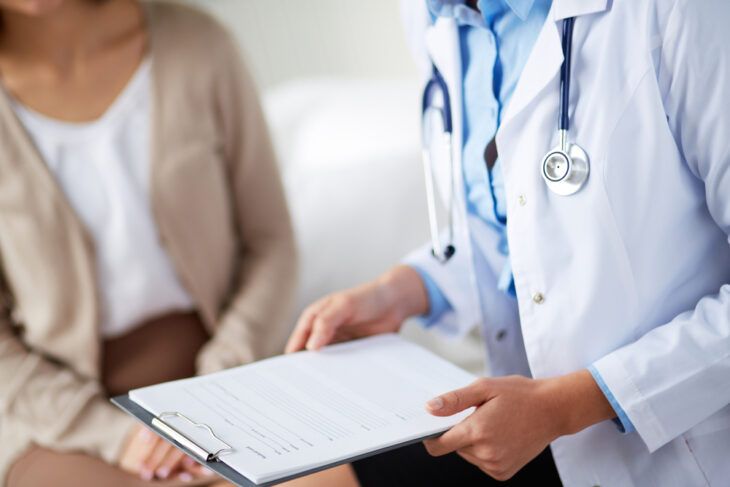 Before digging into ways to prevent hangnails, it’s useful to understand the causes. While several things can cause hangnails, many boil down to dry skin. For instance, the Cleveland Clinic says common causes include dry air, alcohol-based hand sanitizers, and hand washing.

Since those three things can dry out your skin, they can lead to cracked or split cuticles. Besides dry skin, the source says hangnails can also be caused by nail picking and biting. 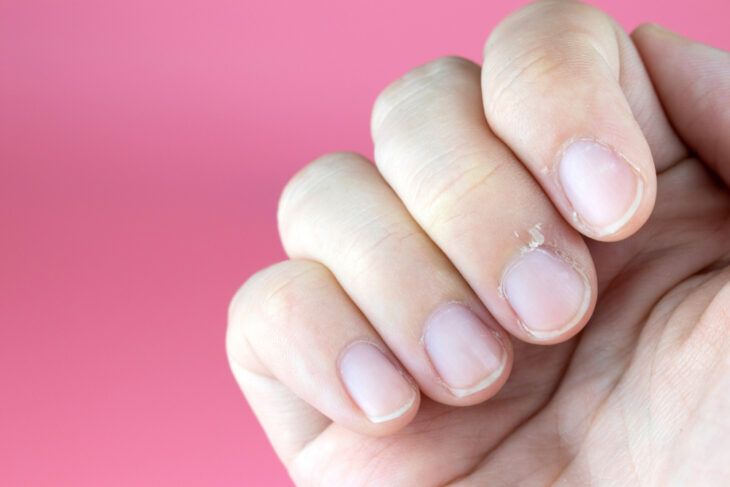 Now, let’s take a look at preventing hangnails in the first place. Considering dry skin is a common culprit, protecting and moisturizing your hands is key. With this in mind, it can help to regularly message hand cream into the sides and bottom of the nail bed.

It can also help to protect your hands from the elements, including wearing winter gloves when it’s cold out and rubber gloves while cleaning or gardening. And if you’re a nail-biter or picker, try to find ways to break the habit. For instance, it may help to trim your nails frequently or use bitter-tasting anti-bite nail polish. 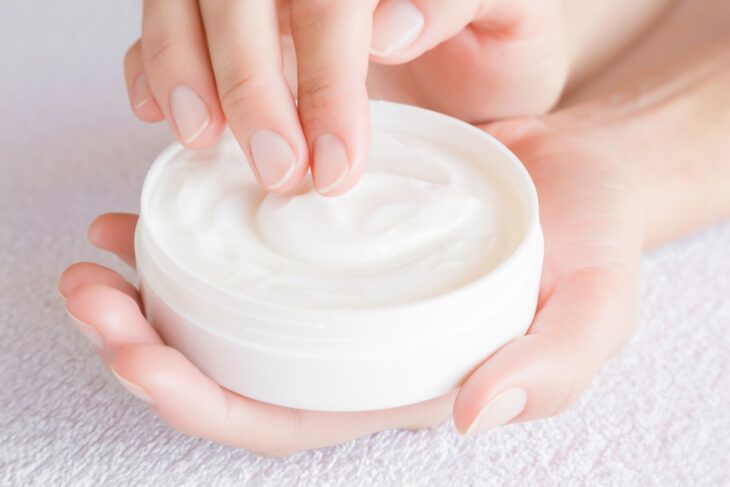 Katie is a writer based in the Pacific Northwest. She has a degree in journalism and political science from the University of Washington. In her free time, Katie loves spending time with family, reading, and going to the movies and theater. She also enjoys getting out in the fresh air to explore parks.