Study: Excess Calorie Consumption Not the Only Factor in Childhood Obesity 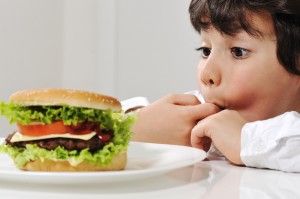 A new study found that calorie consumption rates in obese boys and girls were lower than those seen in boys and girls with healthy body weights. The study tracked sample groups consisting of 12- to 14-year old girls and 15- to 17-year old boys, separating them into control groups of “very obese” and “obese” children, and children with healthy body weights.

Researchers chalked up the surprising findings to mounting evidence that calorie consumption alone is not the only factor in childhood obesity:

“For older children and teenagers, increasing involvement in physical activity may be more important to weight and health than is their child’s diet,” said study researcher Asheley Cockrell Skinner, an assistant professor of health policy and pediatrics at the University of North Carolina at Chapel Hill. “Parents of all children should aim for a healthy diet, but don’t assume that overweight children are eating any worse than their peers,” she said.