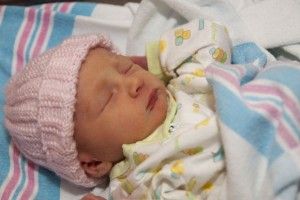 According to researchers from Umea University in Sweden, iron deficiency in infancy may be a direct cause of behavioral problems in later childhood.

U.S. medical professionals already recommend extra iron at four to six months via iron supplements if the mother is breastfeeding or via formula. However, scientists are now recommending iron supplements for low-weight babies who haven’t had adequate time in the womb to store the nutrient and end up iron deficient.  The iron supplements are meant to boost brain development and ward off behavioral problems later in childhood.

The Swedish study compared a group of low birth weight infants with 95 children who were born at average birth weights. They also monitored behavior in 285 infants born between 4 pounds, 7 ounces and 5 pounds, 8 ounces. When the babies were six weeks old, the researchers administered iron drops to one group in one or two milligrams per kilogram of body weight doses.  A placebo group received iron-free drops each day until they reached six-months old. Then at age three and a half, researchers gave the kids IQ tests and surveyed parents about any behavioral issues.

Findings revealed that no IQ differences existed in the smaller-than-average babies who were put on the iron regimen. However, babies given placebo drops showed behavioral problems ranging from emotional response and anxiety to depression and even attention issues according to their parents.

“[The study] further solidifies the evidence that it’s a very good idea to give these [marginally low birth-weight] children iron supplements,” said Dr. Magnus Domellof, from Umea University, who worked on the study.

Dr. Domellof also noted the importance for parents to be aware of their baby’s iron requirements before they leave the hospital.