Study: BPA May Cause Childhood Obesity 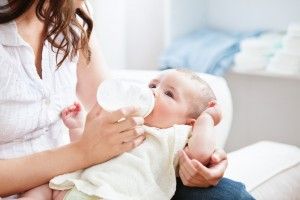 Bisphenol-A, commonly known as BPA, has been linked with childhood obesity in numerous studies. New York-based researchers theorize that BPA disrupts the body’s metabolism, changing the way it breaks down food and spends energy.

BPA is commonly found in plastics, but its use in sippy cups and baby bottles has been banned in the United States. However, the chemical is still found in many common items and household products, as no research has yet definitively linked it to health problems in adults. Tin food cans and aluminum cans are both known to contain significant amounts of BPA.

Not everyone believes in Trasande’s theory, however. The American Chemistry Council issued a statement regarding the results of the new study. They believe that “Attempts to link our national obesity problem to minute exposures to chemicals found in common, everyday products are a distraction from the real efforts under way to address this important national health issue.”