Common Myths and Misconceptions About Autism 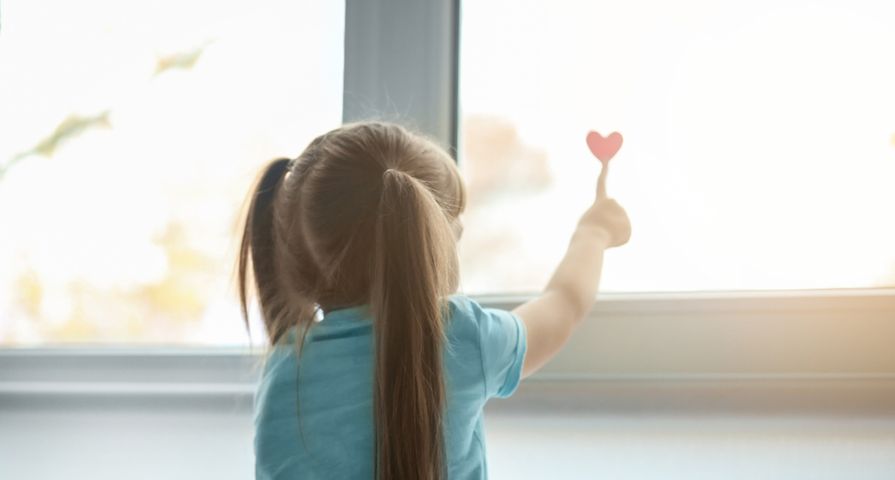 But while it’s not fully understood, there are some things that doctors and scientists do know about it – and unfortunately, contrary information often makes it into mainstream consciousness. Here are 12 myths and misconceptions about autism we’d like to help clear up…

1. There’s No Proof Vaccines Cause Autism

This is something you probably hear quite regularly, and it was apparently sparked by a 1998 study linking a particular vaccine with autism. Even thought the study was retracted, the myth still lives on – perhaps more strongly than ever, partly due to celebrities jumping on the bandwagon over the years.

As Parents.com points out, there is no link between autism and vaccines. The timing of vaccines often coincides with the first signs of autism, which may also be driving the perceived correlation, adds the source. However, lack of eye contact very early in life (at 2-months) is now considered a warning factor, and that’s before any vaccines are administered, it notes. 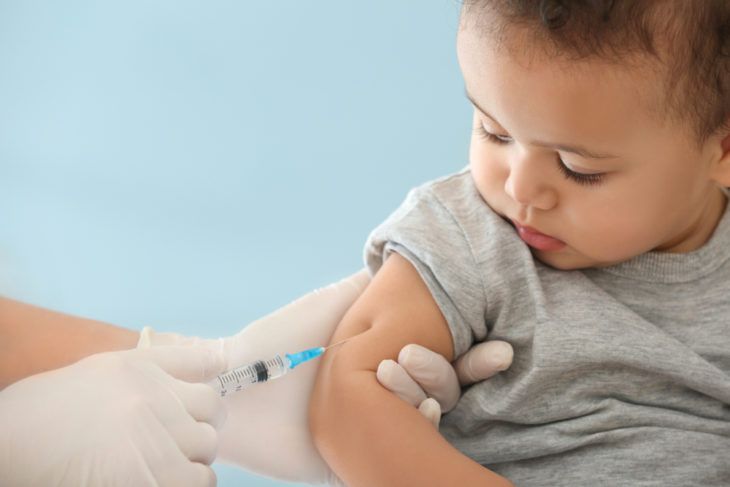 2. Not All Autistic People Are Genius Level

Individuals with autism are often portrayed in movies and shows as having a “special gift,” such as being able to recall detailed information. That myth is perpetuated by movies such as Rain Man, that Parents.com gives as an example.

The reality is that “not every kid on the autism spectrum will be a card-counting genius,” it adds. However, a high IQ is often associated with autism, and the thinking about autism is changing from deficits to special abilities, it adds. A child with autism may excel in a particular area in academics or the arts, it explains. 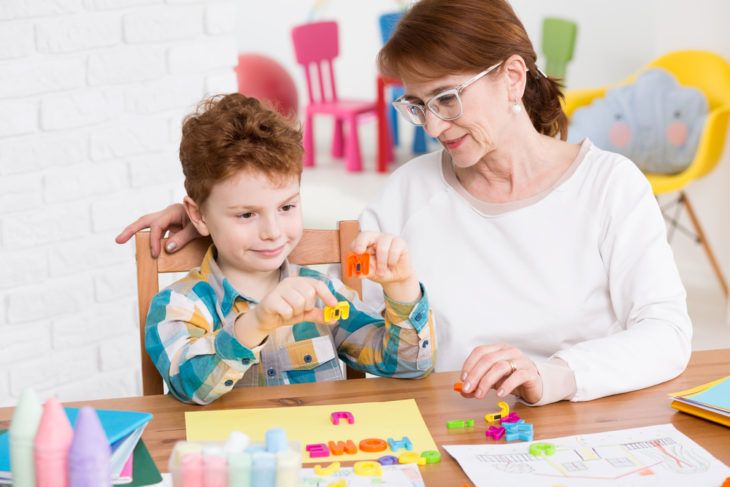 While we’re on the subject of intelligence and autism, Autism Speaks reiterates that autism does not mean the patient is intellectually challenged. “Often times, autism brings with it just as many exceptional abilities as limitations,” notes the source.

As other sources have pointed out, many autistic people may show exceptional ability in a particular subject such as math as music, it adds. The perception that autistic children may be deficient intellectually is their trouble with social cues. 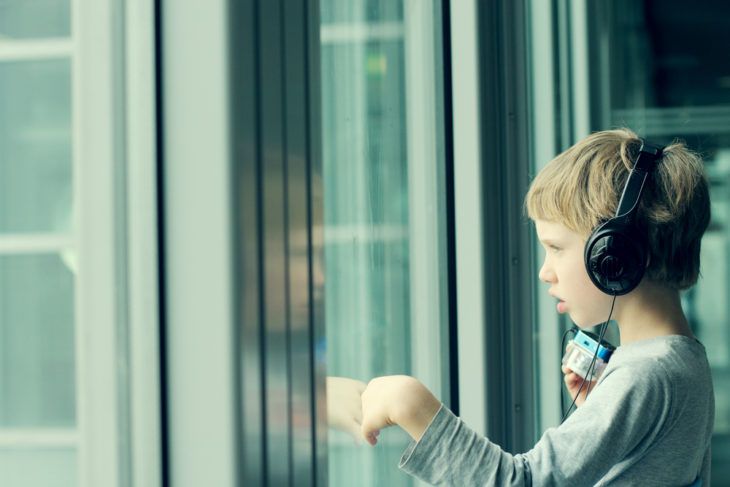 Another misconception is that anyone on the spectrum prefer to be alone, but that’s not always the case. Autism causes social challenges in terms of “knowing how to recognize and respond to the intentions and emotions of others,” but that doesn’t mean they don’t want friends, explains the Autism Association of Western Australia.

The source says autistic children often need to be explicitly taught social skills to be able to form bonds. “Planned activities around shared interests are often the key to supporting friendships,” it adds. 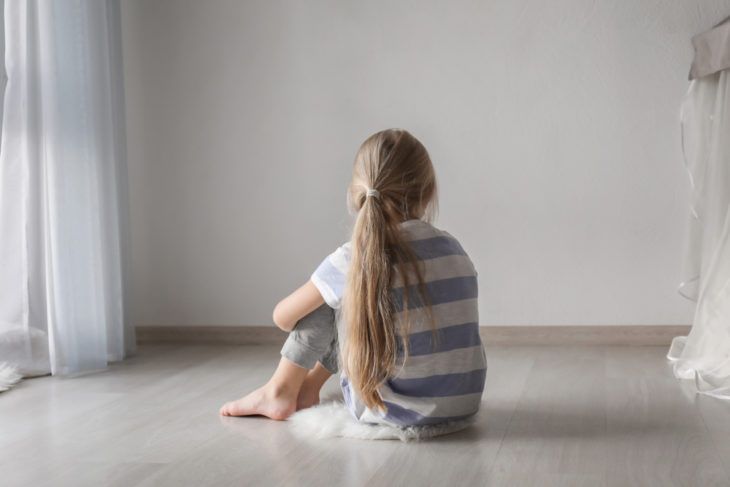 5. Autistic Children Have a Lot To Say

Some perceive autistic individuals as being unable to verbalize, but there’s more to it than that, notes the Austism Association of Western Australia. “Although some children with autism may have delayed speech or may not use words to communicate, many have very well developed speech,” it notes.

The site even goes as far as saying that in some cases, those on the spectrum may begin talking before other children. However, they may adapt an “unusual” speaking style early on, such as focusing on very particular topics, it adds. 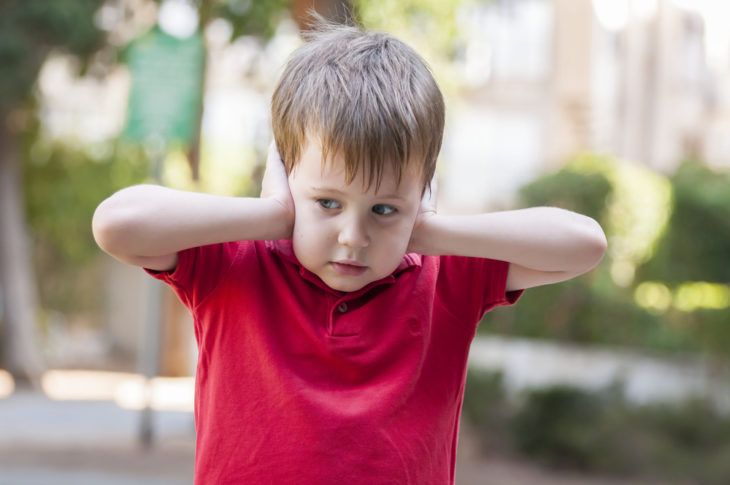 6. Parenting Styles Do Not Cause Autism

This belief apparently comes from “poor research” during the 1950’s, according to The Hospital For Sick Children in Toronto, Ontario. However, this research was already being refuted by the 1960’s, it adds.

“There is absolutely no evidence that poor parenting or poor parent-child relationships cause autism,” it notes. However, there are genetic links to autism, meaning it could be a result of genes passed down from parents combined with environmental factors before birth, it adds. 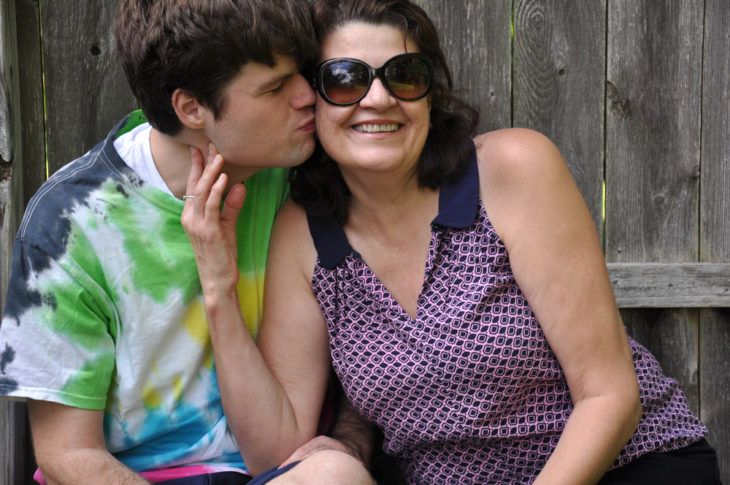 The Autism Association of Western Australia explains that autistic children may lash out verbally or physically if they’re distressed – a behavior that can also be observed in typical children.

Not all autistic kids will show any aggressive behavior, it adds. When it does, it’s usually tied to a lack of “alternative” skills, it notes. “Challenging behaviours are often a communication of last resort. It is rare for a child with autism to intentionally cause harm to another person,” it says. 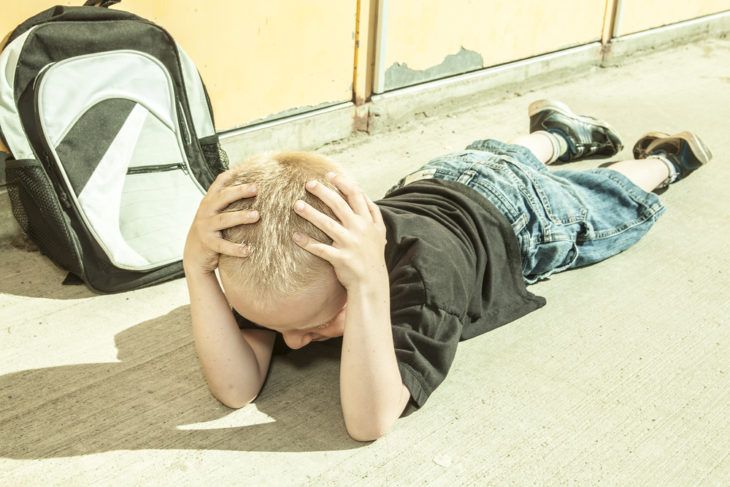 8. There Isn’t An Autism Epidemic

The Hospital For Sick Children does say the number of diagnosed cases of autism has increased about 10-times since the mid 1980’s. However, while there’s no disputing those numbers, there’s more to it than that, says the source.

It notes the increase is largely due to with “changes in the diagnostic criteria and a greater awareness in the medical community of how autism presents at different ages.” It notes there’s no evidence linking a current environmental factor with a higher number of cases. 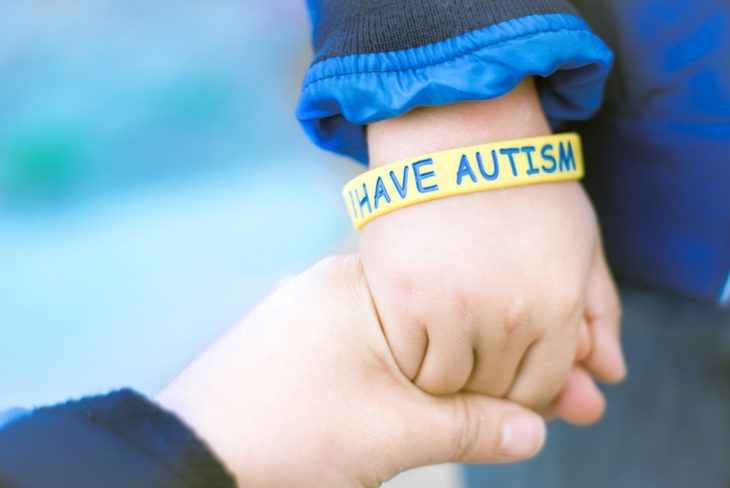 9. It’s Not a Mental Health Disorder

Autism is a developmental disorder due to changes in the brain in utero, not a mental health condition (which develops post-birth), stresses the Autism Association of Western Australia.

It also says that no 2-children with autism are the same, although it adds “research has shown with some children marked differences in brain size and connectivity at certain stages of development, when compared to their typically developing peers.” 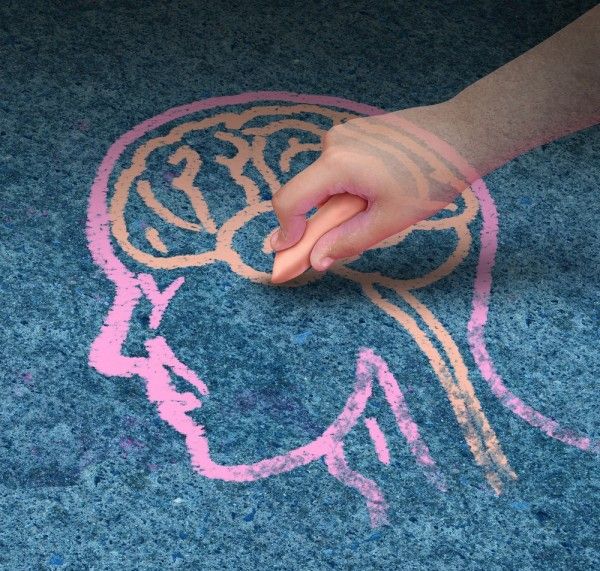 10. Autistic Individuals Feel All The Emotions

There’s a myth that some children on the spectrum don’t feel emotions like a typical person, but that’s not true, says the Autism Association of Western Australia.

It’s more about the ability to express these emotions, as well as recognizing emotions in others, it adds. “It is common for people with autism to have difficulty recognizing and interpreting the emotions of others which can lead to misunderstandings,” offers the source. Autistic individuals are also capable of showing affection, “but often on their own terms,” it adds. 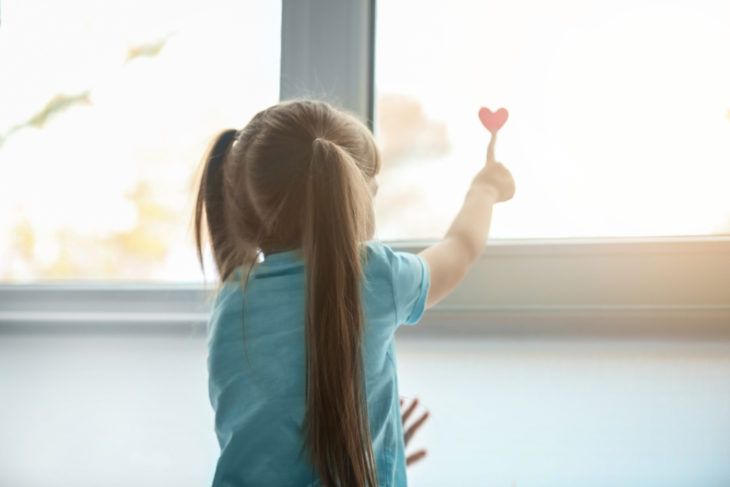 There’s no need to place autistic children in special education programs, and the Hospital For Sick Children explains children on the spectrum can actually benefit from interacting with typical children because it boosts their social skills.

It notes the recommendation in the area of learning is to keep autistic kids in mainstream learning environments, and to only remove them “under exceptional circumstances, for short periods of time.” However, it notes that all ASD children will have a special learning plan to take their needs into consideration. 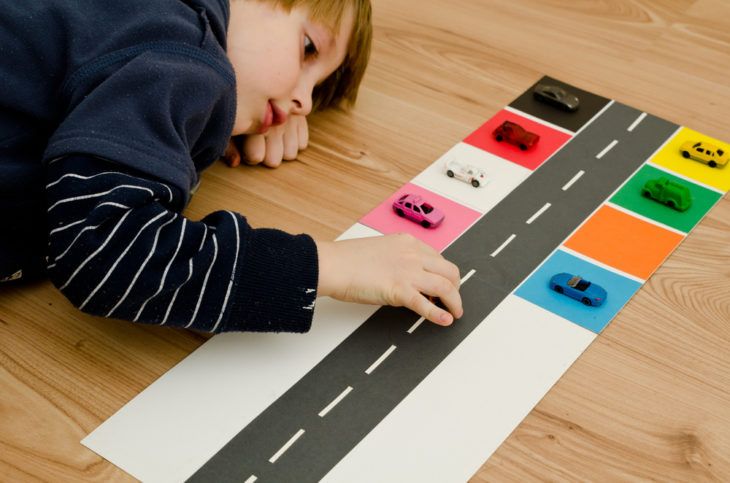 12. There Is No Cure For Autism

There also seems to be the thought floating around that autism can be cured, which is not true, says Parents.com. However, it can be effectively managed to provide a higher quality of life for the individual, it adds.

It says there have been miracle cures for autism thrown around such as fad diets and even a process to remove mercury from the body (called chelation, which can cause liver and kidney damage), but there is no science to prove effectiveness. “A lot of parents use these treatments because they’re worried and desperate,” it adds. However, behavioral therapy can be very effective and help children function well in “almost every area of life,” it adds. 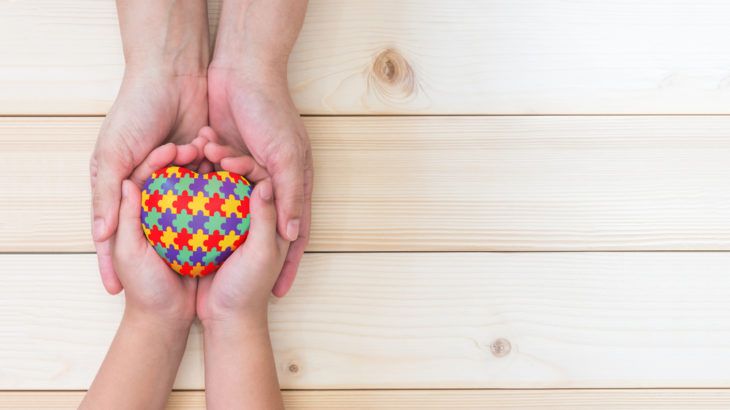