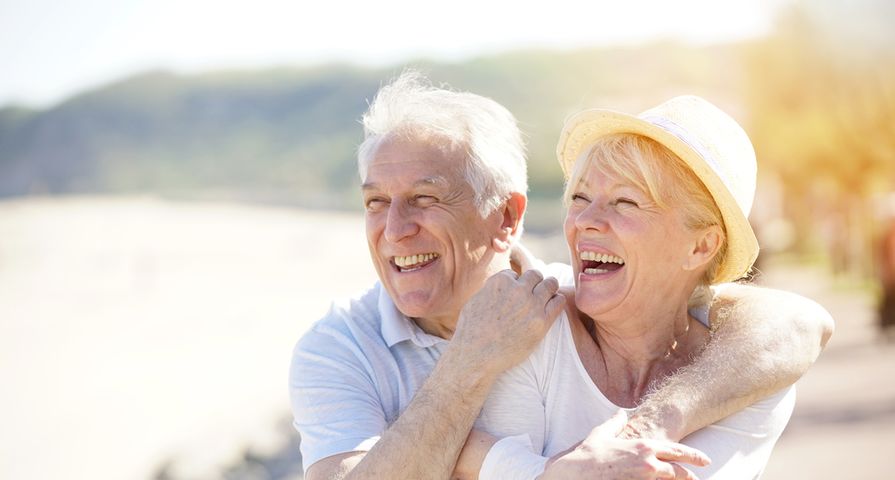 After calling it quits on a long career, it’s now time to focus on yourself! You’ve got more freedom to do the things you’ve always wanted and are no longer held back by professional responsibilities. While you might want to relocate to a new city with lots of great attractions, you first have to consider whether it’s going to work with your new budget and retirement savings.

With that said, there are many places in the U.S. that have become popular retirement locations, but aren’t necessarily the lowest in terms of cost of living and accommodations. With added economic pressures of late and many Americans having little savings, it pays to find an affordable city to enjoy retirement living in relative luxury. Here are some of them that are not only affordable, but also surprisingly appealing.

You might think of Florida as being out of your price range because it’s a highly sought after place for homebuyers and vacationers alike. And who can blame them with the sunshine, beaches, and world-class amusement parks?

However, according to Business Insider, Jacksonville is one of the best places for retirement because of taxes and personal care costs. More specifically, it says the state taxes for a median income family sit at 8.44-percent, while adult day services run about $16,900 annually. (Adult day care usually provides supervision for seniors along with activities, meals and basic health services). 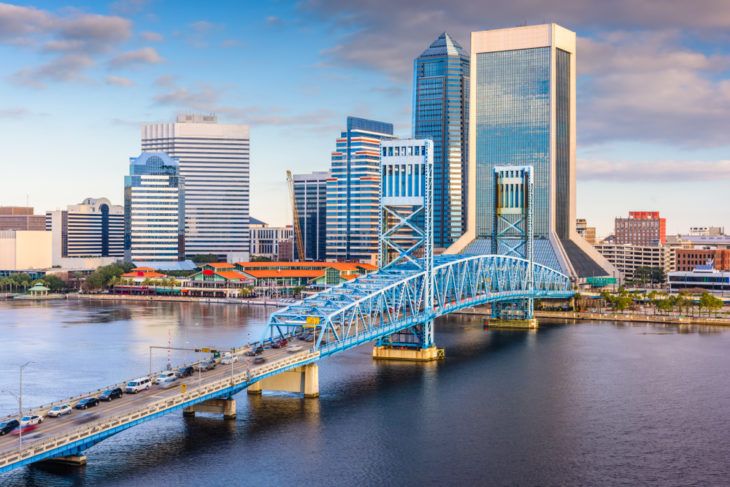 It’s definitely not a city you will want to retire in if you’re adverse to the heat. After all, it is in a desert. However, the city is also hot for those looking to retire in a place that promises great scenery as well as affordable costs. The relatively low populated city of 250,000-people or so is popular for its quality golf courses and dining.

It is also known for its quality healthcare (it’s home to a Mayo Clinic branch) and it’s slightly below national average costs for medication. According to Genworth, the monthly median costs for in-home care in the area is around $5,000 (the source breaks down homemaker services and home health aides, both at $5,000 respectively). Adult day care weighs in at around $2,400 as of 2019, according to the same source. Scottsdale does have some extravagant homes, but it is less expensive on average to buy a home in Scottsdale versus Los Angeles according to Zillow. 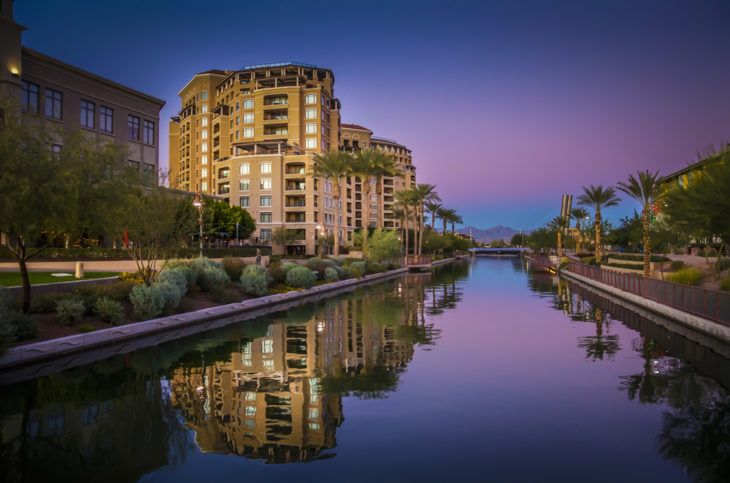 MoneyWise lists this city as one of the most affordable to retire in across the country. It notes that while the median income is about $34,000, you can score rental accommodations for less than $1,000 a month. Pair with that the fact that median home prices are well under $200,000, and it’s not hard to choose this place based on housing costs alone. Oh, and the scenery is very nice for long walks and drives too, with lots of prime picnic spots.

However, despite the low housing costs, it doesn’t seem to give up a lot in the way of important amenities for retirees. For example, the source notes the city contains three hospitals, and also has “extensive home care offerings.” Genworth notes the median cost for in-home care in the area is around $4,000 monthly as of last year (for homemaker or home health aide care), while adult day care is a relatively low $1,625 per month. 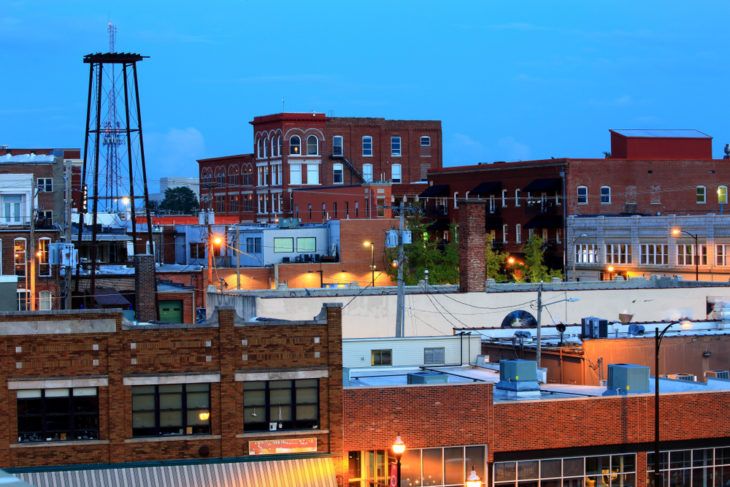 Apparently Columbia has been one of the hottest places to retire in recent years, according to The Balance. Retirees are the fastest-growing group there, “and the city knows it,” adds the source. Because of the influx of retirement-age citizens, it says the City has added more activities for seniors that are lower on the cost scale.

The source also explains that as a retiree you can expect to spend about $42,000-per year there, of which $7,400 will be on rent. Meanwhile, if you choose an assisted living facility, you’ll pay around $3,200 a month (as of 2019), while in-home care will cost about $4,000 monthly (for either homemakers or health aides) according to Genworth. 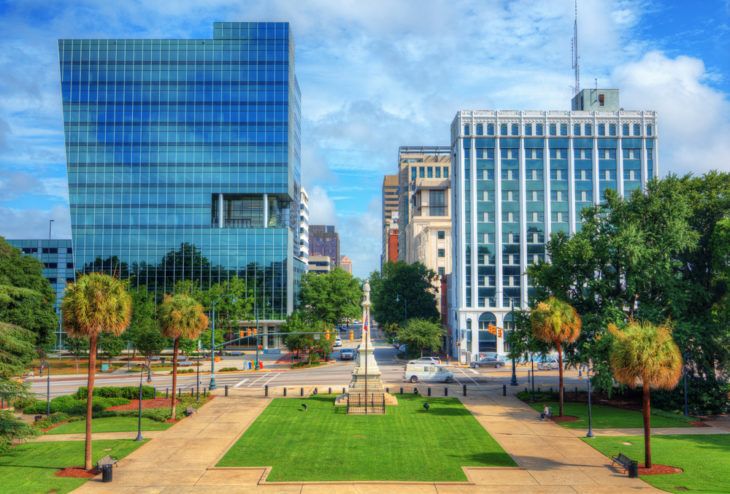 If you prefer a bit cooler average annual temperatures than the other places we’ve mentioned so far, then that’s just one reason to choose this city as an ideal place to retire. However, since we’re talking cheap places to retire, we will share some data about that as well.

The average expenditure per year in Ann Arbor is $41,250 according to The Balance. The cost of food per year is also relatively low at just under $3,000 annually. Rent is a bit higher than average, due to being a college town, adds the source. However, as it points out, perhaps not being surrounded by other seniors is a selling point for you. If you’re looking for in-home care or an assisted living facility, you’ll spend about $4,200 or $4,000 respectively per month. 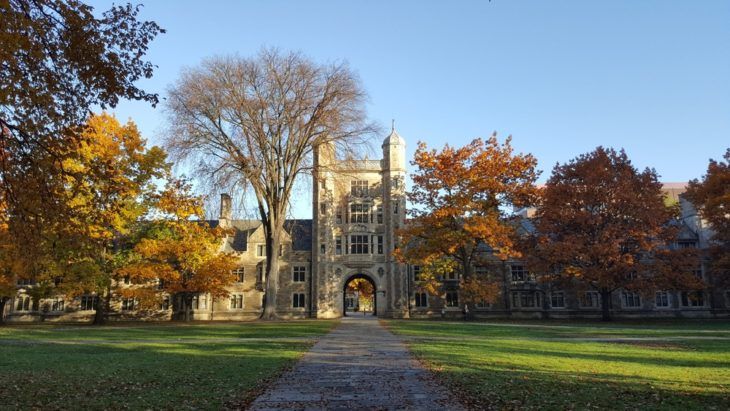 You might be surprised to see Las Vegas on the list, as it’s a big tourist draw, but apparently it’s no gamble to retire there, according to MoneyWise. “Despite being known for its famous gambling strip, Las Vegas features a number of communities where retirees can enjoy a high-quality, low cost of living,” it notes, adding that $50,000 a year will earn you “a great lifestyle here.”

Of course, if you’re into the slot machines and the other entertainment, Las Vegas is a no-brainer. But from a cost of living point of view, Investopedia.com says you’ll pay just over $1,100 on average for an apartment, or $3,000 if you’re looking for something more upscale near the strip. It says you can also maintain a “healthy, filling diet” for less than $400 monthly if you avoid the pricier establishments. With a population around 200,000, there are a number of reasons why Salt Lake City has become a popular draw for retirees. Beyond the scenery including the Great Salt Lake itself, it is also a walkable and bikeable city that can help contribute to a healthy lifestyle in retirement. Add to that a world-class transit system linking residents to the downtown.

The median value of a property is not the lowest of the bunch, sitting at $440,000 according to Zillow. But the in-home care costs are reasonable at $4,500 monthly, and the adult day services are about $1,400 monthly according to Genworth. Healthcare costs are only slightly above the national average, but also slightly under the state average. 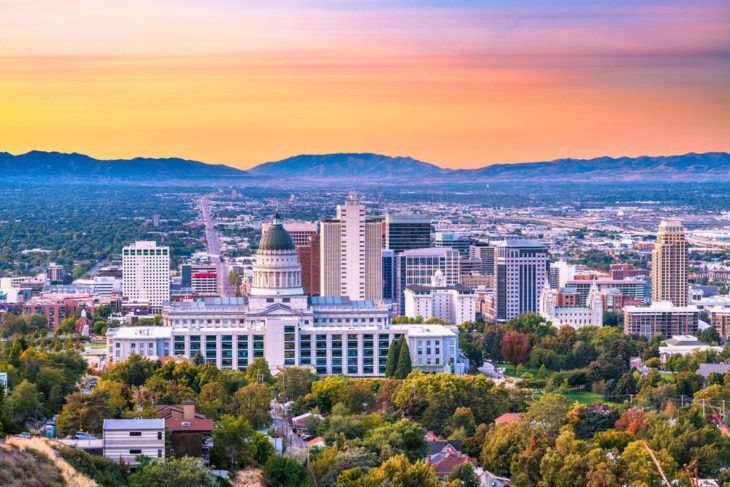 This city in Texas has a lot of surprising history and other facts, such as being the biggest inland port in the country. It also has one of the top-ranked municipal golf courses in America if you’re looking to hit the links more often in retirement. But in terms of the price to be there, Business Insider notes it has “relatively low living and senior costs.”

That includes the cost of adult day services being at a relatively low $9,100 for the year, while in-home care weighs in at about $3,400 per month for either housekeeping or healthcare, according to Genworth. Meanwhile, Texas maintains its stance against a state income tax, relying mainly on property and sales taxes. 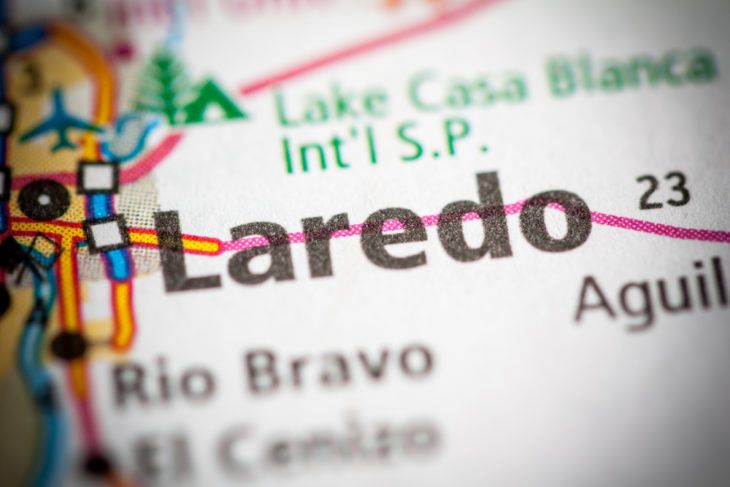 Another more northerly city has become a big draw for retirees. Mental Floss lists it as one of the most affordable cities in the country for anyone, flouting its low cost for things like a T-bone steak (just $10!) and only $70,000 for a “quality home.” The source goes on to explain that healthcare resources in the city are strong, and that its hospitals “tend to be on the forefront of burgeoning diagnostic and treatment advances.”

Looking at Genworth’s numbers, it says that homemaker or home health aides are about $4,400 respectively, while living in assisted care will run you about $4,450 per month. Adult daycare services are listed as a median of $1,300 in the area based on 2019 data from the same source. 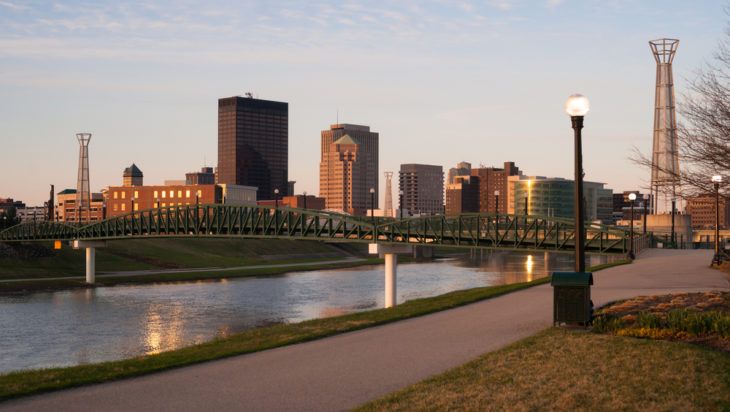 This is another city touted by Mental Floss as being affordable overall due to low costs of living and a wide mix of housing (including “quiet, family-friendly neighborhoods.”) According to Zillow, the median value of a single family home or condo is just under $70,000 in Birmingham, which puts its on the affordable side.

However, since this article is about places to retire, so we need to consider in-home health costs if you plan to age in place well into your later years. Genworth says it will run you about $3,600 for either homemaker or health aide services, while a place in an assisted living facility was about $3,600 per month as of 2019. However, adult day care weighs in at only $758 monthly, notes the source. If the costs aren’t enough to draw you, perhaps the architecture and natural vistas will. 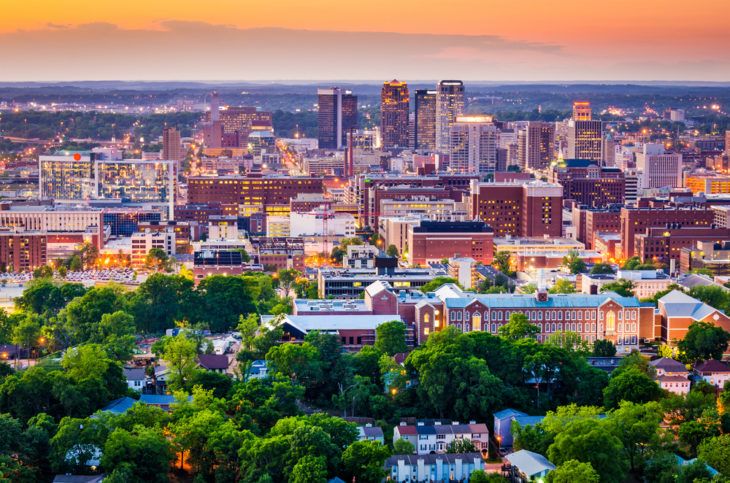 You don’t have to live in New York City or Montauk to enjoy the best of New York State in retirement. The Balance says Rochester, which is near the banks of Lake Ontario, still offers a relatively warm summer (but prepare to bundle up during winter).

The annual expenses of living in Rochester, according to the source, is just over $40,000 with $7,400 of that amount heading to rent. Genworth reports that as of 2019, the median monthly costs of in-home care was about $4,700 for homemaker services and $5,400 for home health aides, while adult day services were at $1,625 per month. 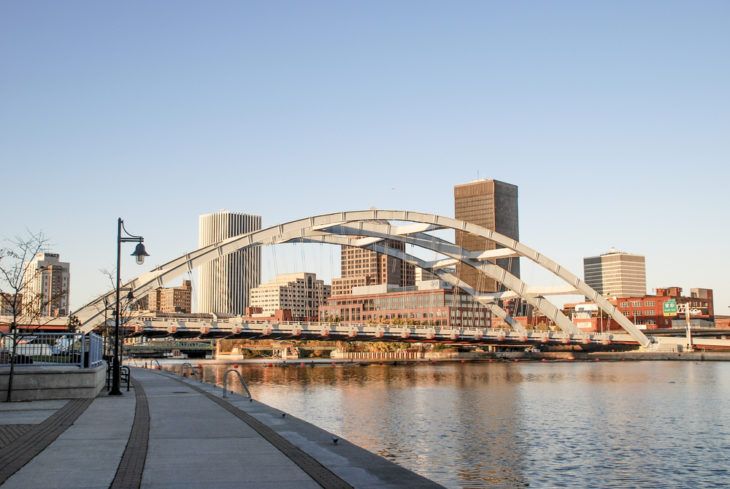