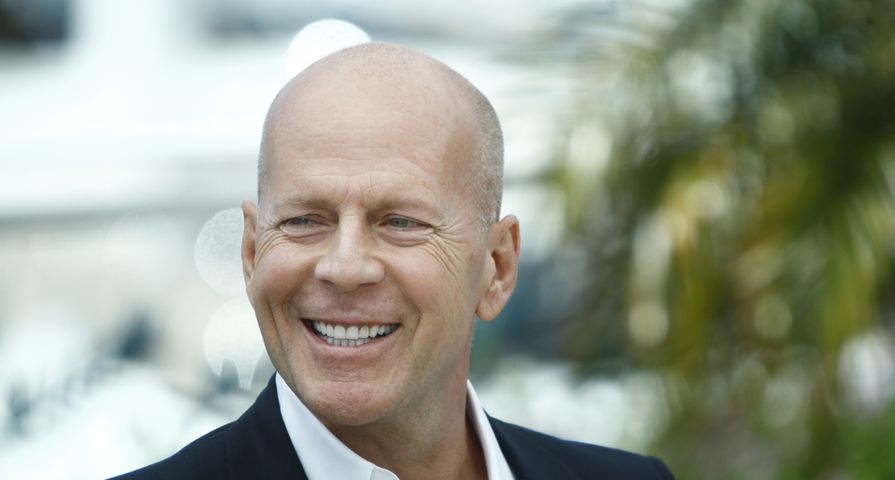 Aphasia is a condition that affects your ability to communicate and is often the result of damage to an area of the brain. Aphasia can have different symptoms depending on what area of the brain was damaged, but can affect how you speak, talk, read and write.

This communication disorder has been gaining more attention recently since star Bruce Willis revealed his diagnosis, so follow along as we outline everything you should know about aphasia including the types, symptoms, causes and treatment.

Aphasia is a communication disorder that results from brain damage in one or more areas of the brain that control language, according to Healthline. Aphasia can often interfere with verbal communication such as getting words mixed up when speaking, or through written communication, or sometimes both.

Aphasia impairment can range from minor to severe, but those with the disorder may have difficulty speaking, reading, writing, listening and understanding language. It’s most common for people with aphasia to be limited in more than one area of communication, and nearly all patients with aphasia have trouble with finding words, according to Cleveland Clinic. 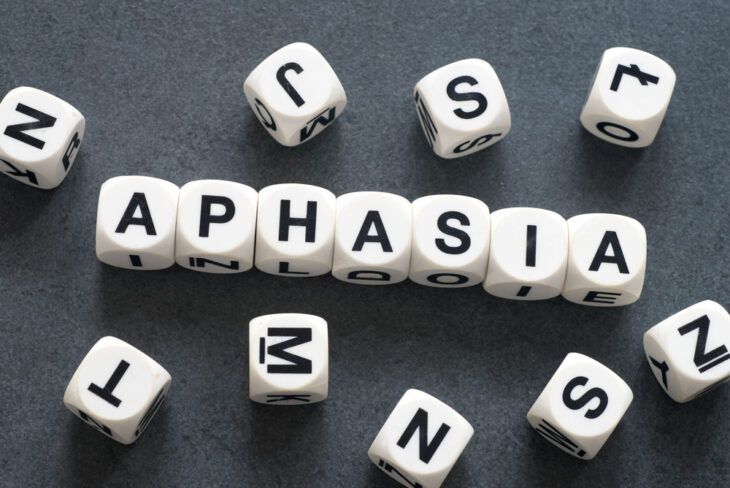 Aphasia symptoms can range from mild to severe depending on where the damage has occurred in the brain and the severity of that damage. Healthline explains that many symptoms of different types of aphasia tend to overlap, so it’s important to consult a medical professional to assess the situation. 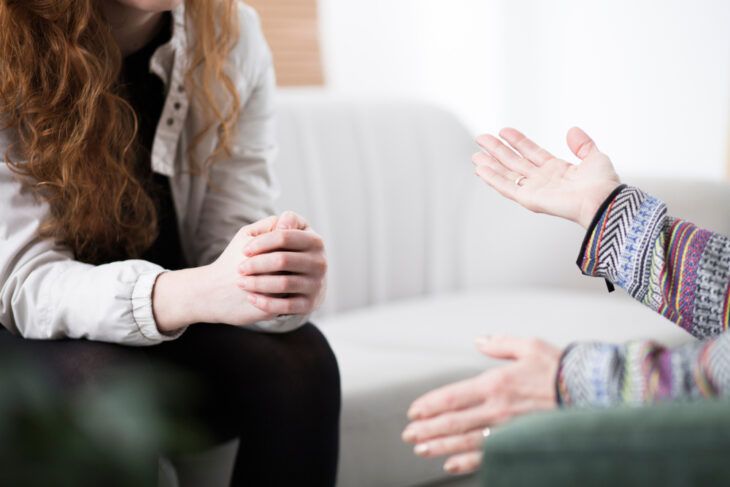 Cleveland Clinic explains that aphasia is caused by damage to one or more areas of the brain that control language. Aphasia can occur suddenly after a life-altering event, such as stroke, head injury, or brain surgery. Aphasia may also develop slowly over time as the result of a brain tumor, brain infection or a neurological disorder such as dementia.

According to the National Aphasia Association, strokes are the most common cause of aphasia and this disorder typically occurs in 25 to 40-percent of people who’ve had a stroke. 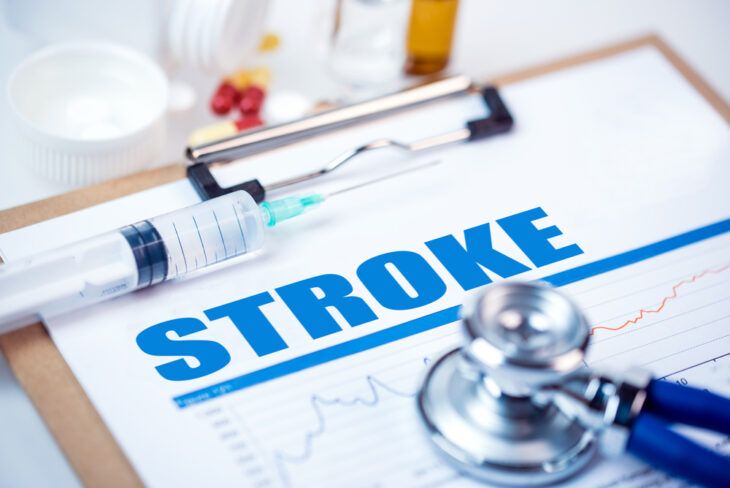 There are several different types and patterns of aphasia, which can affect people in different ways. Broca’s aphasia is a “non-fluent aphasia“ because it is categorized by the difficulty a person has with speaking. Broca’s aphasia typically involves damage to the left frontal area of the brain.

Those with Broca’s aphasia tend to find it very difficult to say the right words, even though they likely know exactly what they want to say, according to Stroke.org. They may speak in short, incomplete sentences or miss words when they speak. They may also have a limited ability to understand what others say or experience frustration when they can’t understand. It’s common for those with Broca’s aphasia to experience weakness or paralysis on the right side of the body. 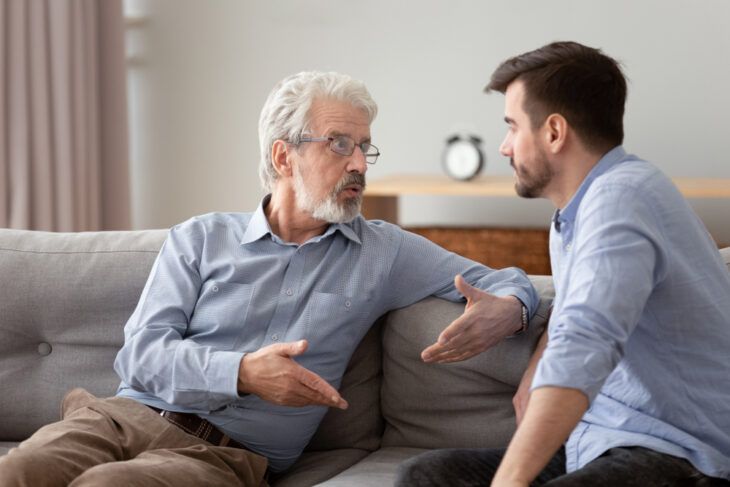 Wernike’s aphasia, also known as receptive aphasia, typically involves damage to the middle left side of the brain. This type is identified as fluent aphasia and causes people to have trouble understanding when others speak. People with this type of aphasia may be able to speak well and use long sentences, but their sentences may not make sense. They may also not be aware that what they are saying is wrong, which can cause them to get frustrated when others don’t understand them.

Additional symptoms of Wernicke’s aphasia include: 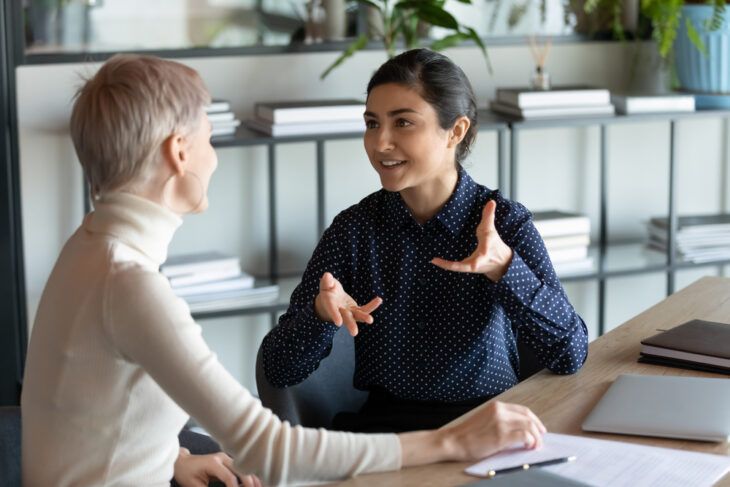 Anomic aphasia is typically categorized by the difficulty to find words that you want to use, which are often key nouns and verbs. Those with anomic aphasia tend to have minimal difficulty speaking and can speak quite well, but their speech may be full of expressions of frustration, according to Healthline.

Those with anomic aphasia can typically understand others’ speech well, have the ability to read efficiently, but may have difficulty finding the correct words, which is also evident in their writing. 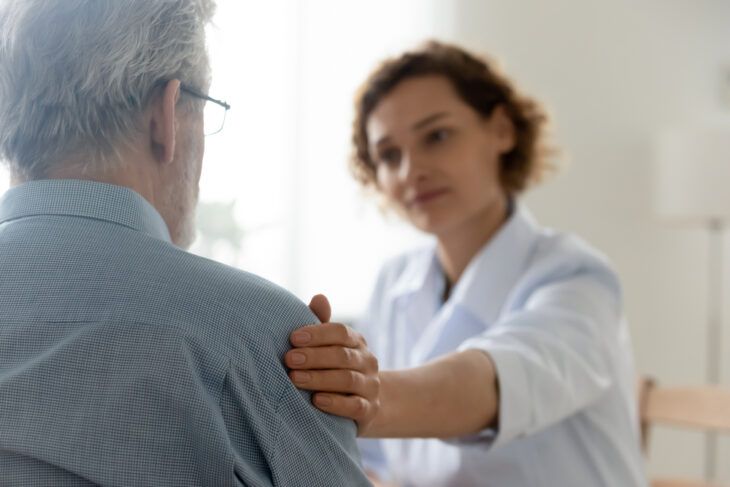 Another common way that clinicians categorize aphasia is by expressive and receptive types. According to Cleveland Clinic, expressive aphasia is defined by the difficulty a person has expressing their thoughts and ideas through writing or speech. MedicinePlus explains that with expressive aphasia, the person typically knows what they want to articulate but has trouble saying or writing what they mean.

Receptive aphasia, on the other hand, is categorized by the difficulty a person has understanding spoken language or reading. With expressive aphasia, the person can hear the voice or see the words, but can’t make sense of it. 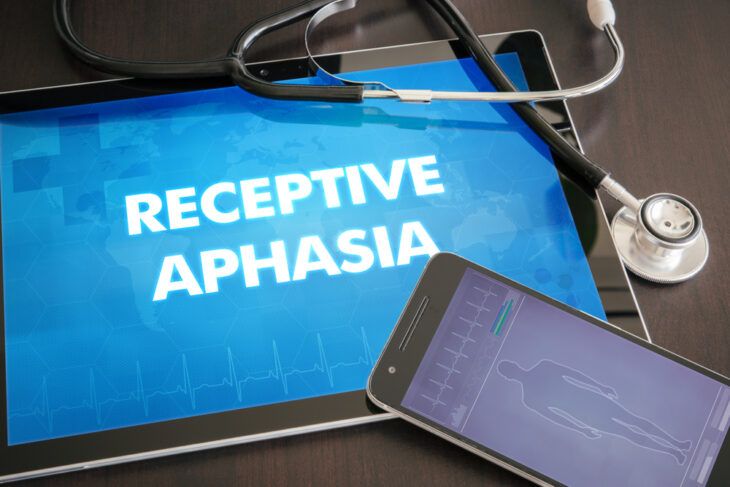 Who Is at Risk of Aphasia?

Aphasia can happen to anyone, including children, but there are some groups that tend to be more susceptible to the disorder. According to Cleveland Clinic, aphasia is most common in those who are middle-aged or older.

Those who have had a stroke are also more likely to develop aphasia. The National Aphasia Association has shared that approximately 1 million people have aphasia in the United States and approximately 180 000 people are diagnosed with aphasia each year. 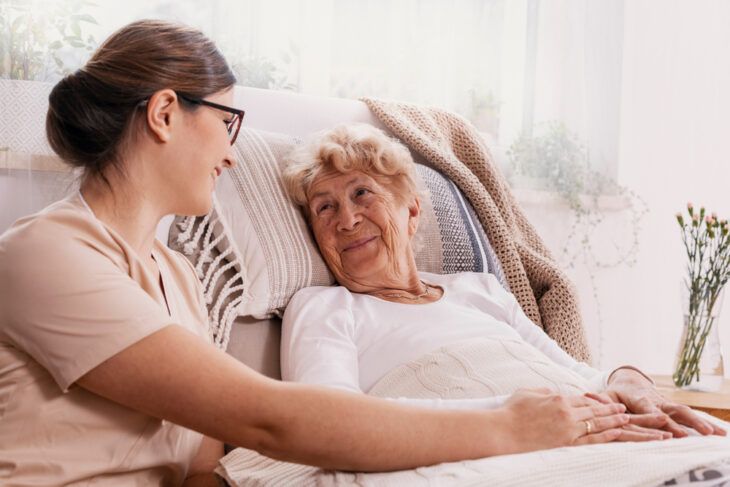 How Is Aphasia Treated?

The specific method of treatment depends on the type of aphasia, but the overall goal is to help the individual gain as much independence as possible, according to Healthline. Some types of aphasia can benefit from speech-language therapy where the individual may perform exercises, work in groups or learn techniques to improve their communication skills.

Those with aphasia may also benefit from a new treatment method called transcranial magnetic stimulation (TMS). This noninvasive treatment stimulates the brain and has shown some progress to improving certain symptoms of aphasia, however much of this work is still only being used in research settings. 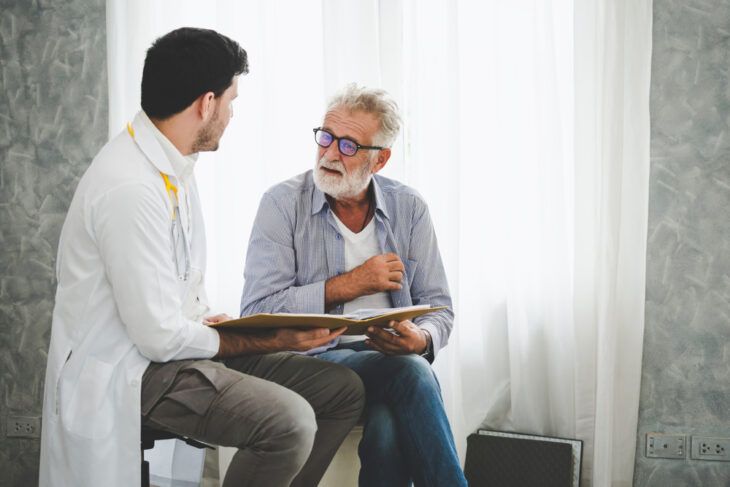 Can You Prevent Aphasia?

Many of the causes of aphasia are not preventable, such as brain tumors and degenerative diseases. Strokes, however, are the most common cause of aphasia, which means reducing your risk of a stroke may also reduce your risk of developing the communication disorder.

According to Healthline, some general tips to lower your risk of a stroke include: 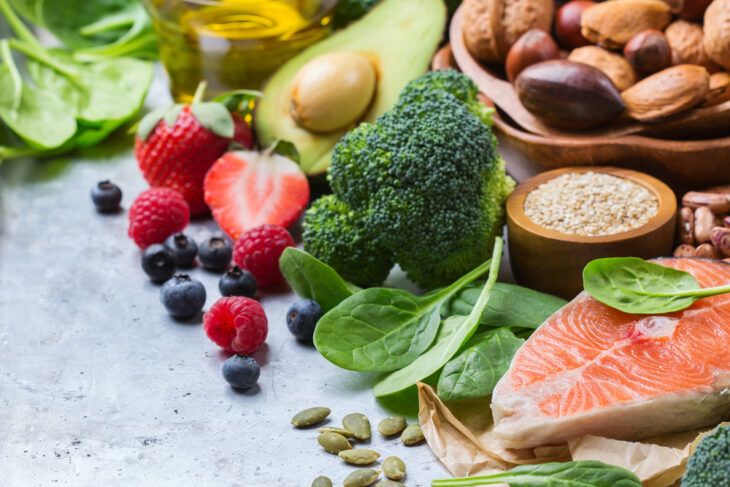 Since aphasia is mostly commonly the result of a stroke, it’s important to be aware of the signs and symptoms of a stroke and if aphasia could be developing. If you notice that you suddenly have difficulty speaking, understanding others, reading or writing, it’s important to contact a doctor.

A few common symptoms of a stroke include a sudden severe headache, a weak or numb feeling in your arm, difficulties walking, and drooping on one side of the face. 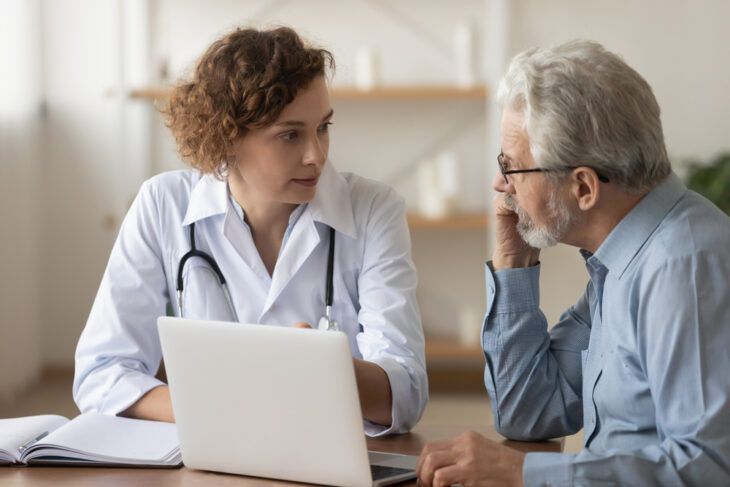 Supporting Those With Aphasia

If you or a loved one has been diagnosed with aphasia, it’s important to surround yourself with a support system and to have your loved ones understand how to best communicate with the patient.

Some ideas on how family members can support include going to speech-language therapy with their loved one, speaking in short simple sentences that are easy to understand, repeating or rephrasing when needed and asking questions that can be answered with “yes” or “no.” Your support group could also be sure to always include their loved one in conversation, turn down the volume of TV or radio when speaking, and help your loved one find a support group of people who share a similar experience. 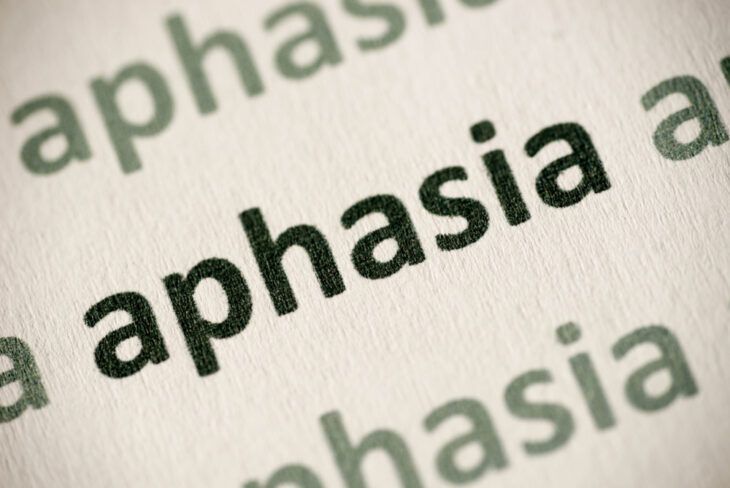