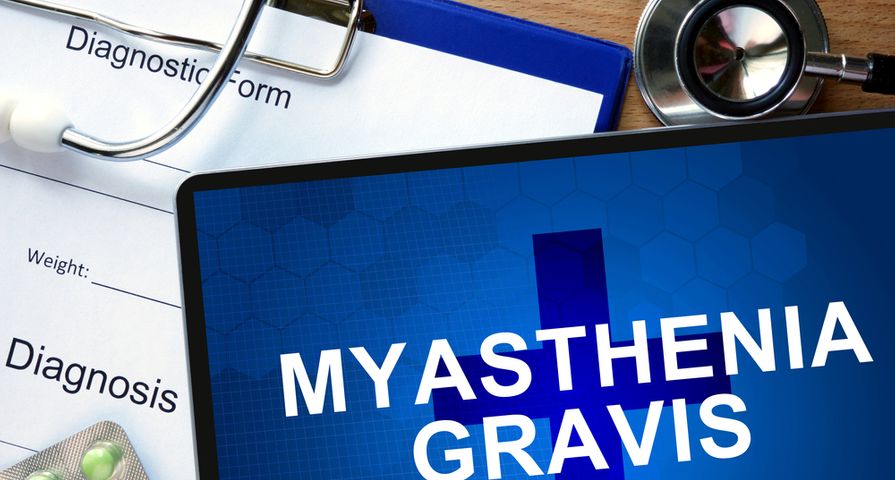 Chances are you’ve never heard of Myasthenia Gravis, a condition that causes weaknesses in some muscles. Luckily, June is awareness month for this autoimmune disorder, so it’s a perfect time to describe it in more detail and talk about the symptoms.

While there is no cure for this disease that causes “rapid fatigue” of muscles, according to the Mayo Clinic there is treatment available. This is why identifying symptoms is so important. Here are seven key signs to look for to help your doctor decide it’s Myasthenia Gravis you’re suffering from…

1. Your Eyes are Usually Affected First

This disease tends to attack muscle groups used for movement, meaning they are muscles that you have voluntary control of. Weakness can often be detected in the eyelids first, and the weakness can cause one or both eyelids to droop.

Myasthenia Gravis can also affect your vision, notes the Mayo Clinic. More specifically, it can cause diplopia (double vision) that will correct itself if you close one eye. The double vision can be vertical or horizontal, adds the source. 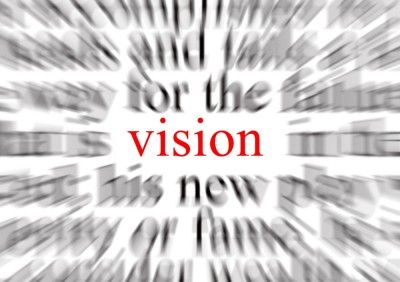 2. It Can Affect Mobility and Breathing

While it starts primarily in the eyes, the disease can become more generalized and affect muscles responsible for lifting your arms, stand up, or walk up stairs, according to WebMD.

The disease can also affect the muscles used for chewing, swallowing, and even smiling. Perhaps the worst-case scenario is that the disease can affect your ability to breathe (from weakness of the chest muscles), causing what is called a “myasthenic crisis” – which is a medical emergency. 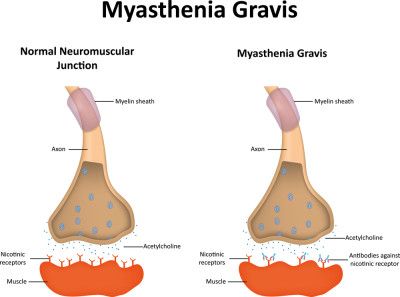 According to Healthline.com, Myasthenia Gravis typically affects those reaching middle age. That being said, it’s quite a rare condition, affecting only about 20 people per 100,000 in the U.S., adds the source.

Healthline also notes that while the disease is likely to occur in people over the age of 40, women tend to be diagnosed at an earlier age than men. The average age for diagnosis in men is typically 60-plus years of age or older. 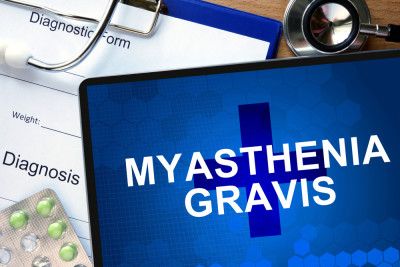 Symptoms of Myasthenia Gravis (or MG) tend to worsen over longer periods of time, according to The Muscular Dystrophy Association. The symptoms can fluctuate on a daily basis, with the most weakness in the evenings (after repeated muscle use) for the majority of people with MG.

The worse symptoms can arrive as early as 1-year or as late as 3-years, adds the source. In about 15-percent of sufferers the affected area doesn’t progress beyond the eyes, but most people with MG will experience weakness in other muscles. 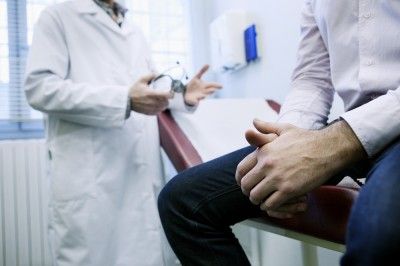 While the exact cause of MG is still being studied according to Healthline.com, scientists know it’s an autoimmune disease. This means your body’s immune system (which normally destroys foreign substances) mistakenly attacks healthy tissues.

This particular autoimmune disease causes your antibodies to break down a neurotransmitter substance called acetylcholine, which is important to the communication between your nerves and muscles, according to the source. This leads to less responsiveness and a feeling of weakness in the affected muscles. 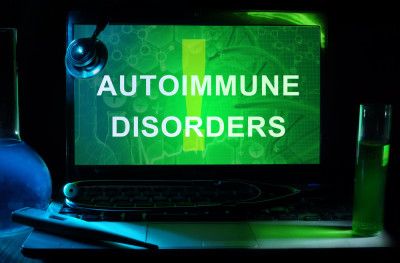 6. There are Tests to Help Pinpoint the Problem

Fatigue of the muscles is common with a variety of diseases, specifically when they’re autoimmune-related. However, your doctor can order a special blood test to show if there are elevated levels of immune molecules or acetylcholine receptor antibodies, notes the National Institute of Neurological Disorders and Stroke website.

The site also notes that a second antibody called the anti-MuSK is found in about 30 to 40-percent of those with MG, although some patients do not have either acetylcholine receptors or MuSK present (mostly those who are only affected in the eyes). Physicians can also identify weakness caused by MG by administering edrophonium chloride into your bloodstream to briefly relieve the weakness caused by MG, or conduct an electromyography (EMG) test to detect problems with nerve and muscle communications, adds the institute. 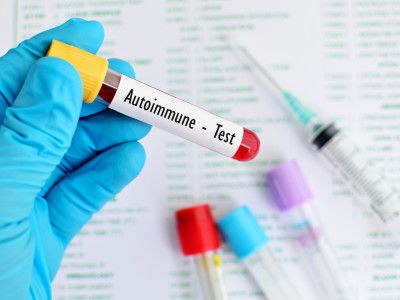 7. There are Effective Treatment Options

There are no complete fixes available for MG, but doctors have some tools at their disposal to combat this disease. For example, your doctor may choose to go the medication route, prescribing corticosteroids and immunosuppressants that lessen the autoimmune severity, according to the Myasthenia Gravis Foundation of America.

More extreme measures such as surgery can also be considered, more specifically the removal of the thymus gland, which produces T-cells related to your immune system. While there is no cure, some patients can go into remission for long periods of time with or without treatment, according to the foundation. 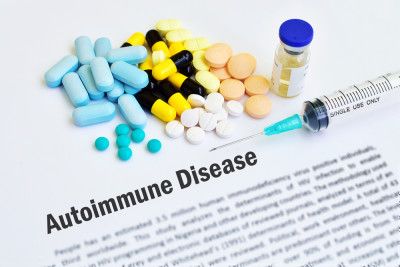