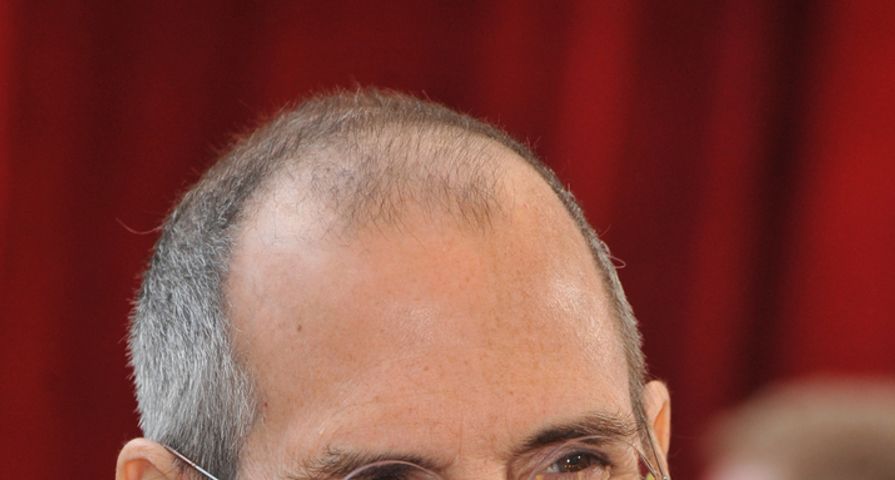 The faces of pancreatic cancer run the gamut of humanity. Like so many diseases, it has no respecter of race, sex or geographic location, though the vast majority of individuals diagnosed are over the age of 40. It has claimed many lives, including several beloved celebrities from the worlds of entertainment, education and even realms of scientific exploration and engineering. Here are 11 celebrities who were diagnosed with the deadly disease at various points in life, including one screen legend who is still battling the disease.

She was the unassuming, never-guess-it, “I-can-do-that” woman who became known as the first American woman in space. Considering current social agendas, Sally Ride is also considered the first LGBT astronaut. This was a relatively unknown fact, because Sally was married to fellow astronaut Steve Hawley for many years. Sally was an individual who kept her personal life very private. This included her long term relationship with Tam O’Shaughnessy, as well as her cancer diagnosis and subsequent treatment. After Sally’s first Space Shuttle flight in 1983, she remained active in the scientific community and wrote several science books for children with O’Shaughnessy. Sally was diagnosed with pancreatic cancer early in 2011, and was eventually consumed by the disease in July of 2012. She was 61 years old. 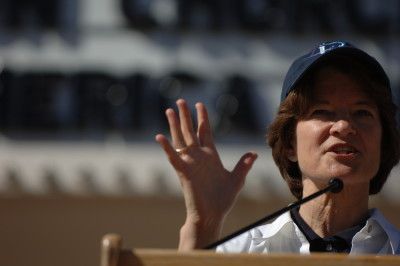 There may not be a name that is more enjoyable to say: Marcello Mastroianni. The Italian actor was the perfect stereotype of the Italian leading man. He was irresistible to most women, carrying on long, sordid love affairs outside of his marriage, while still remaining married, yet separated from his wife. Regardless of his personal misgivings, he was beloved by everyone, especially international audiences. His career that spanned some 60 years, and likely would have continued if his life wasn’t cut short by pancreatic cancer. Marcello was diagnosed with the disease in the mid-1990s, and it took his life on December 19, 1996. He was 72 years old. In a show of respect, The Trevi Fountain in Rome, iconic in Marcello’s most famous role and film, La Dolce Vita, was turned off, and veiled in black following his death. 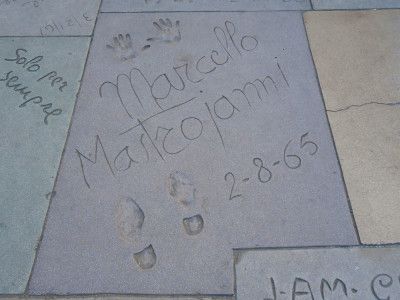 Donna Reed was born Donna Belle Mullenger, and raised as a farm girl in Iowa, until the Great Plains could no longer contain her beauty and charisma. She moved to Los Angeles after graduating high school and enrolled in Los Angeles City College with hopes to become a teacher. Little did she know she’d be pursued by studios. She agreed to screen tests, though insisted on finishing her education before signing a contract with MGM. Donna was credited as Donna Adams in her first role, but soon changed her screen name to Donna Reed at the request of the studio. Within a few years, she was cast opposite Jimmy Stewart in It’s a Wonderful Life. When Donna received her diagnosis of pancreatic cancer, she was already in the late stages. She died three months later in January of 1986, a few days before her 65th birthday. 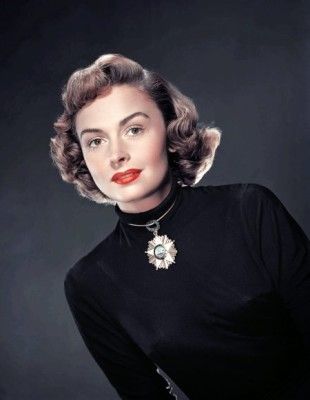 Luciano Pavarotti was a classically trained, operatic tenor who was able to find popular success in the mainstream through various recordings, and performances. He was a true professional in every sense of the word, and it was his work that paved the way for other classically trained voices to make commercial headway in popular music. Without Luciano, we might not enjoy Il Divo, Josh Groban… or, dare we say it… Rick Astley. Luciano was a man of many talents, and it was a conscious decision to choose music over other possibilities. His first passion was football (soccer), and he was an incredibly talented goal keeper during his youth. The tenor sang professionally, right up until his death, even fighting to get back on stage after his pancreatic cancer diagnosis. He passed away just over a year later in September of 2007. 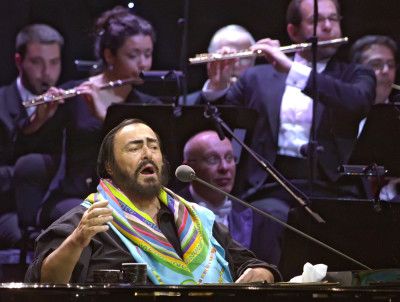 “Car 54, where are you?” It was the phrase that gave birth to a show, which popularized the talent known as Fred Gwynne. Most will remember Fred as the iconic face and actor to portray Herman Munster from The Munsters. What many people don’t realize: Fred Gwynne was an accomplished actor, beginning his career on Broadway, after scoring a university education from a little school called Harvard. Fred was also well known as a vocalist, boasting a resonant, or sometimes booming baritone voice. Fred continued to work until his diagnosis. In fact, he was enjoying impressive co-starring roles in big features as he aged, serving as a very unique option for casting directors. In his last appearance in a film, he played Judge Haller in 1992’s comedy hit, My Cousin Vinny. He passed away the following year at age 66. 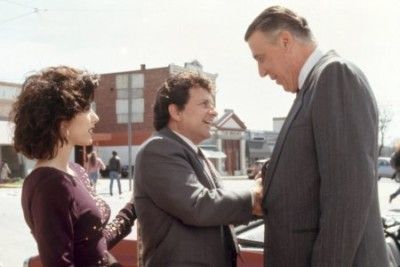 Legendary actor John Hurt is still here with us and he is currently engaged in a battle with pancreatic cancer. Sir John is a true chameleon when taking on any role, able to completely disappear into a character. At 75, he isn’t waving the white flag due to his diagnosis, and he plans to go on working as he undergoes treatment. Fortunately, John and his team of doctors were able to discover his cancer in the early stages and his team is very optimistic about his prognosis. He made this announcement in June of 2015. At present, John has several films in post-production being prepped for release, as well as a television show The Last Panthers, which is due for release in late 2015. Up next, he’ll begin work on a film entitled, The Journey, starring Freddie Highmore. 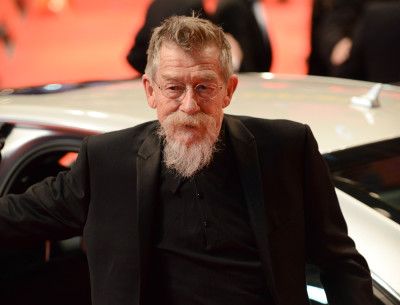 He was a trumpeter, and an iconic face of jazz, and the definitive face of bebop. Dizzy Gillespie was a man full of personality, and he parlayed his musical career into several television performances. To offer a little proof to the aforementioned pudding. Dizzy famously wrote himself in as a presidential candidate during the 1964 United States Presidential election, and suggested that comedienne, Phyllis Diller, would be his running mate. He also included several prominent individuals from the music and black community as future members of his cabinet, for example Malcolm X serving as the Attorney General of The United States. Dizzy would probably be pretty stoked to know that a black woman, Loretta Lynch, now serves in such a position. Dizzy passed away at the age of 75 in 1993. 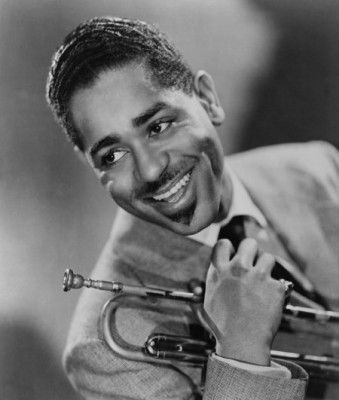 Joan Crawford was the queen of depression era feel-good flicks, often playing roles of the sweet and innocent ingenue who made good because she worked hard. This statement is apropos considering her career path, beginning as a chorine before finding work as a Broadway chorus girl, then signing a contract with MGM. It’s also completely ironic, considering her personal life, which was marred by depression, eventual disease and death from a heart attack. Sadly, most remembering Joan think of Faye Dunaway’s portrayal in Mommie Dearest, over the talented and exceptionally striking Oscar-winner who enjoyed 30 years of popularity on the silver screen. Joan was considered a very lonely woman, who likely suffered from manageable mental illness, but lacked treatment. Hiding her cancer diagnosis, it wasn’t revealed until after her death in 1977. 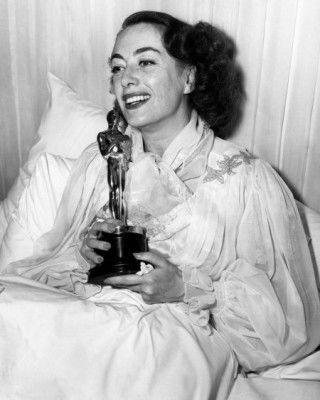 Michael Landon was beloved by family, friends, fans, as well as the cast and crew members of the shows he worked on. People who have logged many years in Hollywood still tell stories about how wonderful Michael Landon was. He was a true leading man, who made his mark as Little Joe Cartwright on Bonanza, then playing pioneer Charles Ingalls on Little House on The Prairie. It was his role as Ingalls that made him a household name, and eventually led him to his third hit show, Highway to Heaven. A little trivia: only Lucille Ball appeared on the cover of TV Guide more than Michael Landon. He was that popular. Michael’s diagnosis came during a vacation when he began to experience severe abdominal pain. His subsequent fight against the late stage cancer which had metastasized, was highly publicized. He passed away in 1991 at age 54. 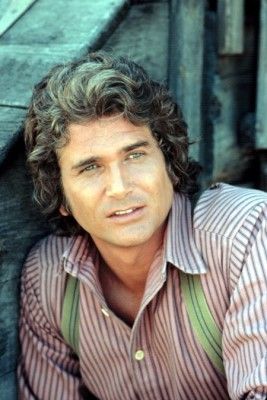 Patrick Swayze was known for a lot of things, perhaps none more than speaking the following words into legend: “Nobody puts Baby in a corner.” Patrick Swayze offered more publicity to pancreatic cancer after his diagnosis in early 2008. At the point of his diagnosis, he thought himself to be healthy, but began to endure symptoms of intestinal problems. After a series of tests, it was discovered that Patrick had stage IV pancreatic cancer, and he immediately pursued treatment options. This included chemotherapy and experimental drugs at the Stanford University Medical Center. Patrick responded well to treatment, but it only proved to prolong his life by a few months. Patrick used his celebrity to shed more light on cancer research, and became a spokesperson for Stand Up To Cancer. After battling the disease for 20 months, Patrick died at age 57, surrounded by his family. 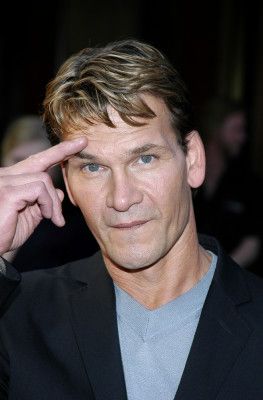 Steve Jobs cast a spotlight onto cancer, and cancer treatment, when he opted to forego traditional treatments and medications, and pursue dietary changes and natural remedies. He was diagnosed with pancreatic cancer in 2004, and battled the disease for some seven years, succumbing to its complications in 2011. During that time period, it metastasized to his liver, requiring a liver transplant. Throughout his battle, medical professionals began the great debate about Steve Jobs’ cancer. Many were of the mindset that his relatively mild former of pancreatic cancer could have been managed, or even possibly cured had he opted for traditional treatments, especially considering his unlimited means in pursuing treatment options. Sadly, it seemed the same thing that made Steve Jobs so great in defying the norm, may have caused and early death. Steve Jobs was 56 years old at the time of his death. 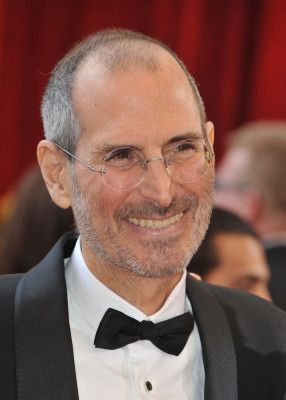