15 Best Airlines in the World 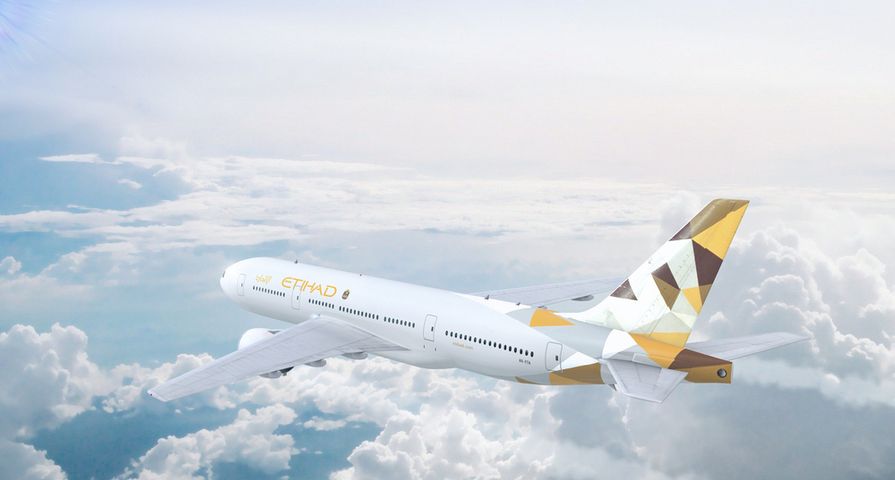 The skies are full these days and as the demand to reach far flung places grows, airline carriers are responding. Not only with more convenient routes and schedules but also with increased amenities and better customer service; because in a world where commuting no longer just means by land, it’s those carriers that go above and beyond that make all the difference. These 15 airlines do just that, offering enhanced amenities, excellent customer service and receiving worldwide acclaim for striving to be the best in class. Here are 15 of the best airlines in the world:

Westjet is Canada’s best offering to the North American low-cost carrier scene and offers an impressive choice of destinations; 91 to be exact, in Canada, the U.S., the Caribbean, Mexico, Central America and recently expanded to offer flights to Europe including Dublin and Glasgow. The airline was rated among the top low-cost carriers in the world in the 2014 Skytrax World Airline Awards, aside from this Westjet tends to think outside the box of typical customer service. In 2007 they became the first airline in North America to offer electronic boarding passes -a major time saver and convenience for tech savvy passengers. 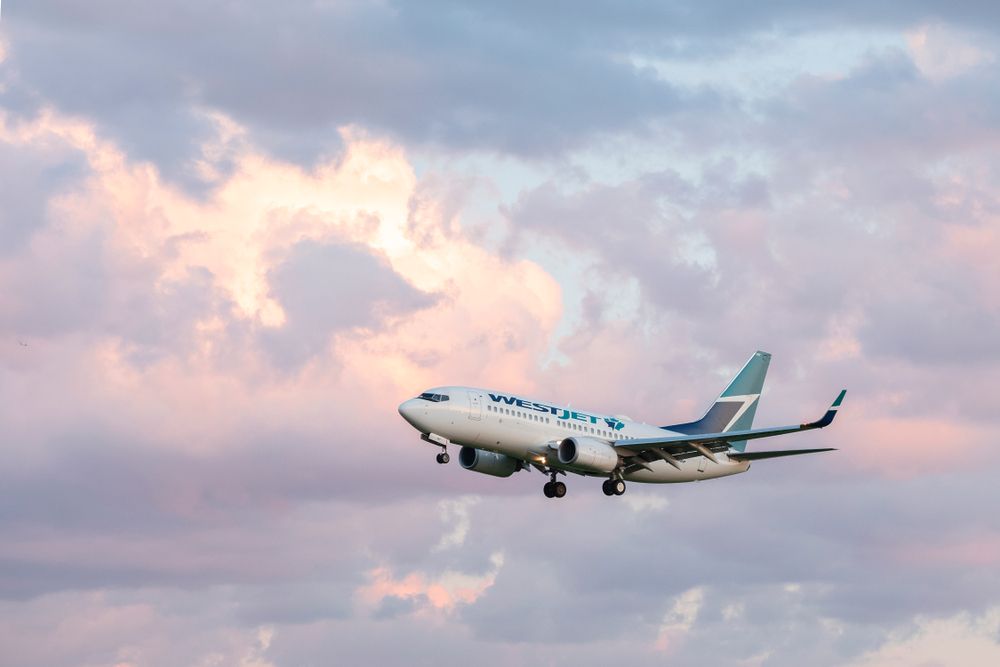 American Low-cost carrier jetBlue has been making a name for themselves through excellent customer service and enhanced economy services. It’s clear that North American customer customers love this airline as jetBlue was ranked first in a recent customer satisfaction survey by The American Customer Service Index. In addition, the airline has received 10 consecutive awards for ‘Highest in Customer Satisfaction among Low-Cost Carriers in North America’ by JD Power and Associates. 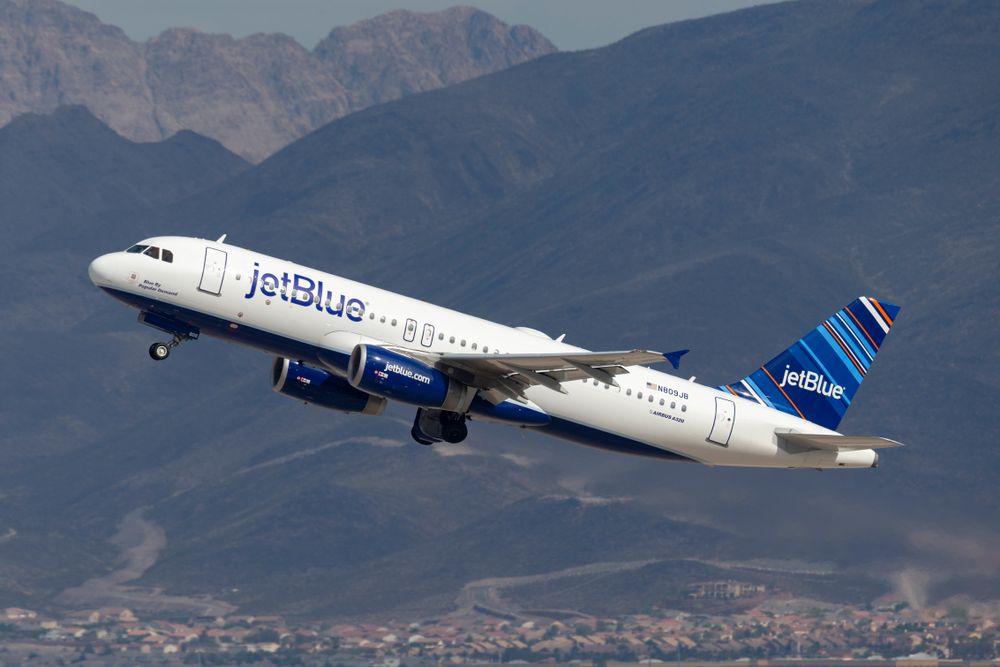 Canada’s largest and flagship airline has been a favorite of Canadians and North Americans for decades. The airline offers customers spectacular accessibility with more than 180 destinations on five continents. The airline is also the founding member of the Star Alliance Network; the world’s most comprehensive air transportation network. In 2014 Air Canada was named ‘Best Airline in North America’ by Global Traveler magazine and also won ‘Best North American Airline for International Travel’ by Business Traveler magazine. 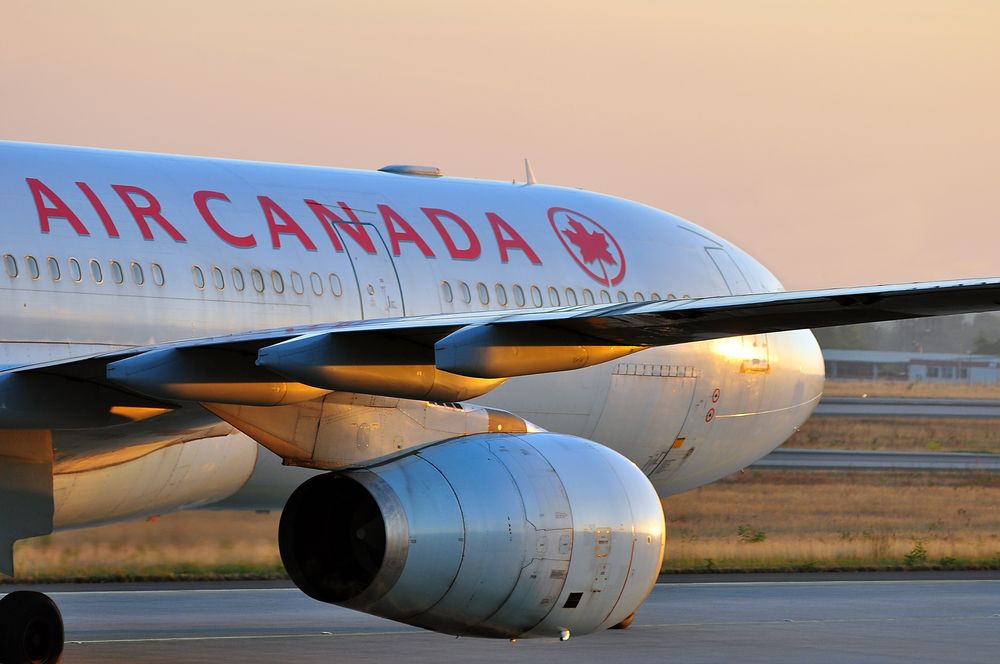 Delta Air Lines is the preferred choice of many Americans who appreciate the company’s commitment to quality and customer service. In fact following a successful pilot project, this year Delta announced their commitment to ensure domestic passengers receive their luggage in 20 minutes or less. This luggage guarantee is one of the first of it’s kind in North America and comes with a reward for passengers who experience longer wait times. Over the years Delta has received many awards and accolades including 2nd in the 2013 JD Power & Associates customer satisfaction survey of major North American airlines, and was named ‘Best Domestic Airline’ in the 2013 and 2014 TravelAge West WAVE awards. 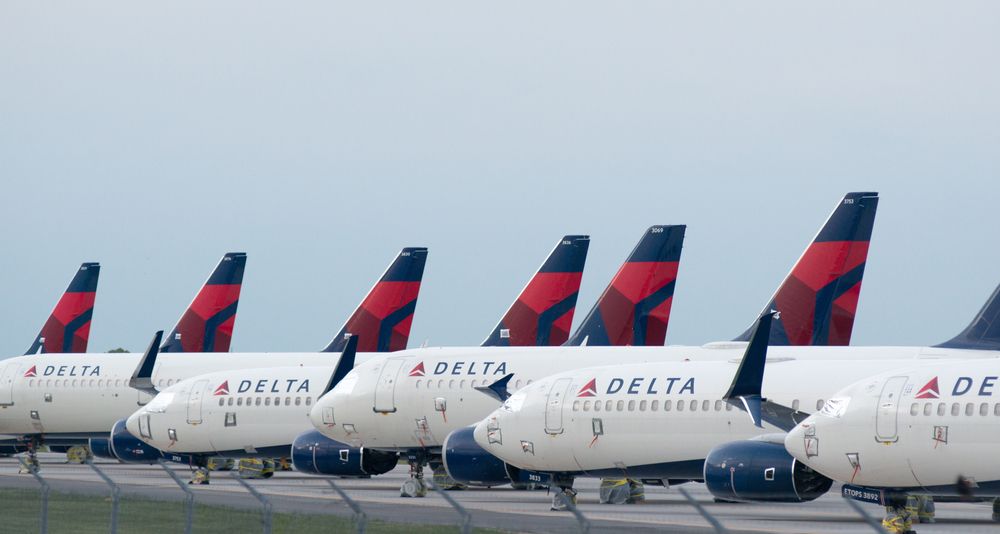 If you’ve ever flewn Air New Zealand you’ll probably agree it deserves to be in just about any list of exceptional airlines. The company’s principles clearly state that they strive to be the “customers’ airline of choice when traveling to, from and within New Zealand” and they do this well with luxuries like 3-course meals in economy seating and HD screens offering premium inflight entertainment. The list of awards for Air New Zealand is seemingly endless with some of the most notable including ‘Airline of The Year’ and ‘Best Premium Economy’ by AirlineRatings.com, ‘Best Premium Economy Class’ by World Airline Awards and ‘Australasia’s Leading Airline’ as per the World Travel Awards. 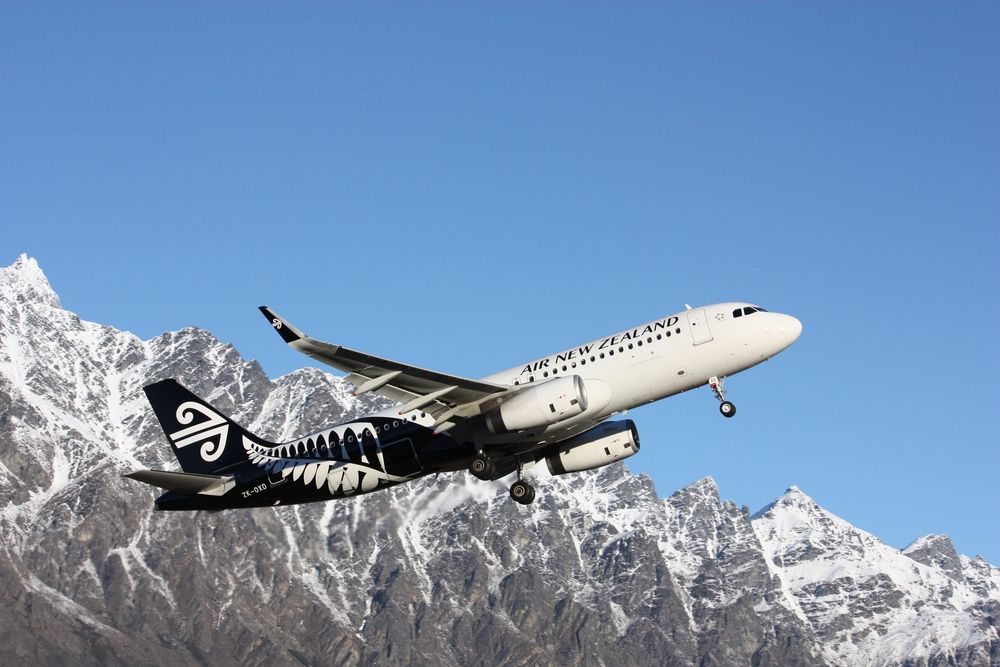 Aside from being named the Safest Airline in the World, Australia’s flagship air carrier has been receiving praise for its commitment to quality and customer service for decades. On the company website you can even view ontime performance for domestic flights for the past 2 years. In 2013, their average ontime performance for domestic flights was over 88% -an exceptional result by any standards. In the Skytrax annual awards, Qantas was ranked as 10th and 11th on the list of the ‘World’s Top Airlines’ for 2013 and 2014 respectively. It’s the consistency of quality and high level of customer service that keeps Qantas among the top airlines year after year. 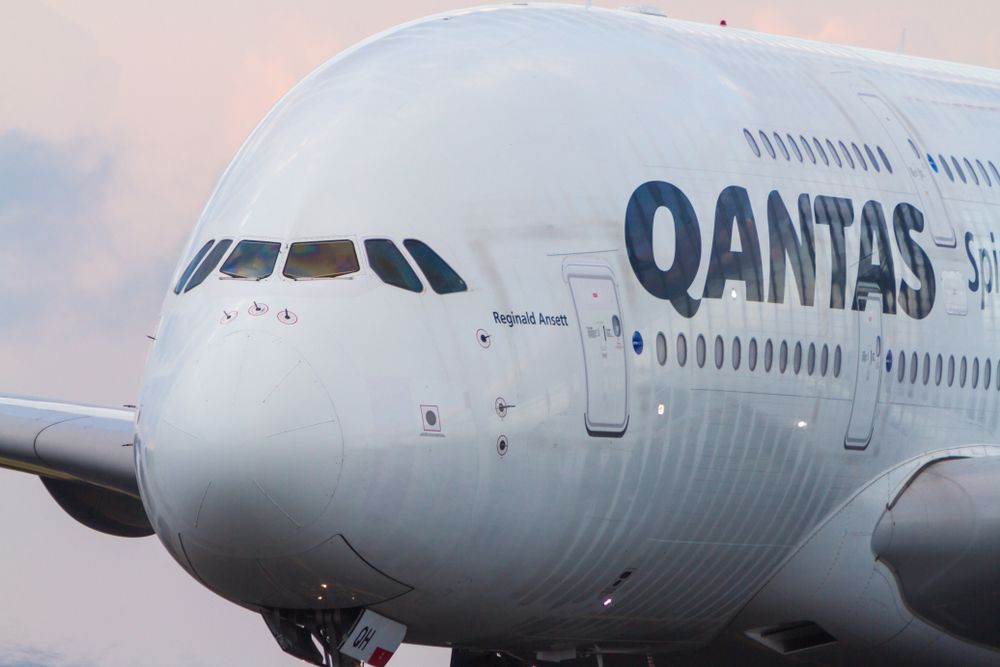 Lufthansa is the largest airline in Europe and the German flagship carrier is also one of the founding members of the Star Alliance Network. The company has started that “2015 will be the year of Lufthansa Premium Quality” and it looks like they are living up to this with customer-centric amenities like broadband internet access on more than 90% of long-haul flights, some of the most spacious and adjustable economy seating in the industry and live television sporting events. Notable awards and achievements include being named one of the ‘Best Airlines’ for receiving the International Five Star Diamond Award from the American Academy of Hospitality Sciences for their first class product offering and first class lounge at New York’s JFK Airport. 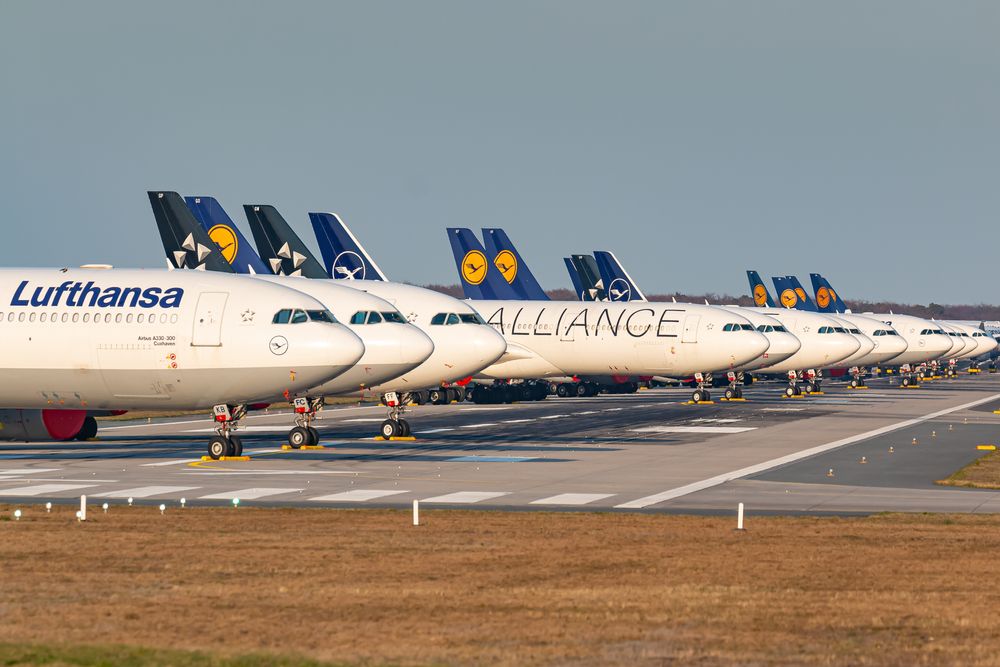 The United Arab Emirates is well known for luxury airlines and as the region’s flagship carrier,  Etihad exceeds expectations with excellent customer service and luxury products. The airline has brought new meaning to the phrase luxury air travel as their ultra-high end product called ‘The Residence’ is the only 3-room suite in the sky; featuring a living room, ensuite bathroom, bedroom, private chef and personal butler. Superior customer service isn’t only for those who can afford it either as the commitment to quality continues all the way through economy class on Etihad. The economy Smart Seat features ergonomic design and even adjustable lumbar support for enhanced comfort. These features paint a clear picture of why Etihad made the top 10 Best Airlines in the World Airline Awards. 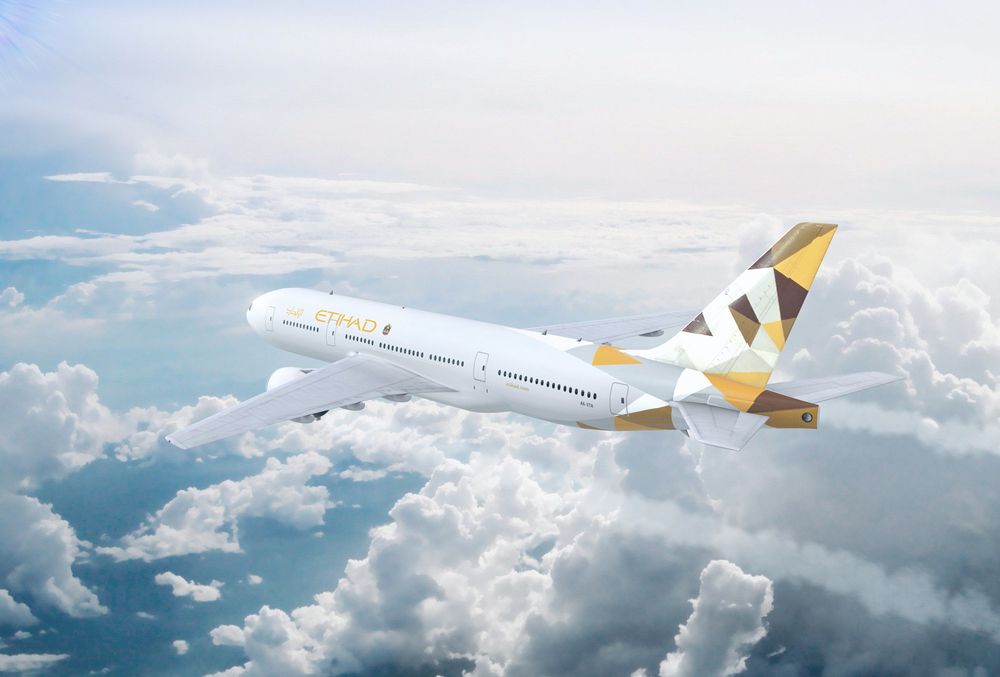 With a fleet of 84 aircraft, Asiana serves 24 countries and carried over 17 million passengers in 2014. The South Korea based carrier may be much smaller than some airlines on this list, but their focus on the customer is just as large. Another member of the Star Alliance Network, Asiana approaches customer service “without compromise”. The company’s premium First Suite Class features the world’s largest  32 inch HD personal monitor for ultimate entertainment. Even the food in economy class is worth noting, as it has won awards from the International In-Flight Catering Association. All reasons why Asiana is among the World Airline Awards top airlines in the world. 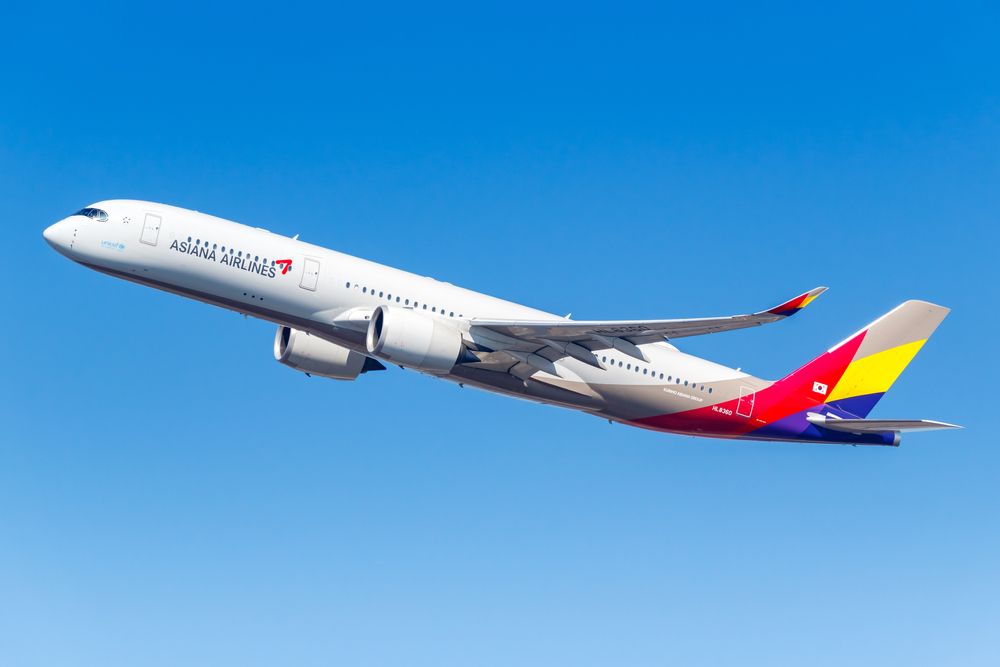 Japanese carrier ANA All Nippon Airways is the 13th largest airline in the world by revenue. They currently fly over 187 domestic and international routes with a fleet of over 240 aircraft. Along with being ranked the sixth best airline in the world by the World Airline Awards, the carrier was also awarded a 5 star rating by Skytrax -the highest rating given by the air travel rating and review company. ANA All Nippon was also the launch customer and biggest operator of the Boeing 787 Dreamliner aircraft which in addition to offering breakthrough technology and increased efficiency, also offers new modern features which are designed with the passenger in mind. 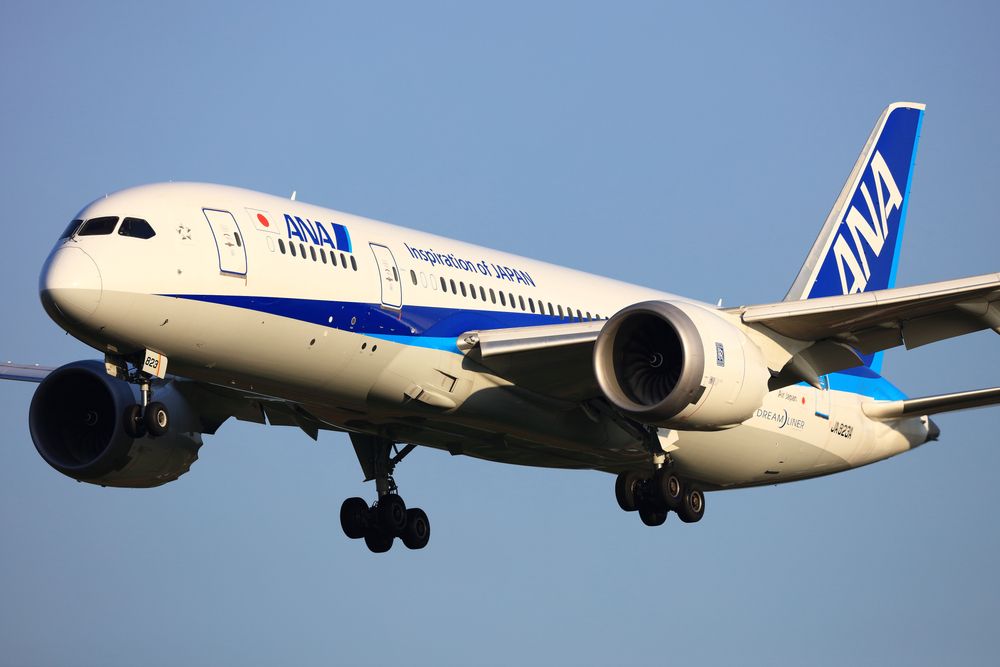 One of the older airlines on this list, Turkish Airlines was established in 1933 and at the time flew to more countries than any other carrier in the world. Fast forward to present day and they have a fleet of over 261 aircraft flying to 243 cities around the world. The Star Alliance member airline’s motto is “Widen your world” reiterating the company’s expansive service network, it’s perhaps this diverse service offering that landed Turkish Airlines as the fifth ‘Best Airline in the World’ according to the World Airline Awards. They were also named ‘Europe’s Best Airline’ in the 2014 Skytrax Passengers Choice Awards. 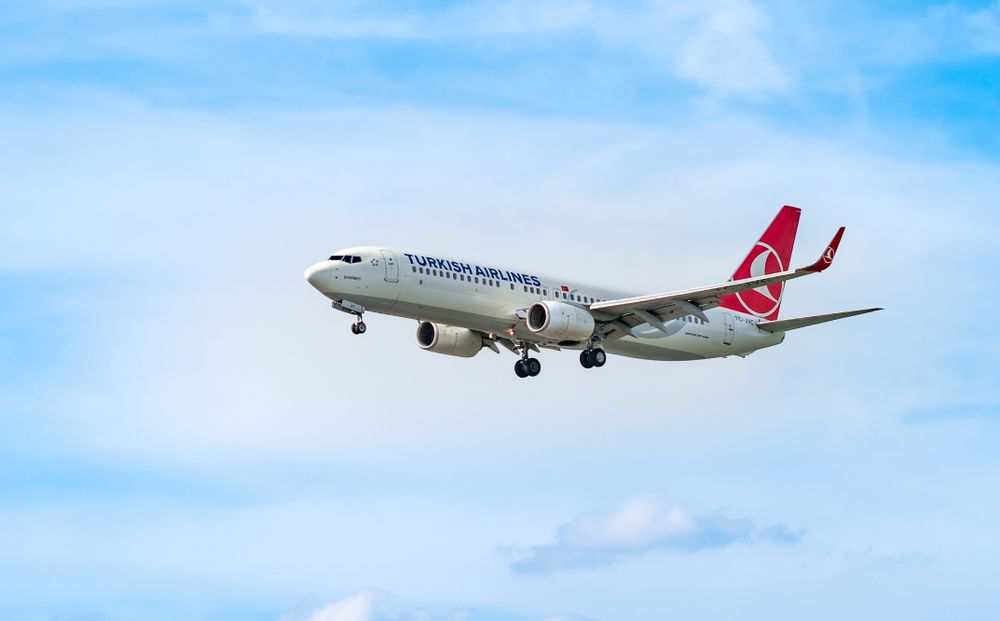 The second of the flagship carriers for the United Arab Emirates, Emirates is a Dubai based airline known for their unique brand of luxury in the skies. Customer comfort  is the first priority when you fly Emirates and the company has received recognition for their artfully prepared in-flight cuisine and high quality entertainment system. One look at the company’s awards page which features highlights such as ‘Aviation Company of the Year’ by the Aviation Industry Awards and ‘Best Airline Worldwide’ by the Business Traveller Awards, and you’ll get a picture as to why Emirates was voted the #4 airline in the world by the World Airline Awards. 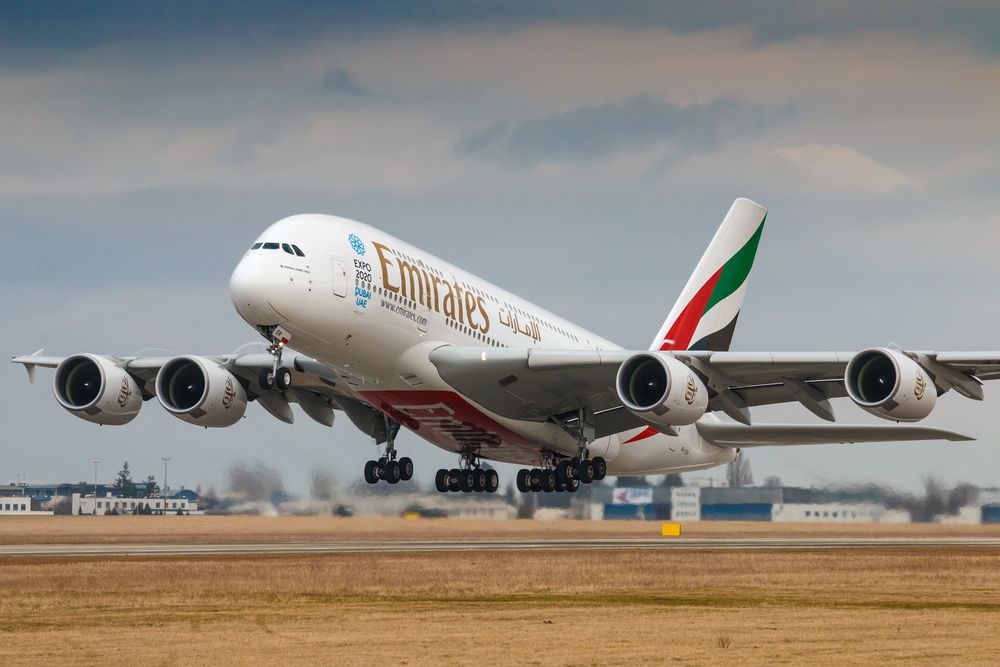 The flagship carrier of Singapore, this is one of the most well-respected travel brands in the world. Singapore Airlines flies to 62 destinations in 35 countries on 6 continents and operates one of the youngest fleets of aircraft in the industry. Founded in 1972, this brand has been setting industry benchmarks since inception including being the first to offer passengers free headsets, choice of meals and drinks in economy class in the 70s, first to introduce satellite phones in 1991, and being the first airline to offer audio and video on-demand entertainment systems in 2001. It’s this commitment to the customer that has earned this airline such titles as 2014 ‘Best Overall Airline in the World’ by Business Traveler USA, 2014 ‘Best International Airline’ by TravelAge West, and ‘Best Business Class’ by Global Traveler; making Singapore Airlines the world’s most awarded airline. 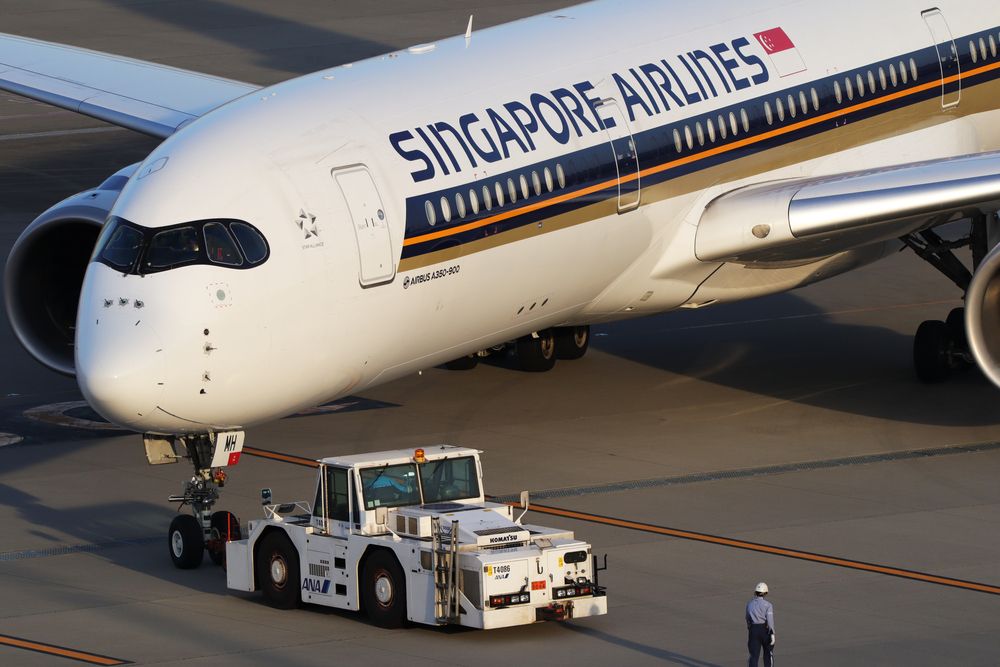 Qatar Airways wasn’t always a recognized name in the airline industry but the company has swiftly made a rise to the top by offering excellence at every level. The airline flies one of the most modern fleets of 134 aircraft in the skies today and has received many awards of achievement. Since the airline was relaunched in 1997, they’ve won numerous accolades celebrating their commitment to higher standards including being awarded a prestigious 5-star rating by Skytrax as well as being named the ‘Airline of the Year’ in 2011 and 2012 by the Skytrax industry audit. In 2014 they are still very much at the top of class coming in 2nd on the list of best airlines in the world. 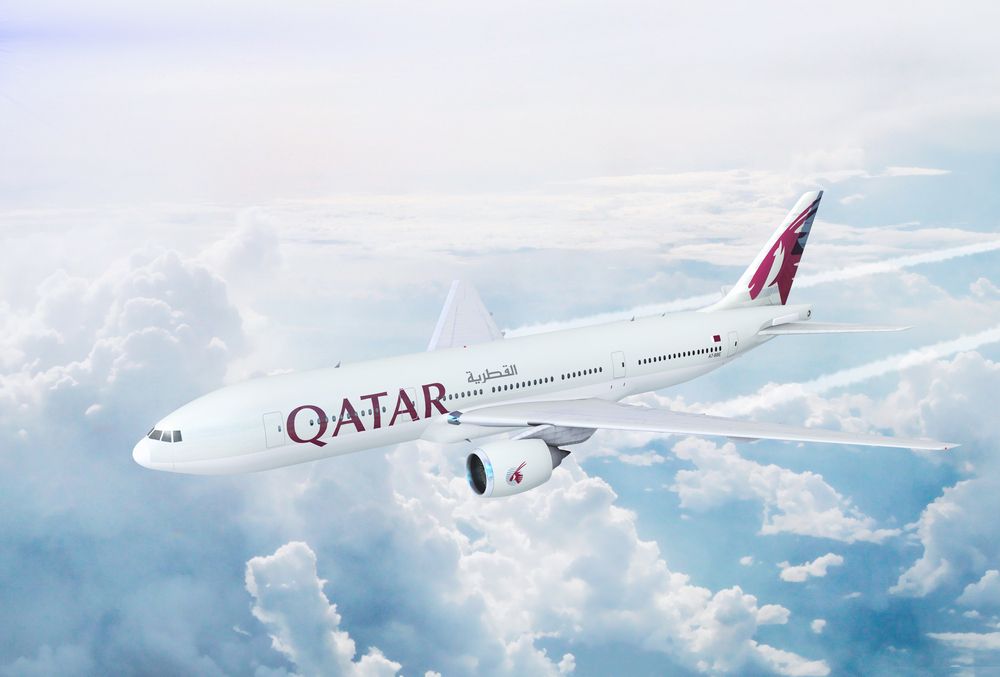 The competition is fierce in the industry and as this list proves, many airlines are striving to be the best in class by offering exceptional customer service and product offerings. In 2014 the best in class is Cathay Pacific as they were awarded the Best Airline in the World by the Skytrax World Airline Awards. It’s the fourth time that this Hong Kong flagship airline has won the number one spot making them the only airline to have accomplished this. Other notable awards earned in 2014 include ‘Best airline to China’ by the Premier Traveler’s awards, ‘Best Business Class’ and ‘Top 10 Airline for 2015’ by AirlineRatings.com, and ‘Best Premium Economy’ by Business Traveller. 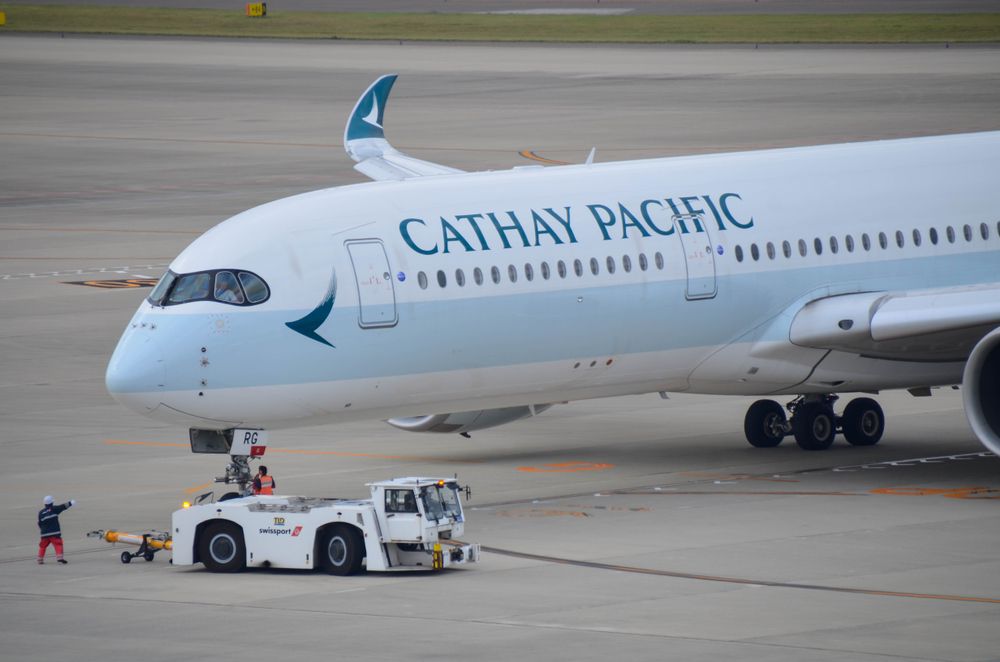