12 Things to See and Do in Berlin 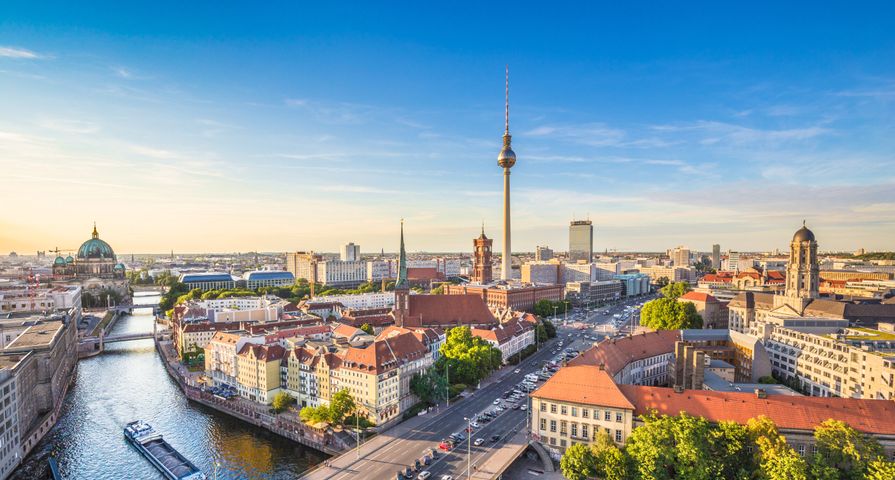 Today, Berlin is one of the most influential European cities when it comes to culture, science and politics. Every year, its millions of inhabitants soak in the city’s vibrant offerings while walking in lockstep with the millions more who visit. If you’re planning a trip, here are but a few of the things to see and do in Berlin.

1. Travel Through the History of Art on Museum Island

Museum Island is also home to the beautiful Berlin Cathedral. When booking your visit — in advance, it’s a busy place — allow yourself two days to take everything in. 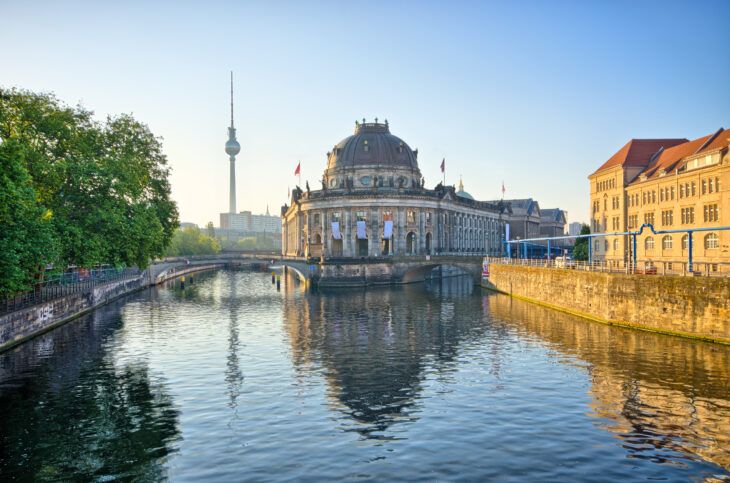 2. Discover the Brandenburg Gate and the Reichstag Palace

Opened in 1791, the neoclassical Brandenburg Gate stands over 85 feet tall. Along with the Berlin Wall, it once stood as a symbol of Germany’s post-war divisions between the East and West.

The building now represents the triumph of peace over arms. It attracts thousands of tourists every day. By night, the location is center stage for parties and cultural events, such as New Year celebrations. While there, check the exhibit in the nearby subway to learn about the monument’s history.

Once you’re done at Brandenburg Gate, head over to the Reichstag Palace, which houses the German parliament. Once the seat of the old empire, the place draws attention for its imposing size and impressive architecture. Be sure to register on the palace’s website for access.

3. Visit the Holocaust Memorial of Europe

The Memorial to the Murdered Jews of Europe, also known as the Holocaust Memorial, is one of the most important landmarks in Germany’s history. Opened in 2005, the site has 2,711 concrete blocks of different sizes forming a massive labyrinth. Visit a nearby room to revere the walls filled with the names and birth years of countless Holocaust victims.

The nearby Sinti and Roma Memorial is dedicated to the 500,000 gypsy peoples killed by the Nazi regime. There’s also a beautiful granite circle covered by a reflecting pool and triangle, representing the symbol used by the gypsy people at that time. 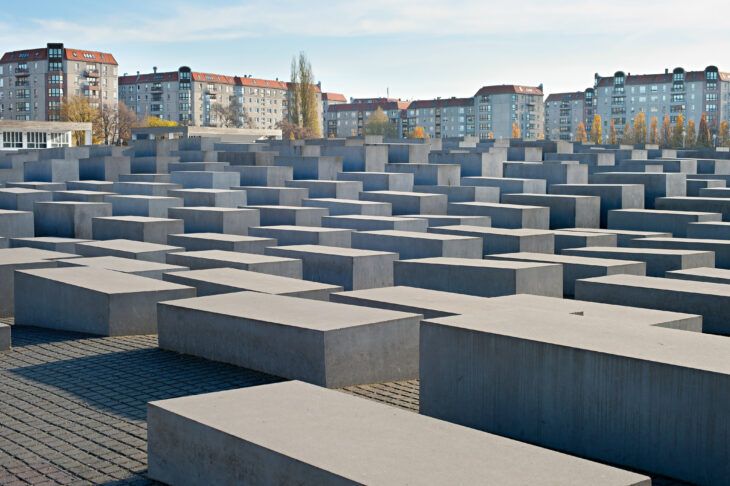 One of the most famous tourist destinations in the world, the East Side Gallery is an open-air gallery formed from the remains of the Berlin Wall. The gallery is home to over a hundred paintings and graffiti artwork, including the famous “Mein Gott, hilf mir, diese tödliche Liebe zu überleben,” by the Russian artist Dmitri Vrubel.

The gallery stretches 1.3 kilometers and is the perfect afternoon stroll to take while admiring the art. The gallery consists of a total of 105 paintings that were painted by 118 artists from 21 countries. The gallery is one of the largest and longest-lasting open air galleries in the world. 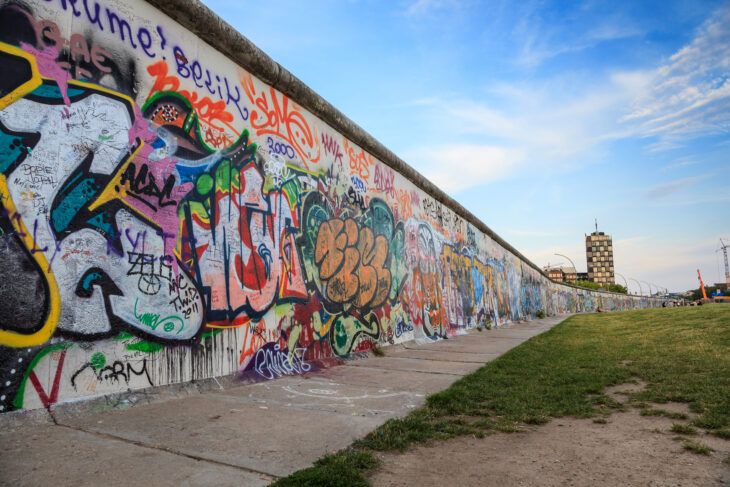 5. Experience the Story of the Berlin Wall at Mauerpark

Mauerpark, which translates to “Wall Park,” is another place to soak up the history and learn about the divisions in Berlin during the Cold War. During the war, residents from the East tried to cross over to the West at this location, earning the name “no man’s land.”

Eventually, the site gave way to the large park standing there today. Frequented by locals and travelers every year, it’s also where Berlin’s biggest flea market takes place. This park offers both history and leisure to its visitors, making it a social and cultural hub in the city. Take a stroll, pack a picnic and prepare for a relaxing afternoon. 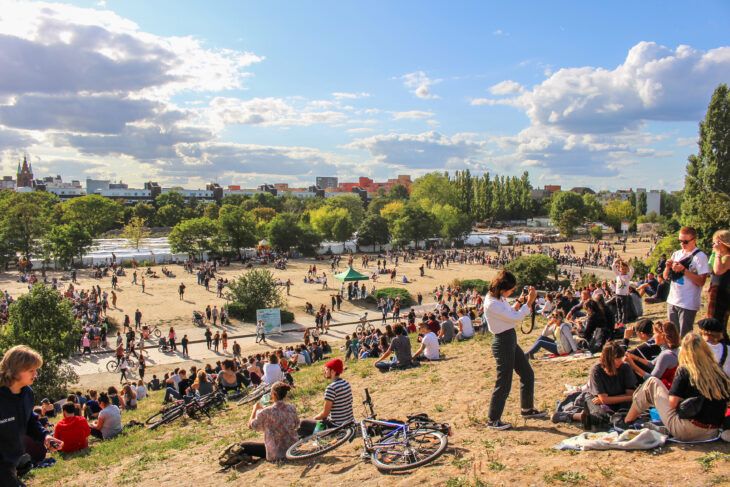 6. Travel Across the “American Border” at Checkpoint Charlie

Ran by the U.S. military, Checkpoint Charlie was one of few safe passages through the Berlin Wall. Today, a replica stands of the original sign that read, “You are leaving the U.S. sector.”

On the ground around Checkpoint Charlie, you can still find cobblestone demarcations of the former wall. There’s also a border area perfect for travel photographs. Rich history, delicious food choices and a memorable photo opp — what more could you want? As with most landmarks, if you’re looking to appreciate the space with as little commotion as possible and the best photo opportunities, be sure to get there early! 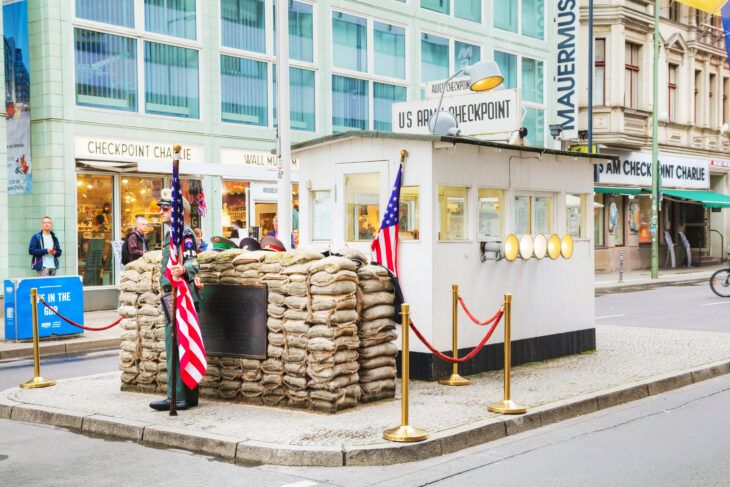 7. Take a History Tour in a Historical Trabalant

The only car East Germany produced was the Trabalant. Today, the surviving specimens are historical representations of the divisions between the people of Berlin. Nowadays, you can drive a Trabalant as part of a convoy tour. This makes for a truly unique experience, especially if you have any car lovers in your travel group.

Known as the “Trabi Safari,” the tours are immensely popular with tourists, who drive around the capital in guided convoys, visiting historical sites while instructors guide them through car radios. If you partake in one, allow some extra time to finish the race — Porches, these cars are not. 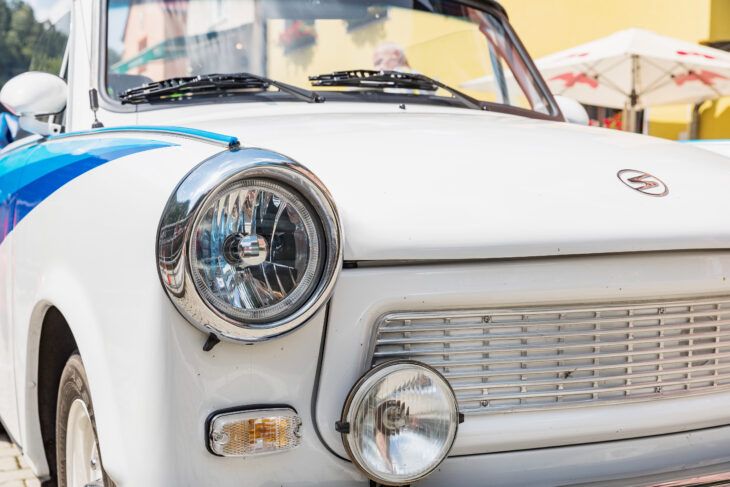 8. Spend an Afternoon at Tiergarten

A lot of travelers enjoy seeing how locals pass their time. One way to do that is to spend some time in the local parks, of which Berlin has many. But if you want to see how locals passed the time five centuries ago, you need to visit Tiergarten.

Originally created as a hunting ground for Prussian royalty, the 500-year-old Tiergarten was closed to the public for over 300 years. These days, it’s a favorite of the locals, perfect for summertime picnics on lazy afternoons. Home to the Berlin zoo, the lakeside Café am Neuen See and the Victory Column, there’s a lot to explore in this area. 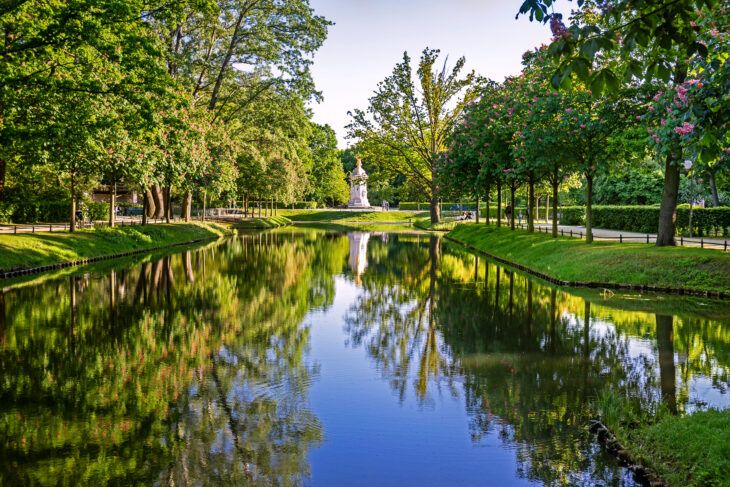 9. Travel Through Time at Gendarmenmarkt

If five centuries aren’t enough for you during your trip to Berlin, take a trip to Gendarmenmarkt. The unforgettable square, built in the 12th century, is surrounded by timeless restaurants and hotels that are sure to impress. Three of the biggest attractions are:

In addition to timeless architecture, the vibrant square is home to some of Berlin’s best food and nightlife. Gendarmenmarkt is perfect for travelers seeking food and fun, day or night. 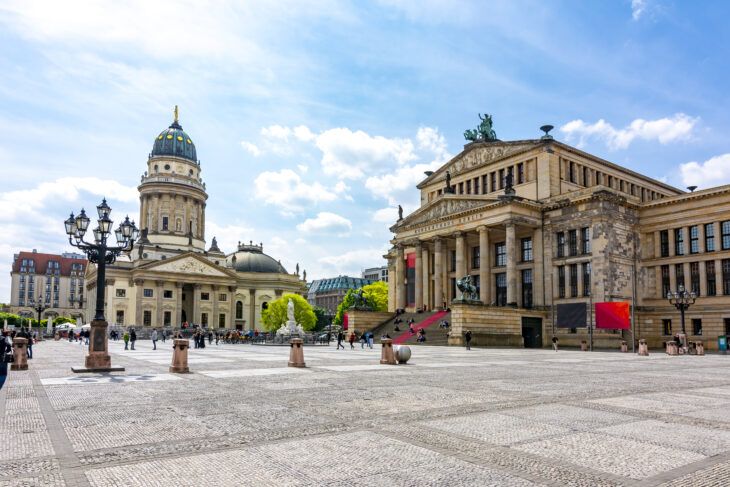 For some, a big part of traveling is experiencing all the delicious new food. With this in mind, visiting the city of Berlin and not eating the traditional German sausage is considered a foodie sin. Currywurst, a boiled pork sausage, is usually served with ketchup and curry sauce. You can pick this traditional German sausage up at one of the countless snack bars and street stalls on the city’s streets.

If you’re seeking the best currywurst, the place to go is Curry Baude. This little spot has churned out homemade sausages served with a secret sauce for over 25 years. If you’re a true sausage aficionado, Curry 36 and Konnepke’s Imbiss are also great currywurst spots. 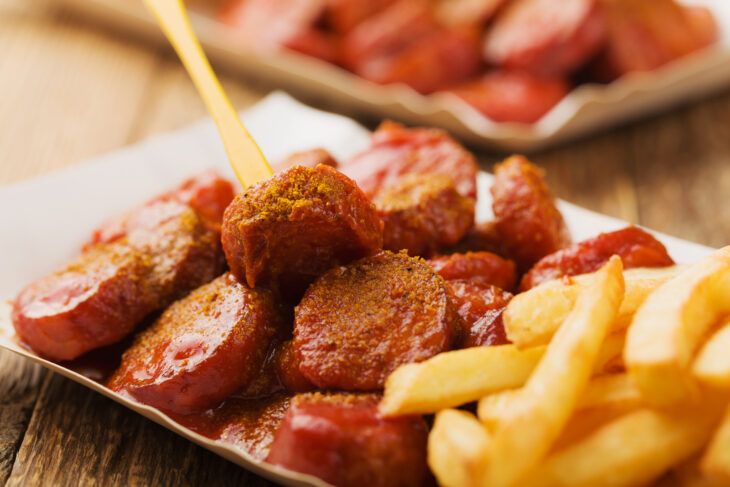 Berlin was targeted by many bomb attacks during World War II. As a result, residents built countless bunkers beneath the city. By some estimates, there are 3,000 of them sitting beneath the capital. Some of them are open to visitors.

Berliner Unterwelten is an association that offers several tours through the city’s underground. Venturing into these aging bunkers and tunnels, you can only begin to imagine the experiences the city’s residents had in these places. The tunnels tell the tales of how many people they held, how people used them and more. You’ll also hear the stories surrounding this period of the war. For more information, check out the association’s website. 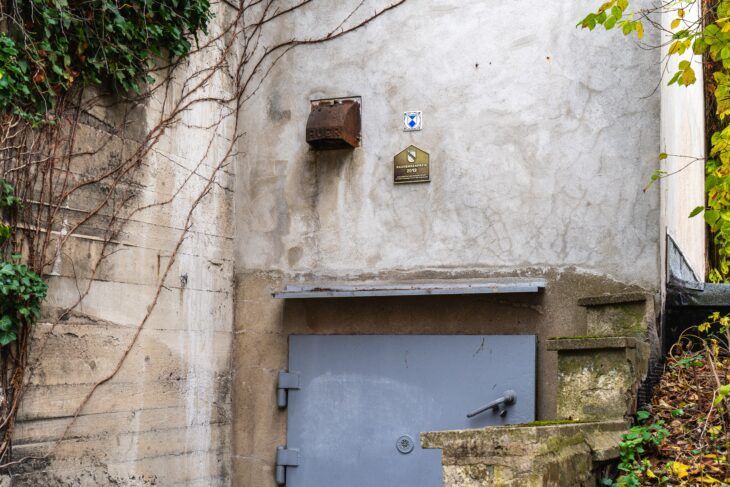 12. Take In the View From Atop the Berliner Fernsehturm Tower

At just over 1,000 feet tall, the Berliner Fernsehturm is the tallest tower in Germany. Also known as the “TV Tower,” the building has an incredible observatory at the top with majestic views of the entire capital. Located on Alexanderplatz in central Berlin, the tower attracts thousands of visitors every year. Weather permitting, you can see up to 25 miles away.

From museums filled with artifacts and artworks from antiquity to countless historical landmarks all over the city, Berlin sparkles with culture. As the most populous city in the European Union, the capital of Germany boasts an unforgettable food scene, exquisite nightlife and an endless list of activities. The cosmopolitan traveler can reflect on the past and fall in love with the present in Berlin. 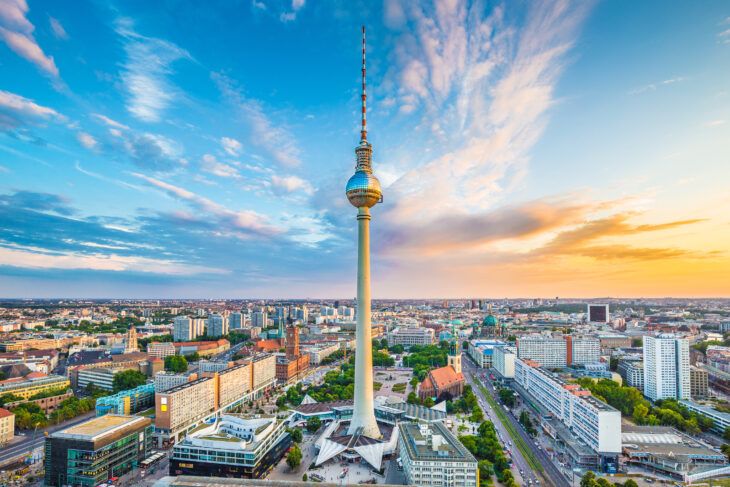 Tim Kaechle is a freelance writer and digital nomad who loves learning and creating things for the web. When he’s not busy writing about his myriad of interests, he’s brushing up on his programming and digital design skills, all while wandering the world. He’s currently kicking around in Brazil and planning his next big adventure.