Men’s Biological Clock Can Cause Autism 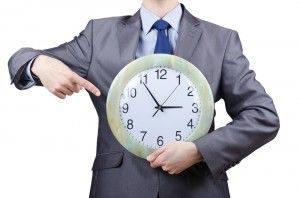 It is commonly accepted that women have a biological clock that starts between 30 and 35 but research is now suggesting that men may have one too.  Researchers have found in a recent study that as men age the chances of passing autism or schizophrenia increase.  The biological clocks of men and women work differently.

When a woman is born she has a fixed number of eggs and as they age not only is the amount of eggs decreased but also the quality.  This can lead to eggs having the wrong number of chromosomes leading to birth defects and disorders such as downs syndrome.

Men on the other hand pass along gene mutations and the number of mutations seems to increase with age.  The study found that the father’s sperms pass along an average of 55 mutations, much more than the 14 from the mother’s egg.  Researchers believe this to be caused by males creating sperm over their lifespan.  These mutations can lead to serious diseases being passed to the child including autism and schizophrenia.

This would correlate with the findings that when men age the number of mutations greatly increase.  A man in his early 20’s would pass an average of 39 mutations but this number almost triples at 40 years of age to 90 mutations.  Based on the finding in the study researchers were able to estimate that the frequency of mutations in a man’s sperm increases two fold every 16 years.