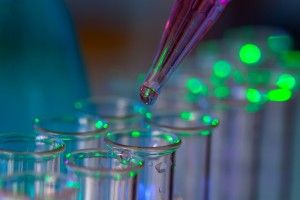 The U.S. Food and Drug Administration has issued an update on the recent New England Compounding Center recalled drugs. Further testing with the Center for Disease Control and Prevention has identified additional contaminants. This recall is in association with the fungal meningitis outbreak, which sickened 490 people and killed 34.

The previous recall was on the methylprednisolone acetate. The newly recalled drugs are betamethasone and triamcinolone. The two recent drugs have not been identified as the cause of any infection or illness in association with use. Curtis Allen, spokesman for the CDC, states that he is, “unaware of infections among patients that can be definitively linked to exposure to these drugs.”

Dr. William Schaffner, infectious disease expert with Venderbilt University, commented on the recall, saying that the bacterial contaminants in the betamethasone and triamcinolone are not known pathogens. “They are environmental bacteria that are present just everywhere in the environment. You can find them on inanimate surfaces. You can find them out in the soil and the like. They obviously should not be in these medications. Could this bacteria, however, if inoculated produce infection? On occasion they could. But they are not what we call professional pathogens.” He also noted that the fungus that sparked the previous recall was not known to produce the devastating effects that it did. 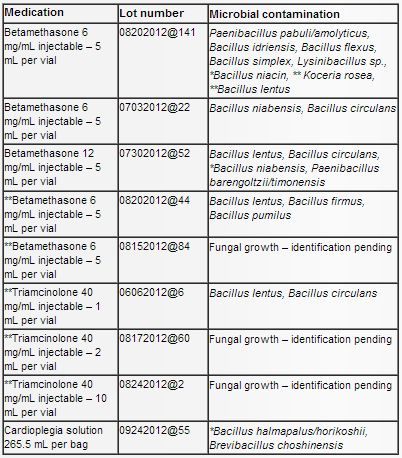