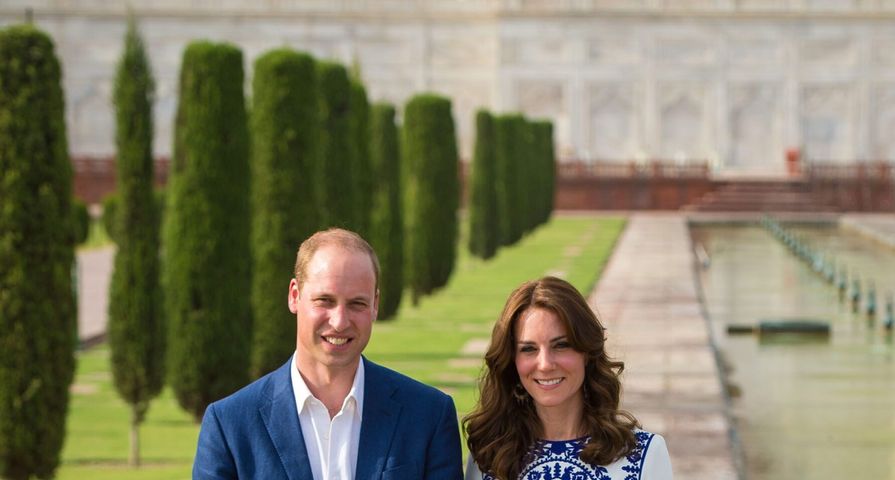 When it comes to food, everyone has their idiosyncrasies – even the royal family! Of course, when it comes to the royals, a lot of what they can and can’t do, and can and can’t eat, is because of royal norms or rules they have to follow. Sometimes, however it seems their unusual eating habits is because of personal choice, or a request from the Queen herself. Since one of their private chefs has spilled the beans about their eating habits it seems like some of these habits are a little out there. Check out these 12 unusual eating habits of the British royal family:

When the royal family travels, they are advised not to eat shellfish. Unlike other foods, shellfish is notorious for causing food poisoning so, with the rigorous schedule that comes with touring, the royal family cannot afford to get sick. However, Prince Charles has been known to break this rule and so has Prince William. 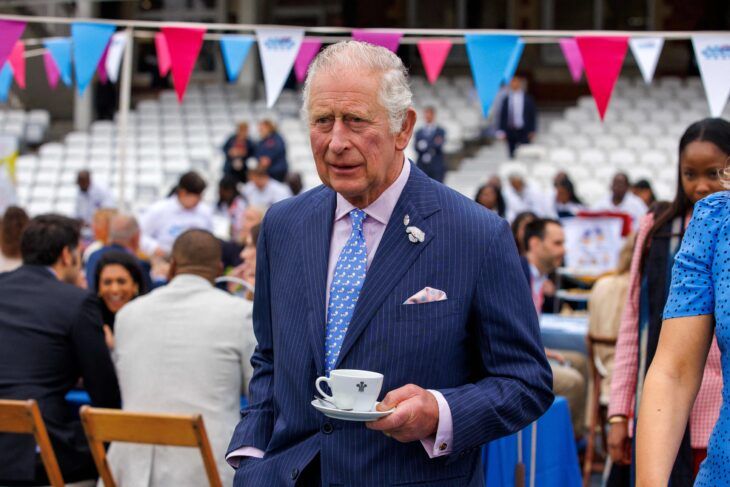 It’s long been rumored that the royal family cannot eat garlic, but this was confirmed by Camila Parker-Bowles when she made an appearance on MasterChef Australia. The reason they can’t have garlic is because Queen Elizabeth hates it and the bad breath it causes. 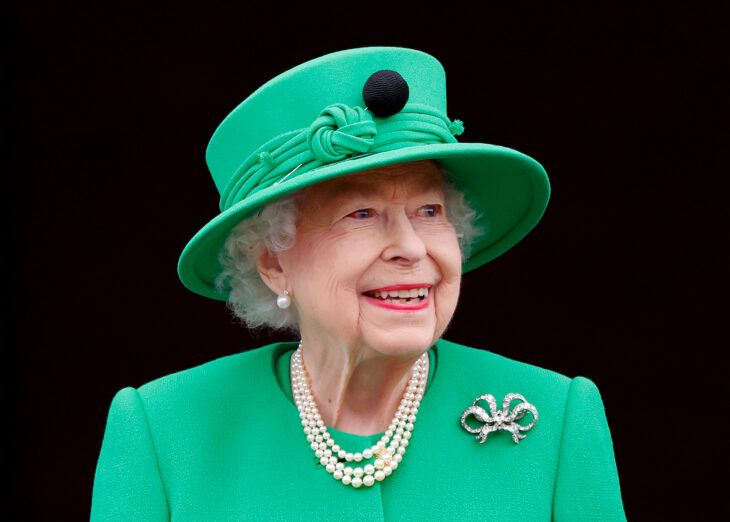 According to the royal family’s former chef Darren McGrady, Queen Elizabeth dislikes starchy foods like potatoes, rice and pasta and has a “no starch rule” for when she dines alone. Instead, she prefers grilled fish or chicken and in-season vegetables. 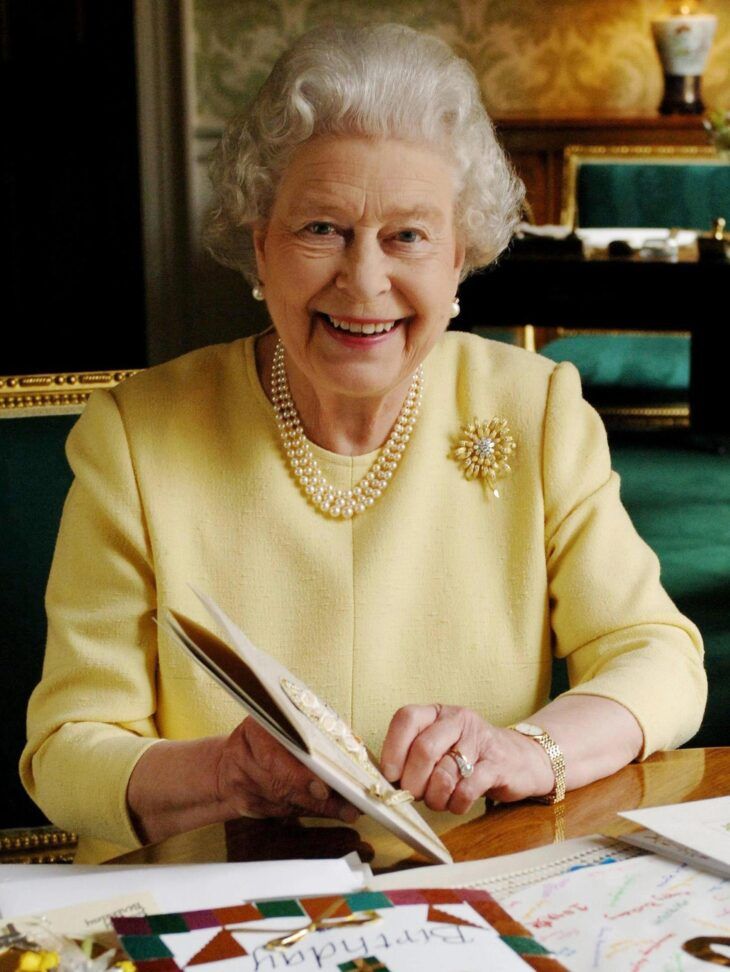 9. No One Eats Before the Queen

When dining with Her Majesty, no one eats until she starts her meal. Then, once she stops eating, everyone else has to stop too. This rule reportedly made dining with Queen Victoria a little awkward because she was a fast eater who “was greedy and gobbled” up her food.

8. They Dress Up for Dinner

When the royal family dines, they dress formally, which means they wear ballgowns. “They would come in for afternoon tea by the log fire in outdoor clothes, and then they’d all change for dinner. They’d come down in dressy ballgowns, and sit at the table—like a Downton Abbey dinner. All the fine china was brought out. At the end of the meal, a bagpipe player would walk around the table,” former royal chef Darren McGrady said. 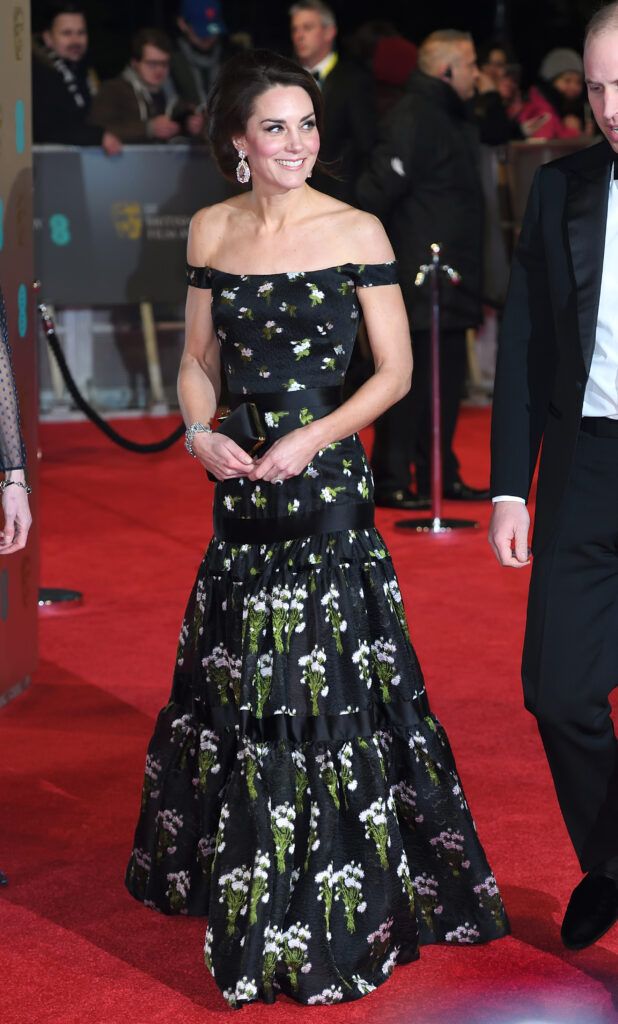 Queen Elizabeth has a rather unusual way of eating bananas. Instead of peeling it, she cuts the top and the bottom off. Then she slices it lengthwise before cutting it into small pieces and eating it with a fork. She does this to avoid looking “like a monkey.” 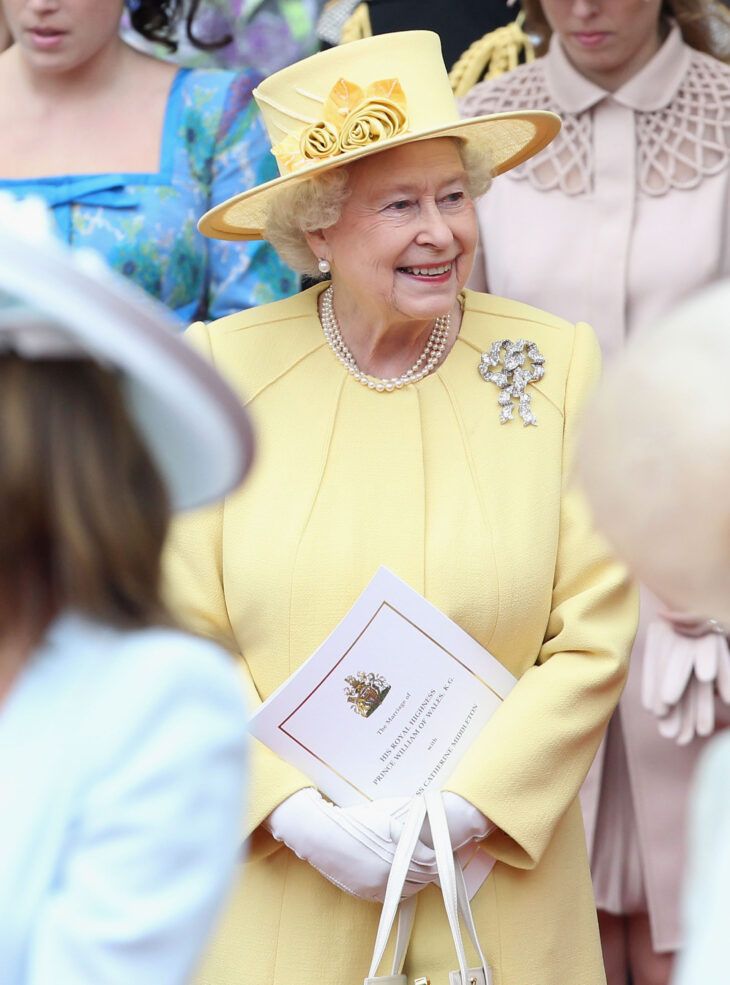 6. The Queen Travels with Cake

The Queen loves chocolate biscuit cake. She’ll have a small piece every day until it’s gone. This means that when she travels the cake comes with her. “I use to travel on the train from London to Windsor Castle with the biscuit cake in a tin on my knee,” former royal chef Darren McGrady told The Huffington Post. “It was half eaten.” 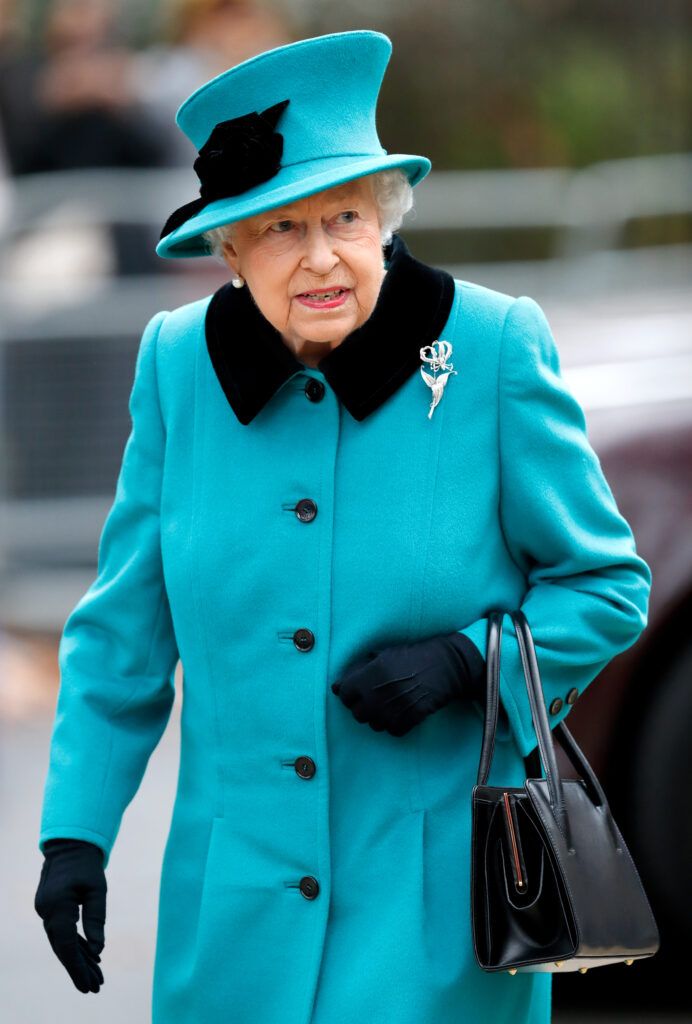 Prince Charles doesn’t eat lunch. Instead, he has a light breakfast and his main meal in the evening. “It can be a problem sometimes. When we do day visits or foreign tours, he can go the whole day without stopping for a break, which means we all have to miss our lunch as well,” a courtier told The Daily Mail. “It’s good in a way, because it means he has time to meet more people, but he doesn’t seem to notice all the rumbling stomachs around him. You just learn that you have to have a big breakfast on those days.” 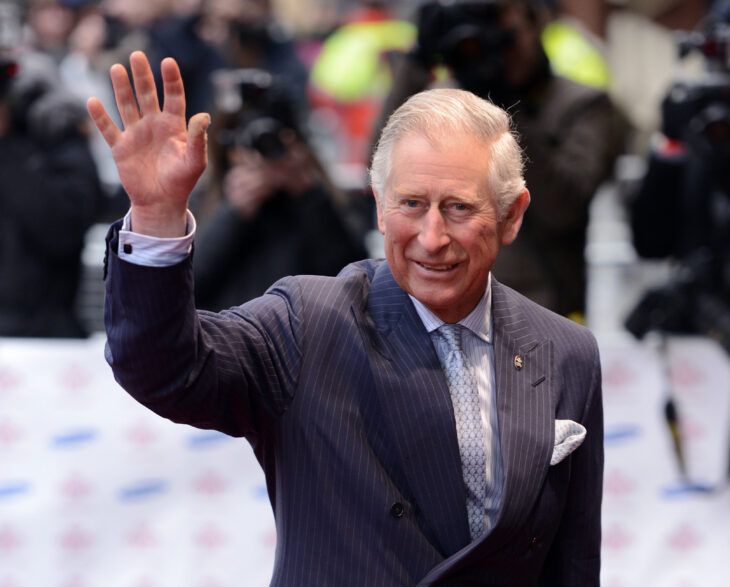 Prince Charles eats a hard-boiled egg every morning, but it has to be done just right. According to his private chef, Mervyn Wycherley, Charles’ “eggs had to be boiled for exactly four minutes.” To make sure that there was at least one to his liking, Wycherley would boil several batches. 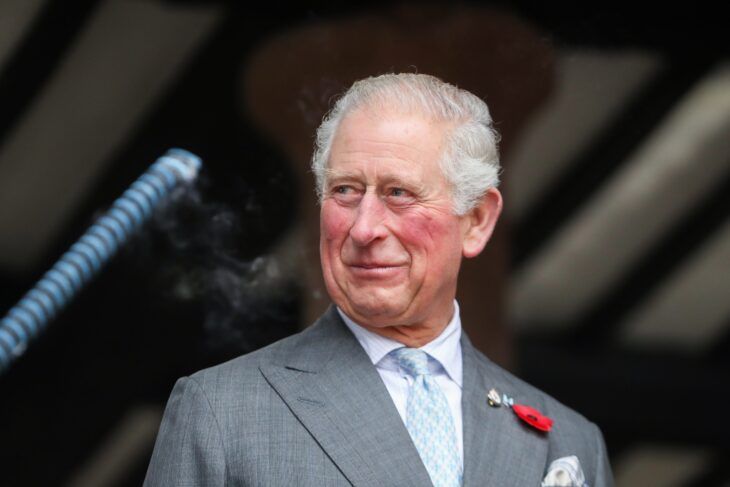 When the royal family travels, they aren’t allowed to drink tap water in the countries they visit. This is because tap water abroad may contain different mineral content than what is in Britain. By drinking this tap water, they could contract anything from diarrhea and Hepatitis A to typhoid and cholera. 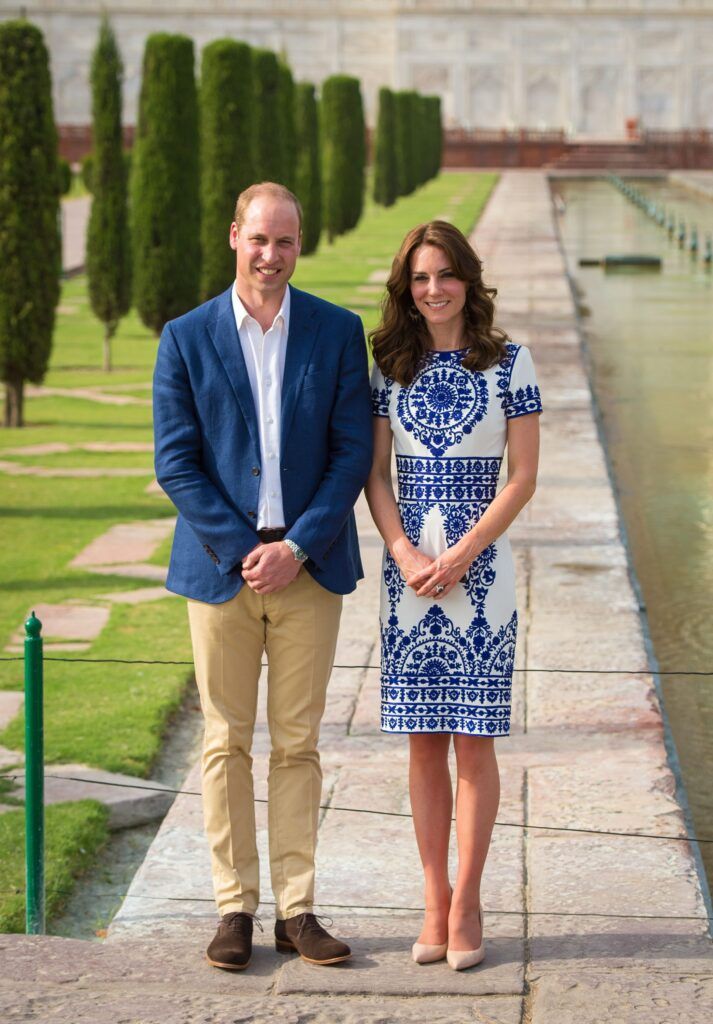 2. The Queen Likes to Eat Fruit out of Tupperware

According to Queen Elizabeth’s former private chef, she doesn’t eat her fruit off of diamond-encrusted plates. Instead, she eats it out of Tupperware! “People always say, ‘Oh, the Queen must eat off gold plates with gold knives and forks.’ Yes, sometimes… but at Balmoral she’d eat fruit from a plastic yellow Tupperware container,” Darren McGrady told Marie Claire. 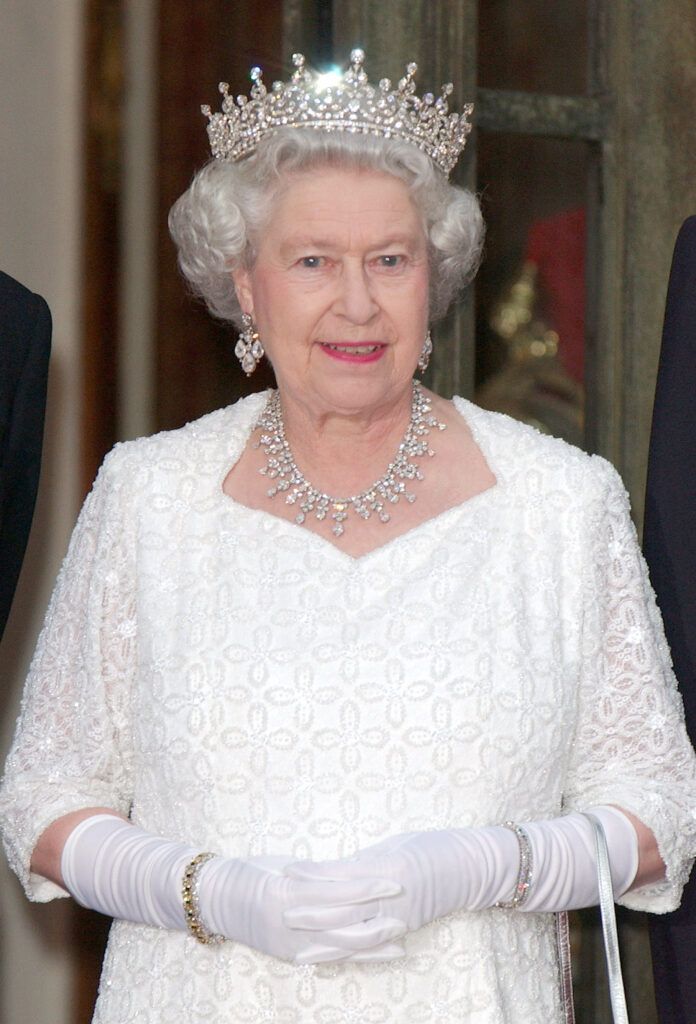 Darren McGrady was also Princess Diana’s private chef and, according to him, she wouldn’t eat red meat. “The Princess never ate much red meat. She never ate beef, never ate pork, occasionally she’d have lamb when she was entertaining guests but for the most part it was chicken, fish or vegetarian options,” he said. 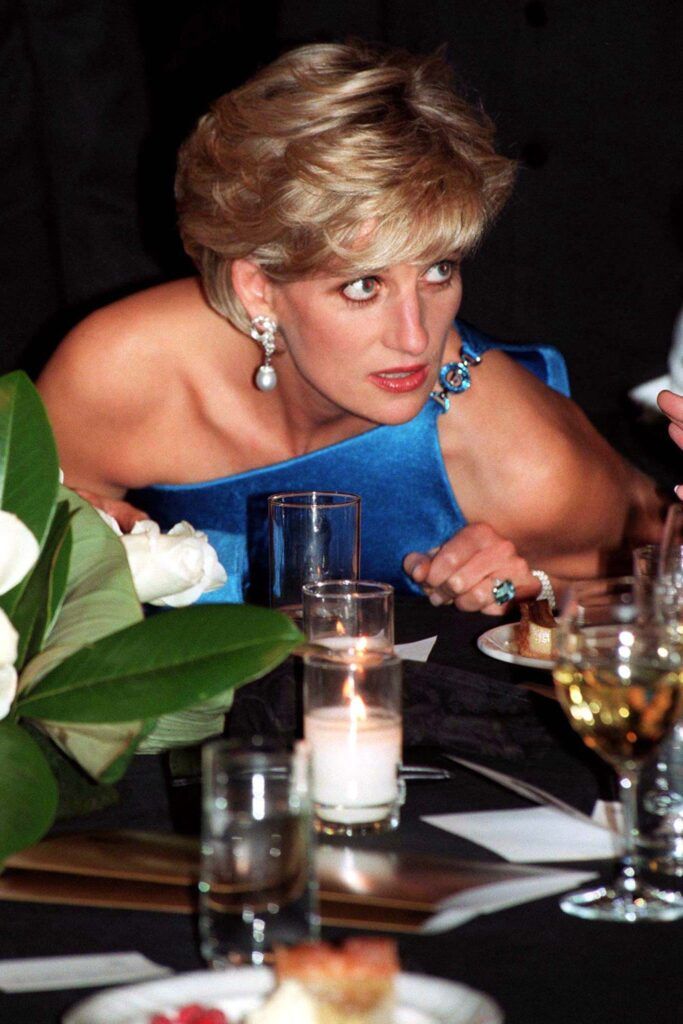