Rare 2000s Red Carpet Photos You Might Not Have Seen 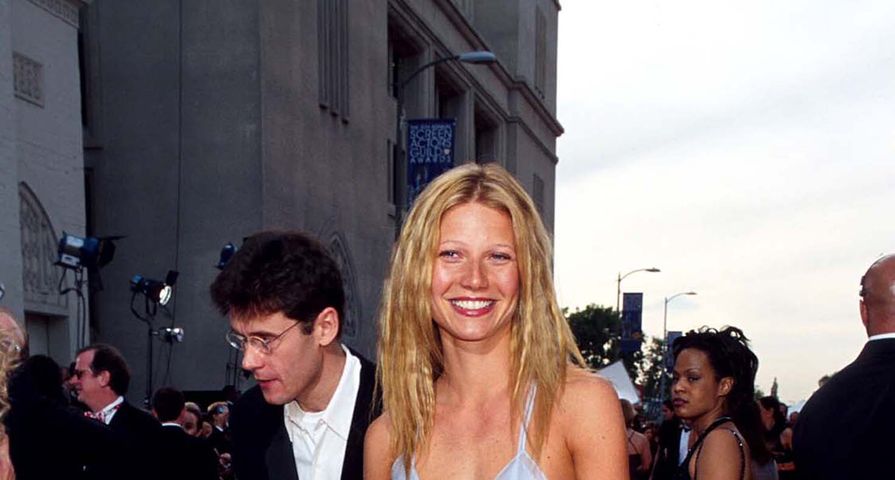 The early 2000s were definitely an interesting time when it came to fashion. From Britney Spears’ wild award show moments to Gwyneth Paltrow’s classic glamor, follow along as we uncover rare 2000s red carpet photos you likely haven’t seen before.

Beyonce was a red carpet icon in the early 2000s and continues to be one today. In 2001 she stepped out at the Golden Globes wearing a bright red sequin gown with a thigh-high slit. The fire engine red dress was a total showstopper on the red carpet! 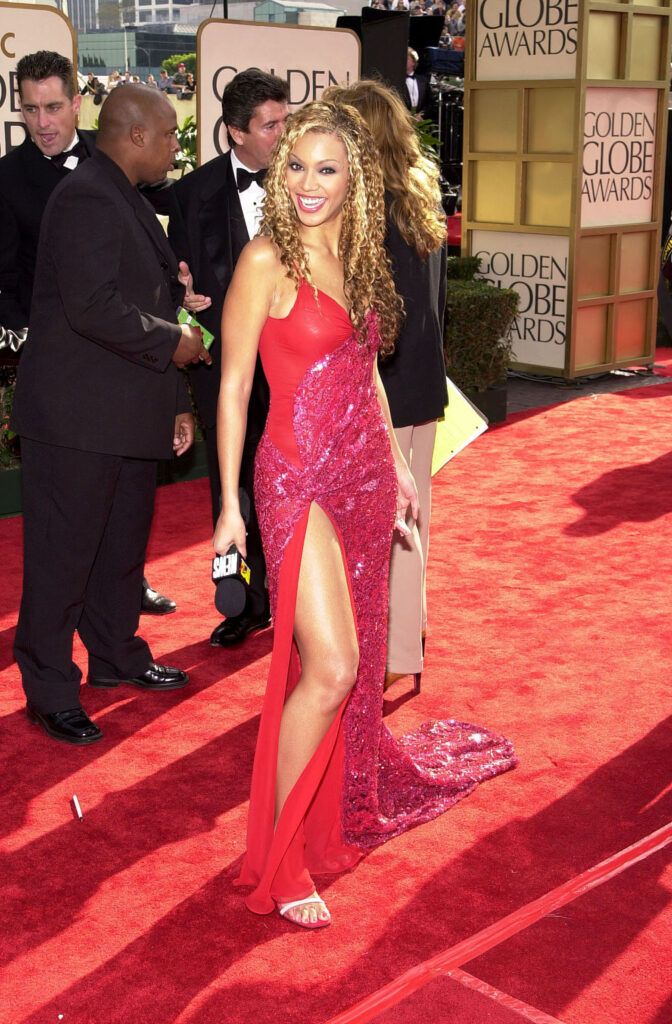 Britney Spears was definitely one of the most experimental stars on the red carpet back in the 2000s. While no one could possibly forget her head-to-toe denim look from the 2000s with Justin Timberlake, this magenta and orange look tends to be overlooked. Her top hat and pink tights are seriously iconic. 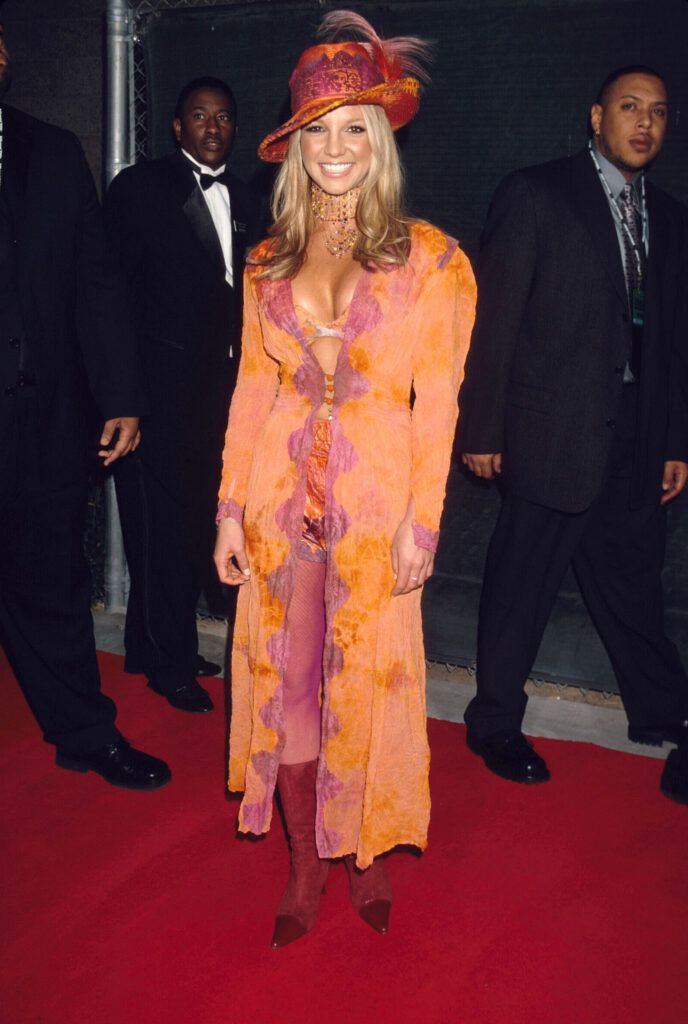 Amanda Seyfried has been in the spotlight for quite some time, but her red carpet fashion in the early 2000s was epic. She looked absolutely gorgeous in this emerald green slip dress that she wore to the 2005 MTV Movie Awards which complemented her sparkling light eyes beautifully. 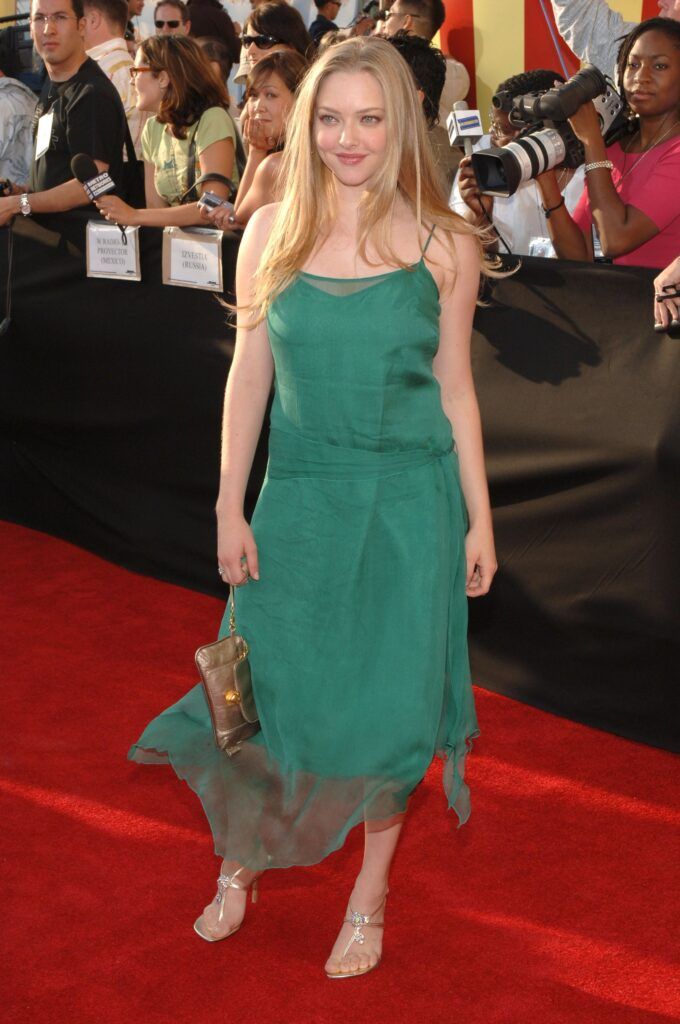 One of Natalie Portman’s earliest and most well-known roles was when she starred in V for Vendetta in 2006. For the premiere at The Rose Theater at Lincoln Center in New York, she wore a Lanvin chocolate brown dress that hit her above the knees. What we love most about this look is her flattering pixie cut which really showed off her delicate and angular features. 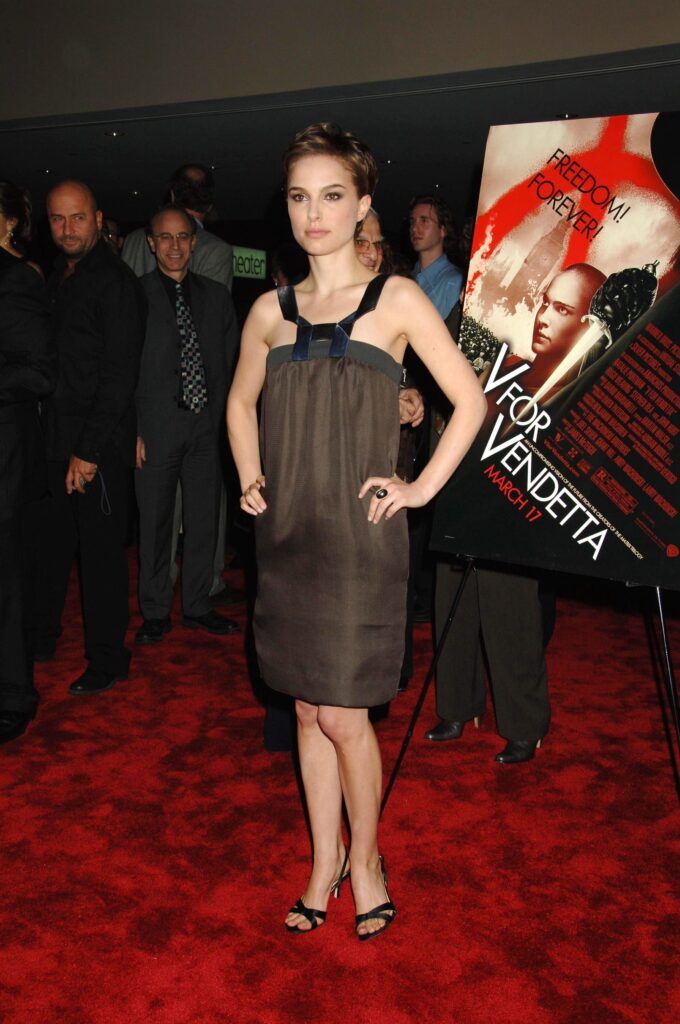 Hilary Duff was one of the most popular teen stars in the early 2000s with quite the experimental fashion taste. The mid-2000s she began to dress more modestly favoring black and neutrals over the rainbow ensembles of her Lizzie McGuire days. Here, she is photographed in a rare red carpet moment at the premiere of her film, Material Girls in New York. 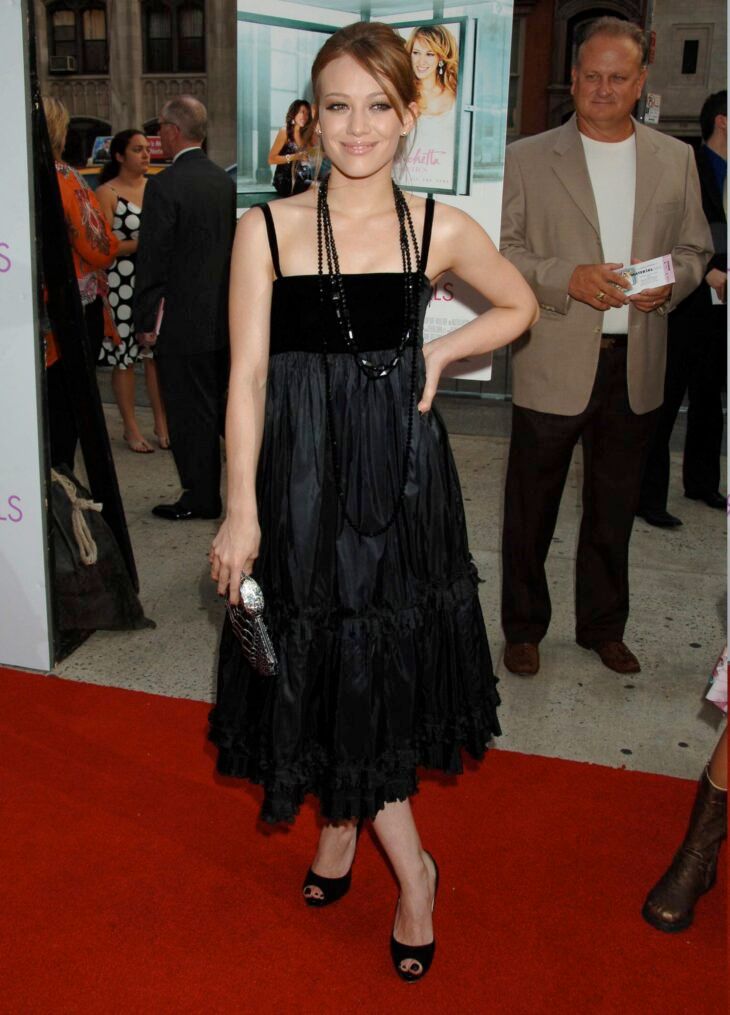 One of the most iconic Hollywood couples of the 2000s era is Brad Pitt and Jennifer Aniston. They were the golden couple of the decade and often stepped out looking perfect from head-to-toe on the red carpet. In 2004 they were photographed 56th Annual Primetime Emmy Awards. Aniston wore a flattering white and gold slip dress while Pitt looked sharp in a black tuxedo and aviators. 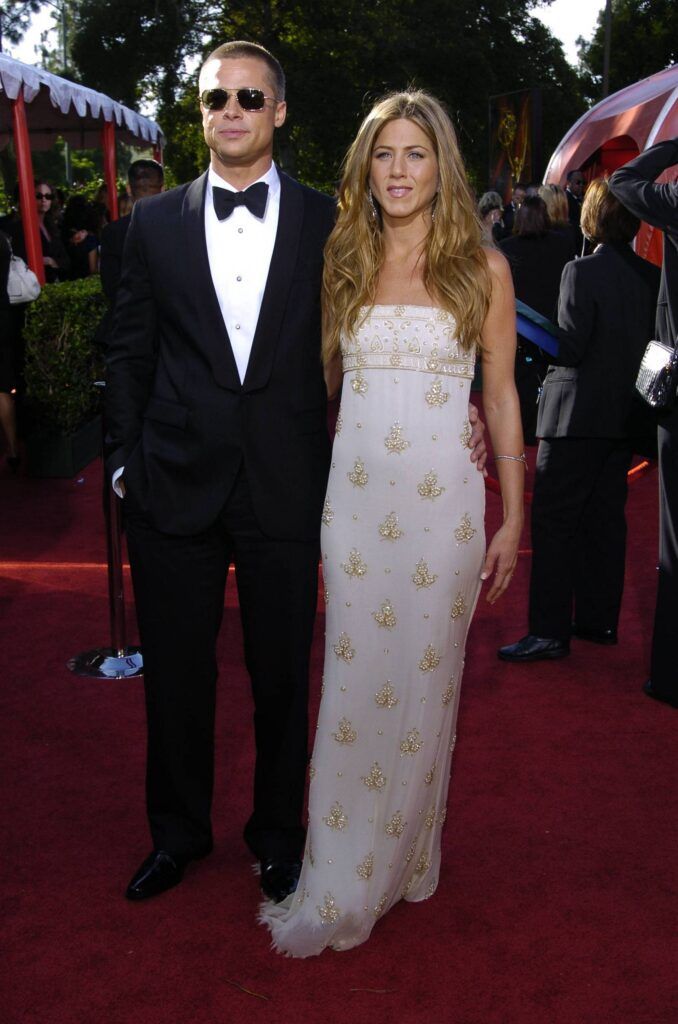 Mary-Kate and Ashley Olsen grew up in the spotlight from the time they were infants into their adulthood. In the early 2000s, they were young teenagers and still had a fondness for coordinating their outfits, which is what they did for the premiere of Rush Hour 2. We absolutely love their silky halter tops paired with low-rise trousers! 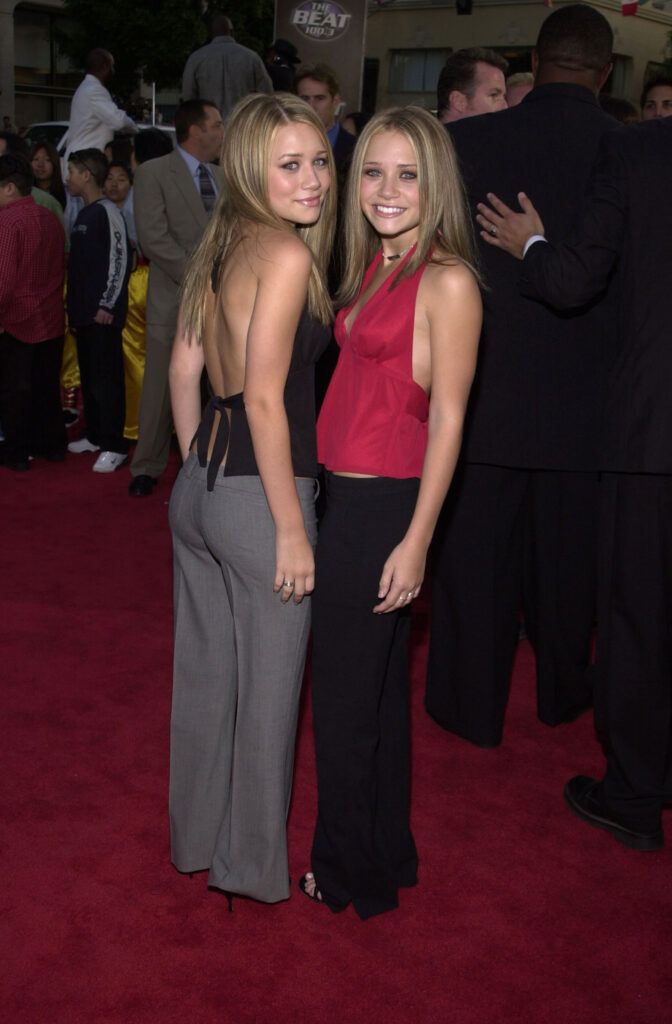 Helen Mirren has had quite a few memorable fashion moments over the years, but this rare photo of her from the 2002 SAG awards might be one that you forgot about! She’s pictured here wearing a light silver dress with glitter on the bodice and heavy ruching on the skirt. 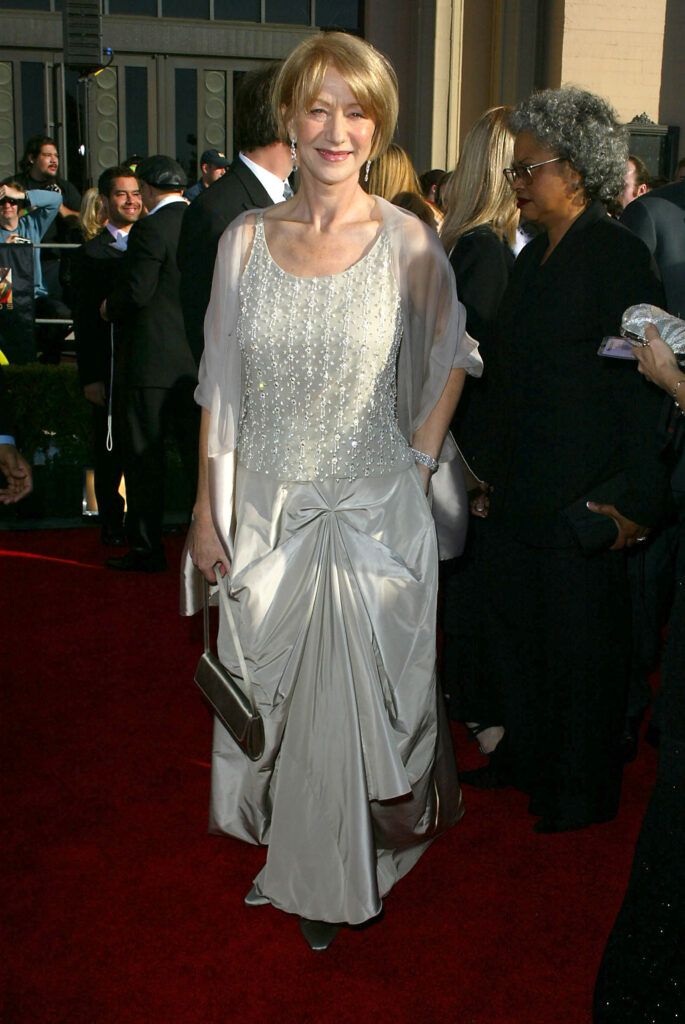 One of Sandra Bullock’s most iconic series of films was Miss Congeniality, but you may not remember the look she wore to the red carpet premieres. Back in 2005, she was pictured at the premiere of Miss Congeniality 2 wearing a mid-length red halter dress paired with a patterned shawl. 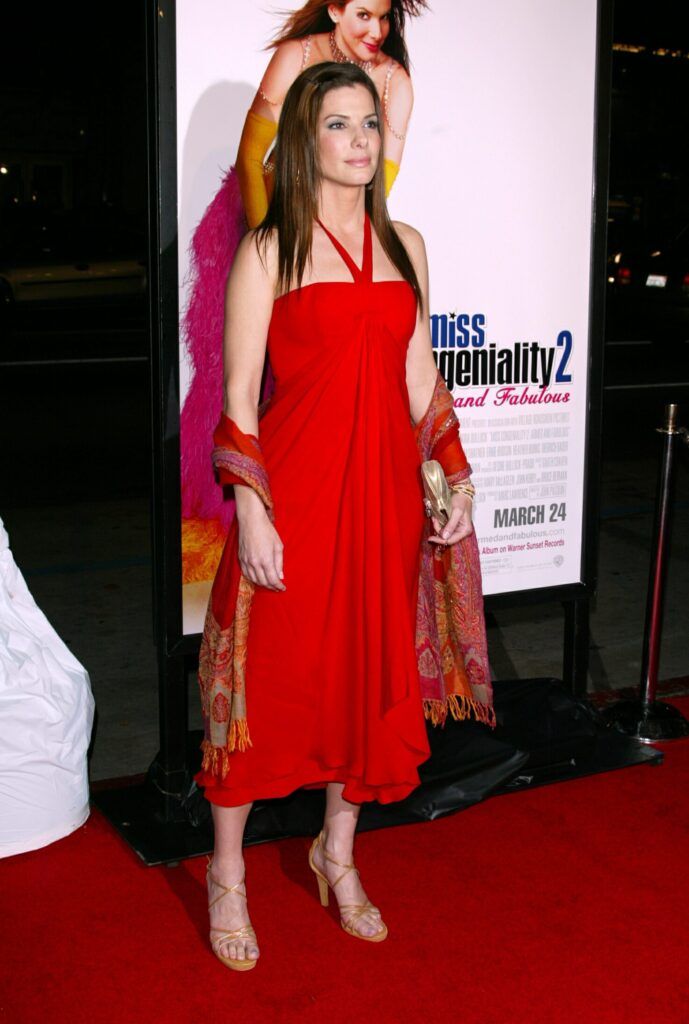 Meg Ryan was a Hollywood icon in the ’90s and early 2000s. In 2003, she was photographed in a rare red carpet photo from the In The Cut premiere. For the event, Ryan opted for a demure black strapless dress and styled her lob in tousled waves. 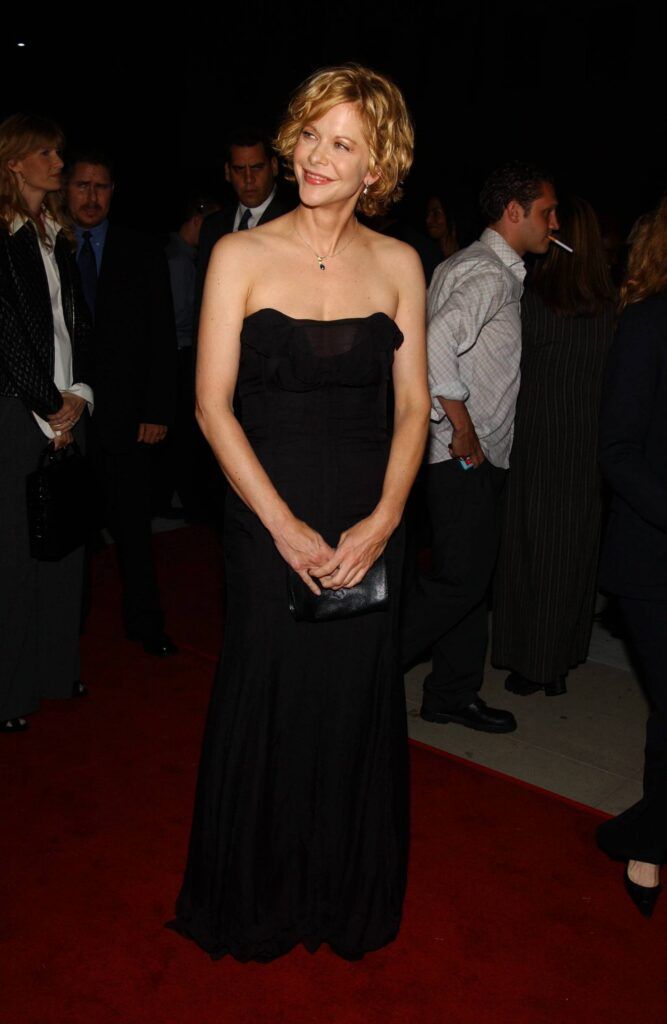 Rachel McAdams had a shining moment in 2004 with the release of the iconic romance film, The Notebook, in which she had a starring role. For the LA premiere, she was photographed wearing a vintage dress and a fresh hairstyle in which she darkened her tresses and added some choppy bangs. 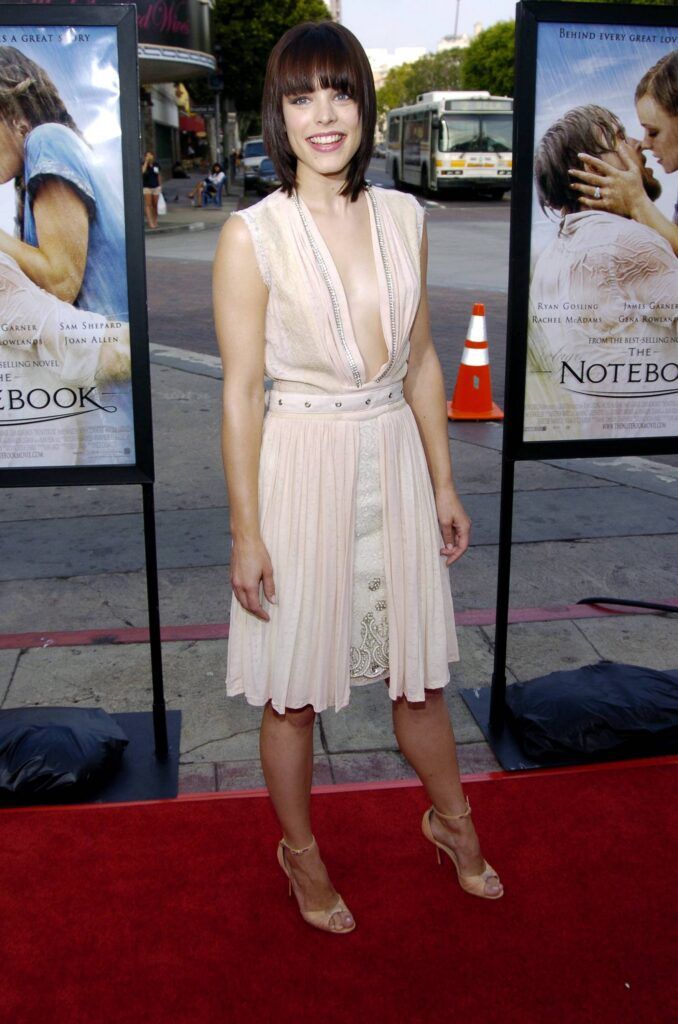 Melissa Joan Hart was a huge teen star in the early 2000s for her role in Sabrina The Teenage Witch. She had quite an eclectic sense of style, which is clearly demonstrated with this red carpet look she wore to the 29th Annual American Music Awards. From the halter neckline to the funky hairstyle, this look screams classic 2000s. 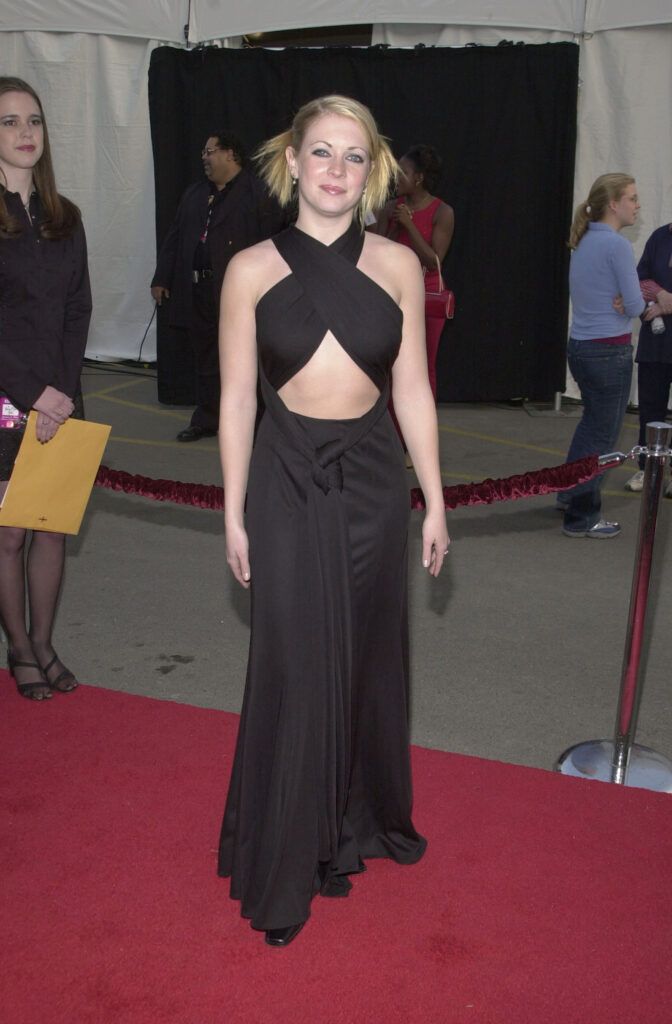 Sarah Jessica Parker was the Sex and the City queen of the ’90s and the early 2000s. Her fashion was absolutely epic both on and off-screen on the red carpets. Here, she is pictured in 2002 attending the world premiere for the 5th season of Sex and the City in New York showing off her budding baby bump in a pink slip dress. 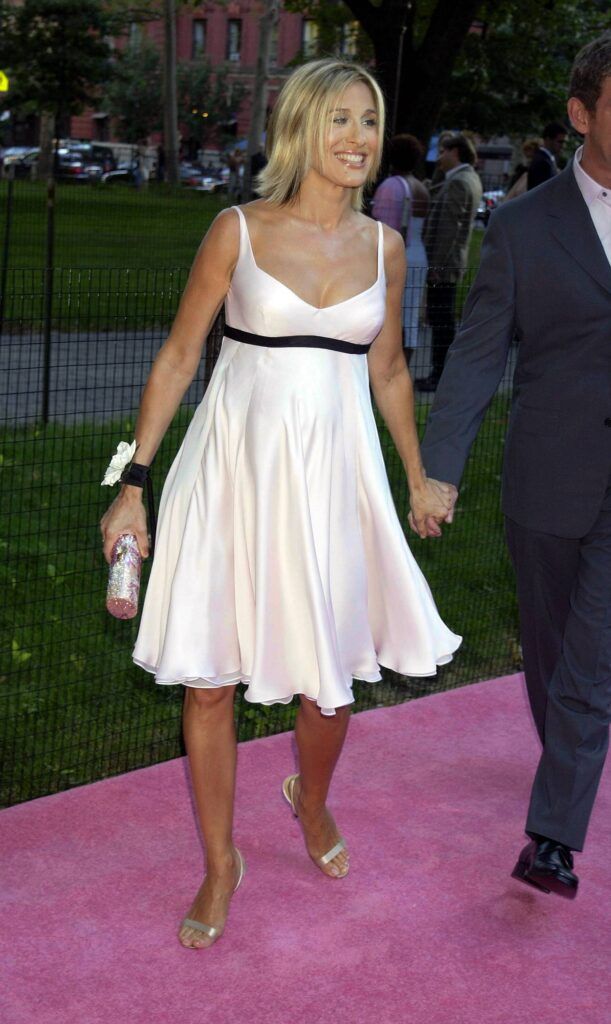 Jennifer Garner has been America’s Sweetheart ever since the ’90s and the 2000s. Here, she is photographed attending the 28th annual Peoples Choice Awards wearing an eggplant purple dress which featured romantic ruching along the bodice. The look felt feminine with a hint of sultriness since one sleeve hung effortlessly off her shoulder. Mandy Moore was a teenage star in the ’90s and 2000s and made a comeback in recent years with her role as Rebecca Pearson on This Is Us. She is photographed here as a teenager at the 2006 Golden Globes wearing a flattering black mermaid-style dress paired with a long beaded necklace. 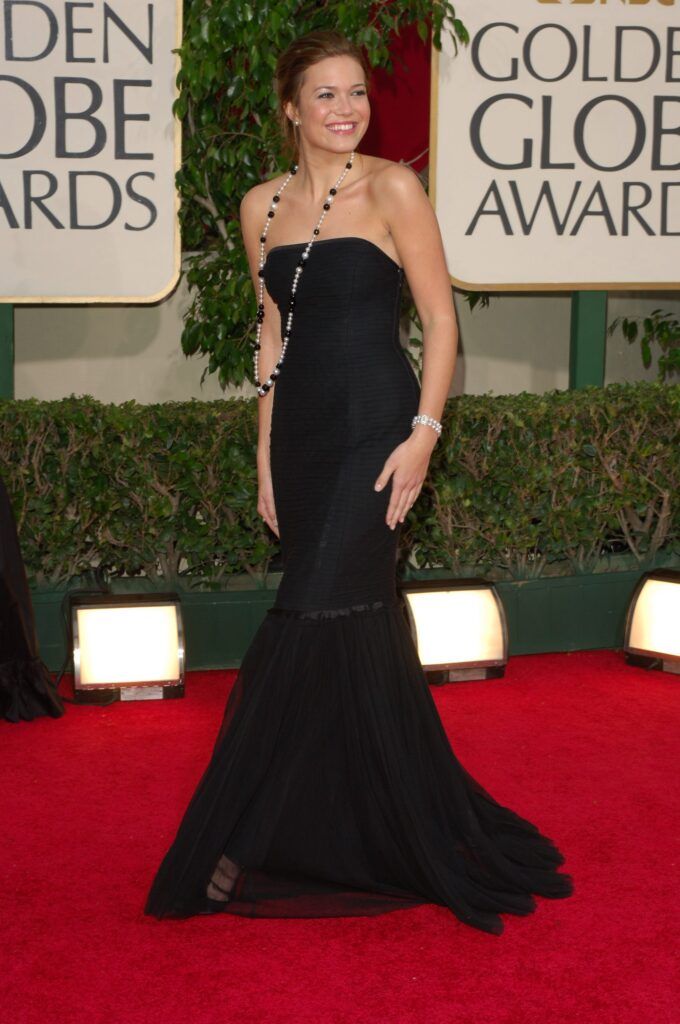 Kirsten Dunst rocked all the key trends of the decade in this rare photo of her from the M:I-2 premiere in 2000. From the low-waisted jeans to the sash belt and silky textures, and layered hairstyle totally rings true to the style of the early 2000s. 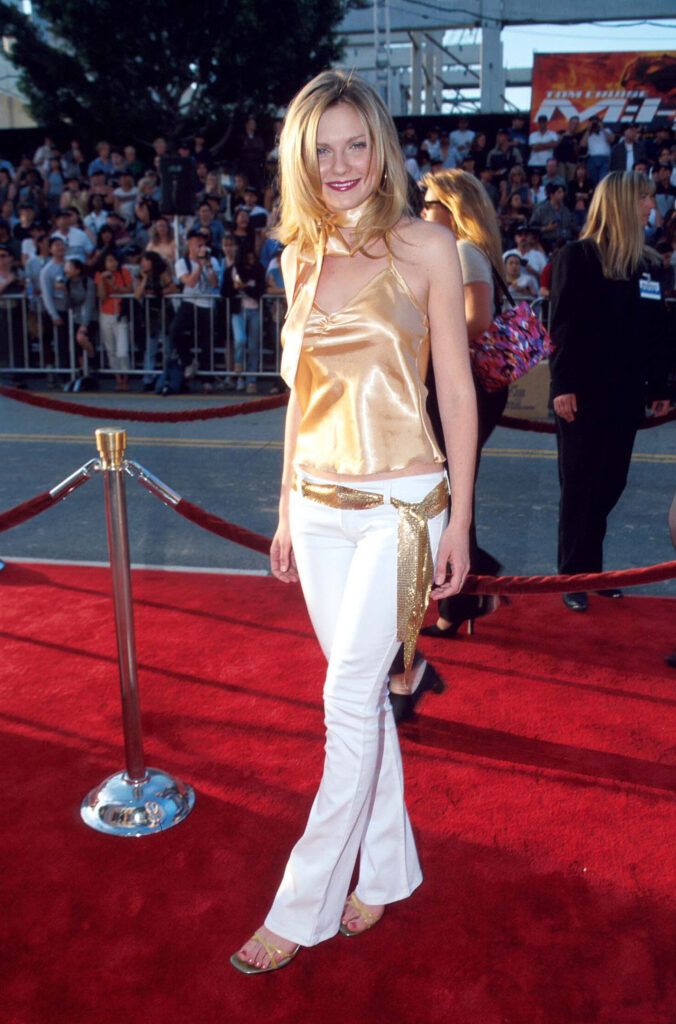 Demi Moore looks absolutely fabulous in this rare photo captured of her from the Flawless premiere at the 2008 Miami Film Festival. The rich shade of indigo worked fabulously with her dark brunette locks and the subtle pleating highlighted her hourglass figure flawlessly. 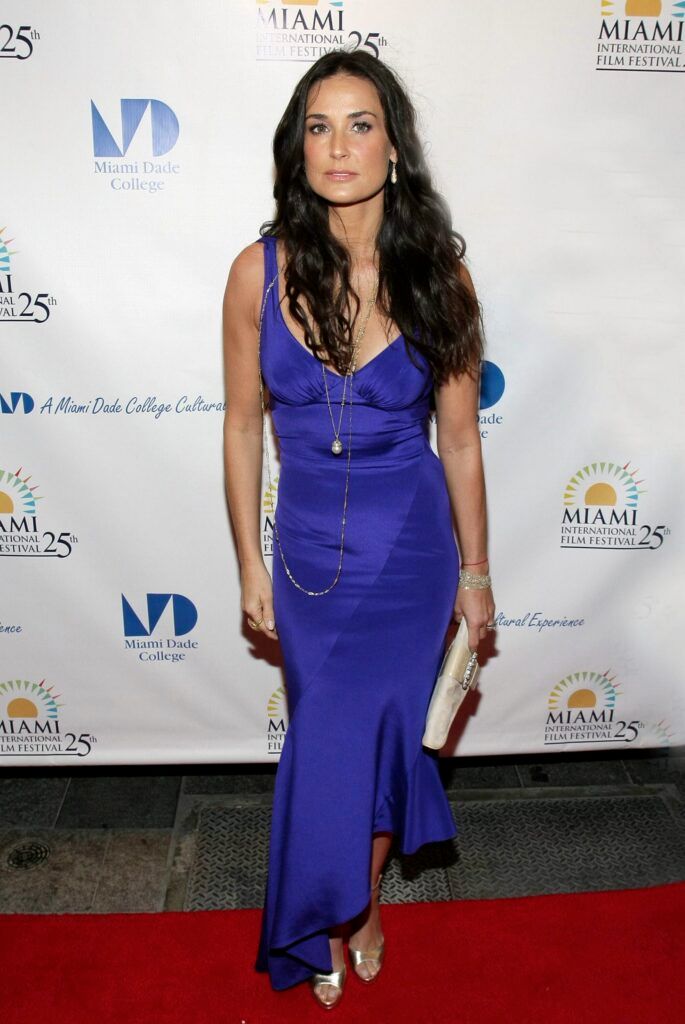 Reese Witherspoon has always been classy and stylish throughout the years and this chic yellow dress is the perfect example of that! The lemon color works beautifully to highlight her blonde tresses and the sweetheart neckline perfectly flatters her petite figure. 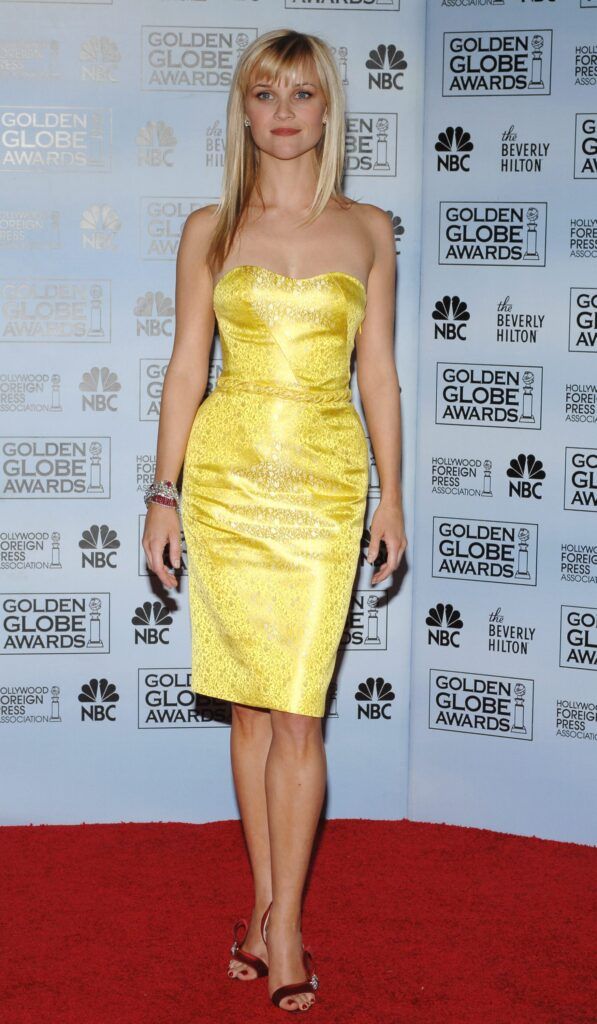 Drew Barrymore has gone through quite a few phases when it comes to fashion, but the early 2000s were definitely a peak for her. We love this sophisticated monochrome look she wore in a rare photo from the 2003 Duplex premiere in New York City. 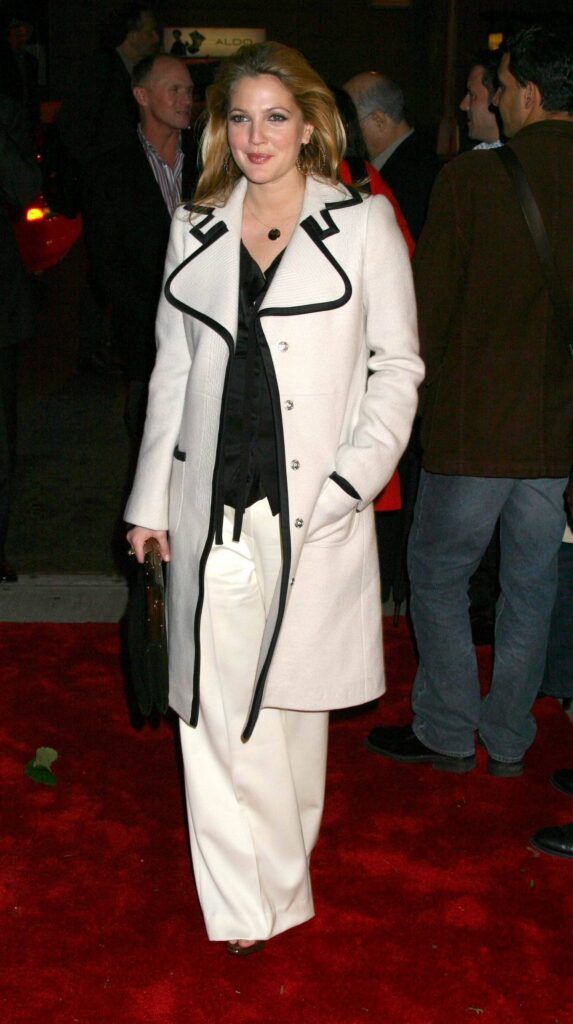 Gwyneth Paltrow has stayed true to her simple, classic style from the ’90s throughout the 2000s and into the current day. She’s captured here in a rare photo from 6th annual SAG Awards in 2000 wearing a powder blue slip dress paired with square toe sandals and crimped hair. 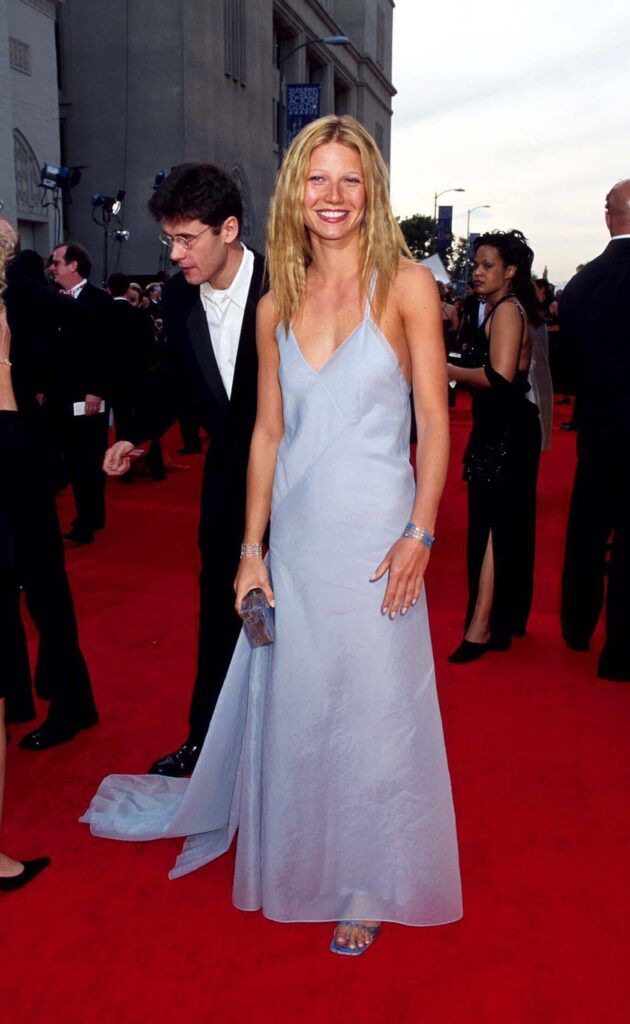 Julie Roberts only seems to get more beautiful with age! She’s photographed here in a rare image from 2004 Academy Awards with her signature radiant smile! She’s wearing a silky champagne dress and wore her hair in glamorous waves.