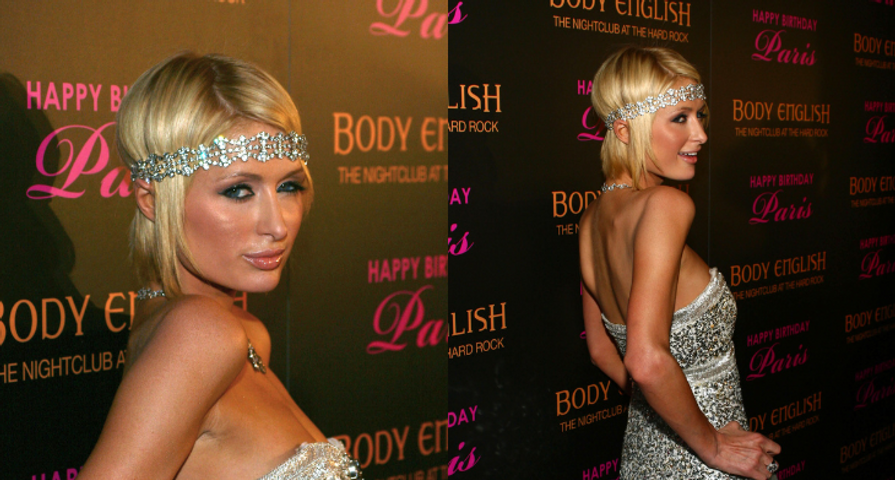 Who doesn’t love a good birthday party? It’s a chance to celebrate life, mingle, and enjoy delicious food. But some of the rich and famous tend to go all out, spending thousands, even millions of dollars on lavish parties for themselves.

From extravagant venues and renting private jets to over-the-top gifts like diamond-encrusted Barbie dolls, celebrities sure know how to party. Follow along as we take a look at which celebs go all out for their big day. Here’s a look at 12 extravagant and expensive celebrity birthday parties.

Sean Combs, also known as Puff Daddy or P Diddy went all out for his 40th birthday. The American rapper, songwriter, record executive, and entrepreneur rented out the iconic Grand Ballroom at the Plaza Hotel in New York City to throw an epic $3 million birthday bash.

Hundreds of the biggest names in Hollywood made the guest list. Partygoers included Jay-Z, the Kardashians, Denzel Washington, Nelly, and more. According to Vanity Fair, “Diddy’s guests had to pass through three checkpoints before being granted access.” The rapper also reportedly transformed the ballroom with $28,000 worth of white orchids. 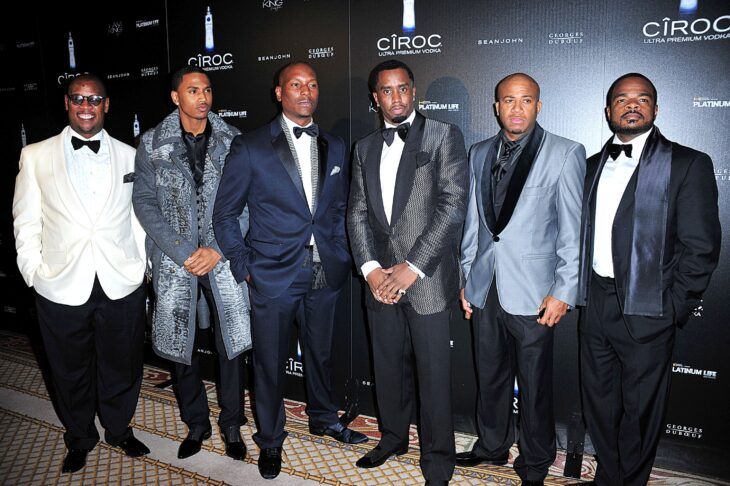 It’s no secret that hotel heiress and socialite, Paris Hilton likes to party. So when it comes to her own birthday we can expect nothing less than extravagant. Back in 2002, Hilton celebrated her 21st birthday with a 5-day bender around the world, reports the Style Caster.

Reportedly, Hilton invited a dozen of her closest friends and family and threw parties in iconic destinations like LA, New York, London, Las Vegas, and Tokyo. The guest list included famous names like P Diddy, Donald Trump, Kris Jenner, Samantha Cole, as well as the entire Hilton family. She spent approximately $75,000 per guest for her over-the-top celebration which made her birthday’s grand total over $1 million. 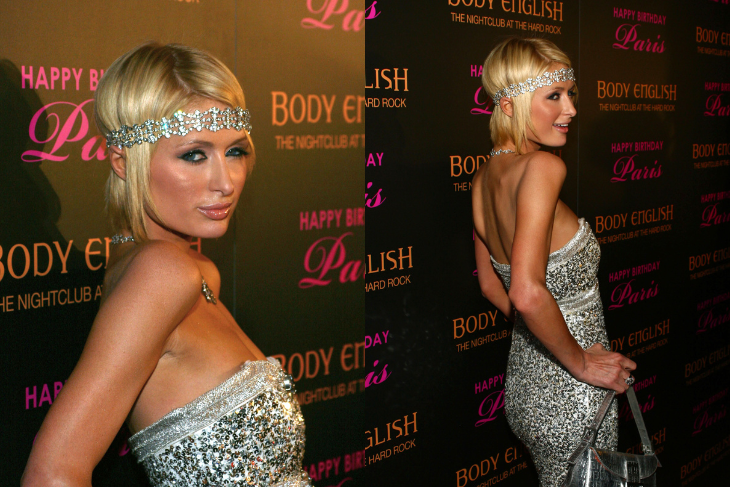 American singer, songwriter, actress, and record producer, Mariah Carey is a known diva but she ended up having an intimate 40th birthday. But just because the event was intimate, doesn’t mean it wasn’t extravagant.

Carey’s husband (now ex-husband), Nick Cannon whisked her away to Barbados in a private jet. While the two were known for taking lavish vacations together, Cannon surprised Carey with a private 11-person dinner party at a ritzy restaurant on the Caribbean island. According to People, the couple and their friends shared bottles of Dom Perignon and Carey’s favorite dessert: yellow cake with chocolate frosting. Reportedly, the 3-day event cost more than $2 million. 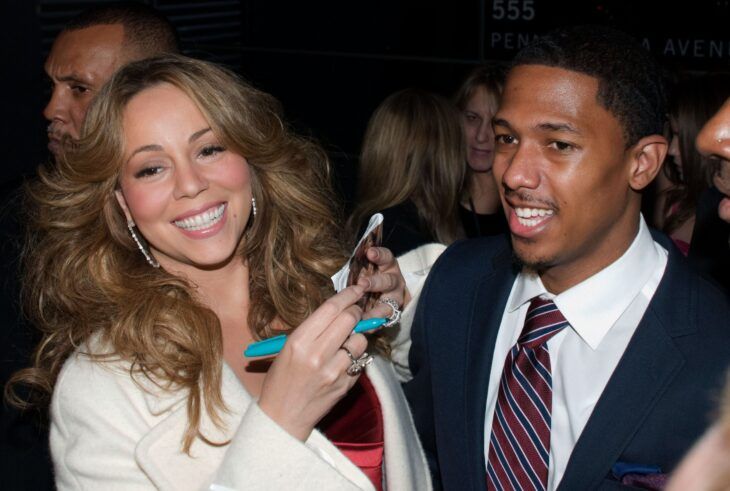 English television personality, entrepreneur, and record executive, Simon Cowell may be most well known for his brutally honest feedback to American Idol contestants, but he also makes a lot of money. When Cowell turned 50, he went all out spending $1.6 million on his extravagant birthday bash.

According to Insider, the American Idol judge escorted his 400 guests to the party in a fleet of limos. Of course, the event had an over-the-top spread from prawns and lobster martinis to fancy fish and chips. He also entertained his guests by hiring Rat Pack impersonators. 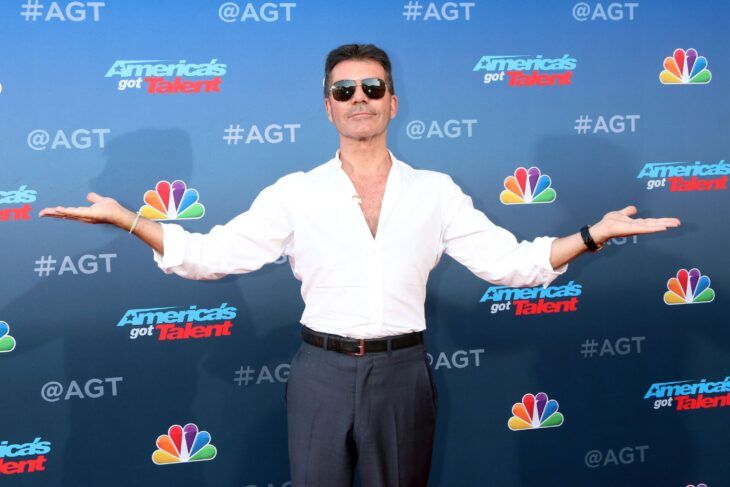 Sir Elton John is known for his striking wigs and costumes and over-the-top performances but the famous British singer is also no stranger to extravagant-themed parties. Perhaps one of the most memorable of all was John’s 50th birthday in 1997.

The singer dressed as Louis XIV but with his own John Elton flair. The costume was white, feathered, and of course, sequinned and complete with a voluminous curly white wig. Reportedly, the costume was so big he couldn’t arrive in a normal car, so he arrived in the back of a van. 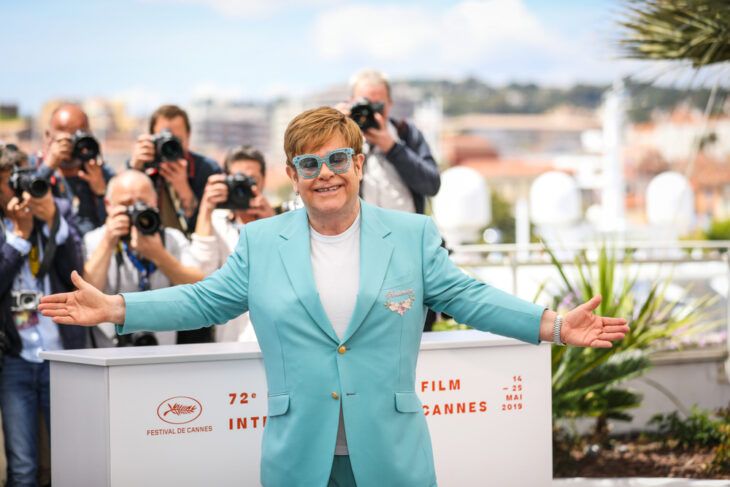 It’s well known that the Kardashians like to throw extravagant and expensive parties and give over-the-top gifts. One party that stands out from the rest is Kim Kardashian West’s 40th birthday party which took place on a private island. The reality star surprised her closest inner circle and flew them to the destination for her birthday.

As if renting out the whole island wasn’t extravagant enough, Insider says anonymous sources spoke to TMZ about the birthday bash and reportedly it included a chartered private jet that may have cost $50,000 per hour. The full resort buyout was estimated at $500,000 for 5-days. No party is complete without extravagant party favors which cost around $700 per guest and included goodies like GoPros and SKIMS pajamas. 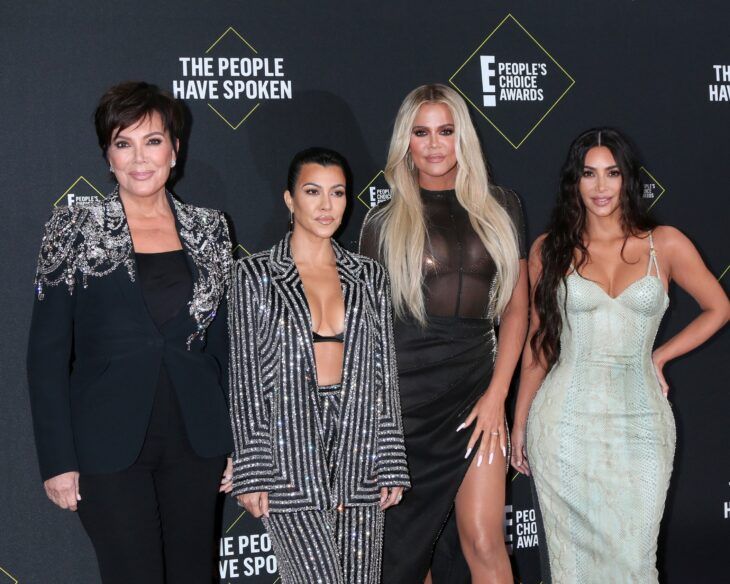 Sure every birthday is worth a celebration, but most people don’t go all out for their 35th birthday. Rapper, Rick Ross, is certainly the expectation and wanted to go all out for his 35th bash.

Instead of planning an extravagant party, Ross took his entourage to the King of Diamonds Club in Miami for an unforgettable night. Reportedly, the rapper spent $1 million at the club, literally making it rain money. The artist didn’t want the night to end so he called in a Brinks truck to bring over more cash. 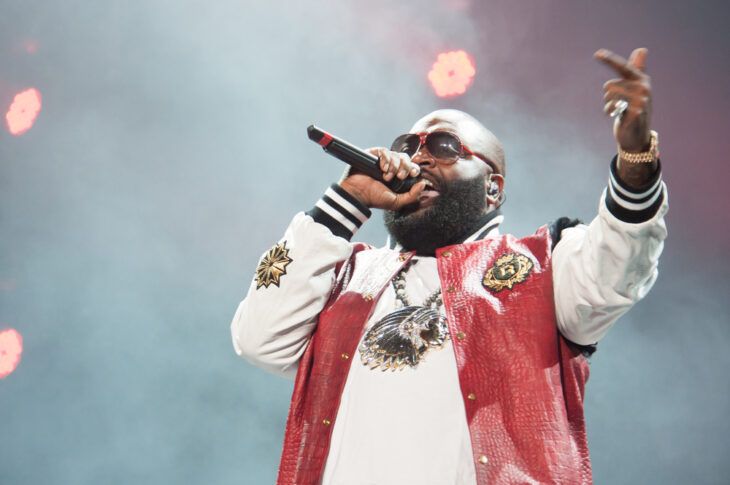 Playboy founder, Hugh Hefner, loves to celebrate his birthday and is known for throwing over-the-top celebrations. Over the years, Hefner has thrown himself various $1 million-plus Casablanca-themed parties with of course many stunning women.

Reportedly, Hefner screens the film for his closest family members and friends and then opens his mansion or a Vegas nightclub to celebrities and Playboy models. You can expect lots of champagne and caviar at one of his iconic soirèes! 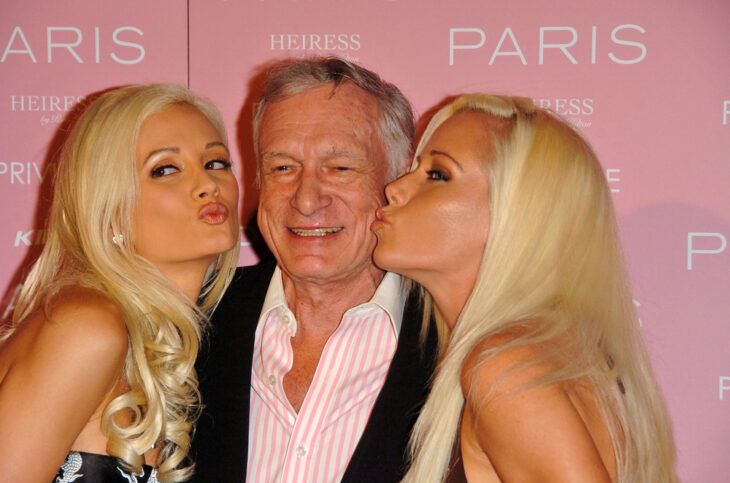 Supermodel Kate Moss knows how to party and she knows how to throw a great party too. According to Insider, Moss threw an extravagant (and expensive!) 4-day bash for her 40th. The event reportedly took place at her home in Cotswold, England, and featured a Glastonbury-festival theme.

According to the source, the event hosted 150 guests and cost about $130,000. Famous names like Viviene Westwood, Noel Gallagher, and Florence Welch were on the guest list. The source also noted the party offered tons of entertainment from a tarot card reader to fire jugglers and more. 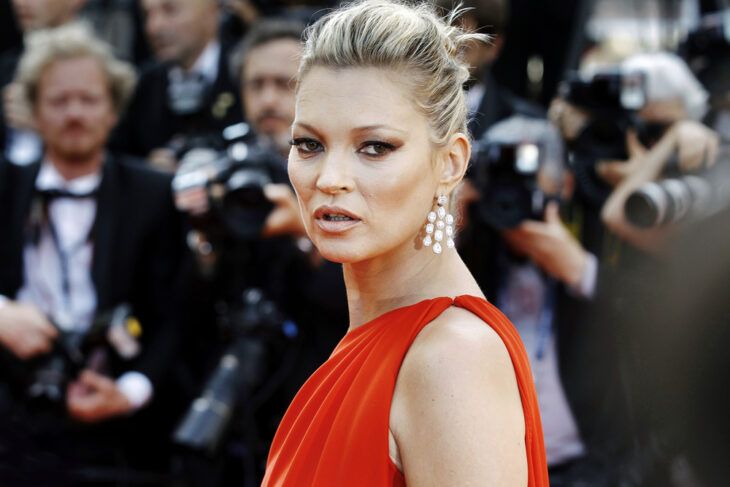 Oprah Winfrey is one of the richest and most influential women in America. When the iconic talk show host turned a half-century old, she celebrated in an extravagant way.

Reportedly, Winfrey began the celebrations with a live taping of the Oprah Winfrey show then she threw a party at her California beach house. There were over 200 guests at her soirèe, including famous friends like John Travolta, Jennifer Aniston, and Tina Turner. She even received an iconic birthday cake that weighed 400-pounds. 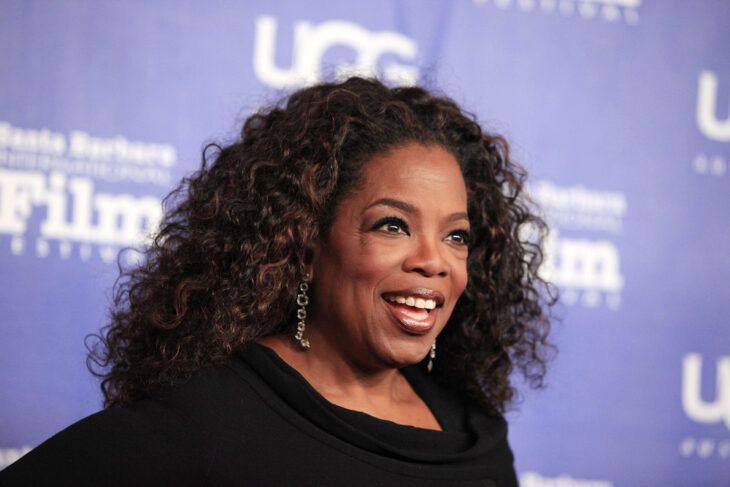 Parents love to go out for their little ones, especially for first birthdays but celebrities take the cake when it comes to lavish parties. Parents, Beyoncé and Jay-Z, threw their daughter, Blue Ivy, the most extravagant 1st birthday we’ve ever seen. The bash took on a princess theme and featured $95,000 worth of roses and a $2,000 cake.

As if that wasn’t extravagant enough, the iconic duo gifted their daughter an $80,000 diamond-encrusted barbie doll, ringing in the total cost of the party to over $200,000. 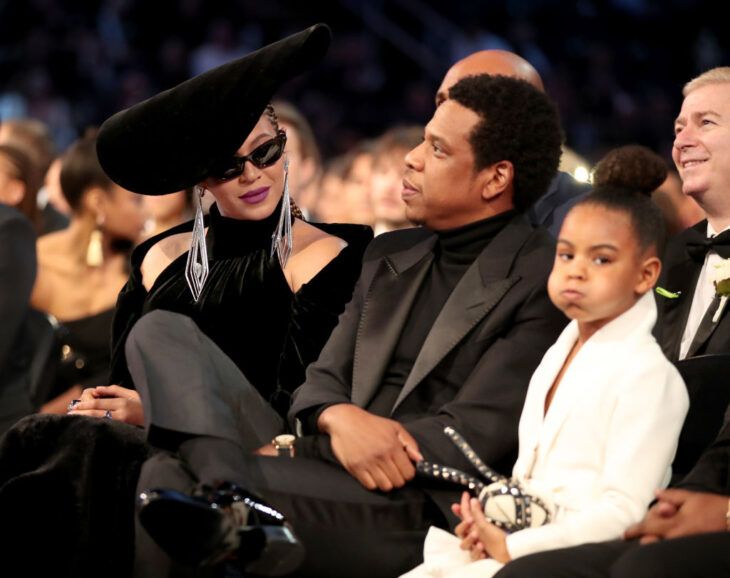 American actor Leonardo Dicaprio has won many awards over the years, including an Oscar and while the hard-working actor does like to party, he took a different approach to his 38th birthday. Dicaprio decided to use his birthday bash as an opportunity to raise donations for the American Red Cross.

The event reportedly raised more than $500,000 for the charity and featured performances from Gary Clark Jr., Django Reinhardt, and Eric Lewis. A-list guests like Beyoncé, Jay-Z, Robert De Niro, Cameron Diaz, Chris Rock, as well as others were said to be in attendance. 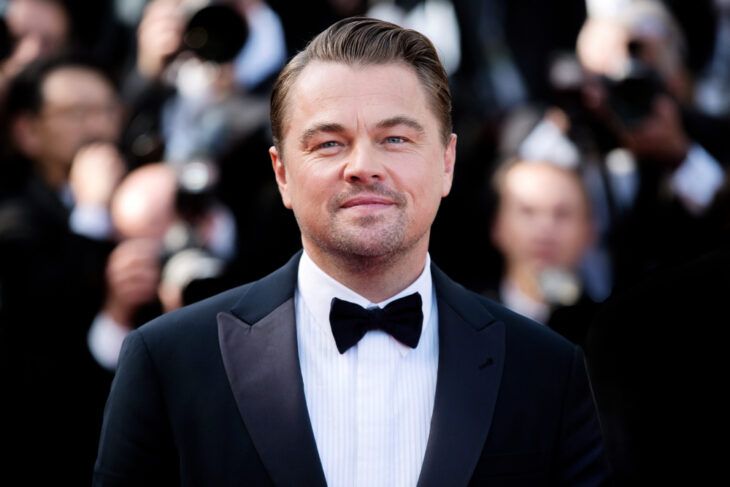