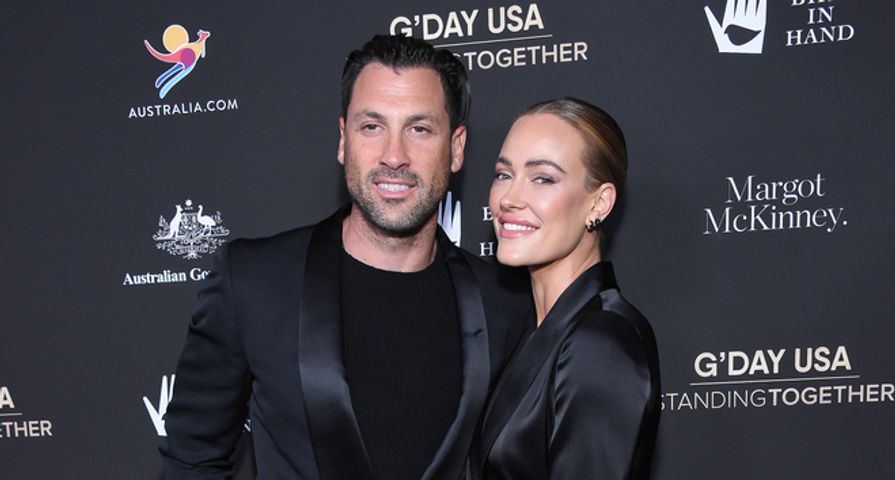 Since it first aired in June 2005, Dancing With the Stars has become one of the most successful reality competition shows on television. Fans love the show for all the work, dedication, and emotion every star puts into learning their dances and working with their pro partners. With so many emotions and so much time together for both the pros and the stars, it isn’t surprising that there have been rumors of hook-ups and break-ups within the cast. Many stars have been linked to their pros, and while rumors fly every season, a few relationships really have come from the show. Check out these real-life couples from DWTS.

Matthew Lawrence may have never actually competed on Dancing With the Stars, but without the show he never would have met pro dancer Cheryl Burke. The couple met back in 2006 when Lawrence’s brother Joey Lawrence competed on season three of DWTS where he came in third with pro dancer Edyta Sliwinska. Due to staying on the show for so long, Matthew’s visits to his brother on set lead him to meeting Cheryl Burke who ended up winning the season with NFL player Emmitt Smith. The pair didn’t begin dating until the season’s fall tour. After breaking up in 2008, the pair went for nearly a decade before they reunited and rekindled their romance. On May 23, 2019, the duo married at the Fairmont Grand del Mar in San Diego, but their fairytale was short-lived as they split in early 2022. 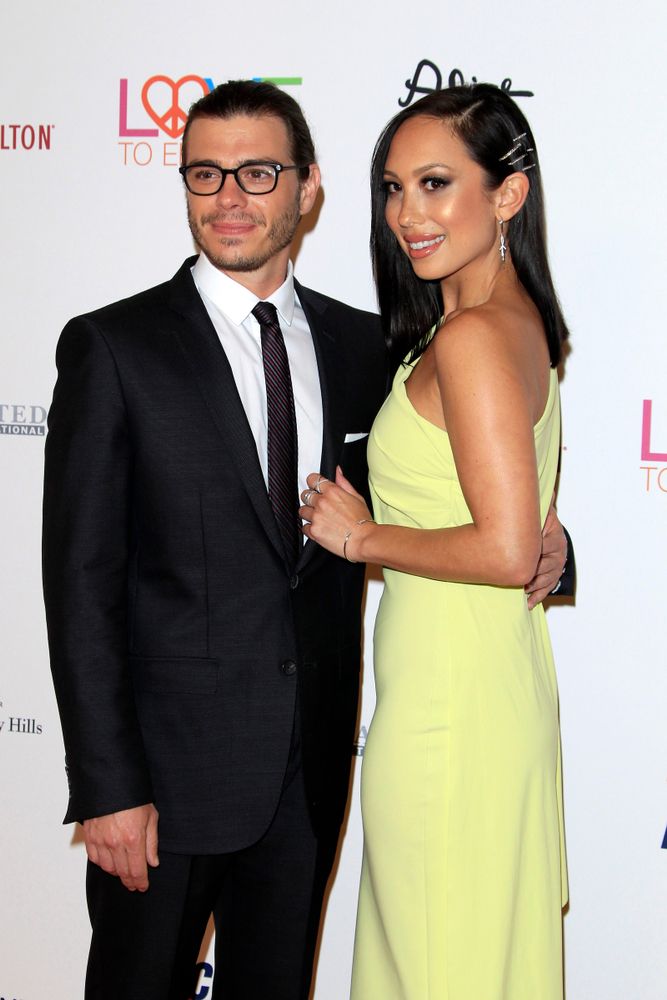 Val Chmerkovskiy has had a hard time keeping his emotions out of it when it comes to Dancing With the Stars, and in season 19 when he was partnered with Pretty Little Liars actress Janel Parrish, things heated up quickly between the two. Pretty soon the two weren’t hiding their relationship status, and were spotted holding hands and going out on dates, and in his memoir “I’ll Never Change My Name,” Val fully confirmed the romance. “Gradually all the interactions between us took on a highly personal flavor. We entered into a romance,” he wrote. He also revealed that he knew it wasn’t something he wanted, but thought maybe it would help elevate them that season to take home a Mirrorball Trophy, but the opposite happened. “I fell into the trap of letting relationship melodrama get in the way of me sticking to the script, which was to focus on dance. I let the line get blurred. I didn’t separate the personal from the work. The reason I came to look at season 19 as disappointing wasn’t a result of the content or not winning, but what appeared to matter was the romance, not the performances.” While things didn’t last between the two, Val did find love on DWTS. 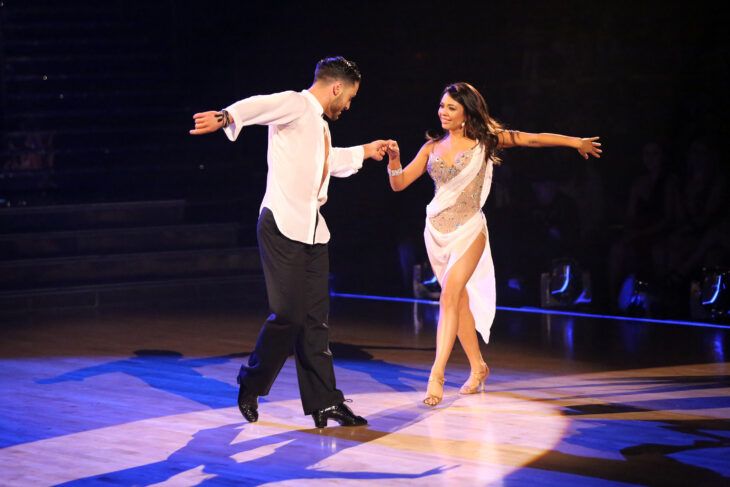 Back in 2009, pro dancer Mark Ballas took home his second Mirrorball Trophy when he and gymnast Shawn Johnson took home the prize for season eight. As it turns out the pair had quite the romance going for the entire season and things were getting pretty serious, but the two continued to deny because of Johnson’s age at the time. Johnson was only 17 when she took home the big win and Ballas was 23. Through their denials there were reports of a “nasty breakup” after the season ended and their relationship is rumored to be the reason they couldn’t be partnered up for the All-Star edition in season 15 where she placed second with Derek Hough. 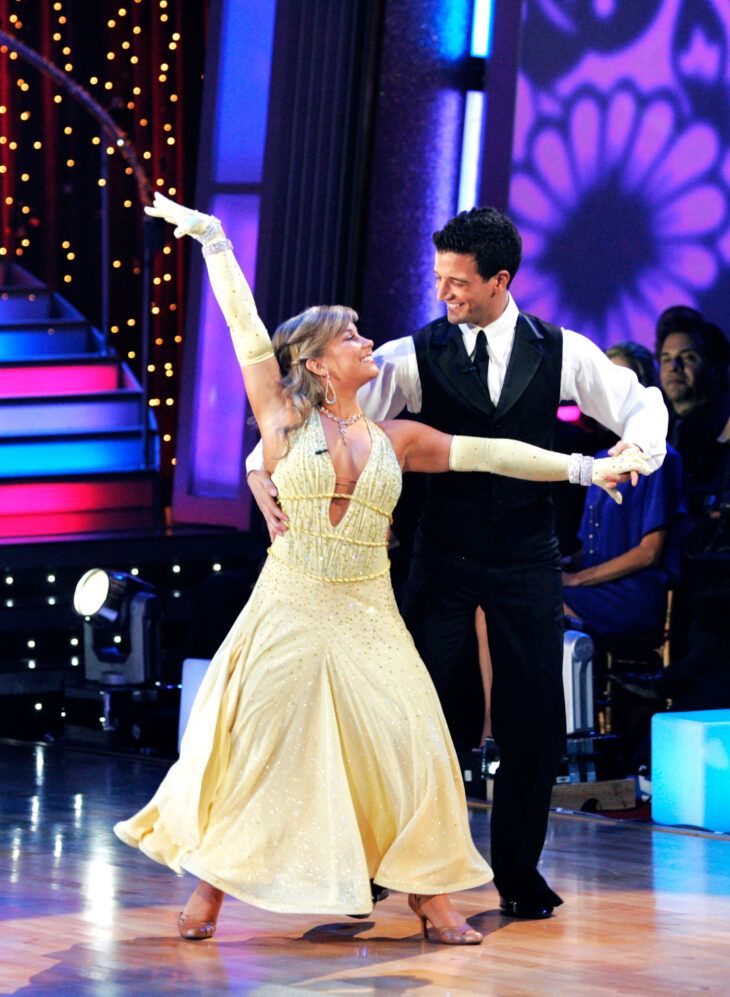 While it is usually stars and pros that are matched up who find romance together, that is not what happened with Amber Rose and Val Chmerkovskiy. The model was paired up with Val’s brother Maksim for the 23rd season of the show, and while they were eliminated early on, it was enough time for Amber and Val to strike up a friendship. Soon after her elimination, the two sparked romance rumors by posting flirty pictures on social media and were seen holding hands while out on dates. In early January 2017, Amber confirmed the relationship admitting that the pair had been dating for around four months, but only one month later the pair then confirmed they had split! 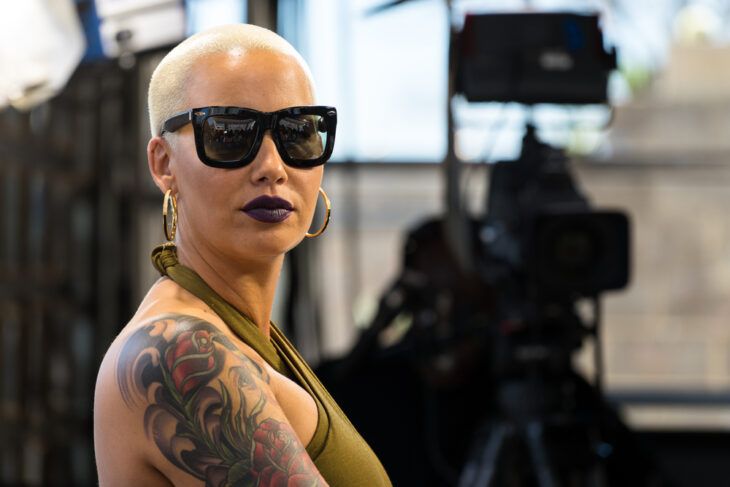 Dancing with the Stars pros Emma Slater and Sasha Farber have been together since 2011. They broke up briefly in 2014 but got back together in 2015. In October 2016, Farber proposed during an episode of DWTS with a pink sapphire ring. Prior to getting romantically involved, the DWTS pros had been friends for a couple of years; however, after only a few months of being friends, Farber already knew that she was the one! On Sunday, March 25, 2018 the two tied the knot in Los Angeles at Bella Blanca. 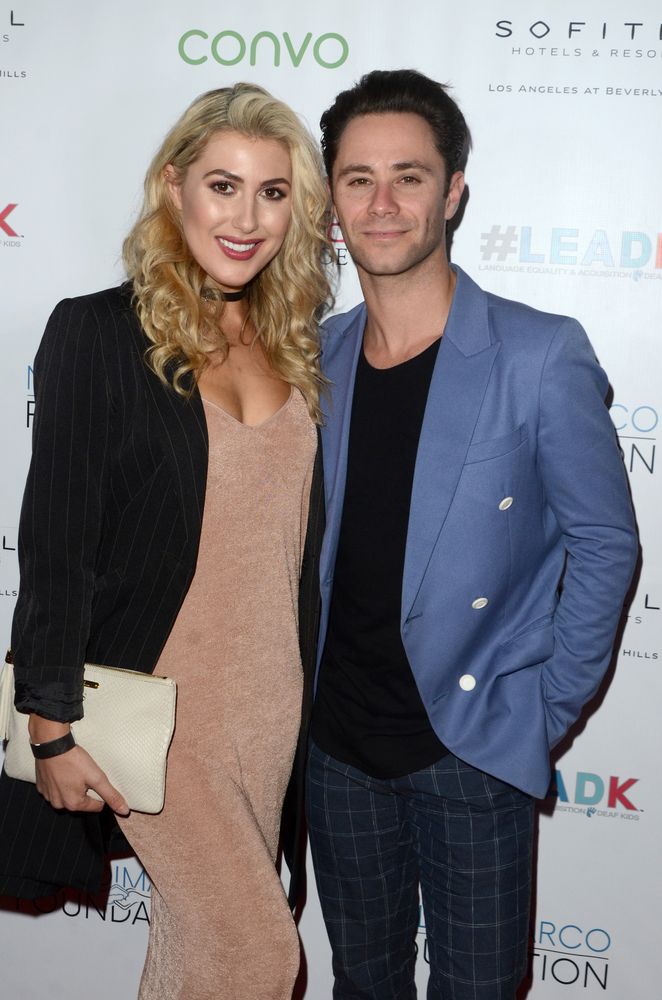 In 2010, famed NFL trash talker Chad Johnson joined the tenth season of Dancing with the Stars where he and his pro partner Cheryl Burke ended up doing fairly well on and off the dance floor. As is usual for every season, many assumed that there was a bit more going on with the pair than just dancing because of their “great chemistry,” which she wrote about in her book Dancing Lessons. She did confirm later in an interview with Lifeline Live that there was a bit of romance between the two, but nothing too serious. “We maybe had a little bit of a fling, I wouldn’t take it to that word dating.” 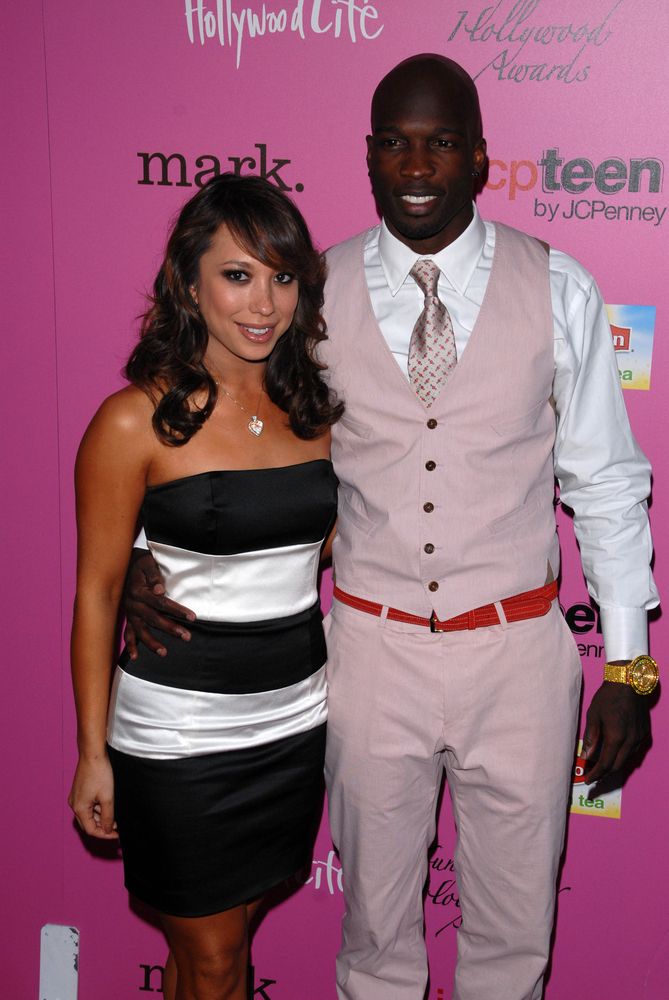 Although former WWE Diva and Total Divas star Nikki Bella and pro dancer Artem Chigvintsev definitely had dancefloor chemistry when they were partnered in season 25, but it didn’t evolve into a romance until years later. After placing seventh, the pair went their separate ways, but maintained a friendship until Bella’s split from wrestler-actor John Cena in the spring of 2018. By late 2018 Bella had entered into a romantic relationship with Chigvintsev. In November 2019, the pair became engaged and in late January of 2020 were excited to announce that they were expecting their first child together! They welcomed their son Matteo in August 2020, and within days it was also announced Artem was returning for season 29 of DWTS after being left out of season 28! 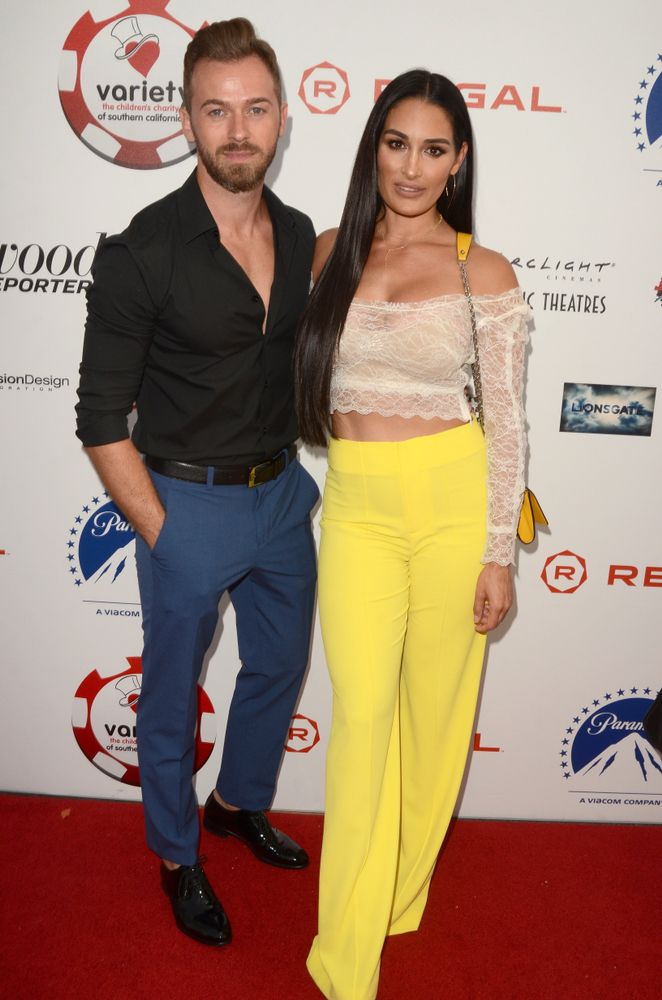 Things may have been a bit hazy for Cheryl Burke and Chad Johnson about what their relationship status was, but the same can’t be said for Derek Hough and Shannon Elizabeth. The gorgeous actress and dancing stud were paired up for season six of Dancing With the Stars and while they only placed sixth in the competition, things went much better for the pair behind-the-scenes. The two dated for more than a year after the show before they called it quits very amicably. The pair both sent out tweets reading, “Hi everyone, we wanted you all to know directly from us that Shannon & I have decided to end our relationship as boyfriend & girlfriend,” adding, “we love & care about each other very much.” 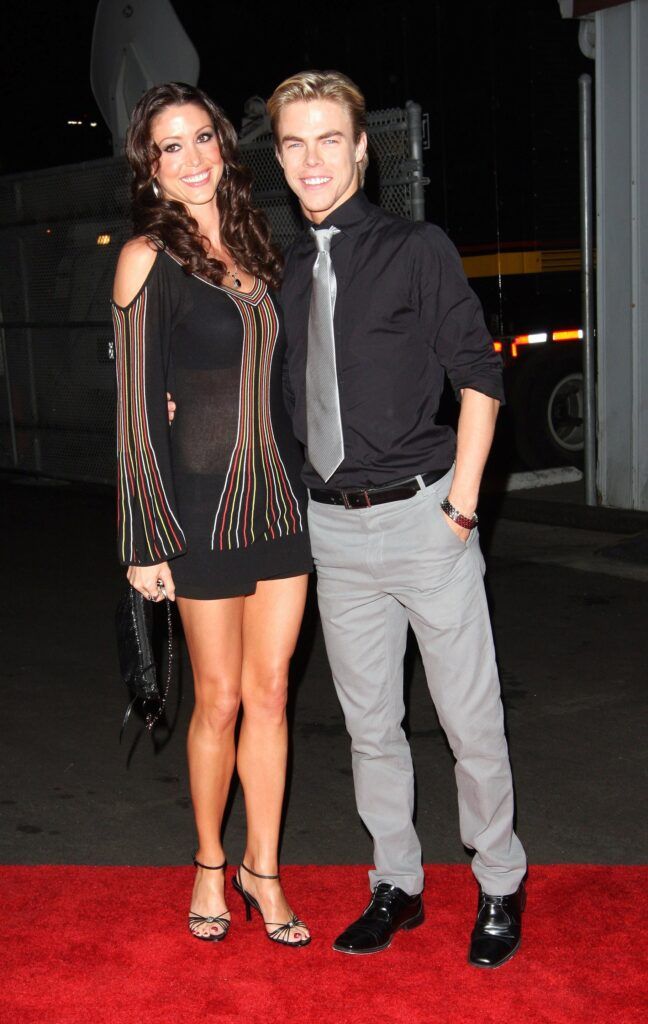 Val Chermkovskiy and his brother Maks are fan favorites on the show, and both have been swept up in a couple showmances, and it seems Val at one time dated Dancing With the Stars troupe member Jenna Johnson. The two never publicly announced a relationship, but they didn’t hide it either. They were spotted getting cozy over lunch after a day of rehearsals for a previous season of DWTS. The two walked with their arms wrapped around each other and even shared a kiss, making for another adorable off-screen couple. Although they parted ways for a bit, in 2017 Val confirmed the two had gotten back together and he was “in love,” and in 2018 the pair became engaged before marrying in early 2019. 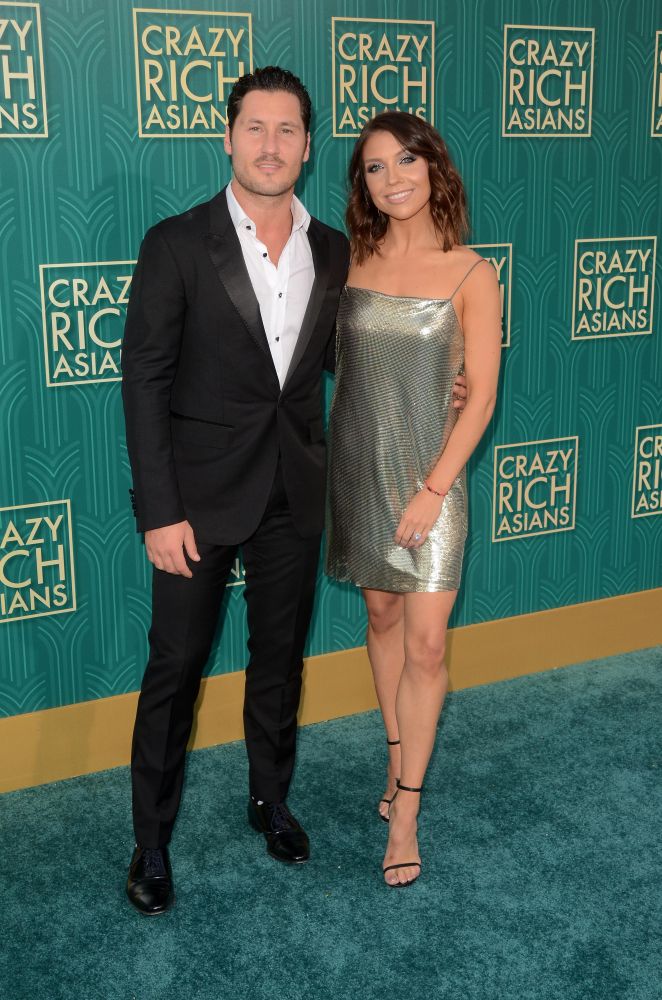 During Julianne Hough’s last season as a pro, she fell for her partner, country singer Chuck Wicks. The two ended up dating from August 2008 to November 2009, and things seemed to be getting pretty serious until they abruptly broke up. The split was mutual and inspired Hough’s own song, “Is That So Wrong,” but she later revealed that the spark between herself and her next boyfriend Ryan Seacrest began while she was still with Wicks. “I had another boyfriend, Chuck Wicks, whom I met on DWTS. While we were dating, we went on Ryan’s radio show together. At the end, Ryan said something like, ‘You guys really have something special!’ And I thought to myself, ‘He’s so full of s–t right now.'” She and Seacrest then dated from April 2010 to March 2013. 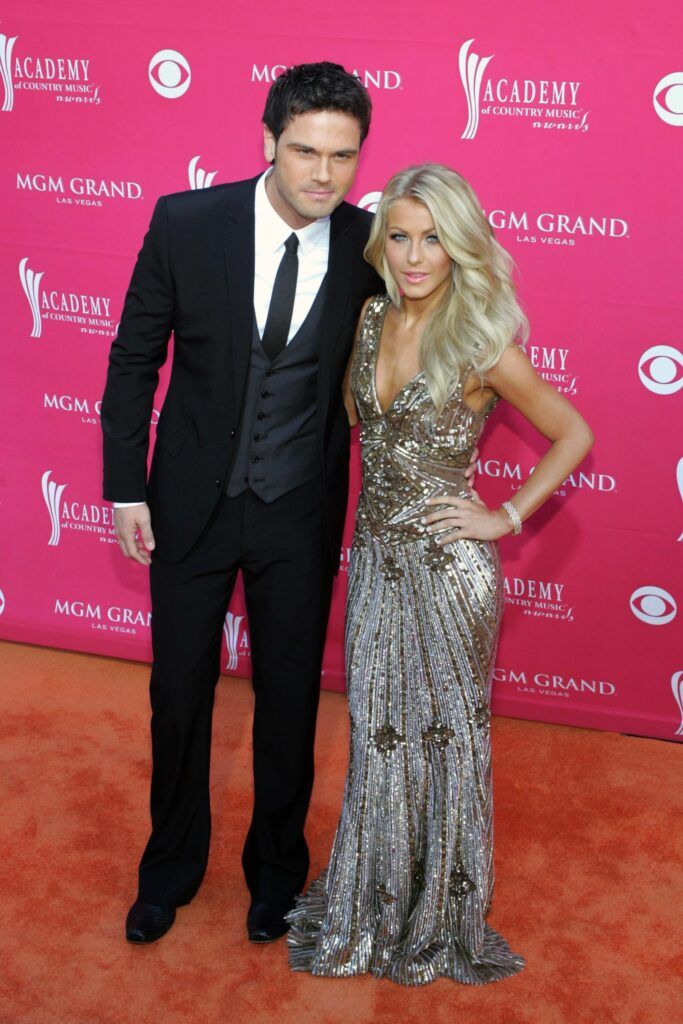 Mark Ballas got caught up in the emotion of the show by dating his very first Dancing With the Stars partner after becoming a pro in season five. Ballas dated Sabrina Bryan known from the group Cheetah Girls for quite a while following their season together, but things came to an end after their separate busy schedules got in the way of the romance. 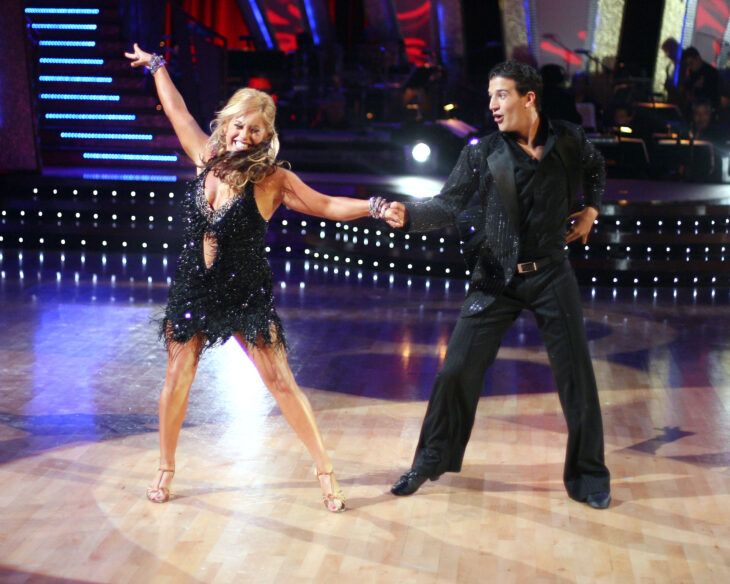 A pro found love with their star partner yet again when Karina Smirnoff was matched with Saved by the Bell hunk Mario Lopez for the third season of Dancing With the Stars. Their chemistry was noticeable to everyone and it wasn’t surprising when they revealed they really were dating. “I thought he was extremely hot and charming,” she revealed of her first impression of Lopez. The two moved in together after six months of dating and stayed together for two years until June 2008 when Lopez confirmed to Smirnoff that he had cheated on her, leading to a very painful breakup. “He pretty much-confirmed everything. It felt like the world came to an end for a second. I couldn’t get up. That was when all the little pieces came together in my head. You come to that realization that this is now what you want out of love and out of life, and is not who you want to be with,” Smirnoff told People after the split. 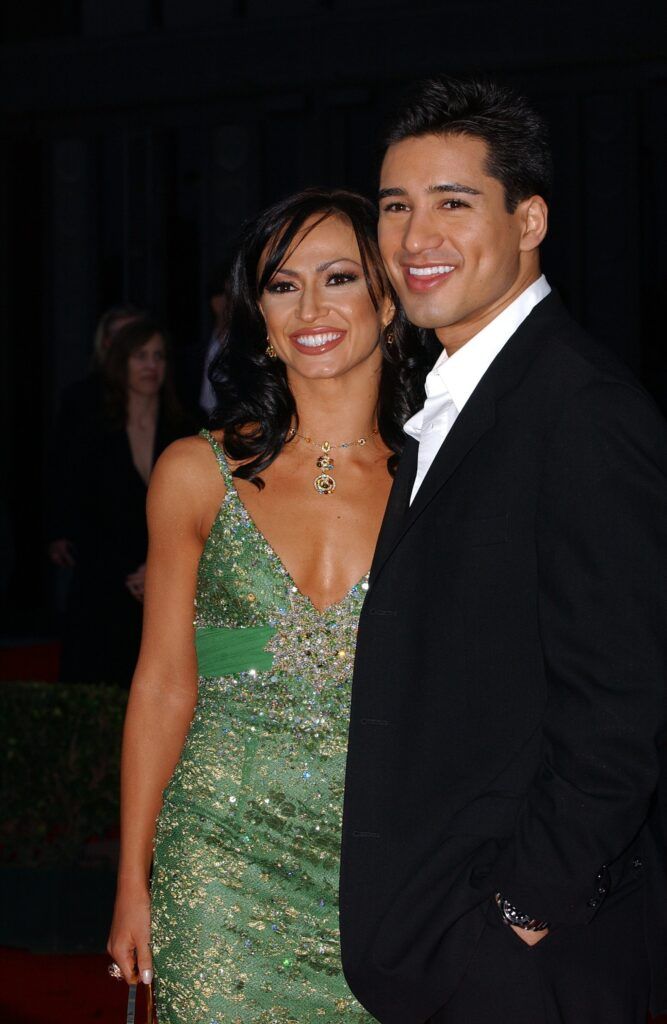 Almost immediately after her split from Lopez, Smirnoff began dating fellow Dancing With the Stars pro Maksim Chmerkovskiy in the summer of 2008. Things got serious very quickly between the two and they were engaged by December 2008. Nine months later in September, however, the two called it quits amicably, but insiders said they couldn’t agree on starting a family. Maks wanted children right away, but Karina wasn’t ready. 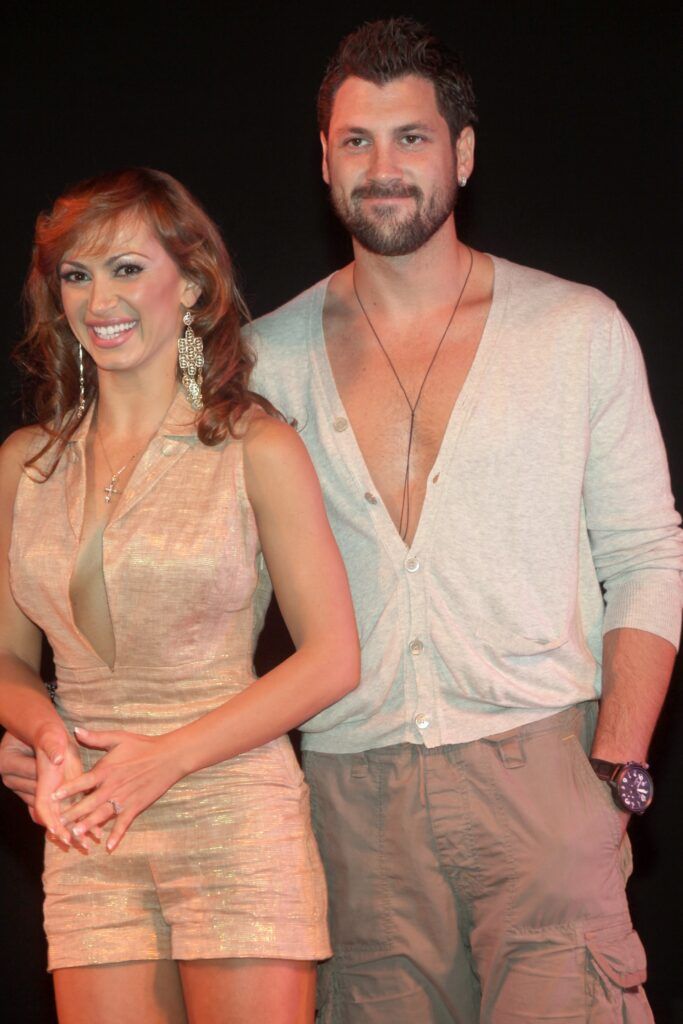 In early 2015, Season 20 of Dancing with the Stars premiered and brought along with it a new relationship! Immediately pro Kym Johnson and her partner Shark Tank judge and businessman Robert Herjavec were rumored to be a couple, but it wasn’t until later that year in September that they finally confirmed they were together. Then, on February 27, 2016 the two became engaged and were married in July of that same year. In April 2018, the couple welcomed twins, Hudson Robert Herjavec and Haven Mae Herjavec, into the world. 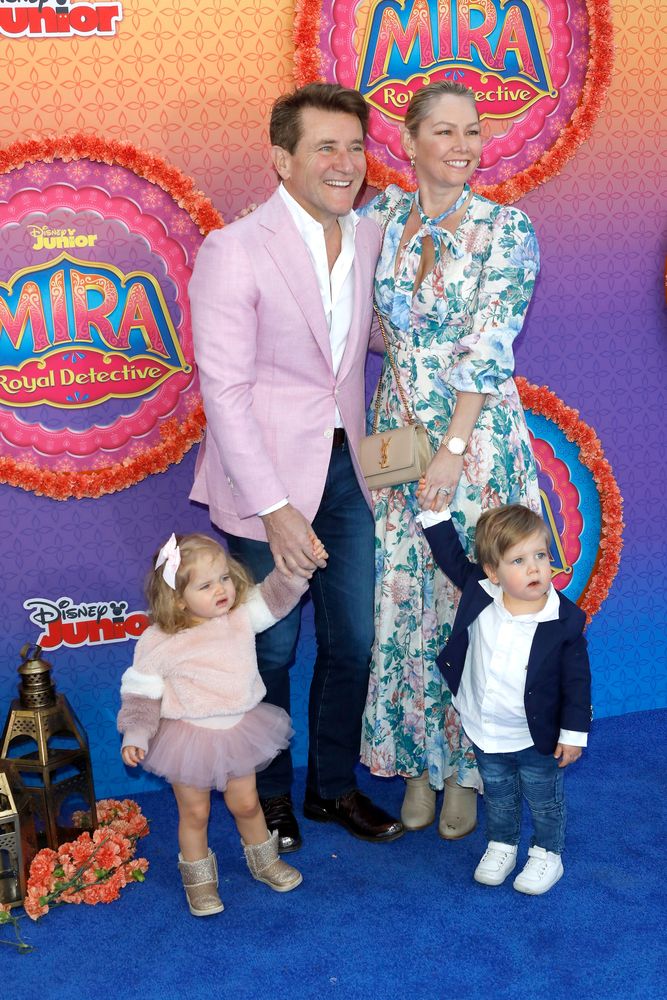 Back in 2012, after his failed engagement to Karina Smirnoff, Maksim Chmerkovskiy began dating another DWTS pro, Peta Murgatroyd, but after ten months together, the two called it quits in 2013. After going their separate ways for a little bit, the two got back together in October 2014 and on December 5, 2015, they became engaged. Maks admits now that breaking up with her in the first place was a big mistake, “I dodged a bullet because she could have fallen in love with somebody else and this never would’ve happened. She’s my best friend. She makes me a better man,” he said of his fiancée following their engagement. The couple married in July 2017 and in early January 2017 they welcomed their first child together, a son name Shai Aleksander Chmerkovskiy. 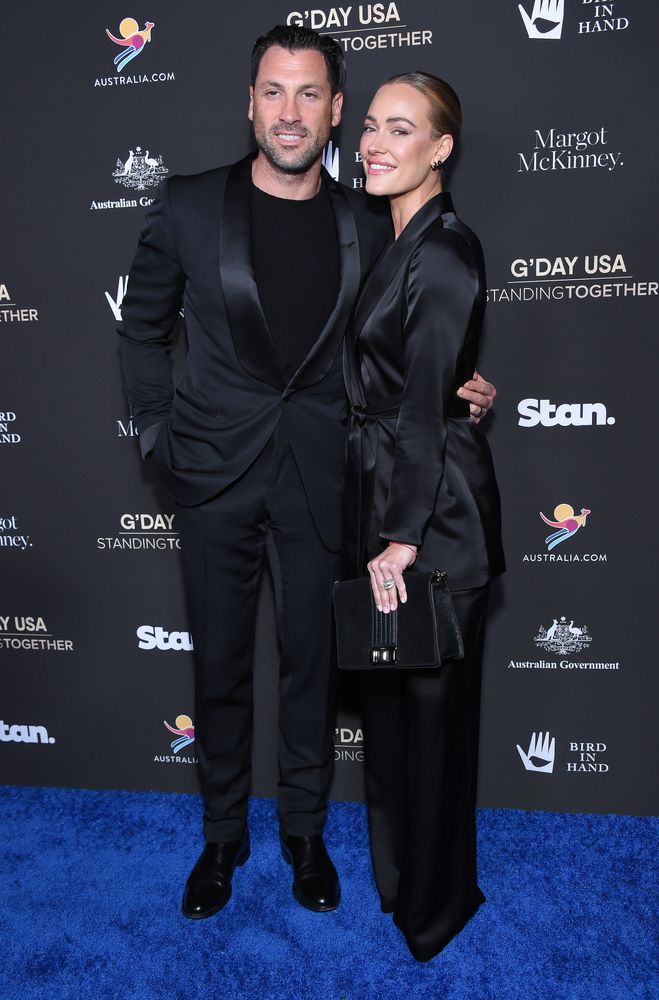