11 Celebrities Who Quit Dancing With the Stars 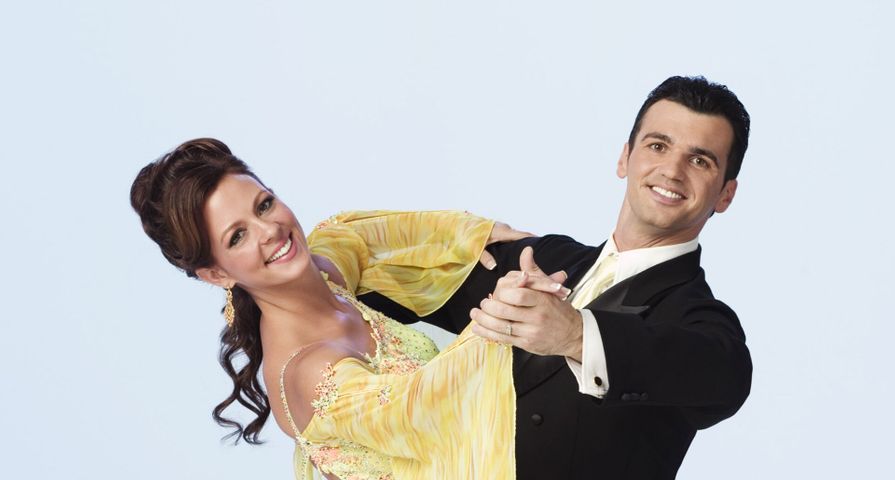 Dancing with the Stars is one of the longest running reality series with an incredible number of full seasons (and counting) under its belt. The ABC dance reality competition started back in 2005 and has featured somewhere around 300 celebrities so far! Not surprisingly, sometimes things don’t go as planned and celebrities either drop out at the last minute, are disqualified for missing a show or are forced to resign due to an injury. With yet another season on the way, so in anticipation of that, here’s a look back at 11 celebrities who quit Dancing with the Stars.

Tamar Braxton made sure never to miss a show in order to avoid being disqualified, even when she was being rushed to the hospital! Unfortunately, the next day she was forced to face the facts and The Real co-host and singer announced she would be withdrawing from the competition after she discovered pulmonary embolisms in her lungs. She shared the news on her Instagram account: “With a Heavy heart I regret to inform you that my season of #dwts has to come to an end along with the rest of my tour dates with @musicbykem.” 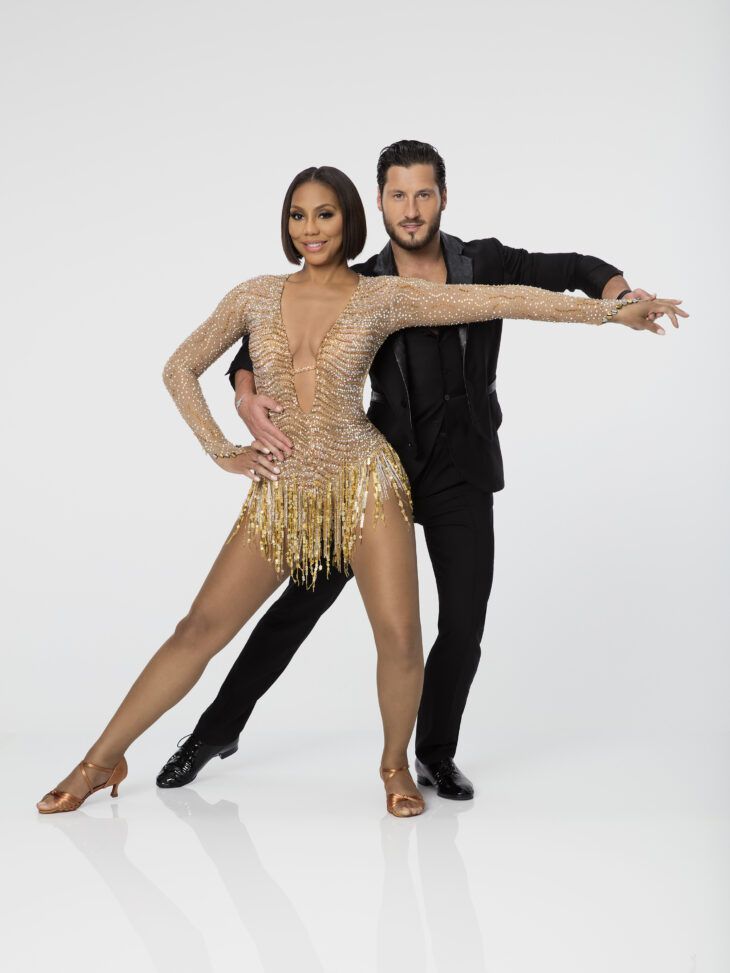 The Don’t Be Tardy reality star was disqualified from Dancing with the Stars before she could even withdraw! She missed out on a performance when her doctor would not let her fly from Atlanta to Los Angeles after she suffered a mini-stroke. Many fans were shocked at the ruthless disqualification that clearly was out of the former Housewife’s hands, so much so that they started a campaign to get her back on the show. Sadly, it was unsuccessful which is probably for the best because a few weeks later she underwent heart surgery. 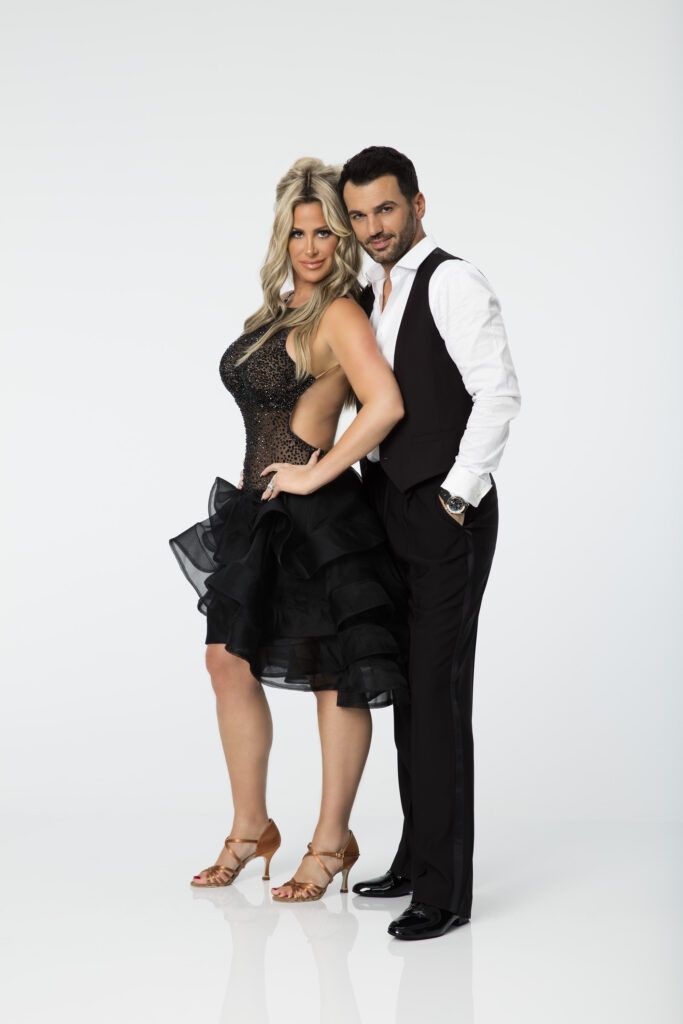 Well known TV host, Nancy O’Dell was forced to leave season 8 of Dancing with the Stars just before the show was about to premiere after she tore her meniscus and required surgery. “Beyond disappointment doesn’t even begin to describe how I feel about not being able to continue on Dancing with the Stars. It has been one of my favorite shows since Season One! But I have torn the meniscus in my knee in two places, which requires surgery. Dancing with the Stars was a great experience. I’ll miss working with my partner, Tony Dovolani, and all the other wonderful people on the amazing production that is Dancing with the Stars,” said O’Dell. Producers were quick to fill her spot with Bachelor alum, Melissa Rycroft, who went on to win the All-Stars season! 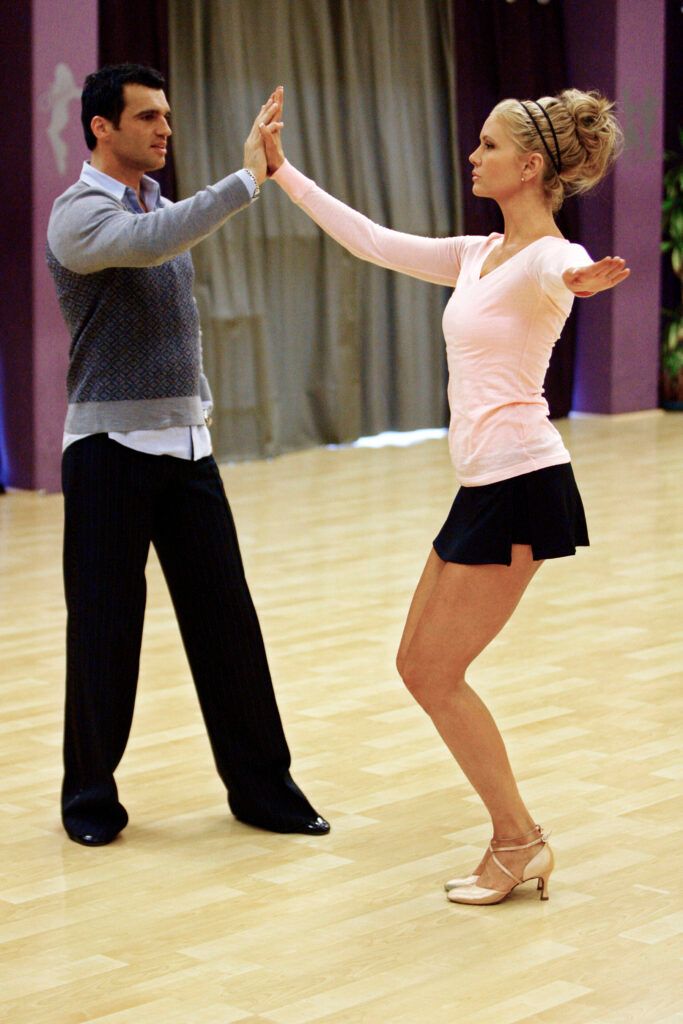 Sara Evans is the only former contestant on this list who didn’t withdraw from Dancing with the Stars due to an injury. She joined the cast in 2006 for season 3 and was the first country music singer to appear on the show. Unfortunately, she had to leave halfway through the season citing “personal reasons” which left many fans confused, but it all became clear when a few days later she filed for divorce from her then-husband, Craig Schelske. It was reported that she left the show so she could be with her kids during that time. She made an appearance at the season finale and returned to the show during season 12 to perform her single, “A Little Bit Stronger.” 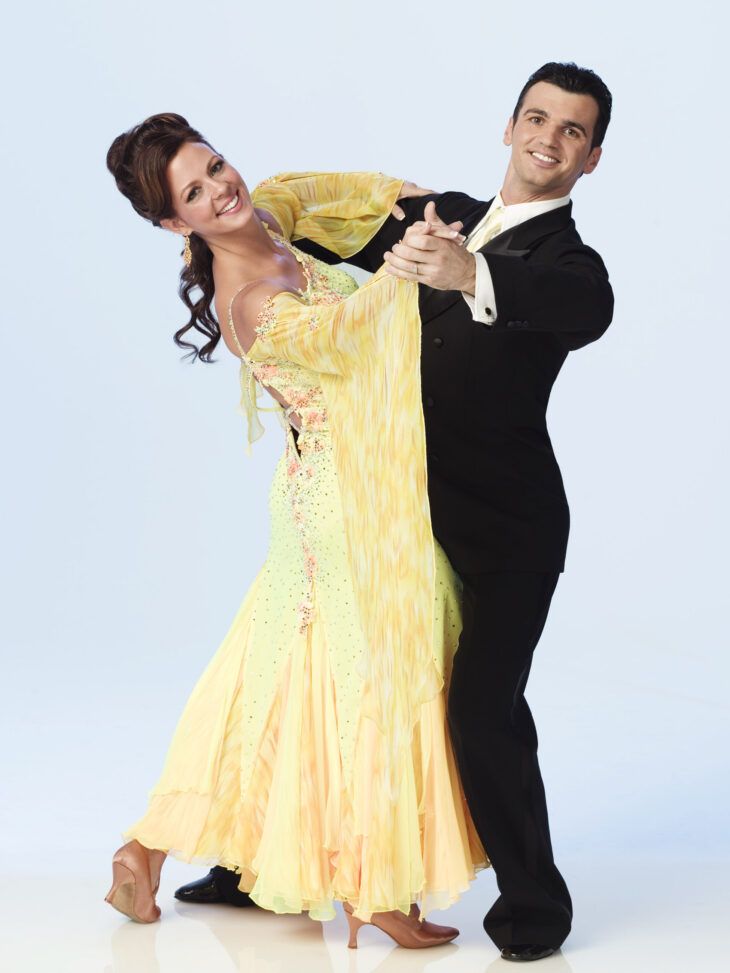 Three time Olympic gold medalist, Misty May-Treanor signed up to compete on Dancing with the Stars in 2008 for season seven, not long after she won a gold medal in the Beijing Olympics. She surprised fans on week three when she walked onto the stage with a cast on her left leg and delivered the upsetting news that she would have to withdraw from the competition. May-Treanor ruptured her achilles tendon during a dance practice, “I heard a pop. I was doing the Lindy Hop. I thought I flew out of control and hit the judges’ stairs, or it felt like I got hit in the back with a baseball bat. Then, I just couldn’t put weight on it,” she said. The volleyball star underwent surgery and the injury was eventually fixed. 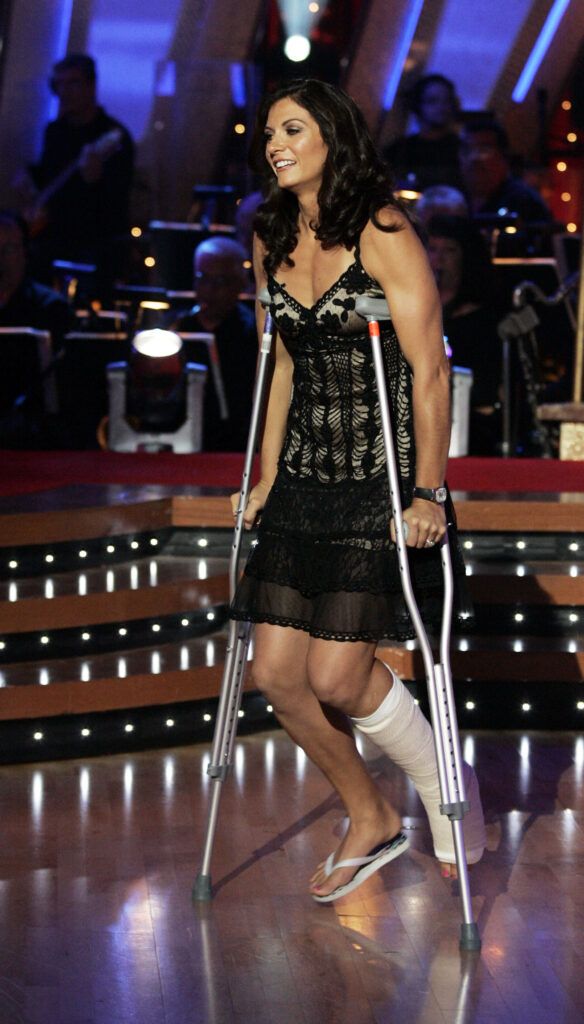 As an Olympic figure skater who is used to performing under pressure, Dorothy Hamill was more than ready for her stint on Dancing with the Stars in season 16. Sadly, she didn’t last very long. Viewers only got to see Hamill perform twice before she dropped out due to a severe back injury. She made the announcement on air and was visibly upset as she told the audience she had nerve damage that could be “irreplaceable” and was withdrawing from the show on the advice of her spine surgeon. Instead of eliminating the couple with the lowest score, Hamill and her partner, Tristan MacManus withdrew on their own accord. 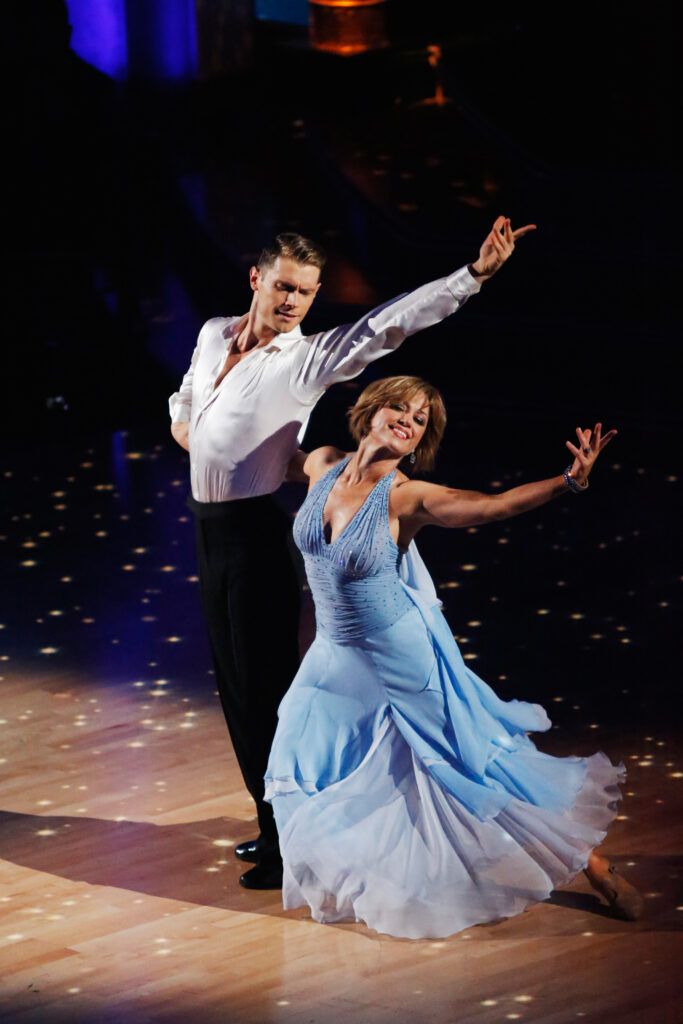 Romeo Miller Jr., better known as Romeo, was set to join the cast of Dancing with the Stars in season two. Unfortunately, the rapper suffered an injury before the show even started! His father, Master P stepped in to fill his spot in the casting, and Romeo returned in season 12 and was partnered with Chelsie Hightower. 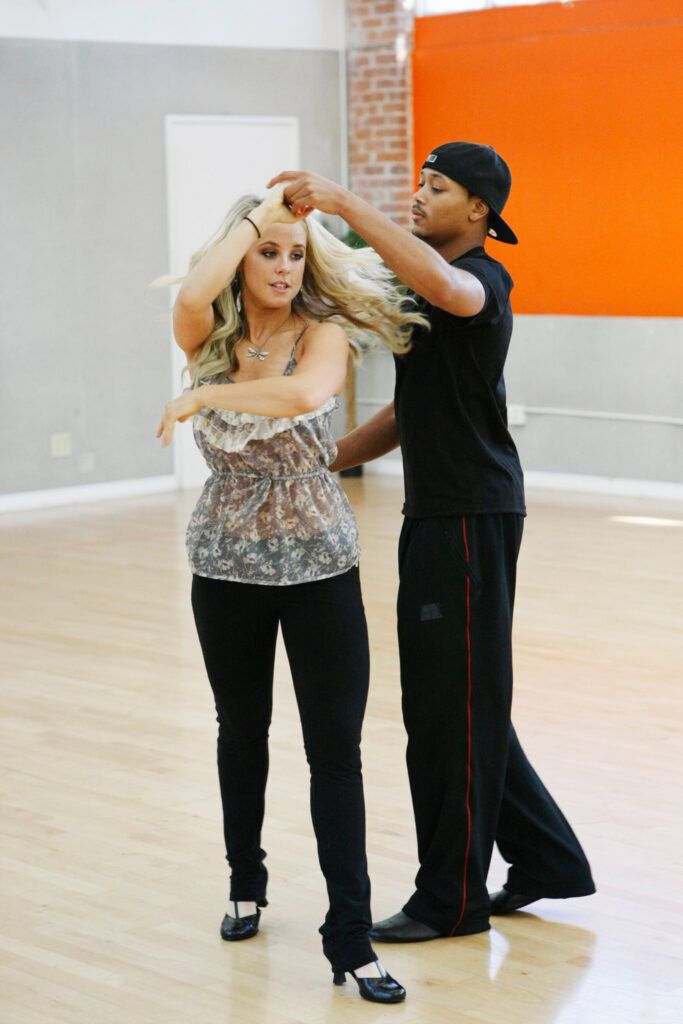 Best known for his role as Lando Calrissian in the Star Wars franchise, Billy Dee Williams signed up for the competitive dance reality show back in 2014 for season 18. He was paired up with Emma Slater, but unfortunately had to withdraw from the competition in the third week due to his chronic back pain. 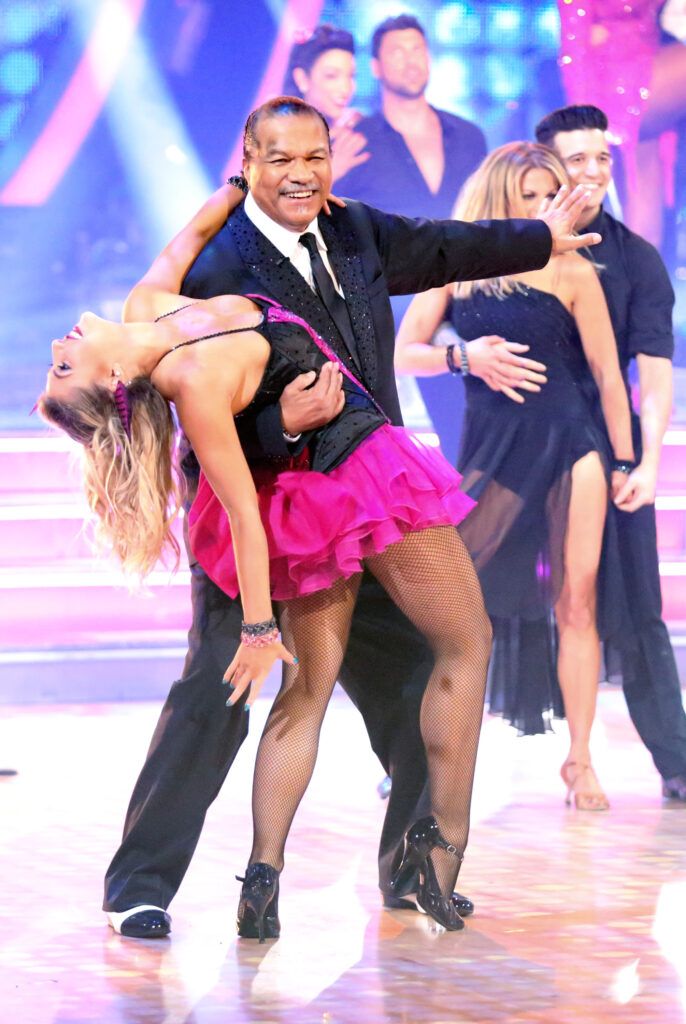 Former Republican House Majority Leader, Tom Delay signed up to participate on Dancing with the Stars in season nine, but he suffered a stress fracture in his foot in the weeks leading up to the shows premiere. He managed to still compete, but then suffered another stress fracture in his other foot and was forced to leave the show on advice of doctors and the show’s producers. He did perform one last time with his partner, Cheryl Burke, and was scored well by the judges but withdrew after the third week. 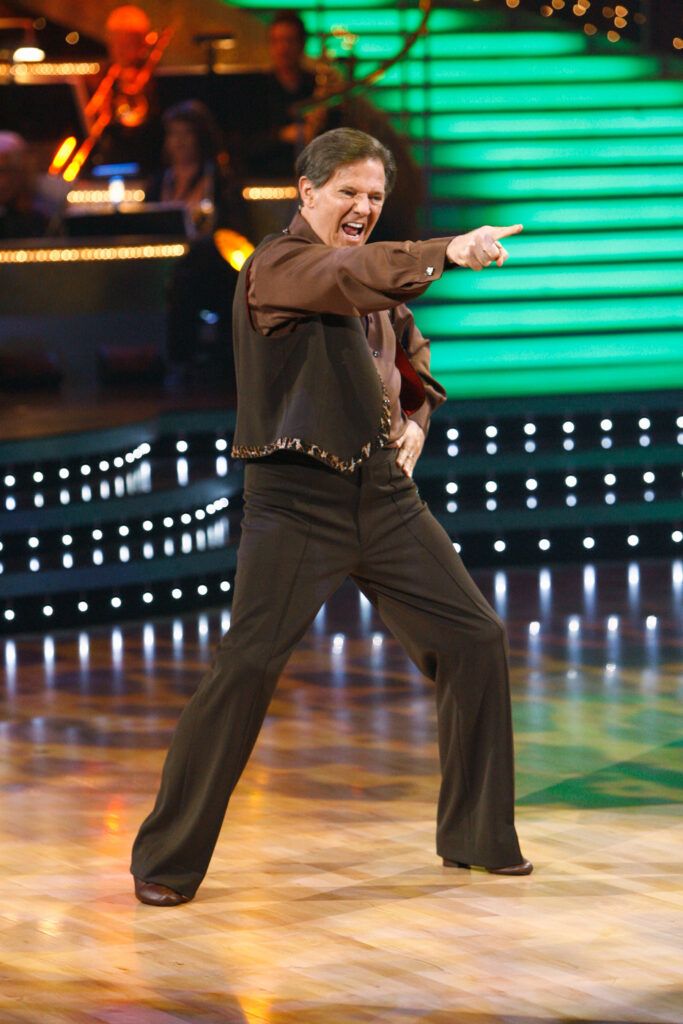 The “Kiss Me” singer was all signed up and ready to go for Dancing with the Stars in 2009 for season eight until she started experiencing severe pain in her knees from tendonitis during rehearsals. At first she vowed to stay in the competition and work through it, but right before the season was about to premiere it was announced that Jewel was not suffering from tendonitis, but rather a fractured tibia in both legs. “When the doctors told me my injuries were so severe that I couldn’t walk, let alone compete, I was devastated that I couldn’t continue the show,” she said. Jewel was replaced with Girl Next Door star, Holly Madison. 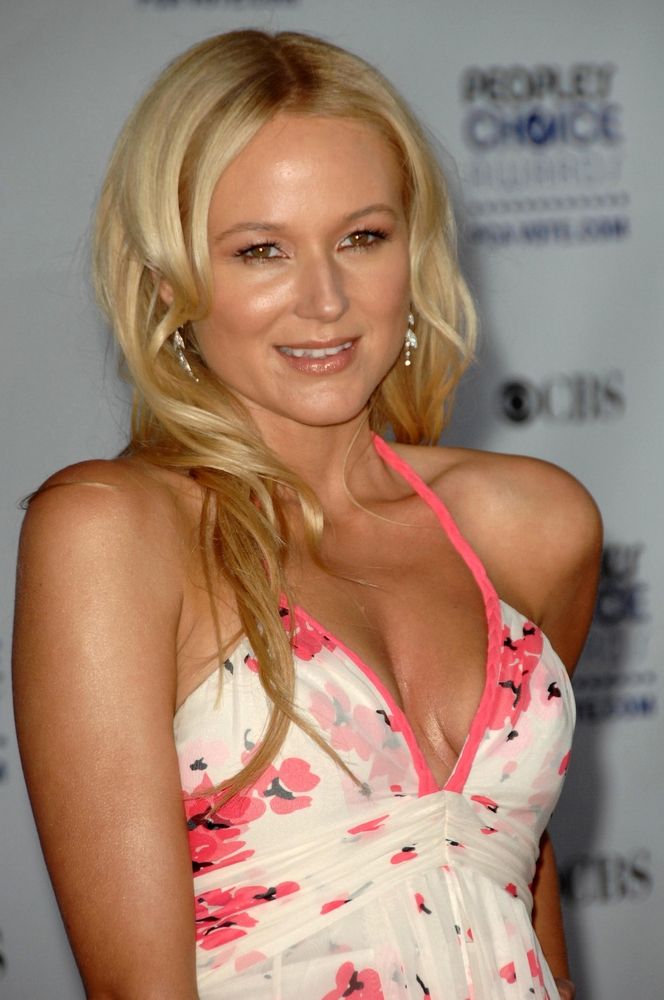 Peta Murgatroyd is the only one on this list who isn’t a contestant! This Dancing with the Stars pro injured herself during season 21 when she tore ligaments in her ankle during a rehearsal with her partner, Andy Grammer. This is proof that even professionals injure themselves too! Luckily, Grammer was still able to move on in the competition as he was paired with a new pro, Allison Holker. Murgatroyd made a full recovery and is set to appear in the upcoming season 24! 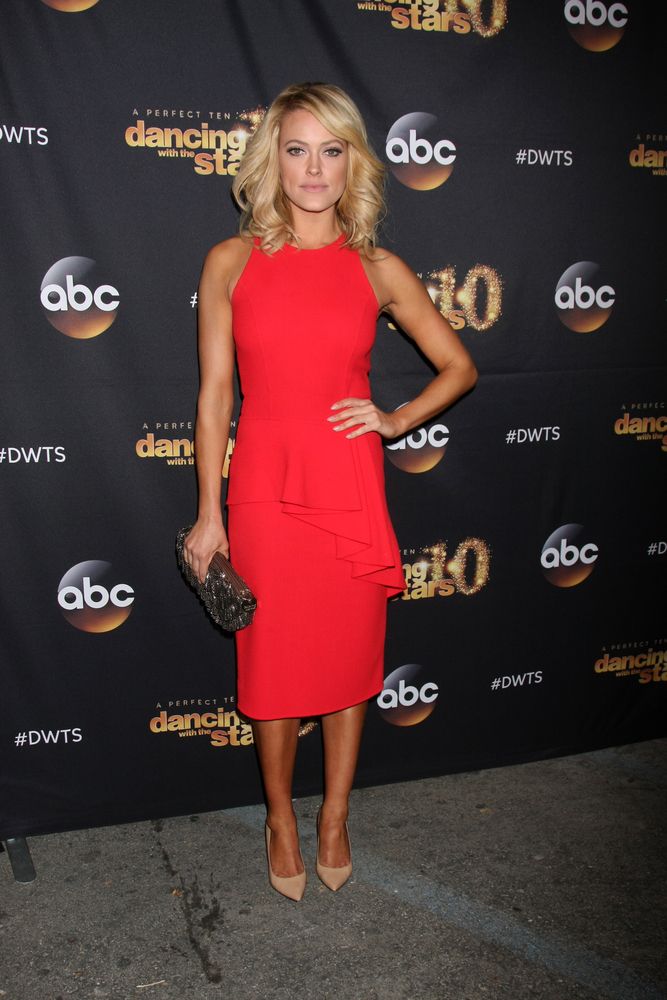