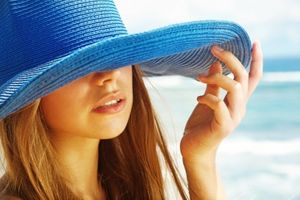 Getting a daily dose of vitamin B could stave off skin cancer, a new study from Australia suggests.

The study, which was carried out by researchers at the Dermatology University of Sydney, involved just under 400 participants. Those involved had contracted at least two skin cancers over the five years preceding the study.

In the end, the study showed that those taking vitamin B not only reduced the rate of skin cancer, but appeared to cut the rate of pre-cancers, including scaly patches of skin known as actinic keatoses, by 11-percent over a three-month period. When the period was bumped up to nine months, the rate was cut by 20-percent.

Importantly, the researchers found that when people stopped taking vitamin B they had results similar to those who took the dummy pill. In other words, it appears one must take vitamin B consistently in order to see the benefits. “The benefit wears off fairly quickly,” notes Dr. Diona Damian, the study’s lead author. “You need to continue taking the tablets for them to continue to be effective.”

Although the study’s results are impressive, Damian doesn’t want people to see this as a fool-proof way to avoid skin cancer. “We must always remember the basics of sun-sensible behaviours,” including avoiding too much exposure to the sun and using sunscreen.”