Visiting the Chiropractor Could Increase Your Risk of Suffering a Stroke, Study Finds 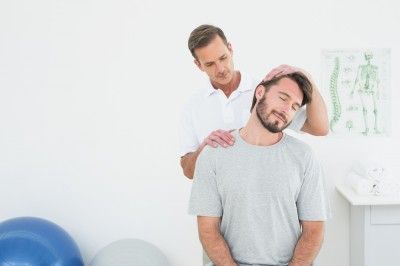 A new report from the American Heart Association (AHA) suggests that visiting the chiropractor could increase your risk of suffering a stroke.

The report is based on the work of a research group appointed by the AHA Stroke Council’s Scientific and Manuscript Oversight Committees. The research group found that the jarring thrusts and rotations used by chiropractors to treat muscle and joint pain can cause small tears in the artery walls within the neck. This can result in a condition called cervical artery dissection, which can lead to a stroke if a blood clot forms at the site, breaks free, and then makes its way into the brain.

According to neurologist Dr. Jose Biller, this kind of a tear “occurs with a sudden movement that can hyperextend or rotate the neck, such as one you may see with whiplash or sporting events, or even violent coughing or vomiting.”

Biller, who is chair of neurology at Loyola University Chicago’s Stritch School of Medicine, added that “the techniques for cervical manipulation, even though they vary among health professionals, include a rotation of the neck and sometimes a forceful thrust.”

The AHA report, which was released on Thursday, says artery wall injuries account for a substantial percentage of stroke cases (anywhere between 8 and 25 per cent) for people under 45 years of age.

It’s important to note that medical experts can’t say that chiropractors should be blamed for causing strokes. But Biller says it’s important people know the risks. “We strongly believe that patients should be informed of this association before undergoing neck manipulation,” he said.