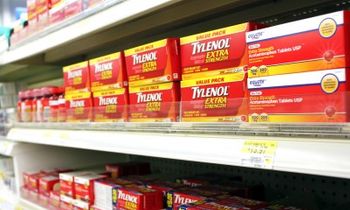 If you tend to get headaches or sore joints, there’s a good chance you’re a regular user of the pain reliever acetaminophen, or Tylenol. But a new report shows that taking Tylenol could actually dull your emotions.

The report, which was recently published in the journal Psychological Science, shows that taking acetaminophen on a regular basis can soften a person’s emotions–in both good and bad ways. In essence, the drug could dampen positive emotions and prevent people from feeling especially depressed or upset.
The researchers behind the report based their findings on two studies. In one of those studies, 82 people were given pills, with half receiving Tylenol, the other half a placebo. The researchers then showed participants photos designed to elicit various emotions. They found that the people taking Tylenol had less dramatic reactions to those photographs than the people on placebo.
A second study featured a similar number of participants and the same photos, but the researchers’ approach was more direct–they simply asked how people felt when they saw the photographs. Again, the people on placebo showed more distinct emotion when answering questions.
Dr. Holly Phillips says the study, while preliminary, confirms previous suspicions about Tylenol’s impact on our emotional state. “What I found fascinating about this study is we’ve known for a while that in addition to relieving pain, Tylenol also may blunt our negative emotions, or our emotional pain,” Phillips said.
“This study took it a step further and said that in addition to affecting negative emotions it may also affect positive feelings as well.”