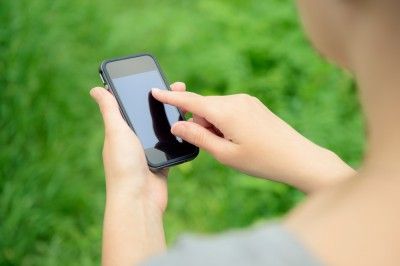 Everyone has a friend or family member that, for the life of them, just can’t seem to put that smartphone away. It can be intensely frustrating at important social events, but according to a new study it may actually be a sign that someone is dealing with depression.

The study, which was led by David Mohr of Chicago’s Northwestern University, was very small, involving just 28 adults. Participants were asked to fill out a questionnaire typically used to diagnose depression. At the same time, they had software installed on their smartphones that allowed researchers to see how much each phone was used.

Mohr says using a smartphone can become a coping mechanism for people dealing with mental health issues. “People are likely, when on their phones, to avoid thinking about things that are troubling, painful feelings or difficult relationships,” Mohr said. “It’s an avoidance behaviour we see in depression.”

Mohr went on to note that excessive use of a smartphone can be seen as compulsive behaviour, a typical trait among depressed people.

The study, which was recently published in the Journal of Medical Internet Research, also revealed that people who spent more time at home were more likely to be diagnosed with depression. Mohr says this “reflects the loss of motivation seen in depression.”