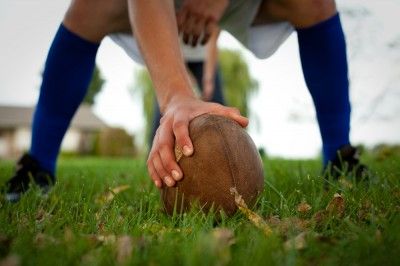 For some time there have been suspicions that professional athletes are more prone to ALS. Most of the research involving this topic has been done across the Atlantic in Europe; for example, several Italian studies have shown that soccer players were six times more likely to be diagnosed with ALS. Furthermore, those studies showed that soccer players were often diagnosed in their 30s, while others received a diagnosis in their 60s.

Other studies in Europe have shown that one need not play sports professionally to put themselves at risk of being diagnosed with ALS. In recent years researchers have discovered weak though measurable links between frequent physical activity and contracting the disease.

The most recent of these studies, which was published in Annals of Neurology earlier this summer, involved more than 650 ALS patients from all parts of Europe. Those participants were asked to share information about their personal and professional lives. Researchers also interviewed more than 1,100 people who had not been diagnosed with ALS.

The results showed that physical activity in any form — be it in sports or a physicaly-demanding job — did not increase people’s risk of developing ALS. Reassuring news, no doubt, for those who enjoy getting exercise.

But there was one part of physical activity that researchers could tie to ALS: contact to the head. In fact, those men and women who reported sustaining two or more concussions during their lives were far more likely to develop ALS than people who had never been concussed.

Still, due to lack of funding it’s hard to draw direct parallels between concussions and ALS. Researchers hope renewed interest in ALS, spurred on by the “ice bucket challenge”, will help change this.