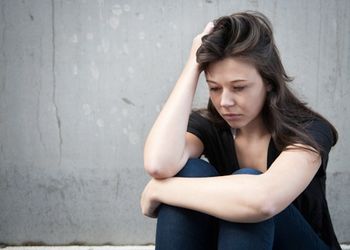 A group of American medical experts believes primary care doctors should screen all of their patients for depression.

The proposal was made by the U.S. Preventive Services Task Force, a government-supported panel of medical experts.

The goal is to discover and treat mental illness before it becomes a major problem. According to the group, about seven per cent of the U.S. population met the criteria for depressive disorders between 2009 and 2012.

The group wants doctors to use a nine-question Patient Health Questionnaire to determine if patients are suffering from depression. “The majority of people are not depressed, but some people are–especially in the postpartum period,” notes Dr. Renée Binder, president of the American Psychiatric Association and associate dean of academic affairs at the School of Medicine at the University of California, San Francisco. “It’s very important to identify that something is going on and get effective treatment.”

Possible treatments for depression include psychotherapy and antidepressant medication.

The group appears most concerned about women, and especially mothers. “There is good data showing now that if a woman is depressed and you can treat her that you will have a big effect on her children,” said Myrna Weissman of Columbia Psychiatry and the New York State Psychiatric Institute in New York City.

In essence, the group wants to see depression screening become “routine,” meaning it’s screened for in the same way as hypertension or diabetes.

“We believe all clinical practices should be able to put those systems in place,” said Dr. Kirsten Bibbins-Domingo, the group’s co-vice chair. “This is a recommendation to screen all adults in the primary care setting, including pregnant and postpartum women.”