Ontario Bans Tanning Beds for People 18 and Under 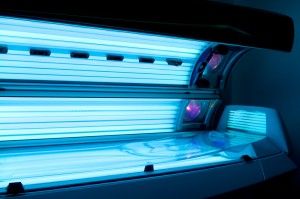 Residents of Ontario who are younger than 18 years of age can say goodbye to tanning salons. Ontario’s Premier Dalton McGuinty announced Friday that the province will prohibit anyone under 18 years old to use tanning beds in salons.

He explains, “There’s a strong consensus among the scientific community, people who work on the front lines, that we need to do something about young people who are getting access to tanning beds.”

McGuinty says the province needs to act on the alarming scientific evidence that classifies tanning beds as one of the primary contributors to cancer.

“The Canadian Cancer Society tells us young people who use tanning beds are 75 per cent more likely to be diagnosed with melanoma than non users,” he said.

“The World Health Organization has classified tanning beds in its highest cancer-risk category, which puts it in the same category as asbestos and tobacco.”

The Joint Canadian Tanning Association, an organization which represents the indoor tanning industry says they hope to convince the government to compromise on voluntary guidelines like parental consent instead of an outright ban.

France, Germany and Australia have all banned young individuals from using tanning beds as well.

Do you think it’s appropriate for the government to decide whether you or your children should be able to tan in a tanning salon?

Source: The Globe and Mail