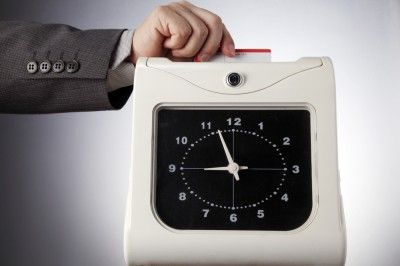 Jobs that run from nine in the morning to five in the afternoon are often derided as dull and unchallenging. But a new study suggests they may be the healthiest of all work shifts.

The study, which was carried out by researchers at the University of Wisconsin School of Medicine and Public Health, involved a careful examination of data associated with just under 1,600 participants. The data, which included body mass index information, were collected between 2008 and 2012.

The study showed that people who work nine to five each day are less likely to be overweight, experience sleep issues (like insomnia), or feel tired while awake.

In contrast, people who worked night or afternoon shifts were far more likely to be overweight or obese, suffer serious sleep problems, and feel exhausted while awake.

The link between working non-traditional hours (in other words, anything that’s from nine to five or close to it) and sleep is concerning. The study showed that shift workers who were not able to get enough sleep (about seven hours each day) were far more likely to encounter metabolic disorders.

Marjory Givens, the study’s lead researcher and an associate scientist at the University of Wisconsin School of Medicine and Public Health, says she hopes the study will draw more attention to the health costs of shift work.

“This study adds to a growing body of literature calling attention to the metabolic-health burden, commonly experienced by shift-workers, and suggests that obtaining sufficient sleep could lessen this burden,” Givens said.