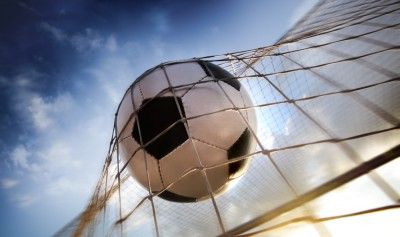 Soon, soccer may look very different on pitches across the United States. That’s because a prominent new study has recommended banning “headers,” where players connect with the ball using their head rather than their foot.

The study, which was carried out by a collection of physicians from Denver, Colorado, was based on an analysis of data collected over a 10-year period. It focused on concussions sustained during soccer games, with a special focus on headers.

The report found that about 30-percent of all concussions sustained in youth soccer (or nearly one in three) could be prevented by banning headers altogether.

But the report actually goes much further than simply recommending the banning of headers. It adds that even more concussions could be prevented if there was more effort to prevent all types of player-to-player contact.

Dawn Comstock, an epidemiologist at the Colorado School of Public Health, argues that banning headers isn’t enough. “A lot of people felt, if we could get a ban on heading, we could keep some people safe,” Comstock said. “My question was, is there any evidence out there that supports that?”

Comstock acknowledges that these changes won’t come easy. “It’s like me walking into a football rules meeting and saying, ‘I can make your game much, much safer. Just get rid of tackling,’” she said.

Then there’s the issue of determining a safe point to allow headers. “I don’t see how banning heading for a 12-year-old makes a 15-year-old any safer,” the report acknowledged.