Most People with Mental Health Issues Out of Work, Study Finds 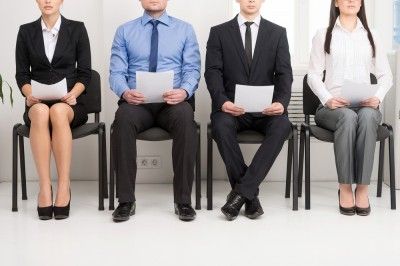 A new report shows that it can be extremely difficult for people with serious mental illnesses to get a job. In fact, the report — which comes from the National Alliance on Mental Illness — says that just 17.8 percent of all people receiving mental health support were employed in 2012.

In other words, about four in every five people suffering from a mental illness are out of work. That’s up roughly 5 percent since 2003.

“We knew that mental health services really took it on the chin during the recession,” Diehl said. “Employment rates had already been dismal to begin with, and when the supports were eroded, people with mental illness lost support and lost jobs.”

Of course, unemployment rates for people with mental health issues varied widely by state. For example, while just 7.4 percent of people receiving mental health support were able to find jobs in Maine, the number was actually much higher (44 per cent) in Wyoming.

The report also notes that the majority of adults with mental illness want to work and that roughly 60 percent are totally capable of doing so — with the right kind of support from an employer. However, only about one in fifty employers were willing to offer that kind of support.

But Diehl says she’s hopeful for the future in spite of the grim numbers. “Things are coming together right now to really make this a turning point,” noted Diehl, who pointed to a rebounding U.S. economy and new insurance options for mental health patients under the Affordable Care Act.