Most Hockey Helmets Fail to Protect Against Injury, Report Says 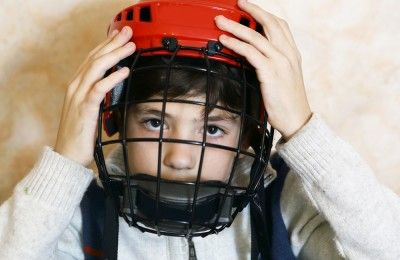 Parents with kids in minor hockey like to think that the equipment they’ve purchased, particularly helmets, will prevent catastrophic injuries. But a new report shows that many helmets fail to adequately reduce the risk of head injuries.

The report, which was recently completed by researchers at Virginia Tech’s biomedical engineering and mechanics department, involved the testing of more than thirty different hockey helmets. The finding: only a single helmet, the Warrior Krown 360 (which retails for about $80 USD), earned a “good” rating, or three out of five stars. In fact, researchers found that the vast majority of the tested helmets failed to achieve an “adequate” rating, which is two out of five stars. Importantly, the researchers found that cost often had nothing to do with a helmet’s rating, as the top-rated helmet retails for far less money than many one- and two-star helmets.

Stefan Duma, the head of Virginia Tech’s department of biomedical engineering, says there really isn’t an excuse for these results. He says it’s time for companies manufacturing hockey helmets to borrow designs and expertise from other areas. For example, Duma suggests exploring the football world, where helmets “are a little bigger,” “have a larger offset,” and “a different style of padding.” “We’re going to be interested to see the consumer acceptance of that, but it is very much possible,” Duma added.

Blaine Hoshizaki, who represents many ice hockey equipment firms by serving as chair of the Ottawa, Ontario-based International Standard Committee, challenged the Virginia Tech report. He says the university’s tests didn’t replicate the kind of impact seen in a typical hockey game.

For its part, Hockey Canada says it will review the report and explore new research regarding the safety of hockey helmets.