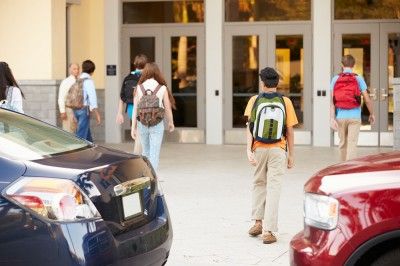 A new report insists that Americans schools are starting classes too early, leaving students overly tired and unprepared to learn.

The report, which was recently published by the Centers for Disease Control and Prevention (CDC), was produced by the American Academy of Pediatrics. The latter organization recommends that all schools start after 8:30 in the morning, thereby increasing the chance that students will get at least eight hours’ sleep.

The desire to increase student sleep times is the result of several studies which show that most children, including teens, need between 8.5- and 9.5-hours of sleep every night. That same study shows that, due to natural sleep rhythms, many kids struggle to fall asleep before 11 in the evening.

The CDC’s 2013 Youth Risk Behavior Surveillance study showed that two in every three teens said they failed to get 8-hours of sleep each night.

The costs of sleep deprivation are remarkable. Not only does it reduce concentration, it increases one’s chance of being overweight and depressed. Overall, kids who don’t get enough sleep are more likely to struggle with their weight and mental health problems and are more likely to experiment with tobacco, alcohol, and illegal drugs.

That has led the CDC to call sleep deprivation among American teens a “substantial public health concern.”

“Getting enough sleep is important for students’ health, safety, and academic performance,” noted the CDC’s Anne Wheaton, an epidemiologist. “Early school start times, however, are preventing many adolescents from getting the sleep they need.”

Most states currently start class around eight in the morning, though some, like Louisiana, start as early as 7:40 a.m.