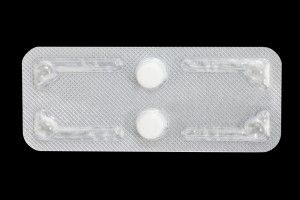 A report published by the Centers for Disease Control and Prevention shows that even though more American women are taking the morning-after pill, it is not replacing conventional birth control methods for the majority of women.

With approximately 11 percent of sexually active women (about 5.8 million) admitting to taking the pill between 2006 and 2010, compared to only 4-percent in 2002—most who took it, only took in the one time for emergency contraception purposes. In fact, 59-percent of women took the morning after pill just once compared to 24-percent who admitted using it twice, leaving a mere 17-percent who disclosed taking the pill more than three times.

How the emergency contraceptive is used is also largely dependent on race and educational background, with:

This type of emergency contraception has been available by prescription in the United States since 1999. One commonly used brand of morning-after pill, Plan B, works a lot like a birth control pill, ceasing pregnancy by blocking the release of a woman’s egg and preventing implantation of the egg within the uterus. However, with Plan B to work, it must be taken in the days following intercourse.

Currently, the U.S. Food and Drug Administration grants the sale of Plan B to females 17-years of age and up. However, many conservative groups are pushing for age restrictions because they believe it encourages promiscuity and sexual assault.

Amy Allina of the National Women’s Health Network says it’s not necessary and the CDC’s findings prove that “morning-after pills are not replacing conventional birth control methods for most women…women less likely to have access to healthcare are more likely to say ‘I didn’t use another method, and I turned to emergency contraception to protect myself.'”