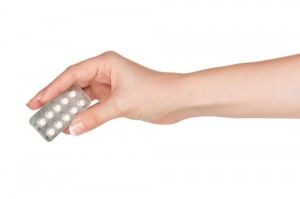 Health Canada announced this week that is has started a review of the oral contraceptive, Diane-35, after France’s decision to ban the medication. The decision to ban the birth control pill in France was made after the deaths of four women, which were believed to be caused by the drug.

Each of the four women died of blood clots linked to their use of Diane-35, CTV News reports. The drug, used primarily to control acne, is also widely used as an oral contraceptive.

France’s National Agency for the Safety of Drugs and Health Products announced this week that the controversial drug would be withdrawn from sale in the next three months. Doctors are no longer allowed to prescribe the medication, effective immediately. The medication, manufactured by Bayer, was previously licensed in 135 countries across the globe.

In Canada, this particular drug is only officially sold for the treatment of severe acne but is sometimes prescribed “off-label” as birth control.

Most oral contraceptives list bloot clots as a potential side effect of the medication. Individuals who smoke,  are overweight or have a family history of blood clots should take extra caution when taking any oral contraceptive.

Symptoms of a blood clot include persistent leg swelling, leg pain or tenderness, chest pain, or sudden shortness of breath or difficulty breathing. Anyone experiencing these symptoms should seek medical attention immediately.