Get Ready For the Male Birth Control Pill? 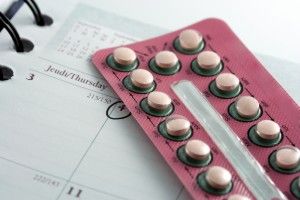 According to a new study, a male birth control pill could soon be a reality.

A research team learned that a chemical called JQ1 is very effective at blocking sperm and inhibiting its movement. Free-swimming sperm are necessary components in the fertility process, and the effects of JQ1 essentially render sperm impotent.

Unlike the chemicals used in female birth control pills, which alter hormone levels, JQ1 has no effect on testosterone or any other male hormones and is essentially free of side effects. Sperm production and fertility return to normal once the drug is discontinued, according to researchers. Initially used in cancer drugs, JQ1 was found to have major potential as a male fertility control treatment.

Studies suggest that up to 70 percent of men would take their own birth control pill, if one were available. No timeline for a release of JQ1 male fertility control drugs to the consumer market was given.