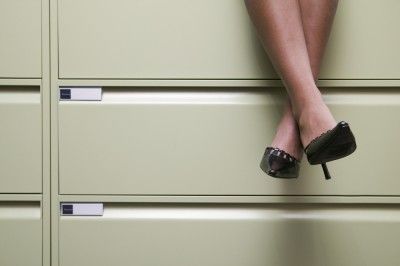 Does wearing high heels actually give women power over men? A new study from France suggests the answer may be ‘yes’.

Scientists from the Universite de Bretagne-Sud recently carried out experiments which revealed that men did, in fact, behave differently when interacting with women wearing high-heeled shoes. The women participating in the study were all nineteen years old. They were asked to interact with men aged 25 to 50.

In one experiment, the study–which was has now been published by the journal Archives of Sexual Behaviour–showed that men were approximately 50 per cent more likely to offer assistance to a high-heeled woman who had dropped her glove in the street.

Another experiment revealed that men were about twice as likely to stop and respond to survey questions if the woman asking those questions was wearing high heels. Remarkably, women wearing the highest heels had an 83 percent success rate.

Jean-Claude Kaufmann, a Paris-based sociologist who did not help with the study, says the power of high heels has a lot to do with confidence. “In a relation of seduction, men are very attracted by a woman in heels as she looks taller, more sexually confident, sure of herself, with a lengthened silhouette and sensual jutting buttocks,” Kaufmann said.