Fitbit Debuts with Success at the New York Stock Exchange 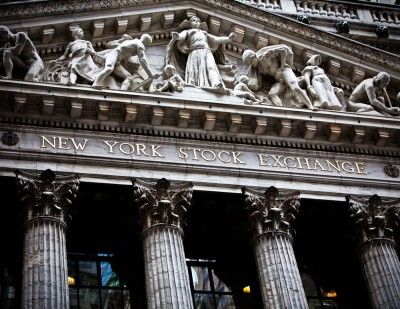 Talk about a fitness-motivated market debut!

This morning, stocks for the San Francisco-based Fitbit Incorporated soared shortly after opening at $30.40—that’s 52-percent higher than the initial public offering price of $20 per share! Fitbit’s fitness-tracking device shares are poised to sell under “FIT” via the New York Stock Exchange. As of earlier this afternoon Fitbit stocks were trading at $30.03.

Fitbit, the maker of fitness tracking devices, which track data such as calories burned, sleep duration, and steps taken, encompasses roughly 68-percent of the market share for exercise trackers in the U.S. According to NDP Group, Fitbit’s major competitors include Apple Inc. (with the Apple Watch), Jawbone, and Garmin.

This impressive increase resulted after Fitbit priced its IPO higher than expectations. Despite a lukewarm response to U.S. IPOs so far this year, Fitbit appears poised to lead a consumer trend with health and fitness at top of mind.

According to Dealogic, a New York-based  international financial software company, Fitbit’s debut marks the third largest U.S. IPO so far in 2015, which goes against the first-day trading expectations of most newly-listed IPOs.

Initially, Fitbit planned to sell 29.9-million shares when it first filled for its IPO. However, strong demand from analysts and fund managers saw the final pre-IPO regulatory filing shoot up to 34.5-million shares, at between $17 and $19.

International Data Corp. (IDC), a marketing research firm, acknowledges that Fitbit has spurred the wearable device industry by pricing band devices less than $100. However, IDC predicts a shift to smart wearbles in 2016, where devices can run third-party apps.

As of today, IDC speculates the shipping of wearable technology devices in 2015 will reach approximately 72.1-million—that’s double the 26.4-million wearbles shipped in 2014.