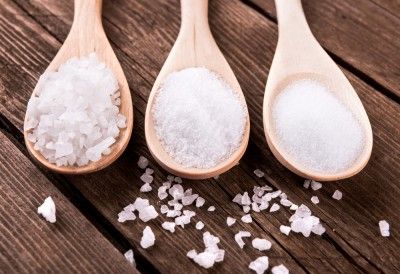 Generally speaking, it’s a bad idea to consume an excessive amount of salt. But a new study shows that consuming salt can actually help improve health by assisting in the fight against infections.

For years the American Heart Association has argued that salt raises blood pressure, thereby increasing the rate of cardiovascular disease. But that position is now being contested.

The aforementioned study, which was led by Jens Titze, a senior researcher at Vanderbilt University in Nashville, shows that sodium can help increase the activity of immune cells that consume microbes. How does this help? The presence of higher levels of sodium could fight certain types of infection, such as the foot infection known as Leishmania major.

Titze’s findings involved examining mice, but he believes the results are applicable to humans, too. Specifically, Titze says salt has been shown to build up in the skin of older adults, which may indicate that the mechanism seen in mice also applies to humans.

And the Vanderbilt researcher isn’t saying eating lots of salt is healthy, but he wants people to know that consuming sodium could have some benefits.

“That’s the game-changer here,” Titze said. “It’s a completely different science. The most important finding here is that tissues can accumulate massive amounts of sodium locally to boost immune response wherever needed. It’s a biological principle.”

Regardless, the issue of salt consumption is likely to remain a controversial topic. According to the 2010 Dietary Guidelines for Americans, people should not consume more than 2,300 milligrams of sodium each day. And yet, recent studies have shown that the average American consumes closer to 3,400 milligrams of salt on a daily basis.

Titze’s study can now be read in the journal Cell Metabolism.