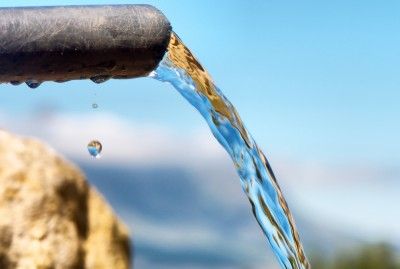 In recent weeks doctors from around the world have made their way to West Africa, where an outbreak of the deadly Ebola virus is wreaking havoc on the local population. However, those same physicians say they need help in the form of clean water, better sanitation, and medical supplies.

The Ebola virus is a severe and often fatal illness, with previous outbreaks having a fatality rate of up to 90 per cent. The virus is easily transmitted from wild animals to humans and then through human-to-human contact. Those people who become ill with Ebola require round-the-clock care in order to survive. At the moment, there is no specific treatment or vaccine for the virus.

According to Quebec doctor Marc Forget, who’s been on the ground in Guinea for seven weeks now, this most recent outbreak is “unprecedented”. As of last week, the number of Ebola cases reported in West Africa was over 1,200, with roughly half of those people succumbing to the disease. Three nations, including Guinea, Sierra Leone, and Liberia, have been most affected by the outbreak.

That’s why Dr. Anthony Fauci, director of the U.S. National Institute of Allergy and Infectious Diseases, says it’s time to free up more resources to help in the fight against the Ebola virus. Fauci, along with doctors on the ground (like Forget), insist it’s time Western countries send more clean drinking water, supplies, and additional medical staff to help fight the outbreak.

Part of the problem is that those medical professionals on the ground in West Africa must literally burn resources in order to help fight the disease. According to Forget, whenever a person tests positive for Ebola, “We burn … the mattresses, decontaminate the walls and everything with chlorine solution, so people can go back home safely.” It’s a relatively effective but costly strategy.

Forget, who has since returned to Canada, plans to return to Africa later this year. He hopes to see a greater commitment to fighting the Ebola virus when he returns.