Children On Antibiotics May Be More Susceptible to Illness Later in Life, Study Shows 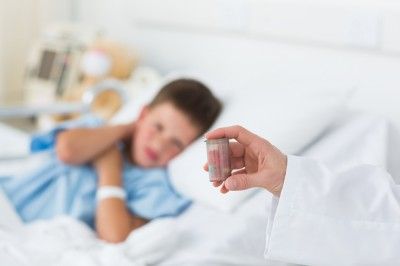 Researchers at the University of British Columbia have discovered evidence which suggests that people who take antibiotics at an early age may become more susceptible to certain diseases later in life.

The UBC study, which was supported by the Canadian Institutes of Health Research and recently published in the Journal of Allergy and Clinical Immunology, involved testing the impact of two antibiotics — vancomycin and streptomycin — on newborn mice. The researchers found that vancomycin had no effect on susceptibility to disease later in life, but testing suggested that streptomycin had a visibly negative impact on the immune system. Specifically, streptomycin increased the chances of developing hypersensitivity pneumonitis, an allergic disease that results in the inflammation of the lungs. It’s most common in people who work in places with high levels of dust and mold.

According to the UBC research team, the difference is based on how the two antibiotics affect bacteria in the gut. According to UBC researcher Kelly McNagny, it’s an important finding that could help doctors and parents protect children by boosting the right types of bacteria.

“Probiotics could be the next big trend in parenting because once you know which bacteria prevent disease, you can make sure that children get inoculated with those bacteria,” McNagny said.

Of course, the UBC researchers also hope their report shows parents the importance of carefully evaluating the differences between various types of antibiotics and the impact they have on a child’s short- and long-term health.