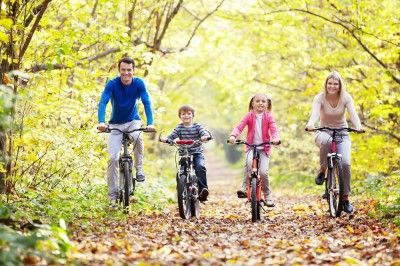 There’s good news and bad news in the fight against childhood obesity. The good news: obesity rates have leveled off in recent years. The bad news: they aren’t going down, and remain high since the turn of the 21st century.

In a new report called “Prevalence of obesity among children and adolescents in Canada and the United States,” the U.S. Centers for Disease Control and Prevention (CDC) said obesity in people aged three to 19 was 17.5 percent–or roughly one in six. In Canada, the rate is only a bit lower–13 per cent.

Step back to the 1970s and the childhood obesity rate was much lower–five percent in Canada and just 5.6 percent in the United States.

Clearly, there’s a problem, says Cynthia Ogden of the National Center for Health Statistics. “Both Canada and the United States have seen increases in childhood obesity from 1980 to the beginning of the 21st century, and then no recent changes in prevalence,” Ogden said.

There’s reason to be concerned, says Mark Tremblay, director of the Healthy Active Living and Obesity Research Program at Children’s Hospital in Eastern Ontario. Research has shown that children who struggle with obesity are more likely to be obese when they become adults, making them vulnerable to serious health conditions like diabetes, heart disease, and stroke.

“The cost is enormous in terms of physical, emotional, mental, social impact, which suggests to me more needs to be done,” Tremblay said.