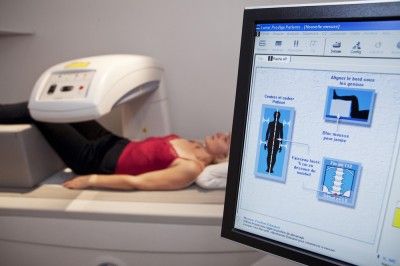 A new study shows that women who take anti-depressants during menopause may be at a higher risk of broken bones.

The study, which involved an analysis of data associated with roughly 370,000 American women (all of whom were going through menopause), examined the use of selective serotonin reuptake inhibitors, or SSRIs. The most popular of these anti-depressants is Prozac.

These drugs are often prescribed to help women and men deal with depression and anxiety, though they can also be prescribed to assist patients experiencing other conditions, including hot flashes, night sweats, and irritable bowel syndrome, all of which are associated with menopause.

Unfortunately, the new study, which was carried out by researchers at Northeastern University in Boston, revealed that taking SSRIs during menopause increased one’s chances of suffering broken bones by a staggering 76-percent after just one year. The rate declined as time went on (73-percent after 2-years and 67-percent after 5-years), but remains concerning.

It’s expected the finding will encourage physicians to try other methods for treating conditions, particularly non-psychiatric disorders, associated with menopause.

“SSRIs appear to increase fracture risk among middle-aged women without psychiatric disorders, an effect sustained over time, suggesting that shorter duration of treatment may decrease this,” the Northeastern researchers note in their report. “Future efforts should examine whether this association pertains at lower doses.”

Still, the researchers acknowledge that their study did not involve actual people, only statistics. For now it’s unclear why SSRIs increase the risk of broken bones, though experts speculate the drugs could change how bones grow by making them both thinner and weaker.