Eating Fish Linked to Lower Risk of Stroke, Not Supplements 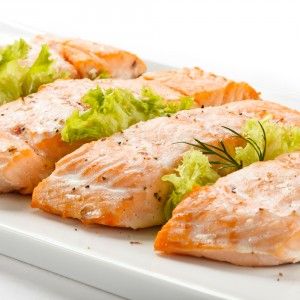 If you want to reduce your risk of stroke, experts suggest eating more fish. Eating oily fish at least two times a week can have a significant impact on your health, according to a new study, however, taking fish oil supplements will not produce the same benefits.

A team of researchers at Cambridge University reviewed and analyzed several studies involving over 800,000 people in 15 countries. The results showed that there is no link between taking Omega-3 supplements and reduced risk of stroke but there was a decreased risk in those who consumed actual fish on a regular basis.

The difference in the results between eating fish and simply taking Omega-3 supplements may lie in the other nutritional benefits of fish. For example, the researchers note that fish is high in vitamin D and B, which have both been linked to good vascular health.

Dr. Peter Coleman, Deputy Director of Research at the Stroke Association weighed in on the study, telling The Telegraph the following:

“From past research we know that eating plenty of fish is good for our general health. This research shows that it could also help to protect us against stroke. However, it’s interesting to see that taking fish oil supplements doesn’t have the same beneficial effect.

“People who eat lots of fish may have healthier diets in general which could go some way to explain the results. However a lot more research is needed in this area before we decide to eat fish every day of the week.

“Everyone can reduce their risk of stroke by exercising regularly, consuming a healthy, balanced diet and getting your blood pressure checked.”