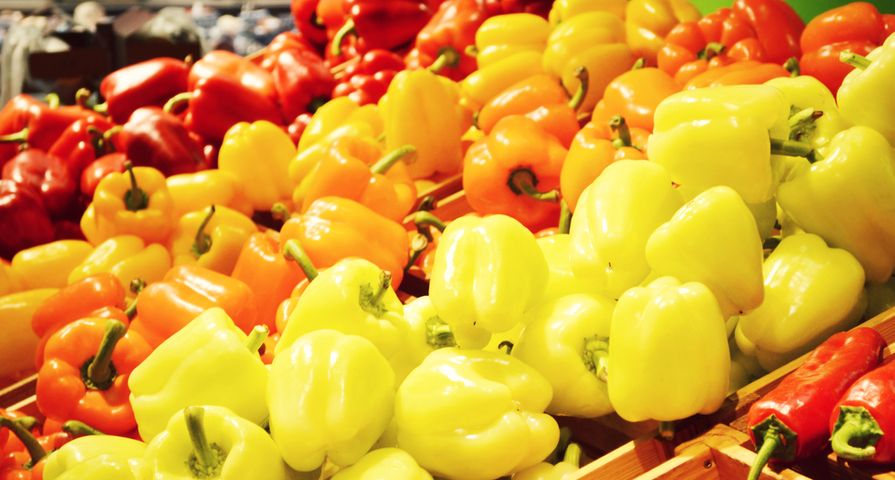 Each year, the Environmental Working Group (or EWG) treats us to their annual Shopper’s Guide. Perhaps of even more interesting to me (and I believe you might find it worth a boo, as well) is the “Dirty Dozen,” a shopper’s basket of the most pesticide-prone produce to hit American supermarkets.

The EWG collects this list based on pesticide-residue testing results from the U.S. Department of Agriculture and Food and Drug Administration (USDA). If you’re at all concerned with the health effects of pesticide exposure (i.e. cancer), but don’t always buy organic produce, feast your eyes (but maybe not your stomachs) on 2015’s Dirty Dozen…

A shocking 99-percent of apple samples taken in the U.S. Department of Agriculture and Food and Drug Administration pesticide residue testing showed positive results for at least one pesticide residue.  Unfortunately, the staple lunchbox fruit lands first on the Dirty Dozen list for the fifth year in a row.

According to the full EWG 2015 Shopper’s Guide to Pesticides in Produce report, even though an apple a day might keep the doctor away, apples still contain the highest levels of pesticides residue due to the chemicals. This is largely due to the fact that chemicals are sprayed on apple crops before and after harvesting, as a means of extending fruit preservation. 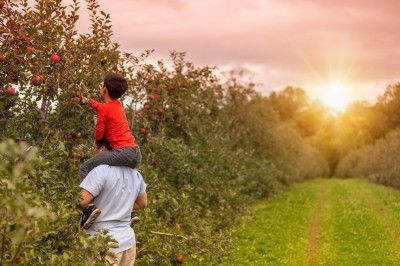 Non-organic peaches have long been pointed to as pesticide-harboring culprits. However, the EWG’s “Dirty Dozen” clocked the juicy, fleshy fruit second on the list due to the fact that 98-percent of the peaches testing contained traces of at least one pesticide.

If you’re on a budget, buying organic doesn’t always make fiscal sense. However, you can alternate peaches with another fleshy fruit, like avocado or pineapple, which took the first and third spots respectively on the EWG’s Clean Fifteen list, featuring fruits and vegetables with the lowest pesticide residues. 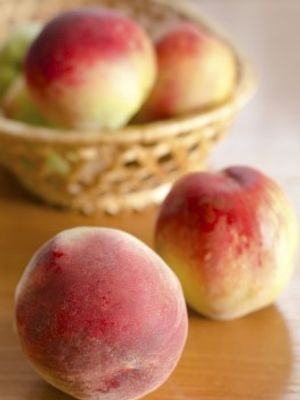 Like their fuzzier counterparts, non-organic nectarines are often blamed for hidden pesticide residues. Sadly, 97-percent of the sample nectarines used during U.S. Department of Agriculture and USDA testing showed positive results for at least a single pesticide.

If your tummy is hungry for a sweet, summer fruit—reach for mangoes rather than nectarines (unless you buy organic). This exotic and juicy stone fruit appears in eighth spot on EWG’s Clean Fifteen list. 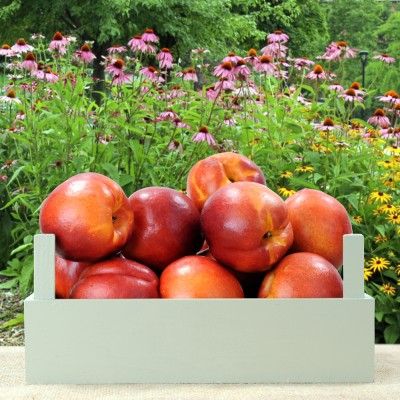 Fourth spot on the list of most pesticide-prone foods are strawberries. I was surprised to learn that this popular summer berry contained several different pesticides—in fact, during testing one strawberry sample was found to contain roughly 13 different types of pesticide residue.

Although no inspired-by-summer berries appeared on the EWG’s 2015 Clean Fifteen list, don’t give up completely on your appetite for natural summer sweetness. For instance, a few notable summer fruits – like mangoes, papayas, and cantaloupe – did take the eighth, ninth, and thirteenth spots. 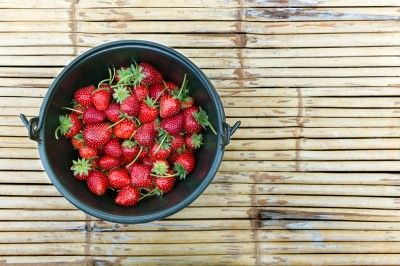 I used to mow down on a bag of grapes between the grocery store and reaching home. However, those were the grape days, or what I refer to as my time prior to reading about the multiples pesticides used to treat grapes. Mind you, I still love seedless green grapes. I just buy organic now.

I’m not surprised that one of my favorite snacks landed fifth on the EWG’s Dirty Dozen list. In fact, I’m a little taken aback that they didn’t rank higher.  This year’s results reported that a single testing grape sample was treated with approximately 15 different chemical pesticides. 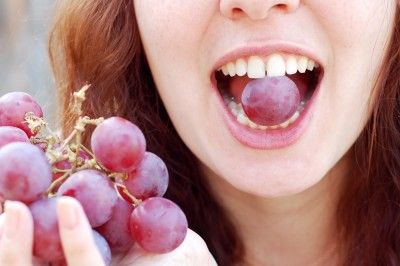 The first vegetable in the bushel of most-pesticide-laced foods is celery. Taking the sixth spot on this years Dirty Dozen list, the low calories delivery system for raw nut butters and cottage cheese is, sadly, the highest veggie source of pesticide residue.

This news may have many with weight-loss goals banishing celery from their diets if they can’t buy it organic. You can also substitute celery with a dipping veggie from the EWG’s Clean Fifteen, which reported the lowest concentration of pesticides—such as frozen sweet peas or asparagus spears. 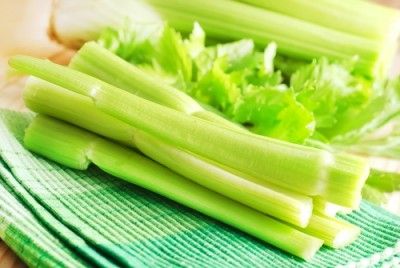 Making a salad? It might be worth opting for organic spinach—due to the veggie landing seventh on the 2015 Dirty Dozen list. While doctors and nutritionists are telling us to eat more leafy greens in spinach, kale, and collard greens, these high pesticide results shouldn’t stop you from getting what many health professionals consider powerhouse health foods.

According to Jill Nussinow, a Registered Dietician and author of The Veggie Queen, “[Leafy] greens are the number 1 health-improving foods…because they’re brimming with fiber, vitamins, minerals, and plant-based substances that guard against diabetes, heart disease, and cancer.” 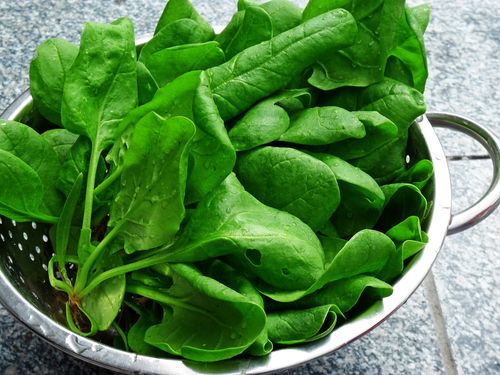 Red, yellow, green, and orange—no matter what the color, sweet bell peppers tested by the U.S. Department of Agriculture and USDA contained, a shocking 15 pesticides per one testing specimen.

While I throw green and red peppers in just about every pasta sauce, stir fry, and stew that I make, bell peppers were found to contain multiple carcinogens and pesticides—one that’s considered toxic to honeybees. For a tasty substitute to bell peppers, opt for cauliflower a popular sauce and stir-fry contribution on the Clean Fifteen list. 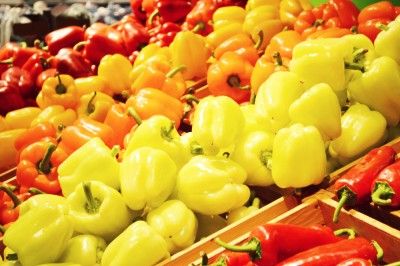 Conventionally grown cucumbers made their first appearance on the Dirty Dozen list in 2012, snagging the tenth spot. Sadly, they move to ninth this year. Research indicates that most of the pesticide residue in cucumbers is concentrated in the peel, which is why it’s important to buy them organically or to peel them before using.

Luckily, cucumbers are easy to grow organically yourself if you have the ground space in your back or front yard.  Also, you can opt for a salad of asparagus spears, mushrooms, and cabbage instead as all get props on the Clean Fifteen list. 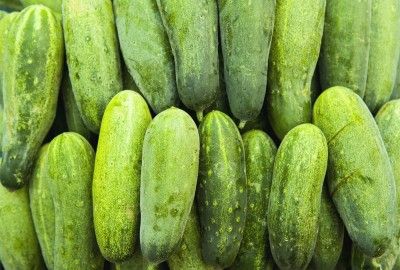 If you like to eat your conventionally grown cherry tomatoes right out of the carton—think again! Samples from the U.S. Department of Agriculture and USDA tests for chemical residues showed up to 13 pesticides per sample.

Research from the USDA reports that it’s common to spray tomato crops with up to 30 different pesticides on conventional farmed crops. Sadly, the thin skin of the tiny tomatoes absorbs many of these chemicals. 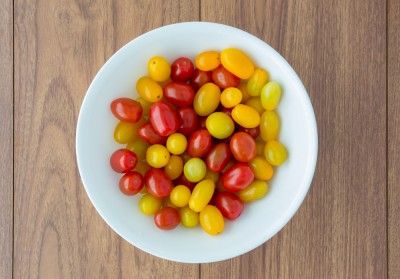 I attended a TED Talk years back that focused on imported produce. I was surprised to learn that the snow peas and sugar snap peas we enjoy in North America, particularly during colder months, are largely imported from Central American countries, like Guatemala, for more than a decade. 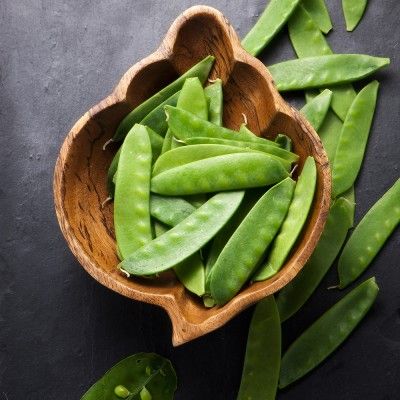 Pot-EH-to—pot-AH-to, right? Not so when it comes to banishing pesticide-ridden foods from your diet. Sadly, the American staple was found to contain more levels of pesticides by weight compared to any other form of produce.

The starchy vegetable is often sprayed with pesticides at an early stage—insecticides are often onto crops prior to seeds being planted. Potato crops are also sprayed with chemicals to prevent blight and fungus, which are absorbed by the entire young potato plant. Reach for sweet potatoes as a less-chemically laden alternative. 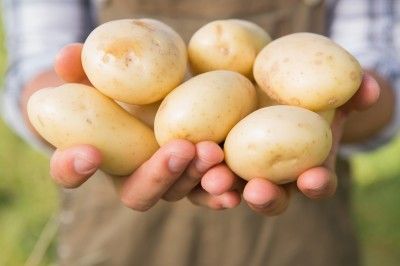