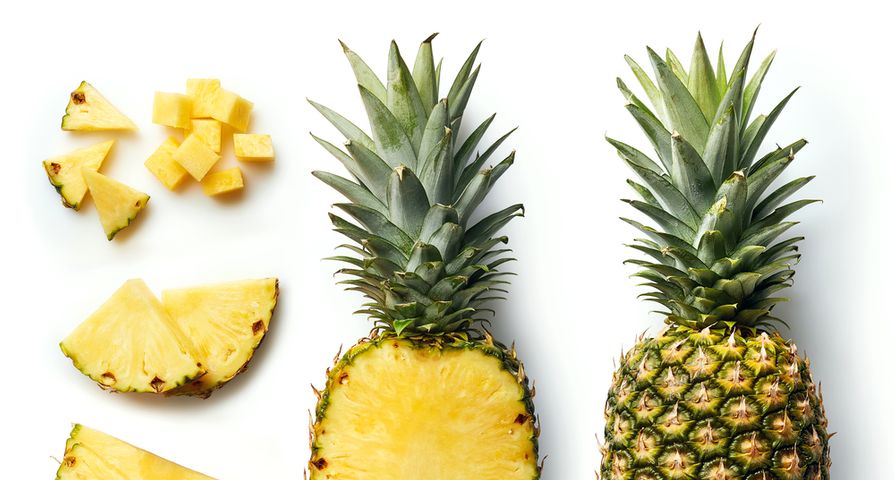 Pineapple: a fruit so flavorful, for centuries it’s been the centerpiece of a variety of popular foods. We love eating it in a fruit salad, on pizza, on a glazed honey ham, or all on its own. Like mango, watermelon, and the royal gala apple, its popularity can be traced to its sweetness and the gush of refreshing moisture that accompanies each bite.

But what, exactly, are the health benefits of making pineapple a significant part of your regular diet? Are there factors that set this particular fruit apart from other healthy food choices? Let’s take a look.

Low in Calories and Fat

When we get a craving for something sweet, our first impulse may be to reach for a processed food, like a candy bar or jug of ice cream. And while those choices certainly are delicious, they’re not exactly healthy. A better choice is a sweeter fruit, like pineapple, which provides well under a hundred calories and two grams of fat in a single 6-ounce serving.

For the record, that’s far less than your average candy bar or ice cream sundae. Additionally, because pineapple contains so much water, it’s more likely to provide you with a feeling of fullness, potentially curbing further food consumption and giving you a slight though not dismissible step up in your battle against the bulge. 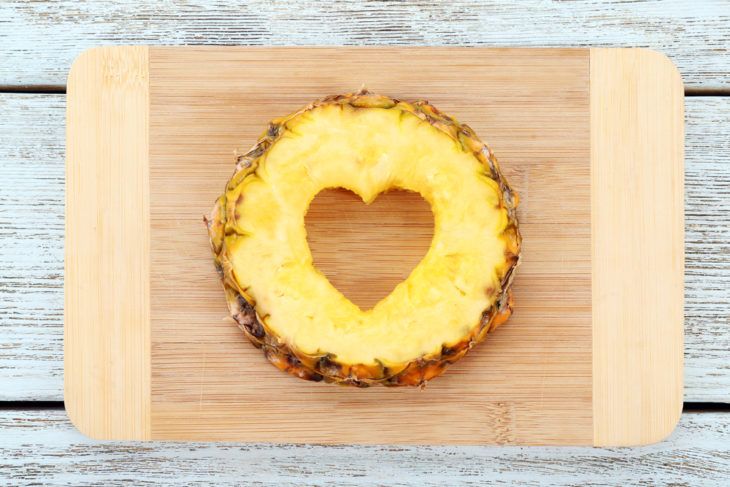 It would be an exaggeration to say that pineapple is packed with fiber, but there’s no denying that the nearly 3-grams of fiber in your average 6-ounce serving is worth considering. After all, most other sweet treats, like the processed kind found in most snack machines, won’t provide you with any fiber offering.

In case you’re unaware, fiber plays an important role in helping move food along within the human digestive system, meaning it can help keep you “regular” and feeling great. Fiber also helps maintain a feeling of fullness, helping curb less healthy indulgences. Overall, the fiber content in pineapple is moderate though hardly unimpressive and should represent another good reason to make it a part of your regular diet. 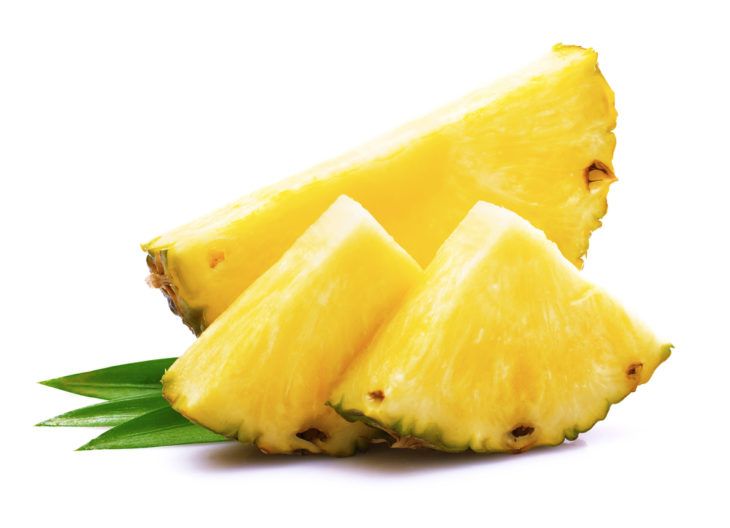 While pineapple may not contain much protein (there’s only about one gram per serving) or a lot of fiber (its roughly three grams is fairly modest, though not dismissible), it does come packed with vitamin C. In fact, a single 6-ounce serving contains about 130-percent of your daily requirement.

Vitamin C, as you may know, plays an important role in boosting our immune systems and giving us what we need to prevent irritating head colds and the flu from settling in. This is particularly useful if you’re at risk of developing some kind of infection, meaning it should be a go-to food choice for those with small children in school and those who spend lots of time surrounded by other people, like individuals who work in an office environment. 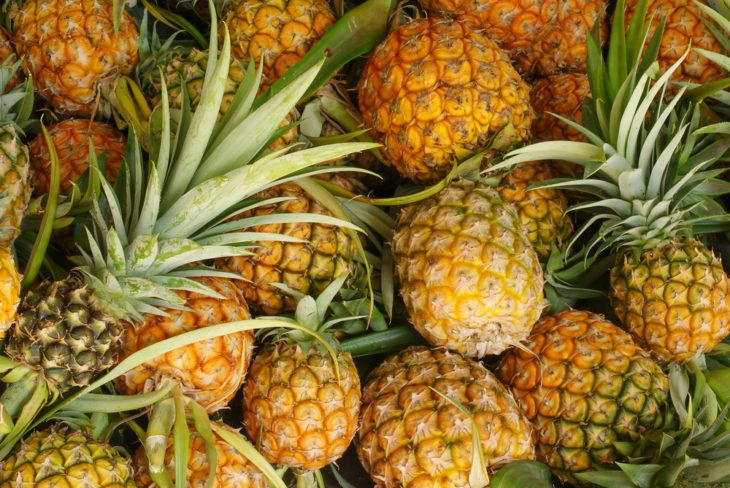 Manganese may not be the most well-known nutrient, but that doesn’t mean it should be ignored. That’s because it plays an important role in helping prevent the weakening of bones through osteoporosis, the decline of our joints via osteoarthritis, and the reduction of iron in our blood, a condition known as anemia. Manganese may also help alleviate some of the symptoms associated with premenstrual syndrome, or PMS. Given that these are all conditions affecting women, manganese is an important nutrient for this demographic.

And you can find a surprising amount of manganese in a typical 6-ounce serving of pineapple. In fact, that amount, representing a few chunks of the fruit, contains roughly three-quarters of your daily requirement. 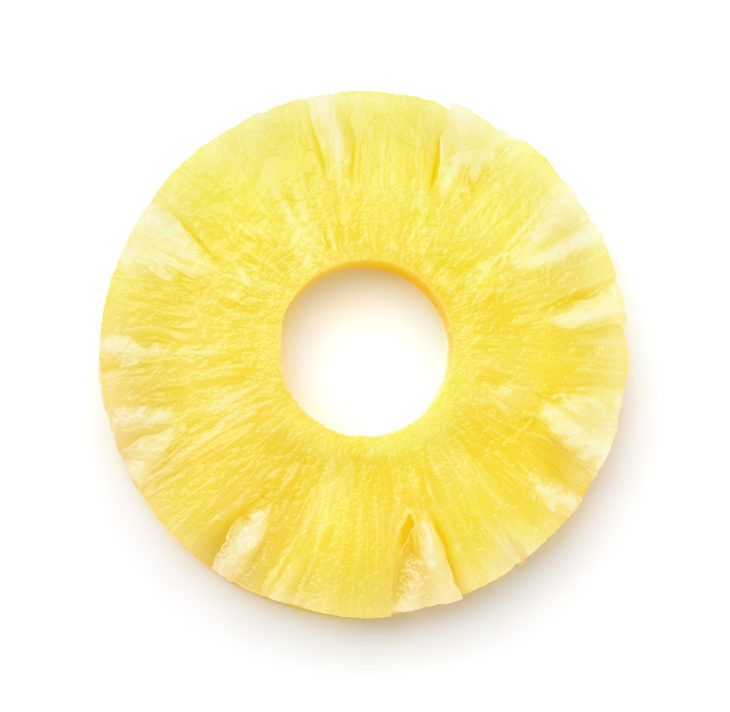 Moderate Amounts of Many Vitamins, Minerals

While pineapple contains loads of vitamin C and manganese, no other vitamins or minerals can be found in such high quantities. That said, it does provide moderate amounts of a variety of valuable nutrients, with a single 6-ounce serving of the fruit containing roughly one-tenth your daily requirement of vitamin B6, copper, and thiamin. 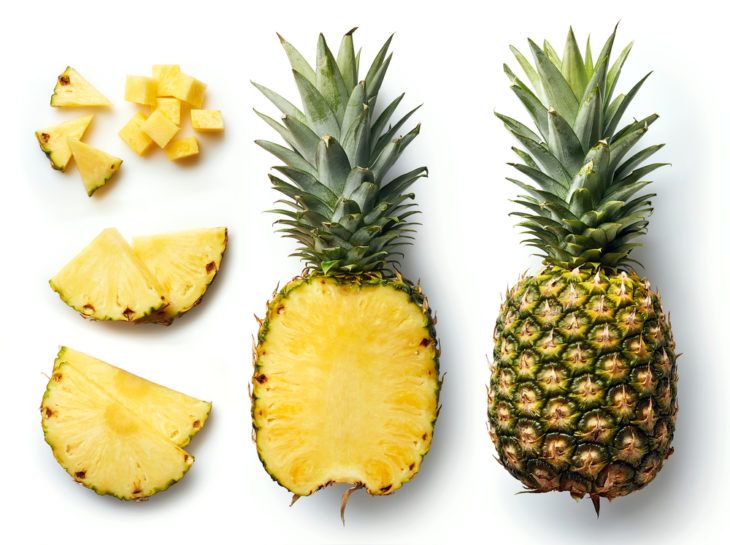 If you’re not familiar with antioxidants, they’re molecules that can assist your body in fighting off oxidative stress, a state in which free radicals can cause significant damage to the body’s cells and immune system. The resulting inflammation can lead to the development of serious diseases, some of which may be life-threatening.

In addition to being ridiculously flavorful and packed with vitamins and minerals, pineapples are also high in antioxidants. In fact, the antioxidants contained within the average pineapple are particularly helpful, as they’re the type that are more likely to withstand harsh conditions within the body and produce positive effects for an individual’s overall health. 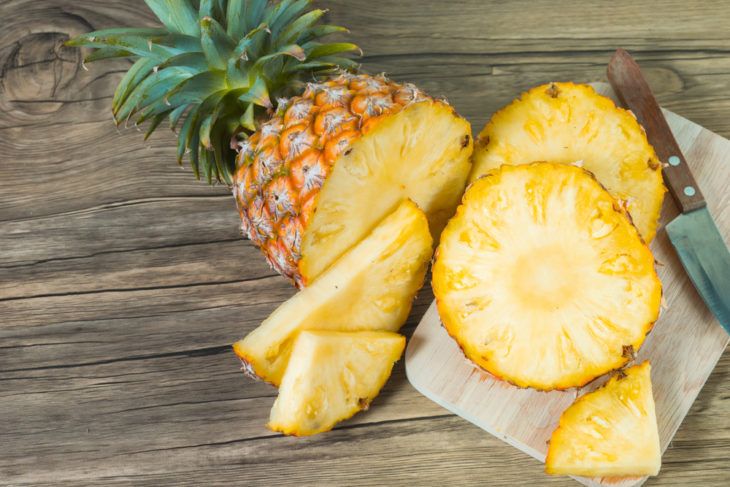 Just about anyone can use some help with digestion. Digestive problems, from heartburn to upset stomach to diarrhea, are some of the most common and annoying health issues out there. Anyone with a food sensitivity, such as an allergy to gluten or lactose, knows that eating the wrong thing can ruin your day surprisingly quickly.

Pineapple can actually help with digestion because it contains a group of enzymes known as bromelain. These enzymes can help the body deconstruct the protein we eat, helping move our food faster and more efficiently through the digestive system. This also means that the body is more effective at absorbing the nutrients in your food. This makes pineapple a surprisingly good food choice for individuals with pancreatic disorders that can make digestion problematic. 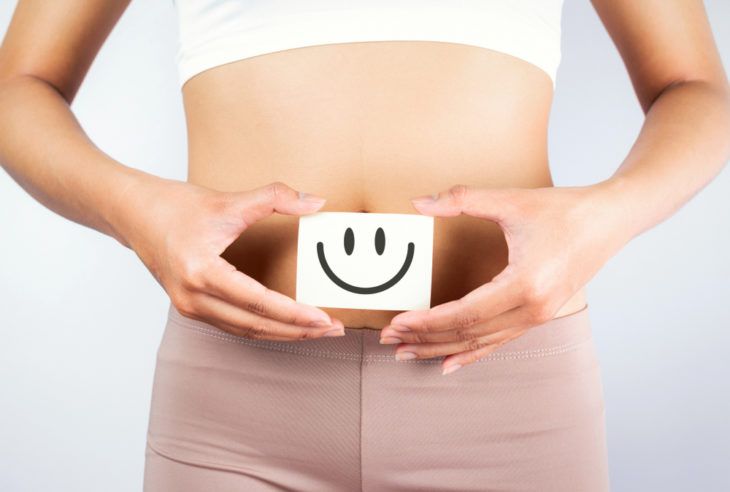 There are few diseases more feared than cancer, which is why many manufacturers of food products that include cancer-fighting properties openly boast about their ability to ward off this frightening health concern. In reality, though, many of the most effective cancer-fighting foods are totally natural — like fruits and vegetables.

In that list you can find pineapple, which has been shown to help reduce the risk of certain types of cancer. This is due to pineapple’s large supply of antioxidants, which have been shown to help fight free radicals that can cause infection and inflammation. In fact, test-tube studies have shown that bromelain, one of the digestive enzymes found in pineapple, could prevent or suppress the development of cancer cells associated with breast, colon, and skin cancer, among others. 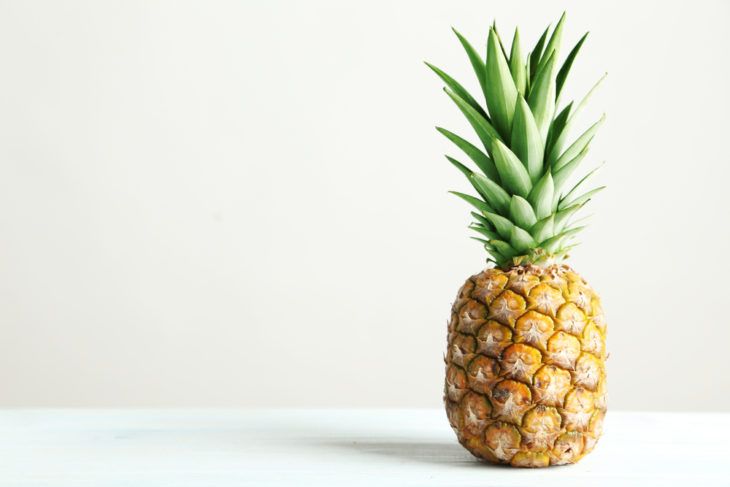 It’s absolutely crucial that your immune system functions as it should at all times. That’s because a weakened immune system can leave us vulnerable to infections of all kinds, from the minor (like head colds and the flu) to the vastly more serious, like cancer. That’s why it’s important to regularly consume foods that have the potential to give our immune systems a boost.

Regularly eating pineapple can help with this because it contains antioxidants and enzymes that can work together to reduce the impact of free radicals and limit our vulnerability to inflammation. In fact, studies have shown that children who regularly ate pineapple were at lower risk of  developing both bacterial and viral infections, including those that could prove life threatening. 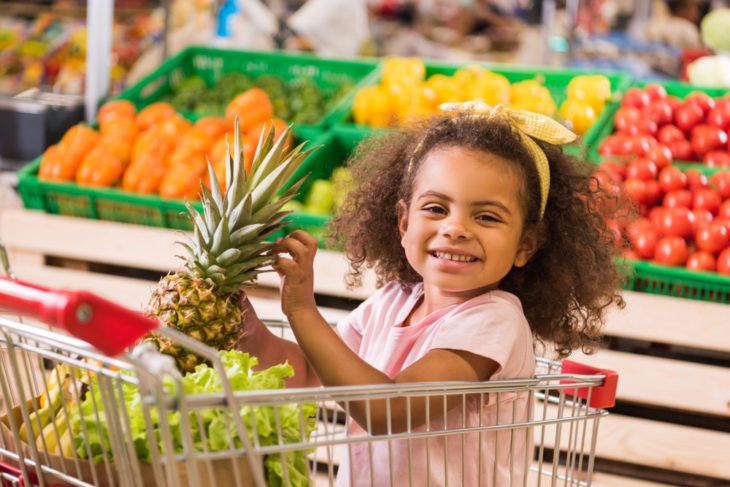 Arthritis is one of the most prevalent health problems in North America, with roughly 50 million people in the United States alone affected by the condition. The pain and discomfort that accompanies this problem can make even the most simple and straightforward activities difficult, and may prevent individuals from continuing with some of their favorite pastimes.

That’s why it’s so important to consume foods that are shown to help fight inflammation and limit the overall impact of arthritis. Because pineapple contains the enzyme bromelain, which has been shown to help reduce inflammation, eating the fruit on a regular basis can help arthritis sufferers alleviate some of the pain and discomfort associated with the condition. 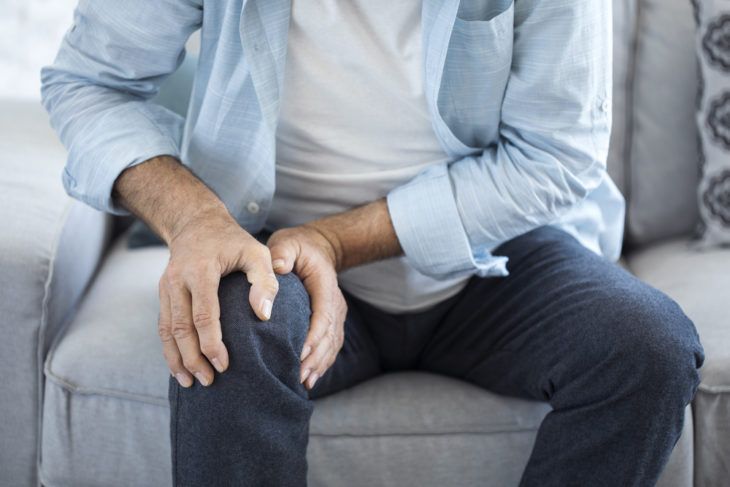 As discussed elsewhere on this list, the enzyme bromelain can help the body fight off inflammation, thereby giving it the tools required to limit the impact of conditions like arthritis and, potentially, prevent both minor and major infections from settling in.

For similar reasons, bromelain and pineapple can help an individual recover from both minor and major trauma, from a particularly intense cardiovascular workout (minor) to a sports injury (moderate) to surgery (major). By limiting inflammation, the bromelain in pineapple can put individuals on the road to recovery and may help alleviate the need for anti-inflammatory medications that may come with some moderate or even major side effects. 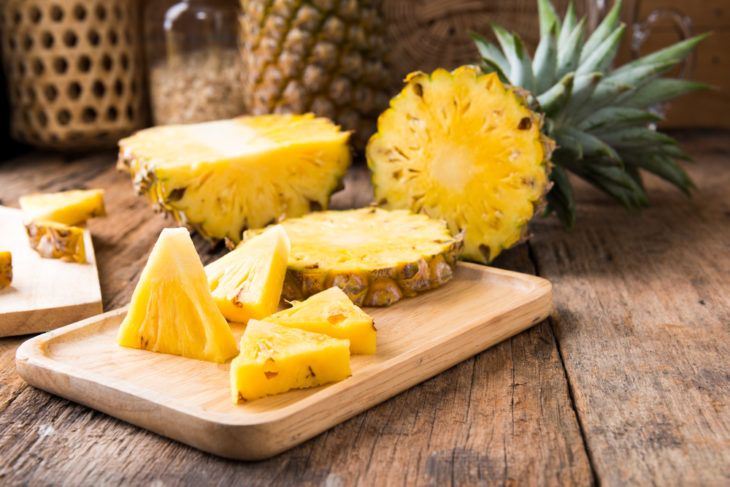 Pineapple can help with this thanks to its anti-inflammatory properties, which may help reduce swelling in the uterus — a frequent cause of infertility in women — and improve conditions for pregnancy. The anti-inflammatory enzyme contained in pineapple, bromelain, has also been shown to help thin the blood, an effect that many experts believe may help a fertilized egg become implanted in the fallopian tube. Overall, this means couples looking to become pregnant should be adding pineapple to their diets. 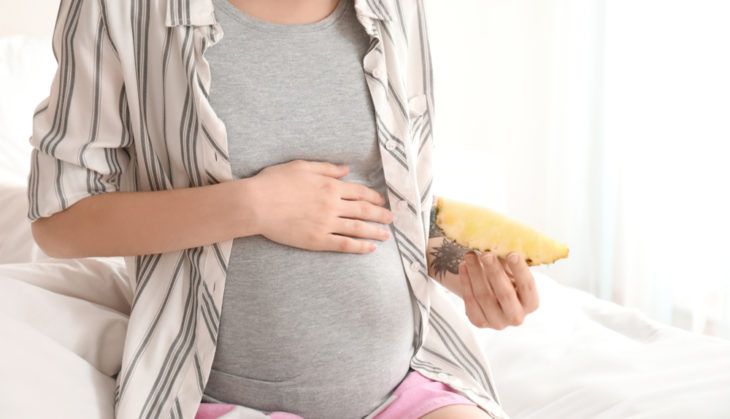